The first excursion today was to an olive oil mill. Unlike the several other olive oil mills we have visited in the past, where we walked among the olive trees, here we spent almost forty minutes standing in a hot, stuffy stairwell of an industrial building while we were lectured on how olive oil is made and why that particular company, which I shall not name, made the best. Several of us stepped outside for some cool and fresh air.

We were then led through a construction site, shown various pieces of equipment, and then taken up to a tasting room where we were told what we should be sensing in the various samples. I took no pictures worth showing here, and quietly told Luca that this experience was not good.

The day got a lot better, though. We had a cooking lesson, from a woman named Cristina, in making pasta from scratch. We made Orecchiette (small ear) by taking the dough, rolling it into a cylinder, cutting disks and then pushing a thumb into each disk. It was easy and fun. When we had all done this, the collected pasta was cooked (along with some Cristina had made earlier), and we had that for lunch along with thinly sliced pork cutlet that was sautéed. She had a cookbook with recipes that I could probably follow, and we bought one. 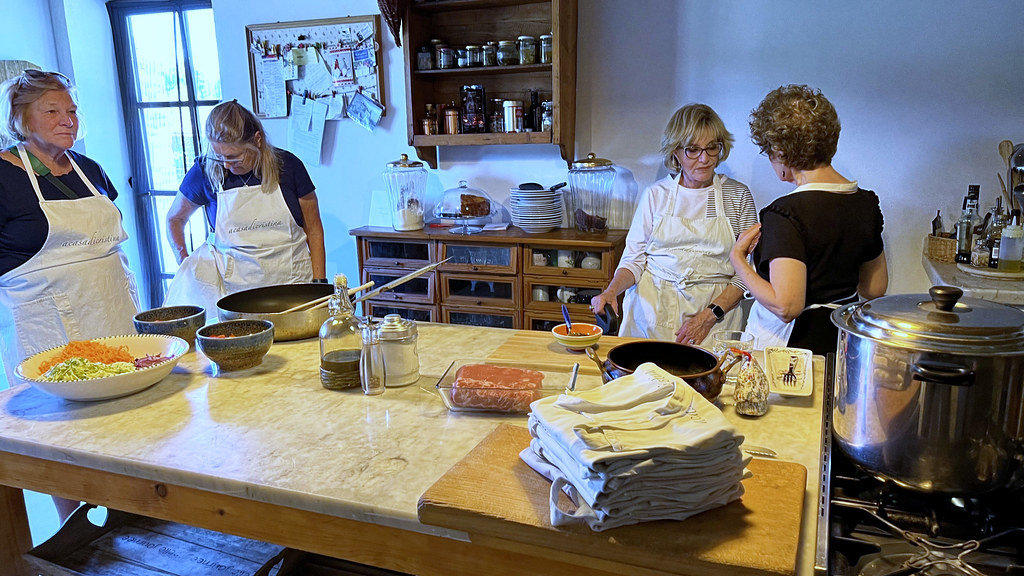 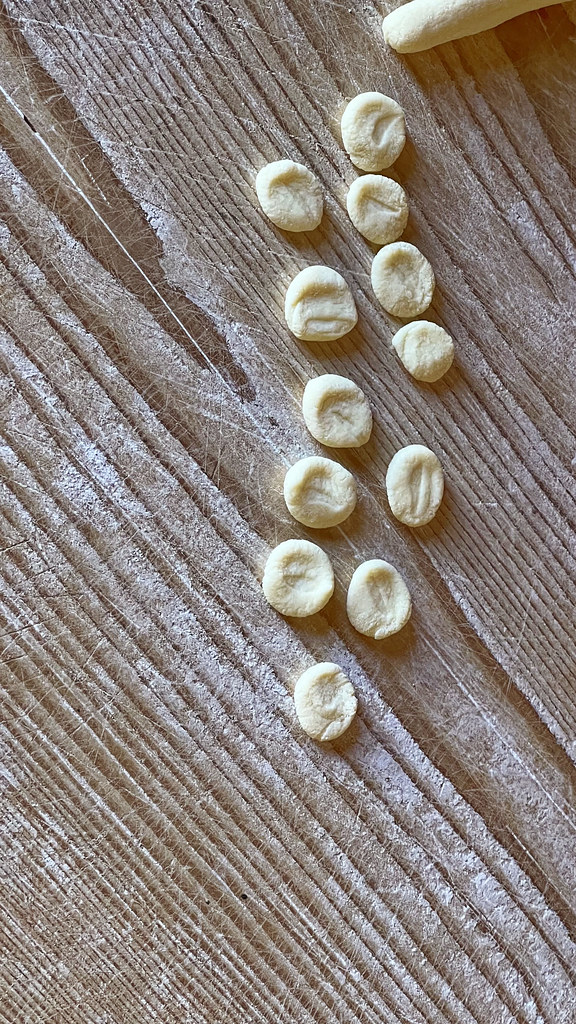 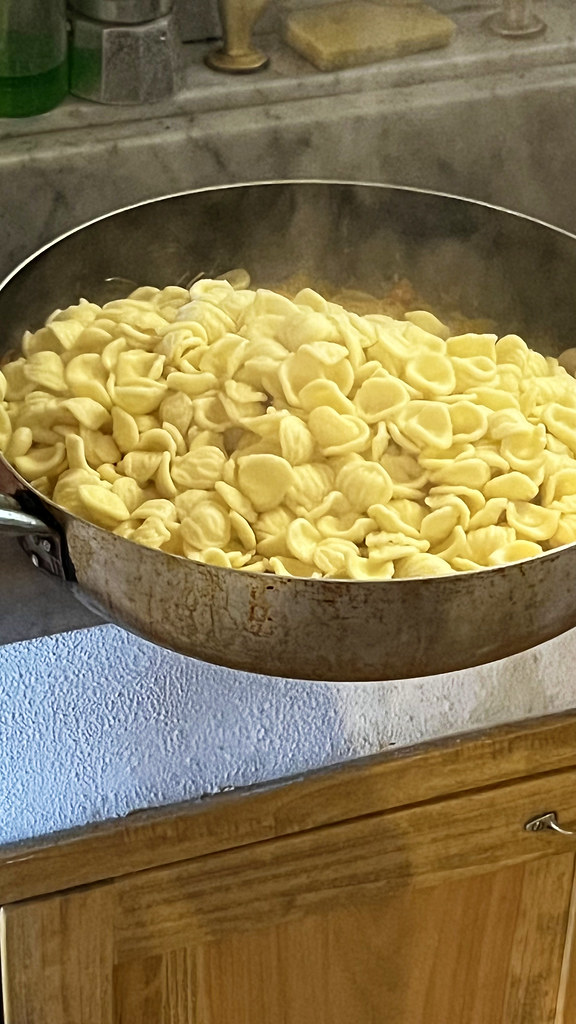 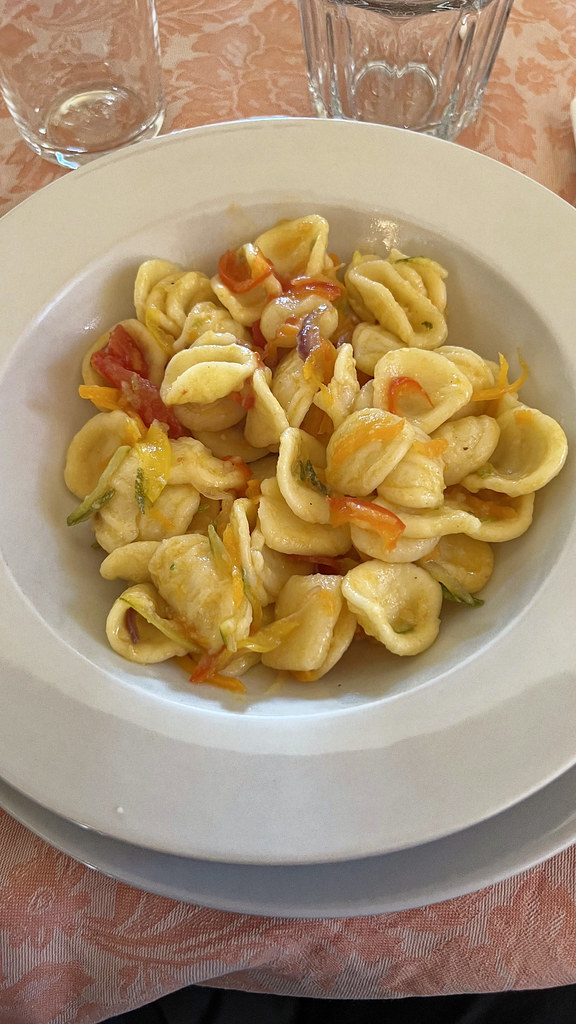 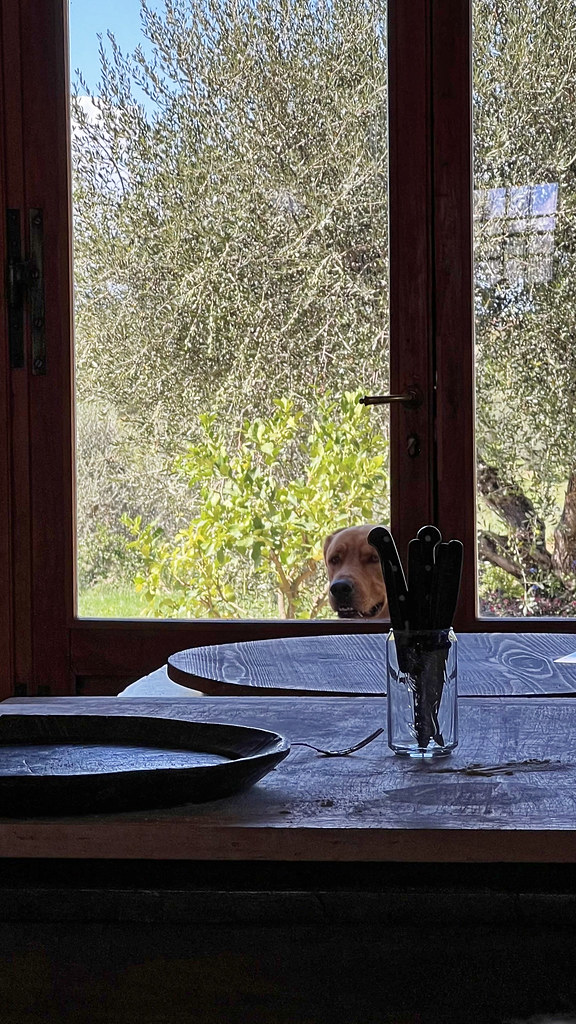 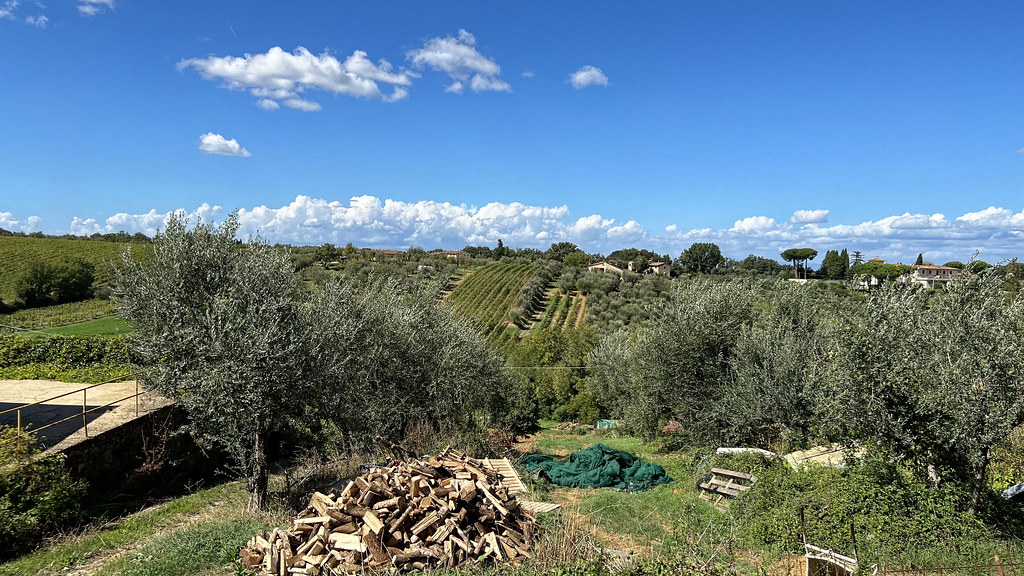 We left Villa Il Leccio in Greve and headed towards our next hotel in Pienza. The major activity today was in Siena, a very interesting town. Siena is divided into seventeen districts or contrade, each of which has an animal or symbol as a mascot (dragon, porcupine, tower, etc.) Twice each year, in July and August, a horse race called Palio di Siena is held in the central piazza, with ten horses ridden bareback by ten riders, each representing one of the districts. The path around the piazza is filled with sand and people crowd the inner square and watch from surrounding windows. The race is over in less than two minutes, and it's the horse who wins, not the rider - sometimes the rider falls off and the horse continues! The district that wins gets bragging rights and gets to hang their banner and decorate lamps throughout the town. 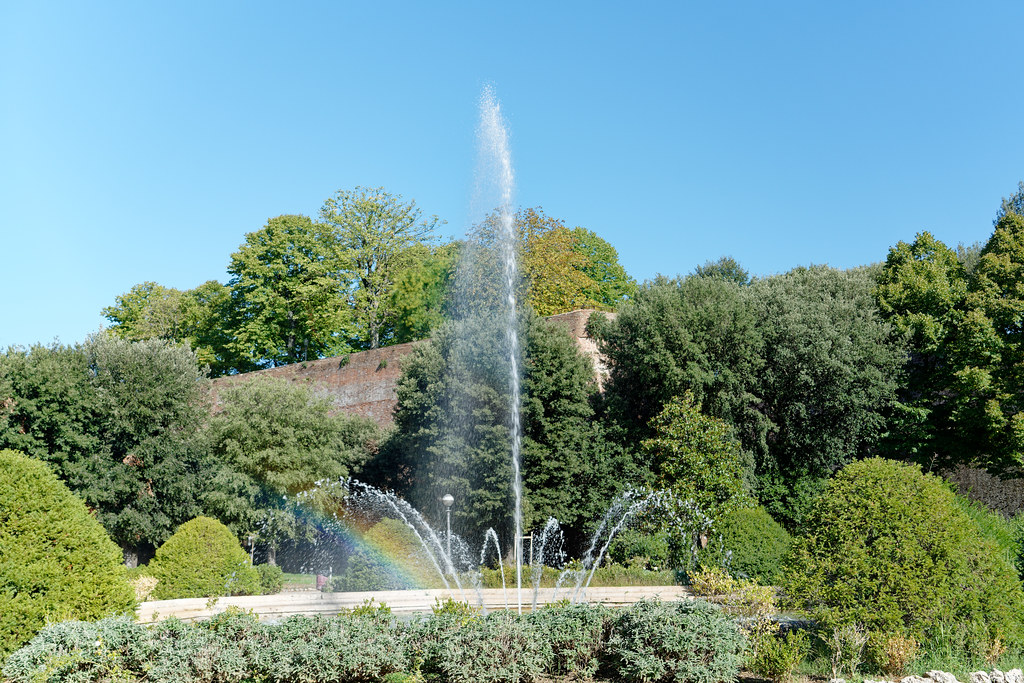 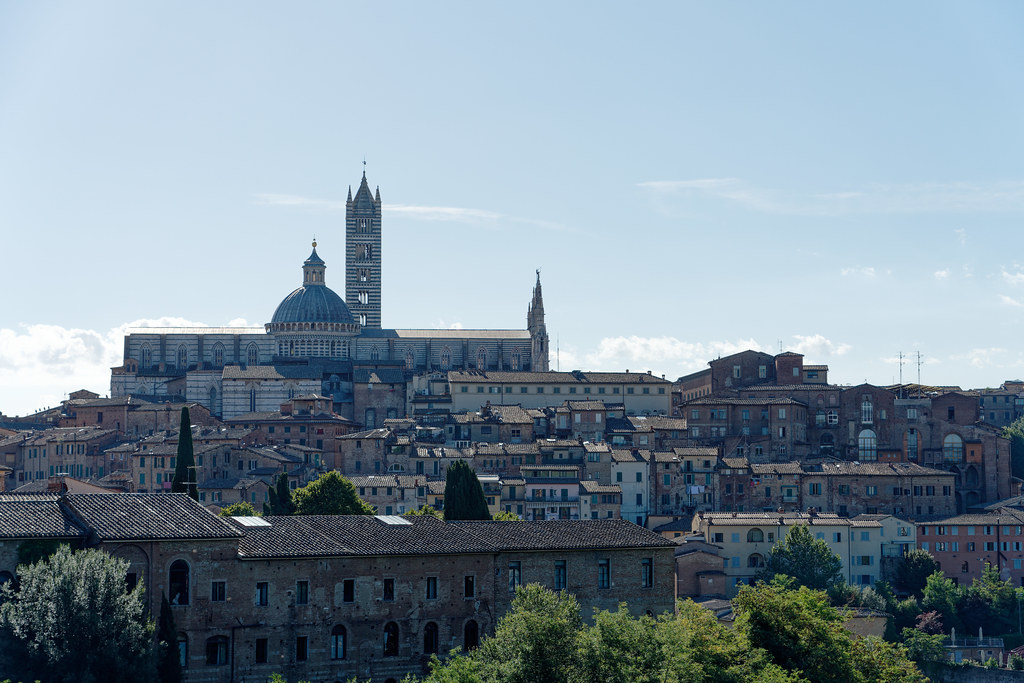 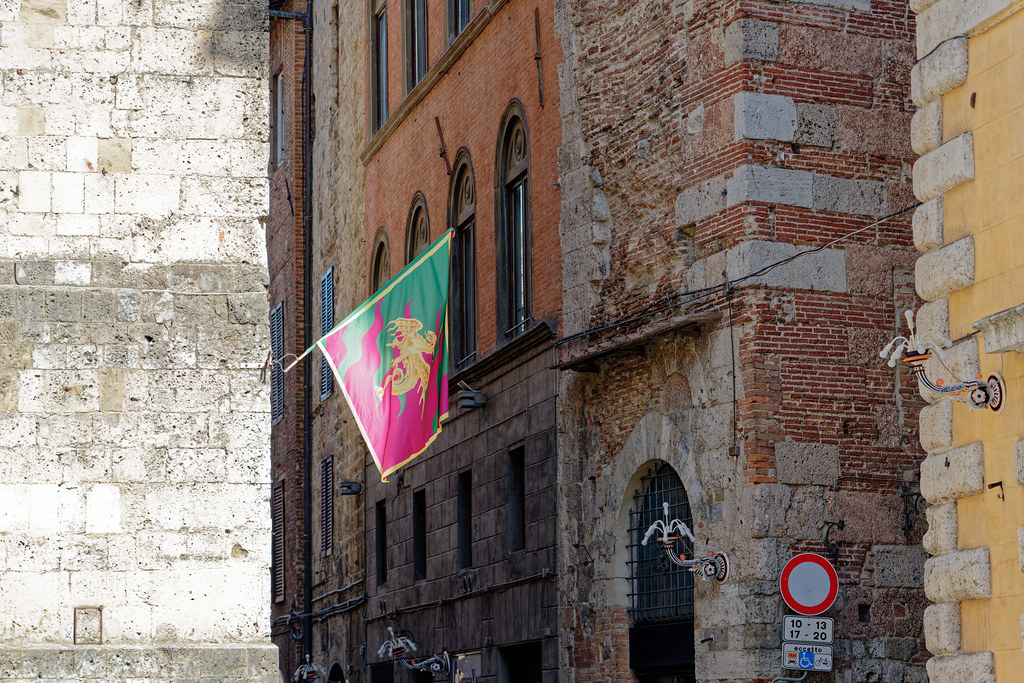 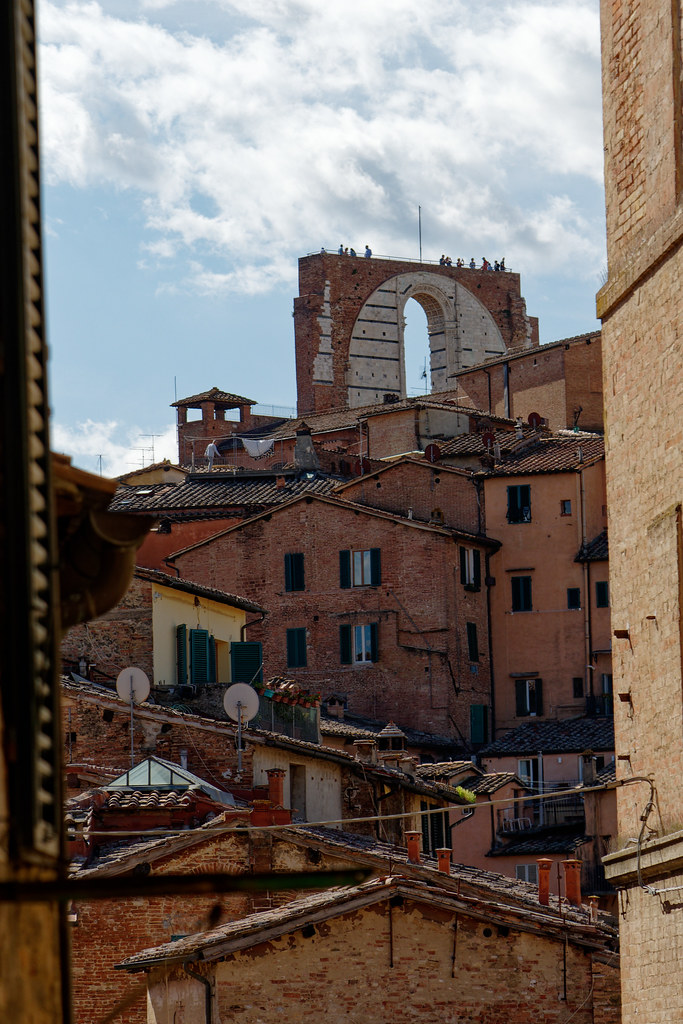 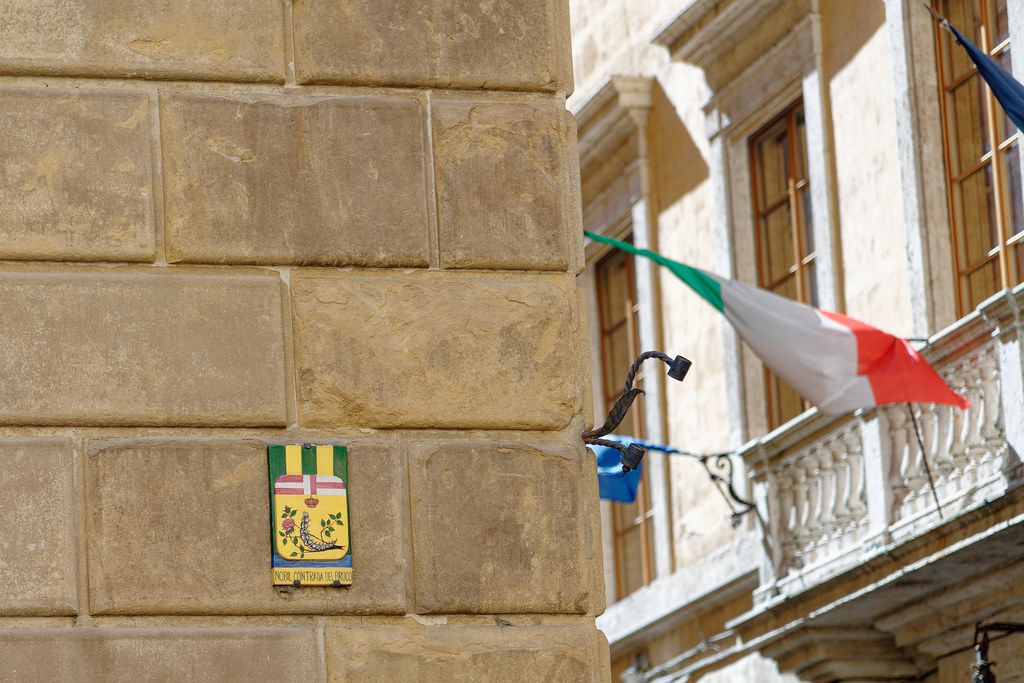 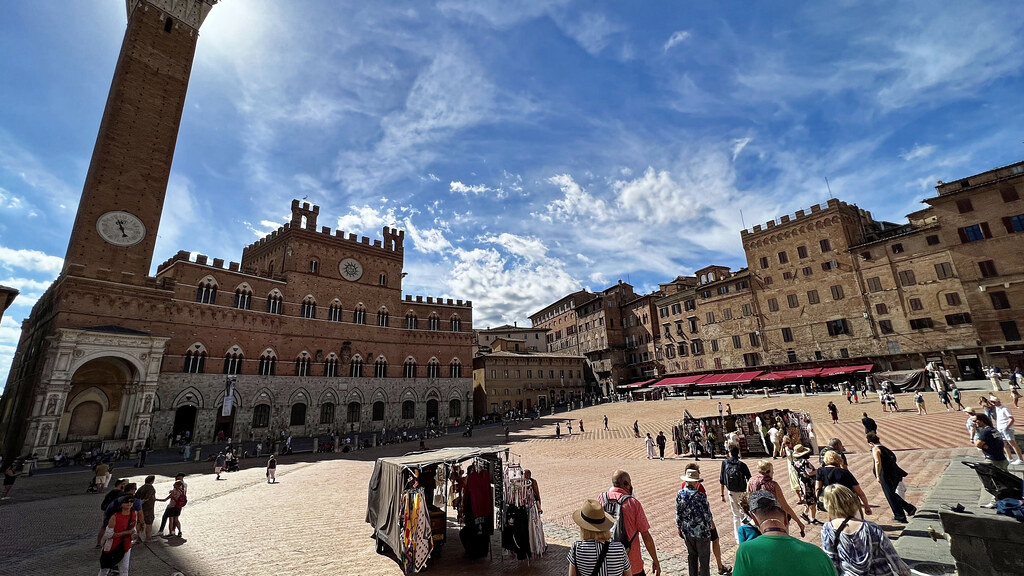 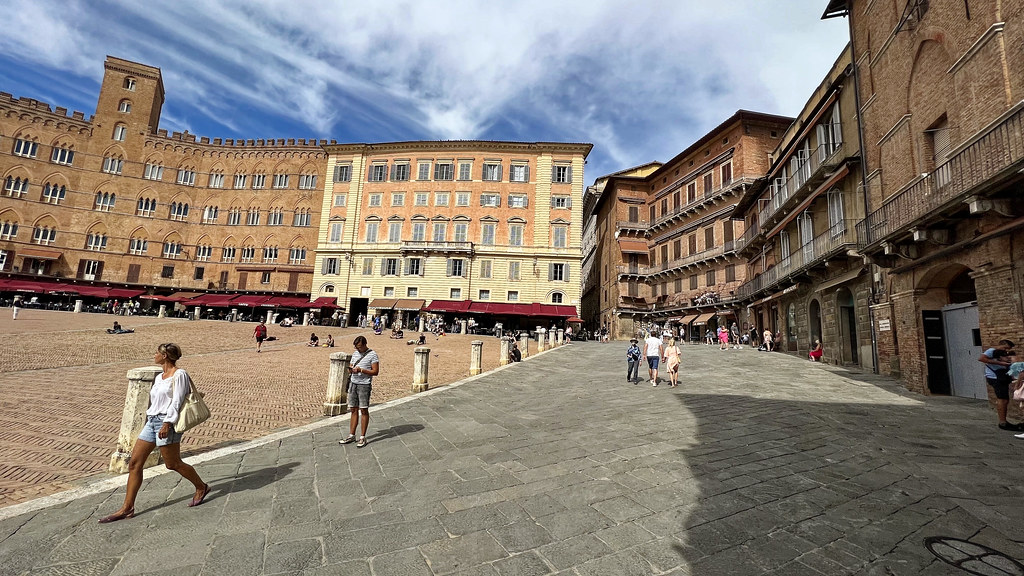 We were taken to one of the district contrade museums, where banners celebrating wins, jockey outfits and more were displayed. 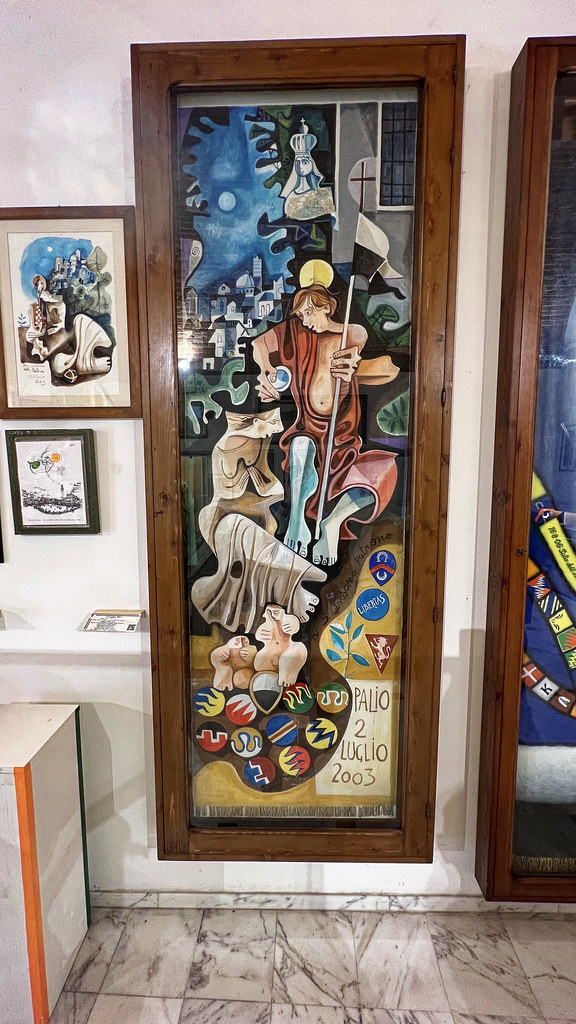 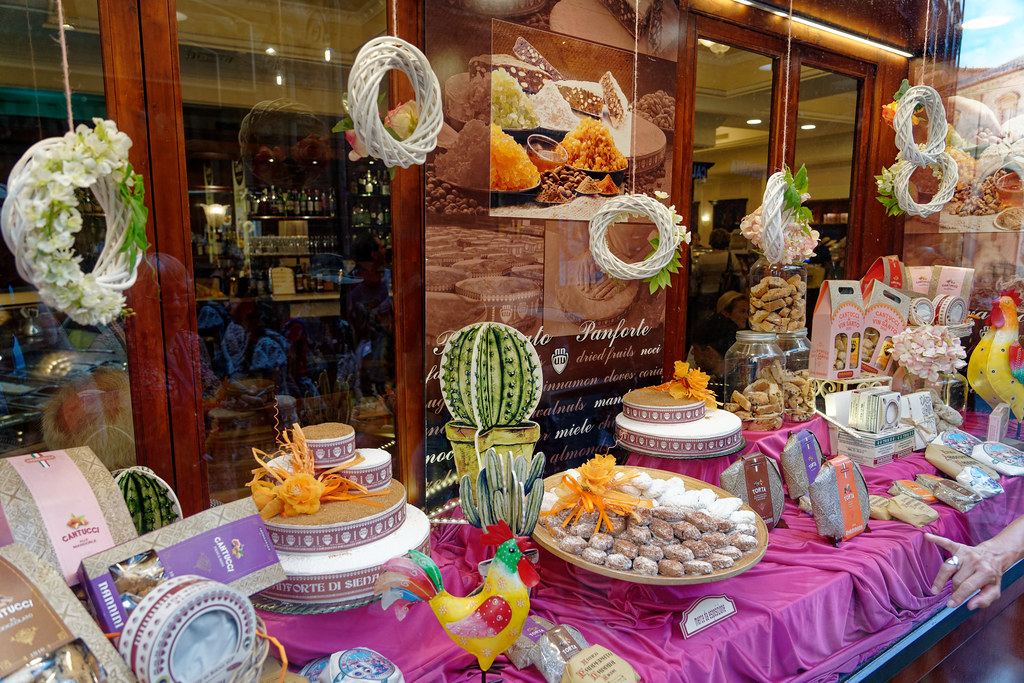 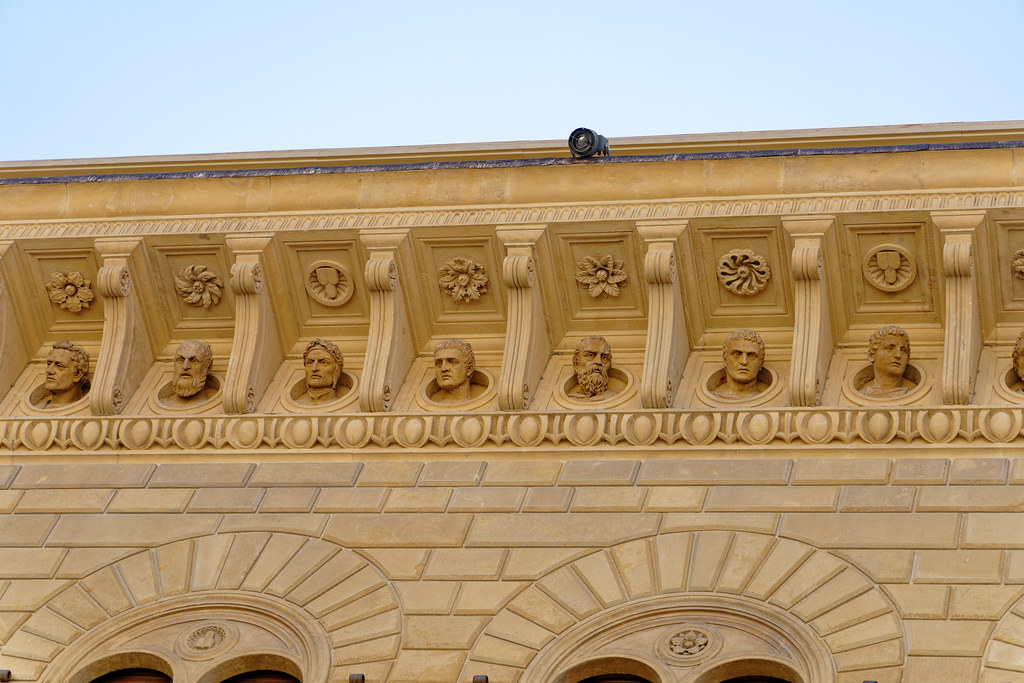 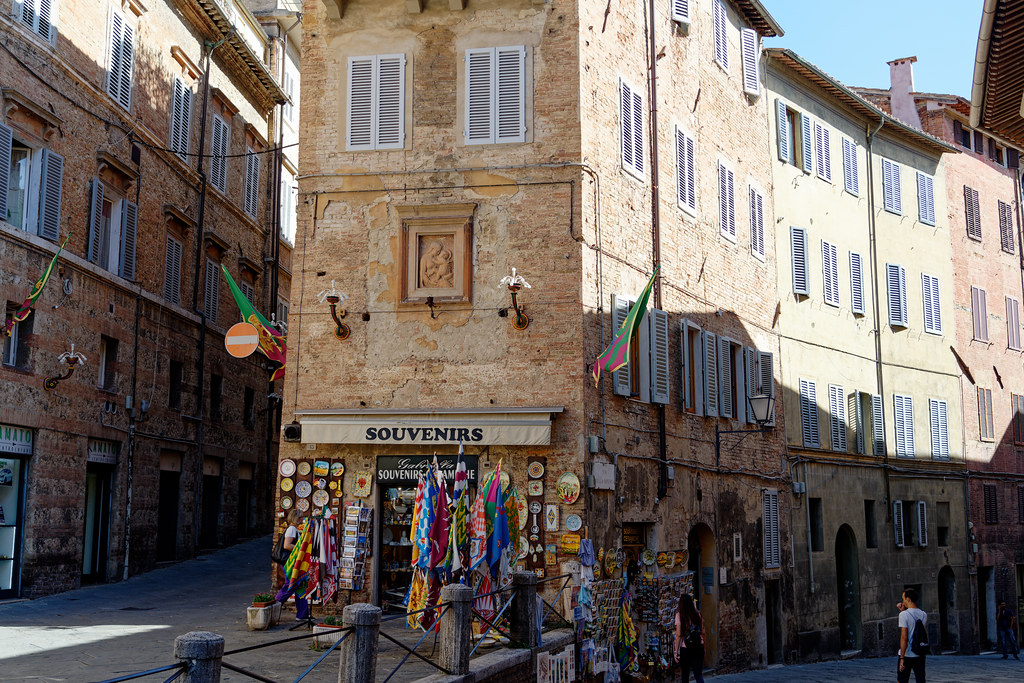 Then it was on to Pienza, and our hotel Piccolo Hotel La Valle. The full moon was just rising over the valley and I got this shot with my phone. It doesn't really represent what the human eye saw, but it's an interesting effect. 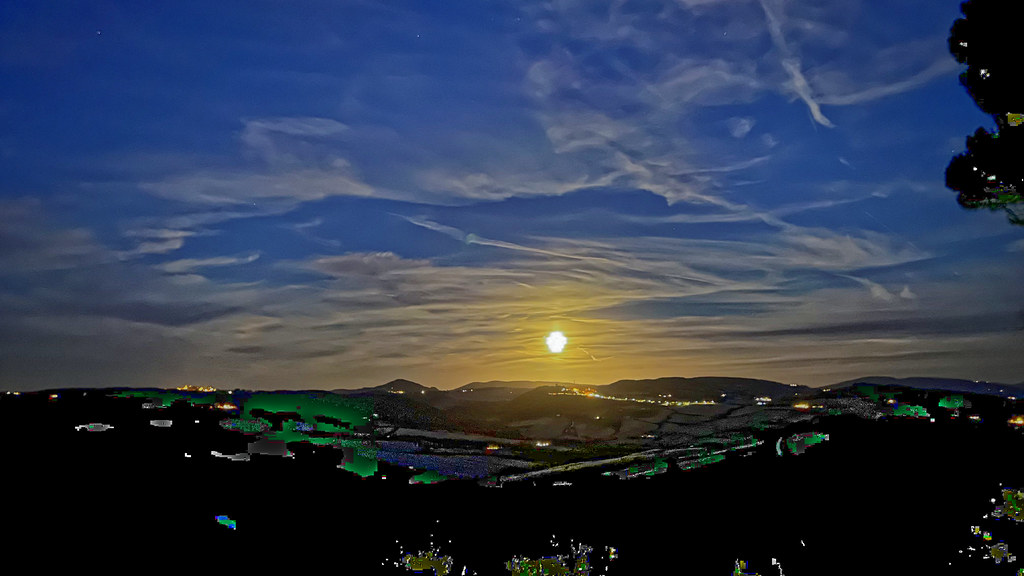 And here's what it looks like during the day. 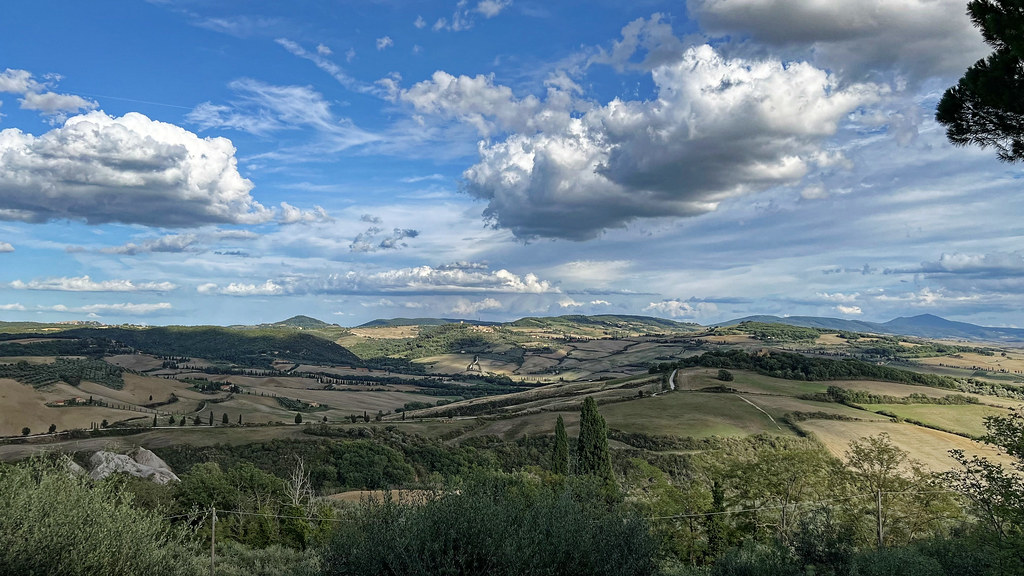 Pienza is a walled town and a UNESCO Heritage site, as were many of the other towns we visited. While we ate dinner in-town three nights, we didn't really tour the town. It was beautiful, though.