Today's excursion was to the town of Pitigliano and the ancient Etruscan necropolis at Sovana. But first we made a pit stop in the small town of Sorano. As is the custom, Luca, I, and some others had an espresso as thanks for the cafe letting us use their bathroom. 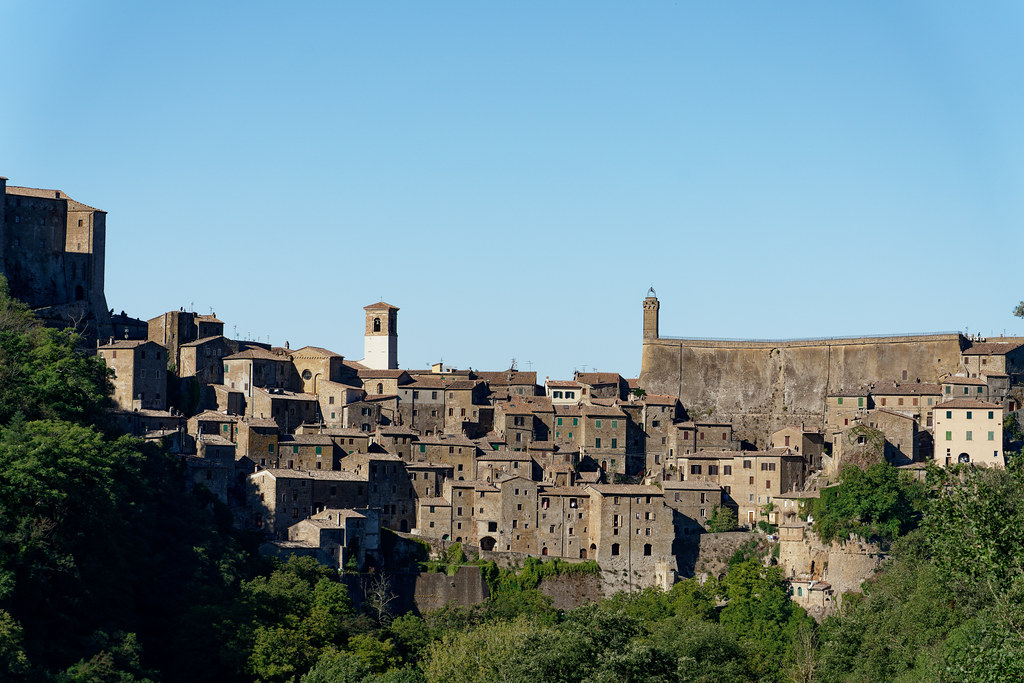 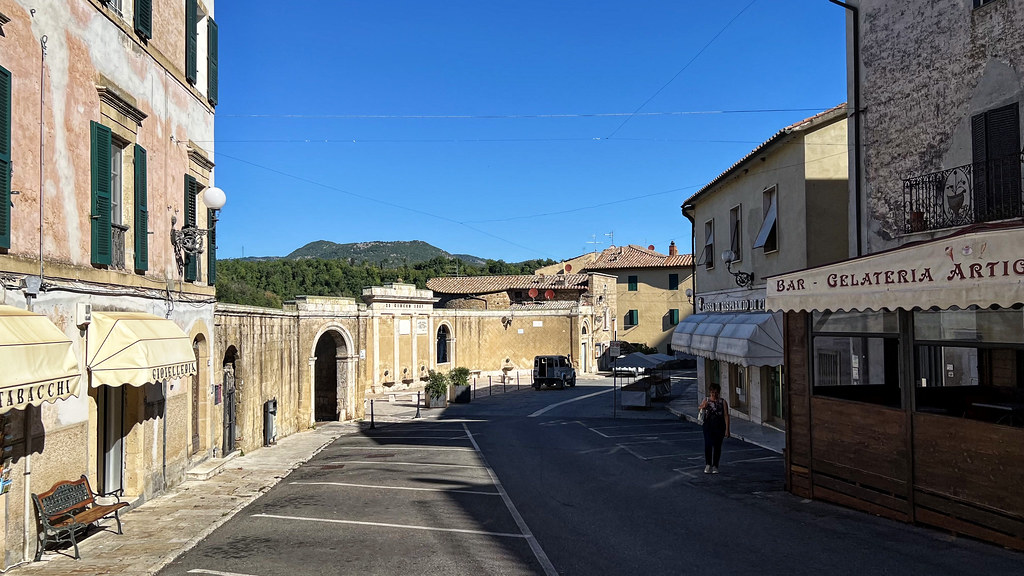 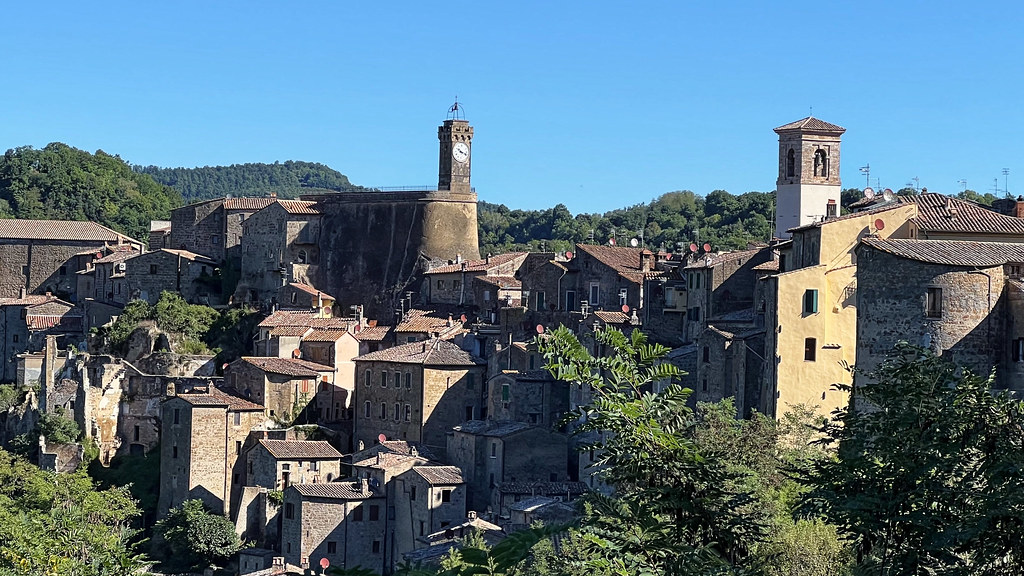 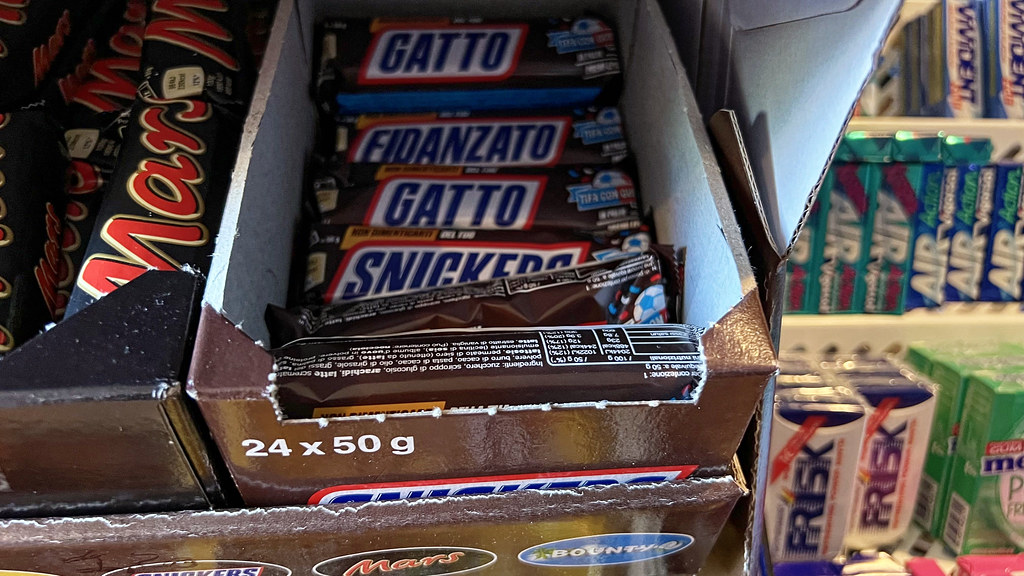 The Etruscan necropolis of Sovana is a collection of tombs carved into the tuff volcanic rock that is common throughout the area (and used for building). The tombs contained various carved figures and decorations. 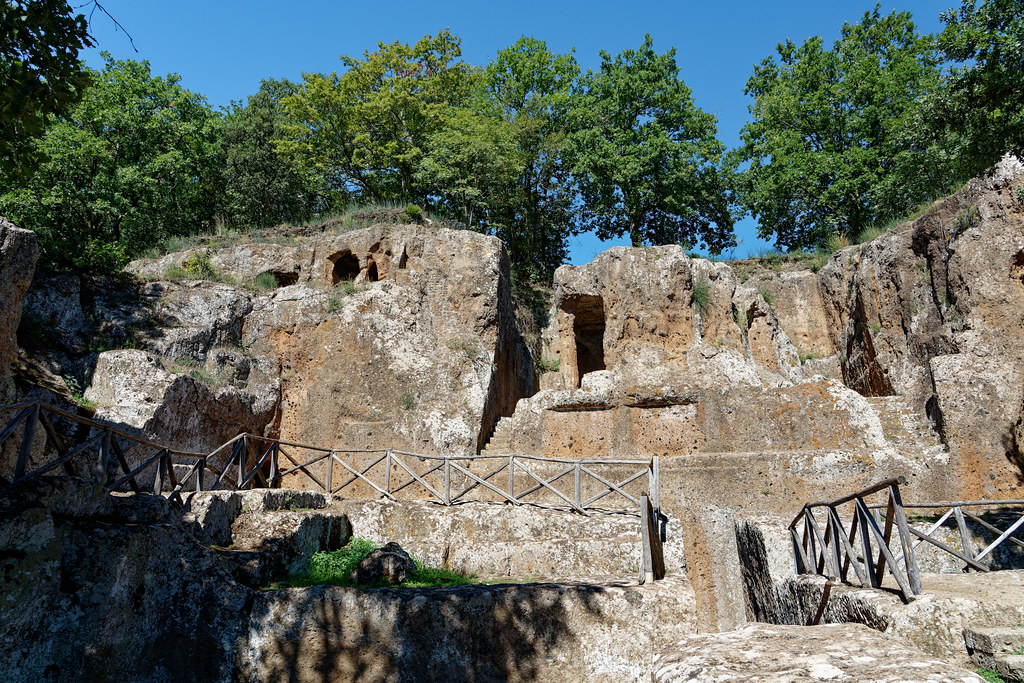 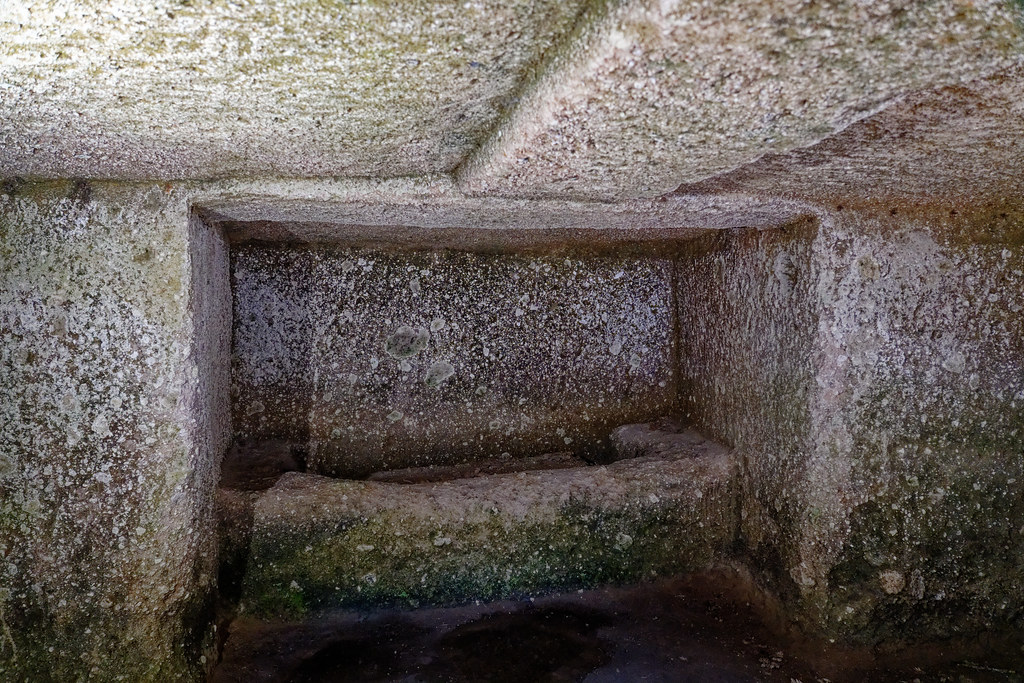 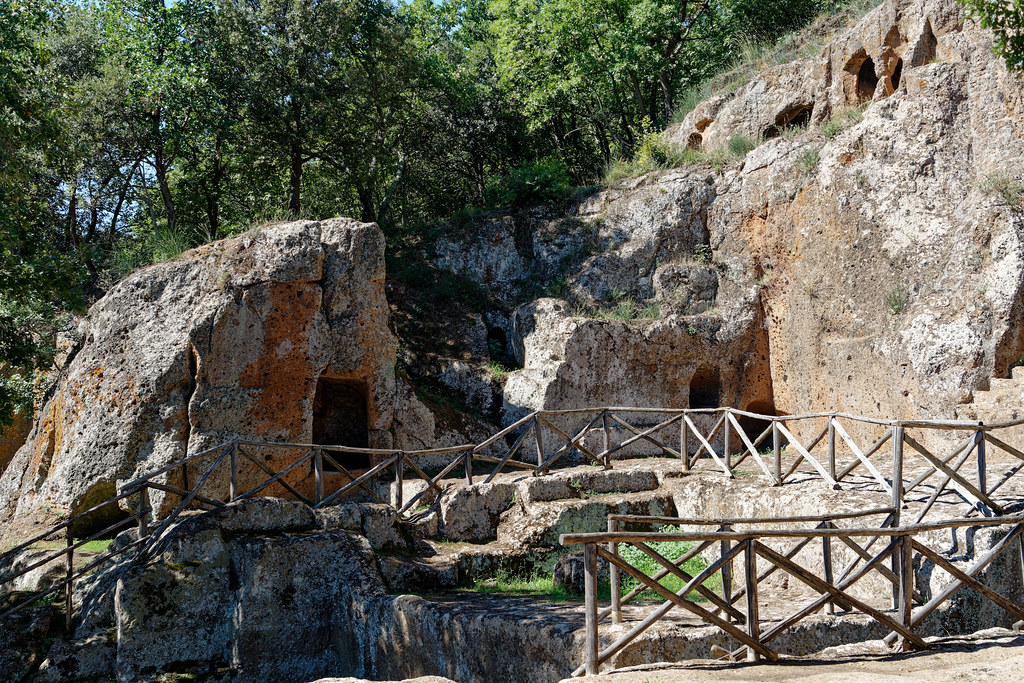 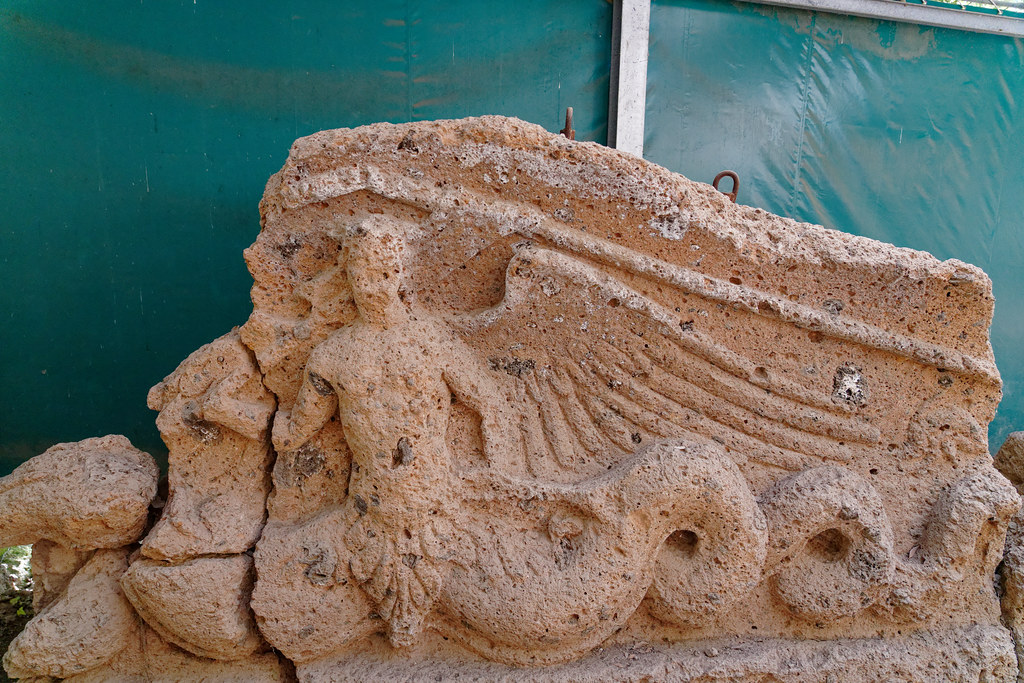 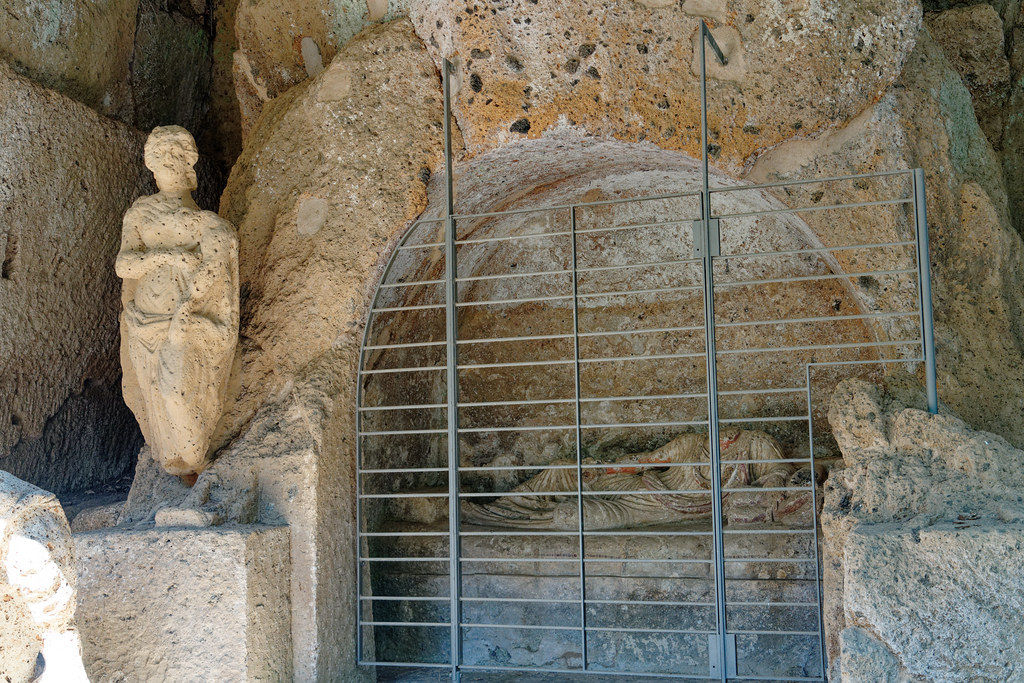 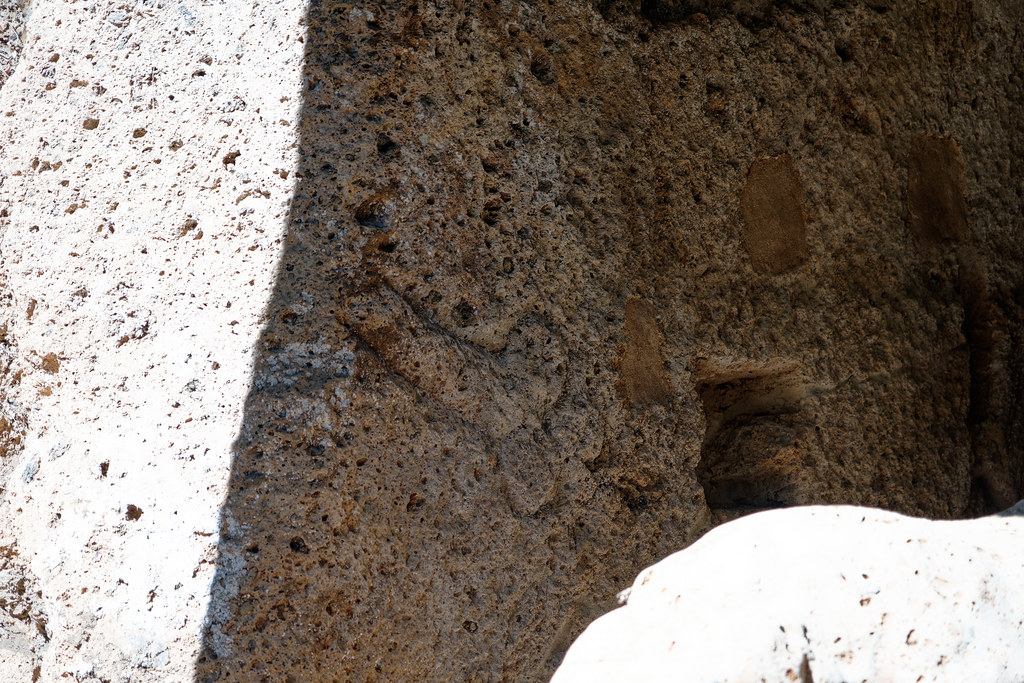 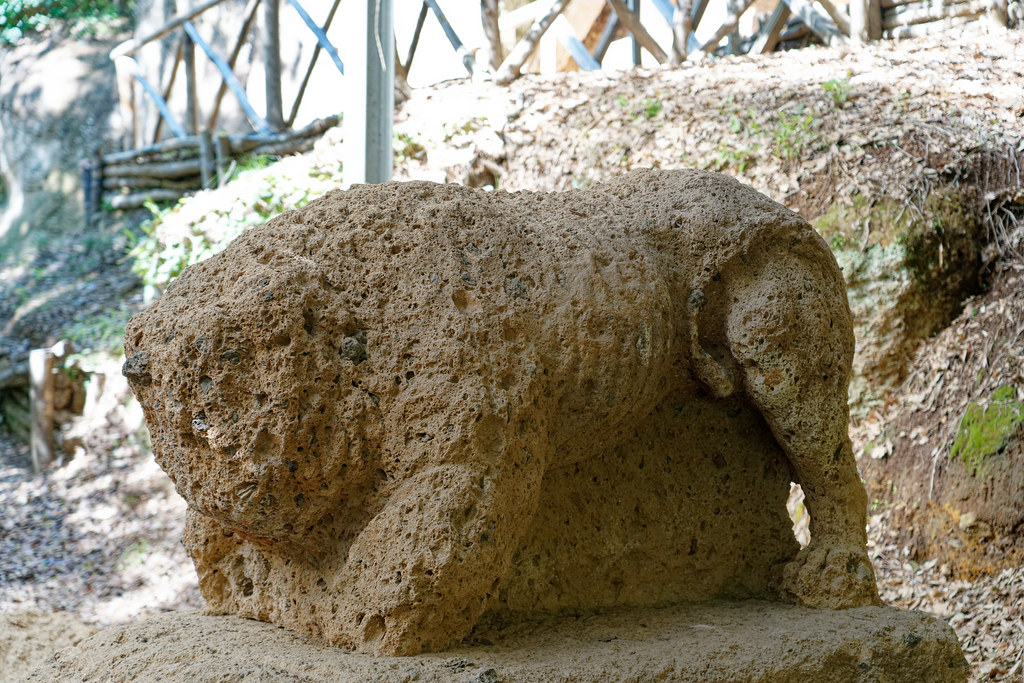 We continued on to Pitigliano, a town built into a hill (as many in the area were), that was once home to a sizable Jewish population and had its own synagogue. 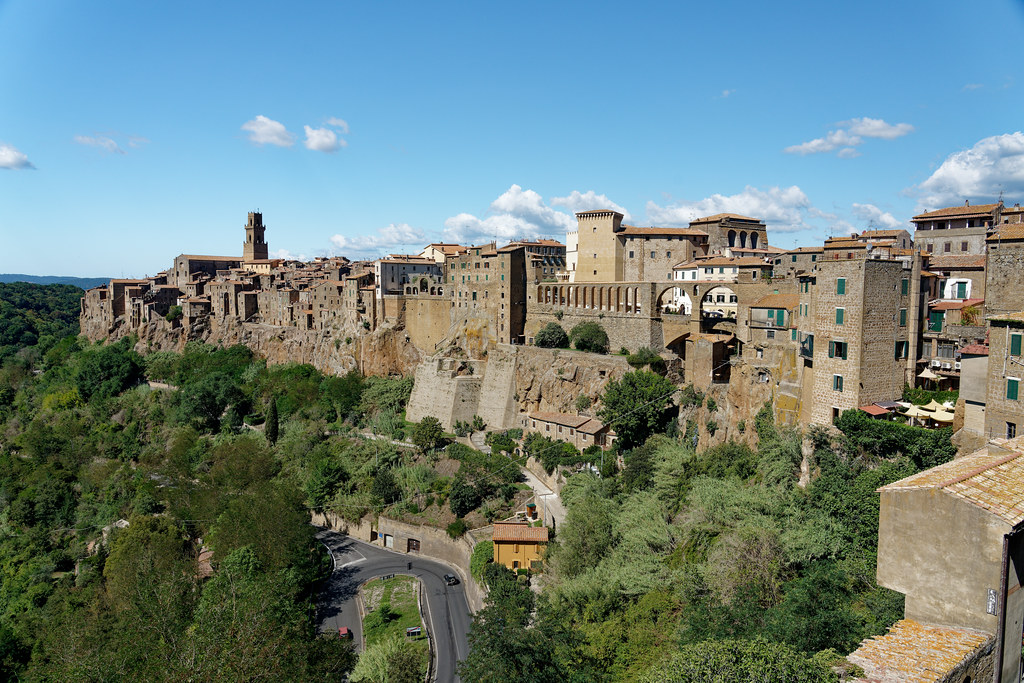 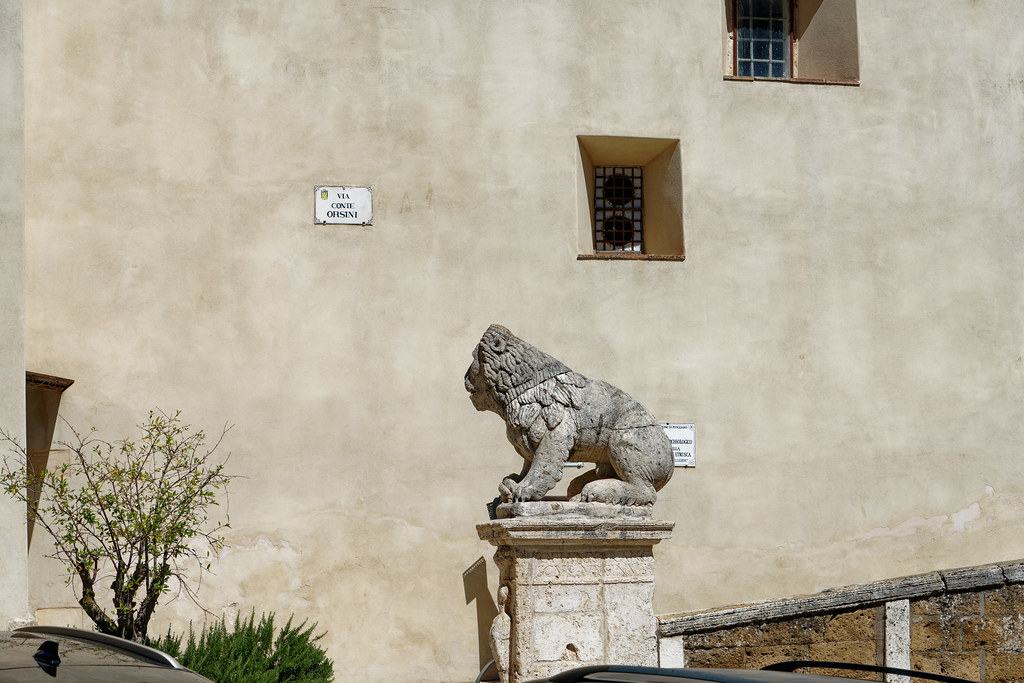 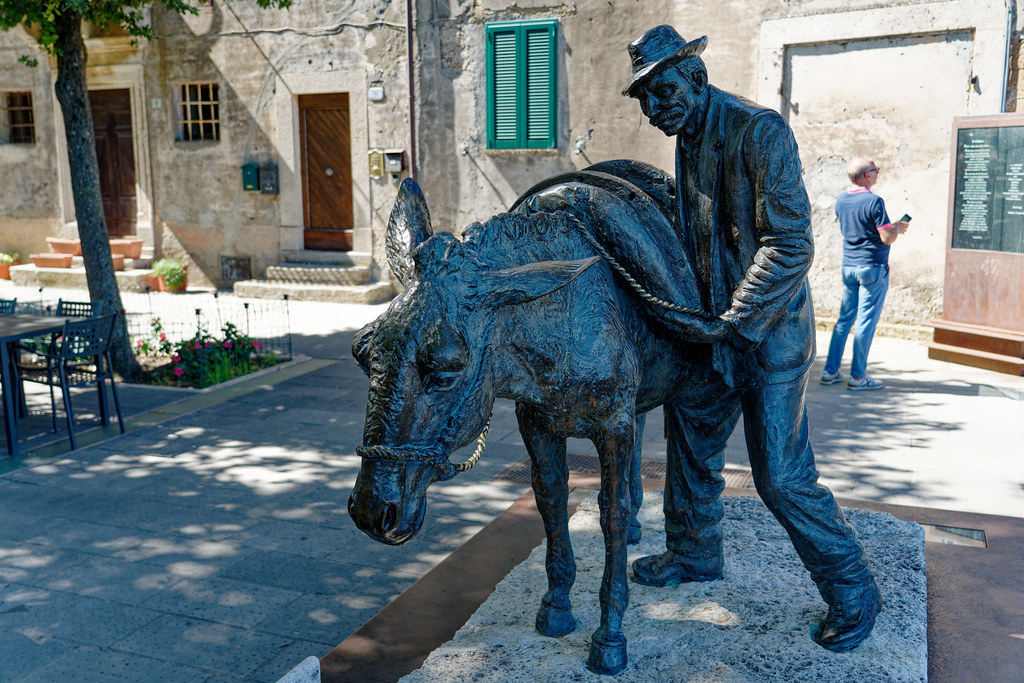 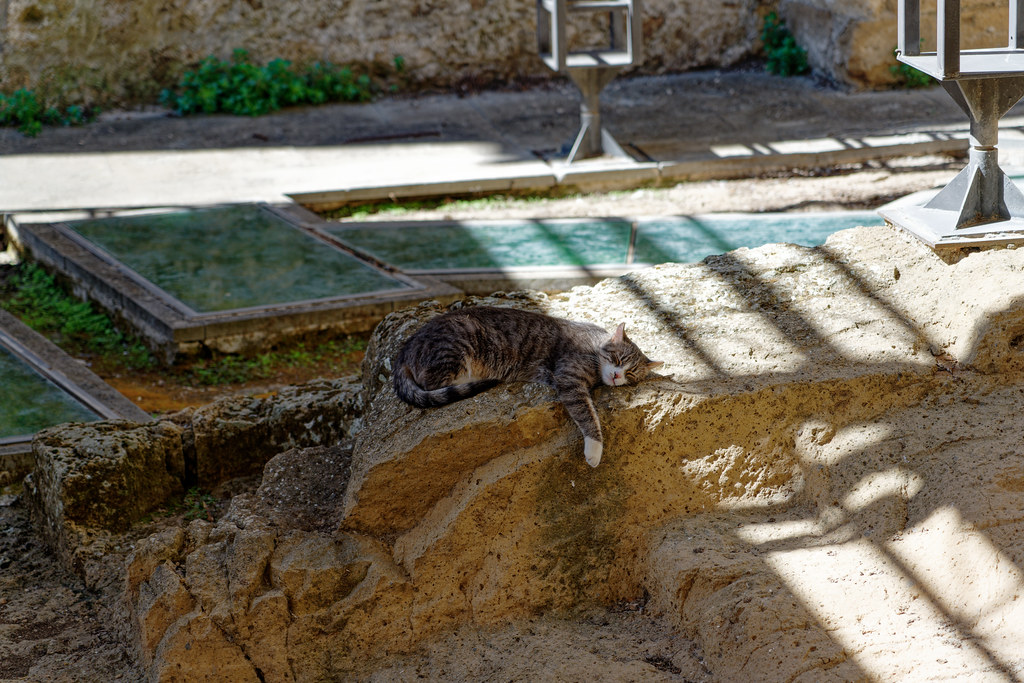 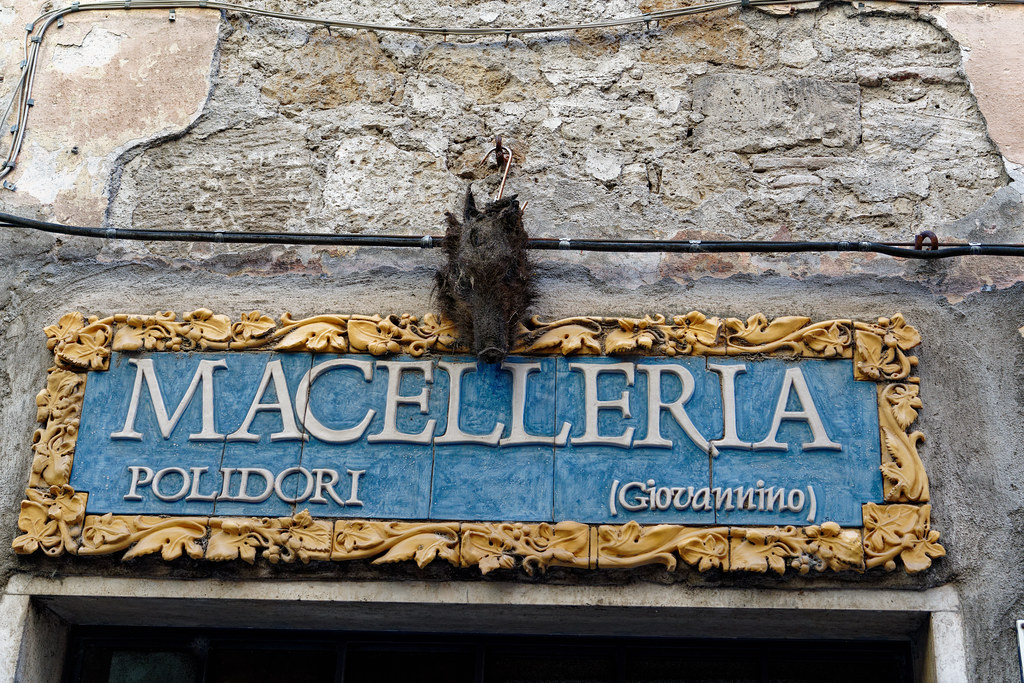 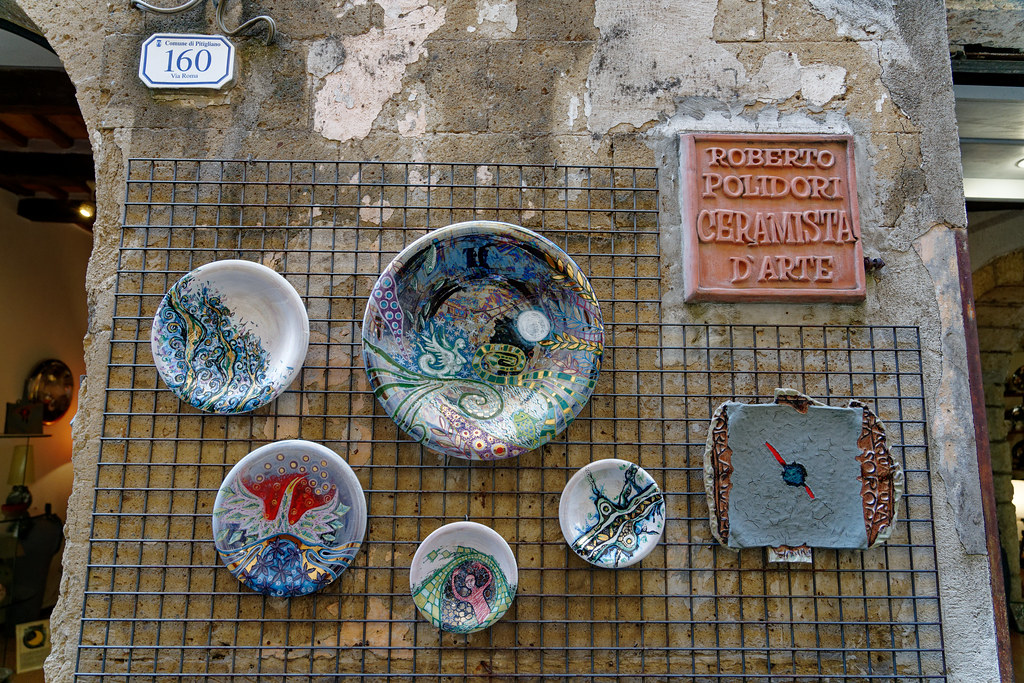 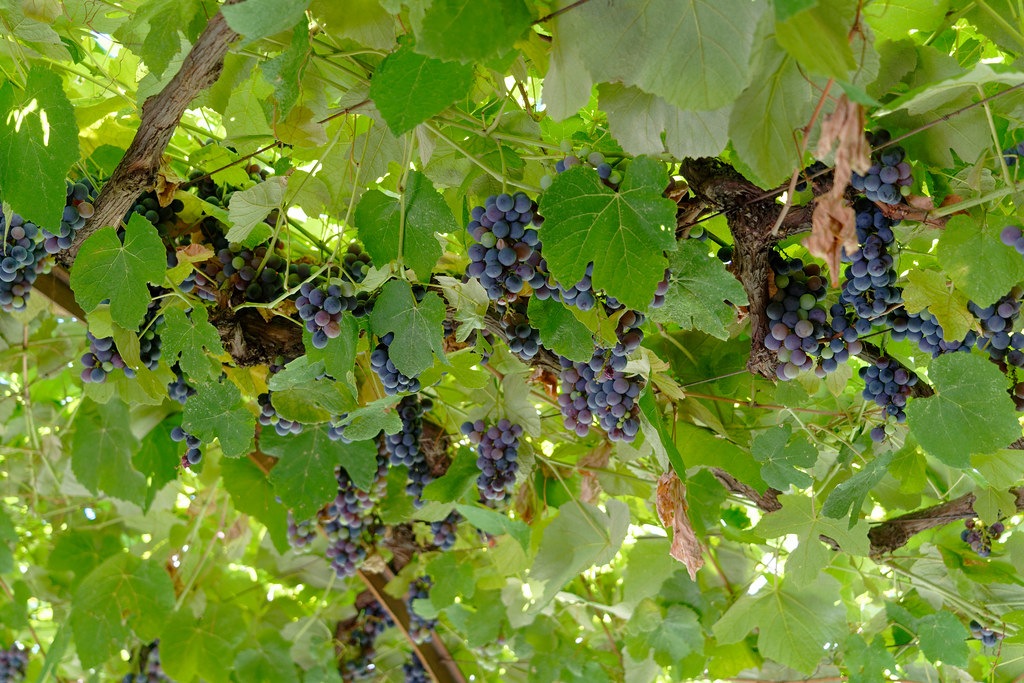 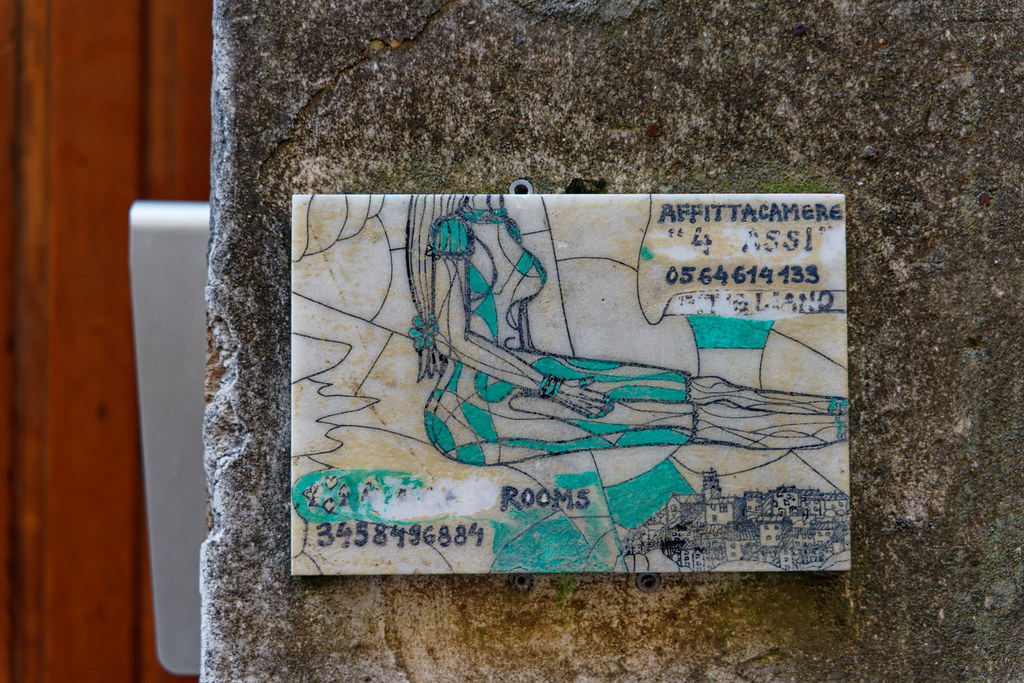 We went into the Jewish section and the synagogue, and then descended into the areas where Jews baked matzoh and stored Kosher wine. When entering the synagogue, we were told that men must wear hats as a sign of respect, as opposed to Catholic churches where men must take their hats off as a sign of respect. I always follow the desired custom, but I would often see men who didn't. Some of the men in our group borrowed hats from their wives if they didn't have a hat.

There were also paintings from the Holocaust time. I am Jewish by birth (though non-religious), and I found this visit particularly moving, especially when we were told that villagers hid Jews from the Nazis and that all those who stayed in Pitigliano survived, but those who chose to leave did not. 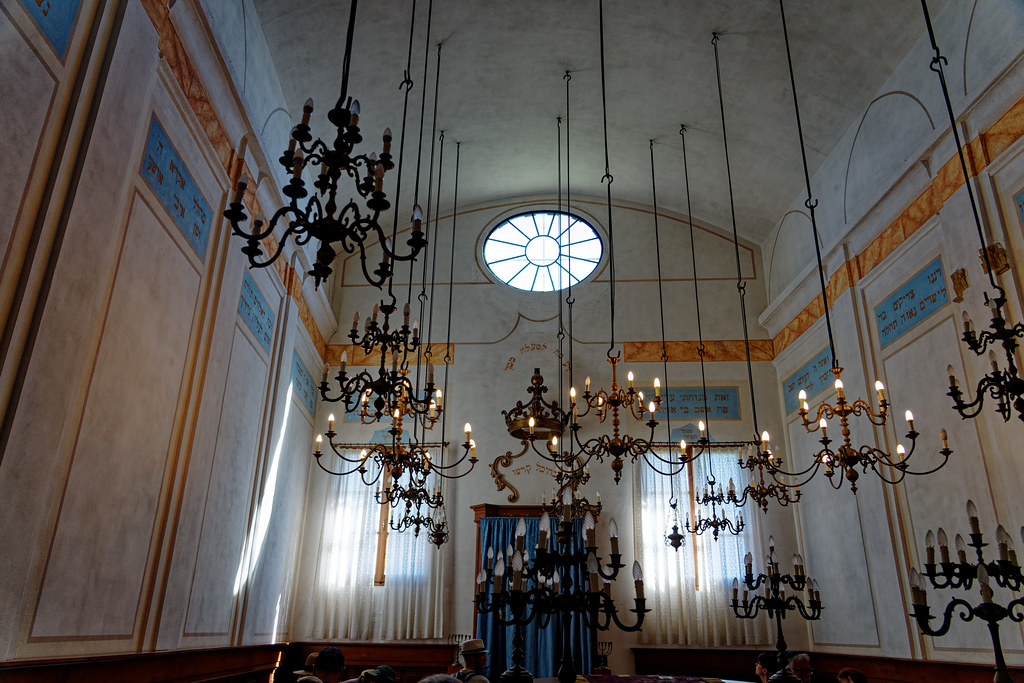 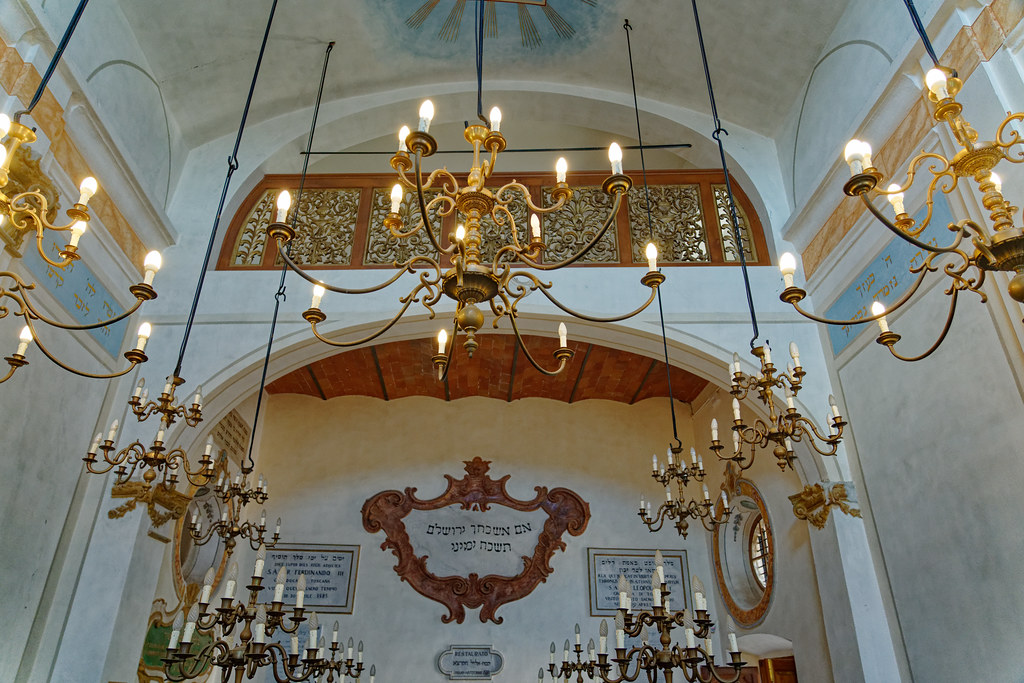 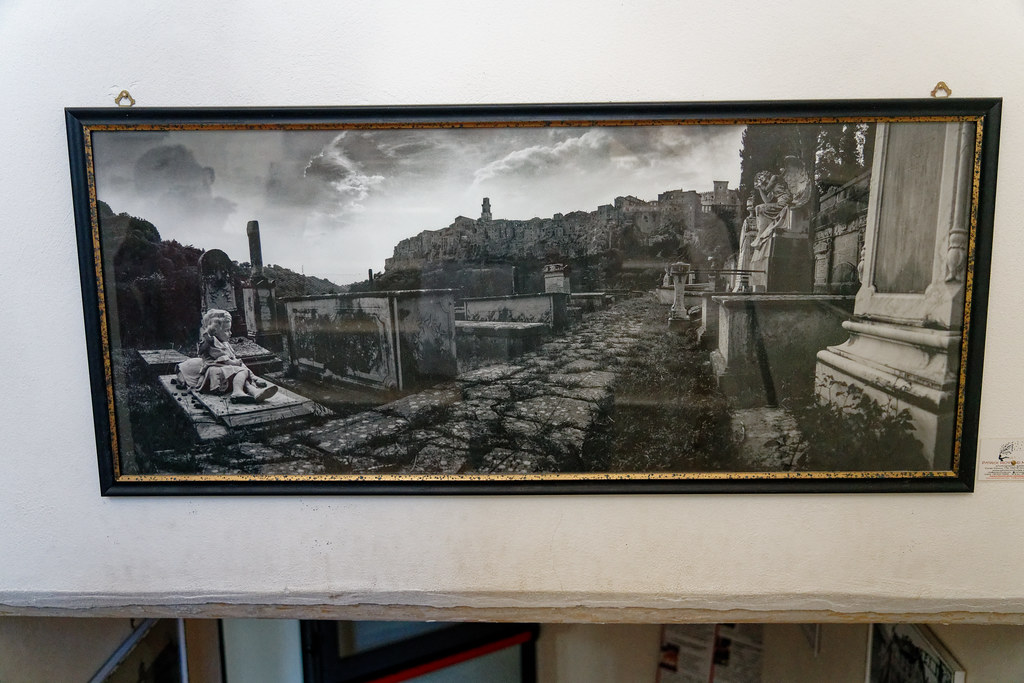 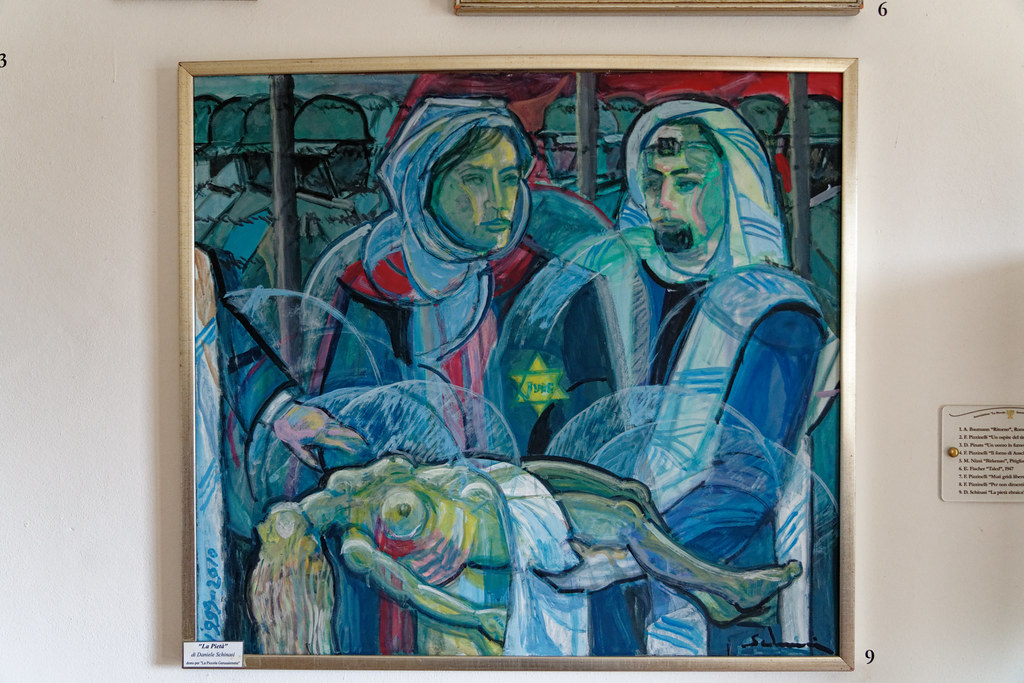 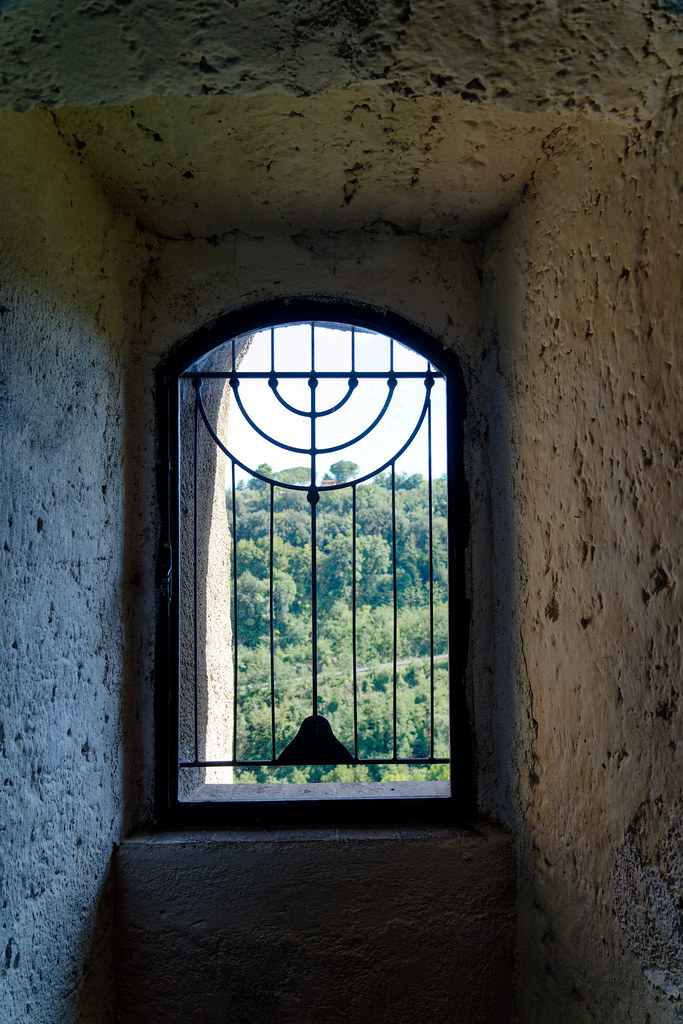 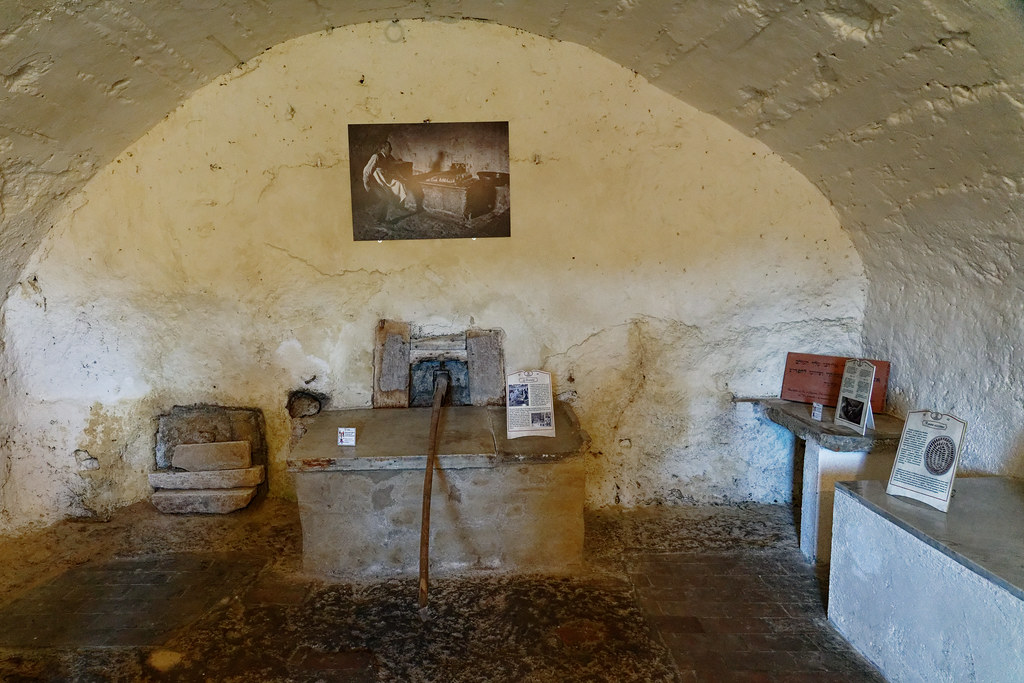 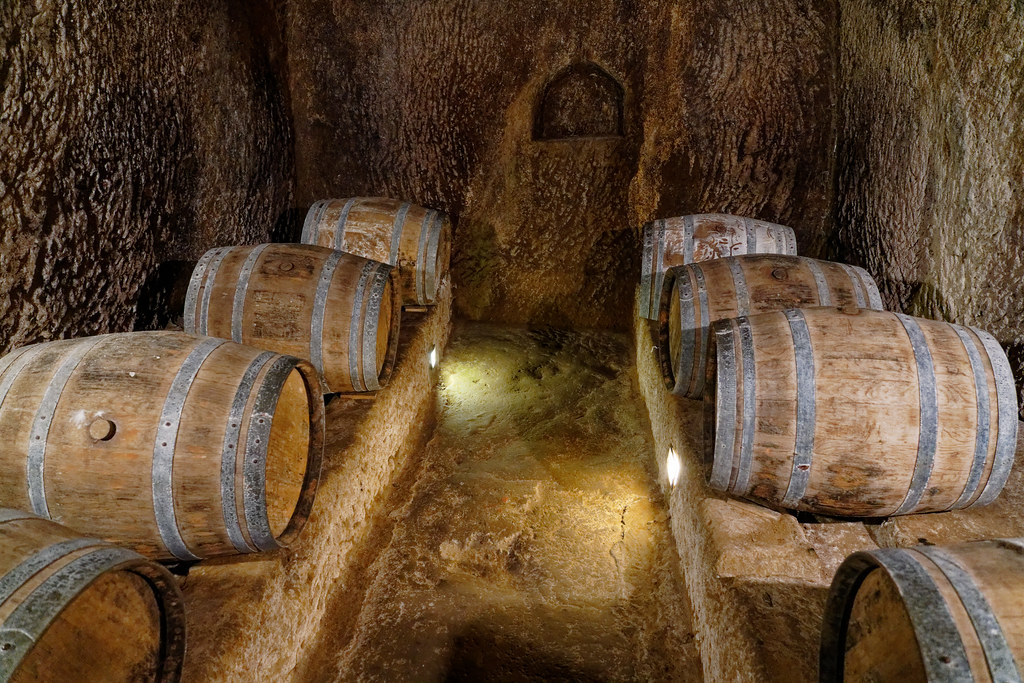