I had heard about Carrara marble, of course, but had no idea where it came from or why it was called that. My education on the topic arrived when we visited a marble quarry in, you guessed it, Carrara. I had seen the limestone cliffs of Carrara from the bus on the way towards Lucca but now was my chance to see them up-close-and-personal.

The bus took us as far as it could up the mountain. We got off and were greeted by Marco, whose family had owned this particular quarry for generations, but had sold it off to investors. Now he serves as a tour guide for the quarry. We all donned hard hats and walked up the rest of the way to the active quarry. 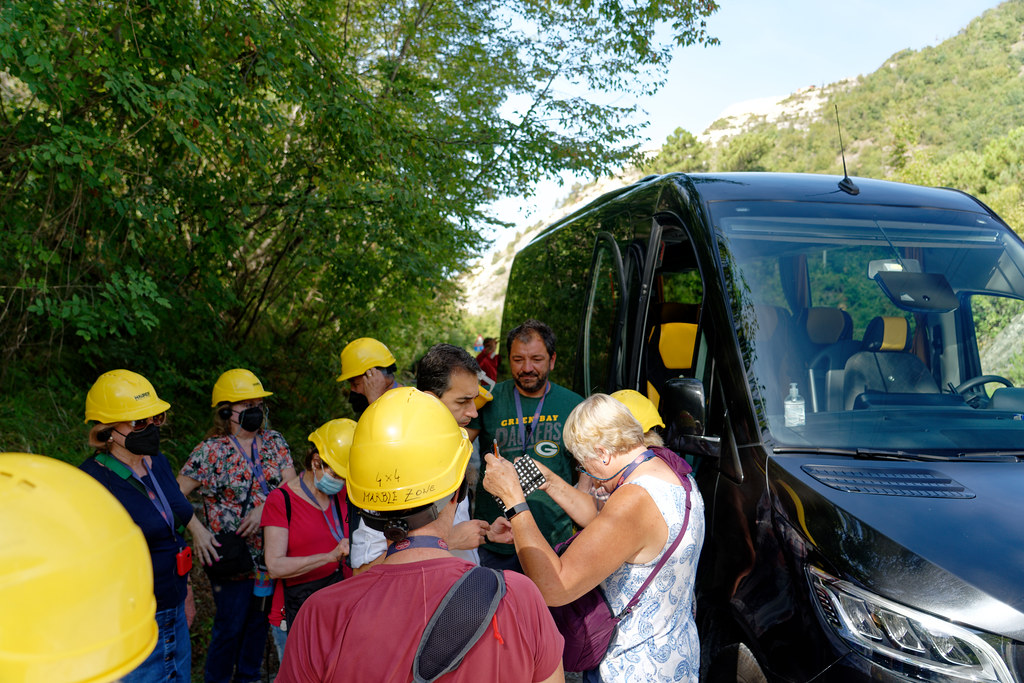 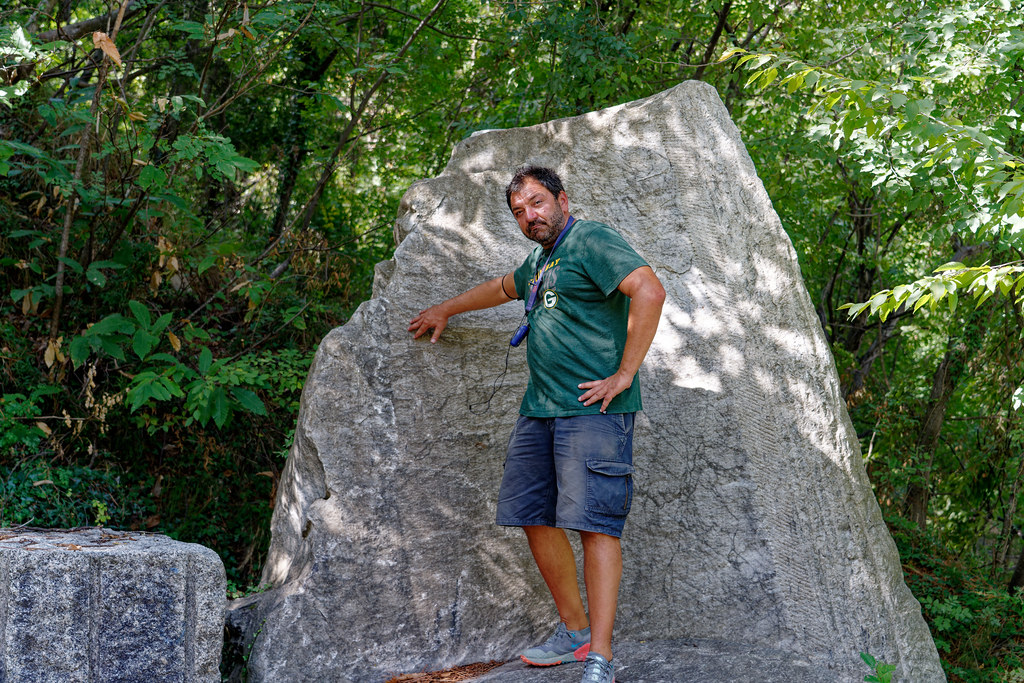 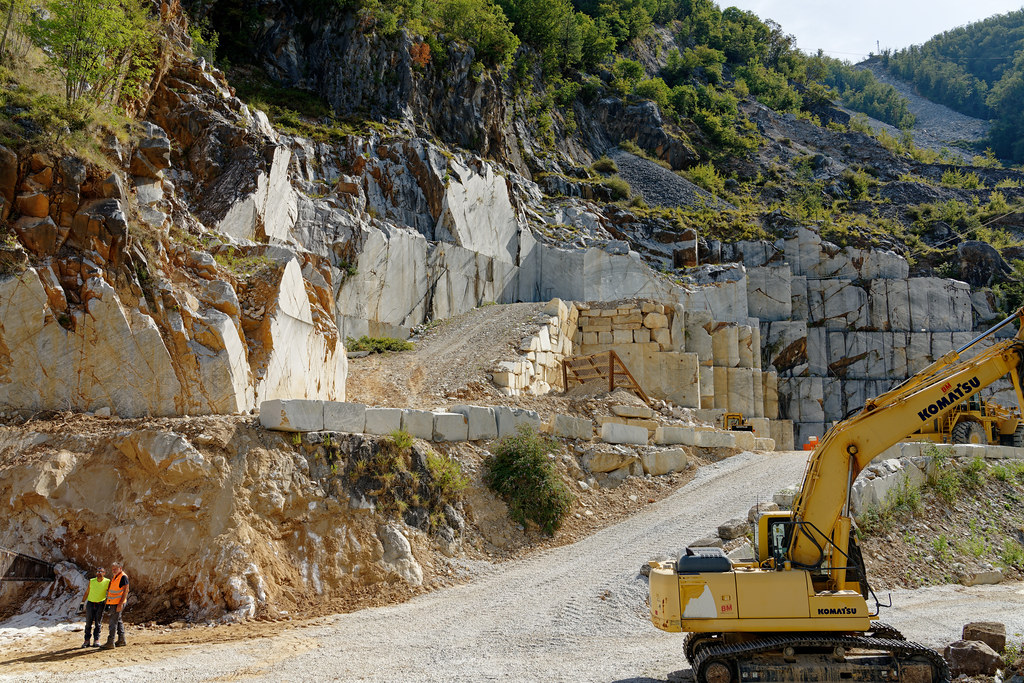 Marco explained how the large chunks taken out of the mountain are cut into rectangular slabs. Initially, this was done by hand with drills and chisels, and then a diamond wire saw. The wire saw was faster, but very dangerous when it snapped. Nowadays they use what looks like a giant chainsaw, with the operator safely inside a cab. 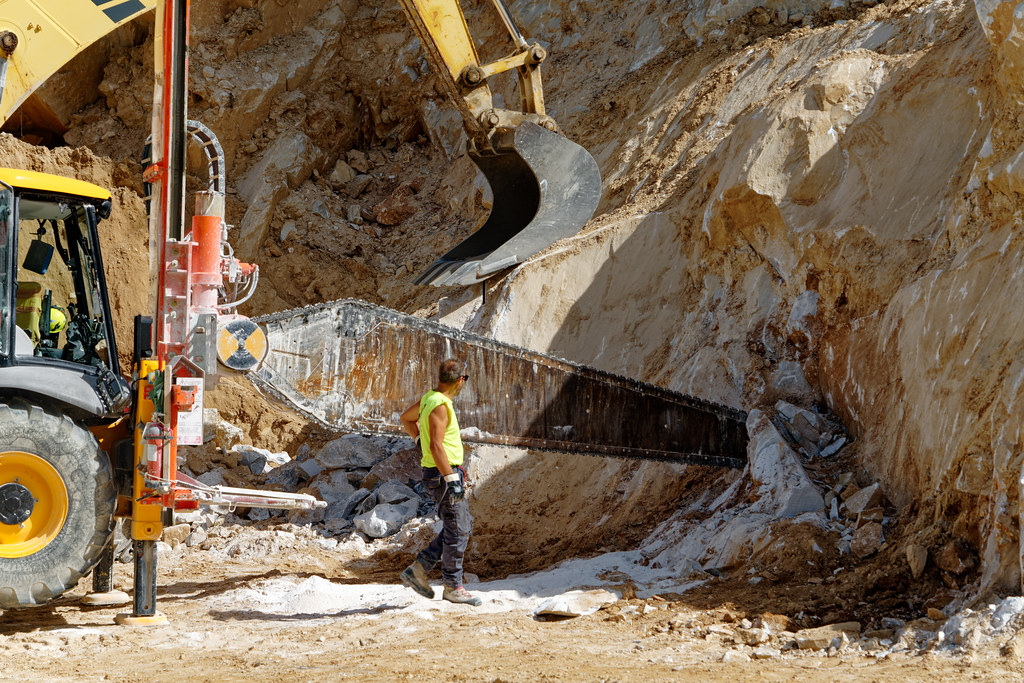 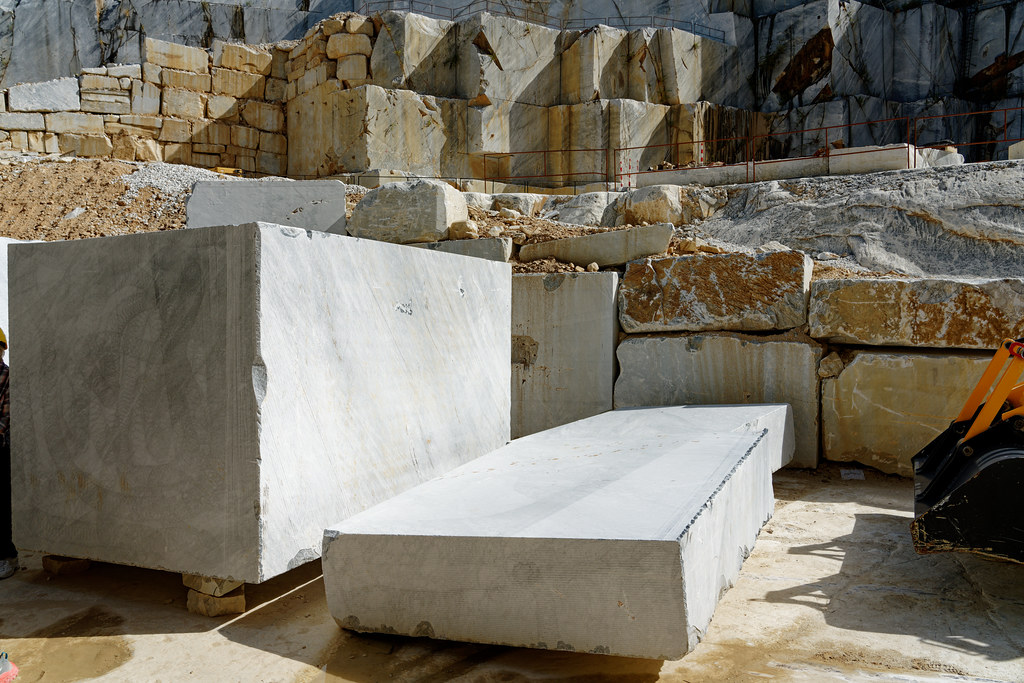 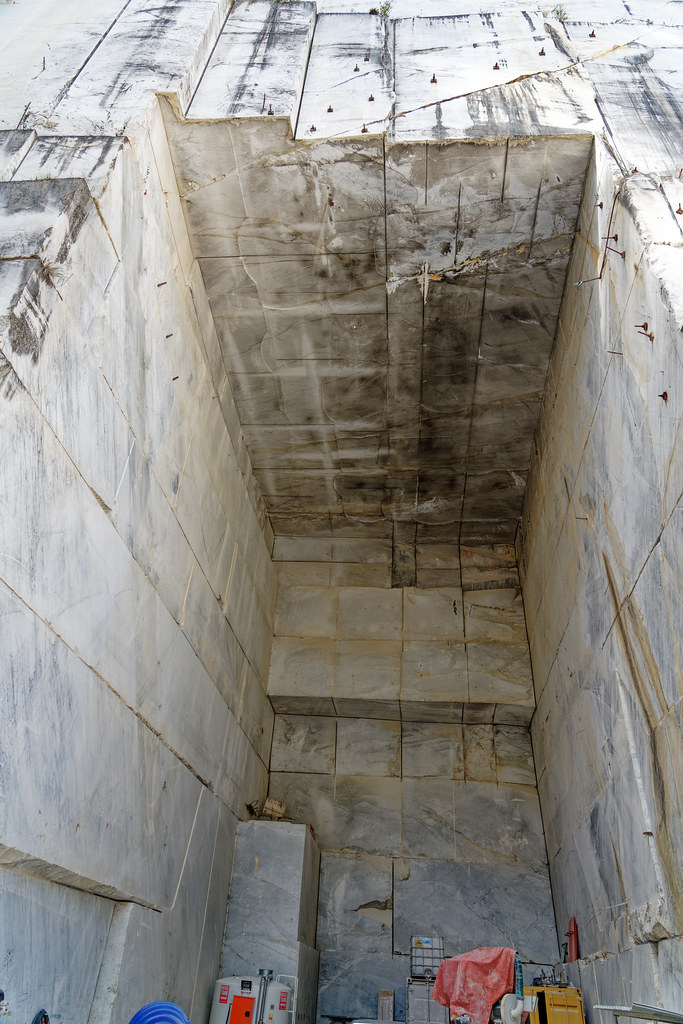 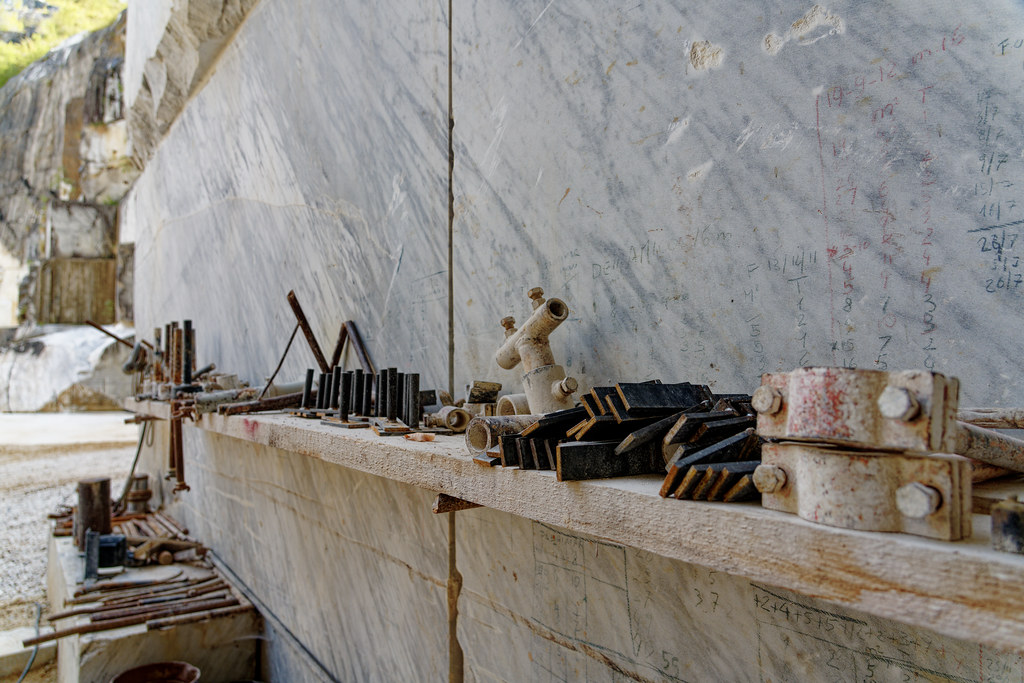 After the quarry visit came a highlight of the tour, a home-hosted lunch. This is something that OAT and Grand Circle do, where we are taken to the home of someone who lives in the area, share a meal, and chat. The group was split into smaller subsets - four of us (Leslie, me, and another couple) went to the home of a woman named Sonia, who works as a language coach. We were joined by her friend Eleanora, who was in the process of learning English in her 50s and did quite well. We were served a light but delicious lunch, accompanied with homemade wine, and then discussed language, education, and a bit of local politics. We were having such a good time that Luca had to call twice to see if we were ready to leave (we weren't!) 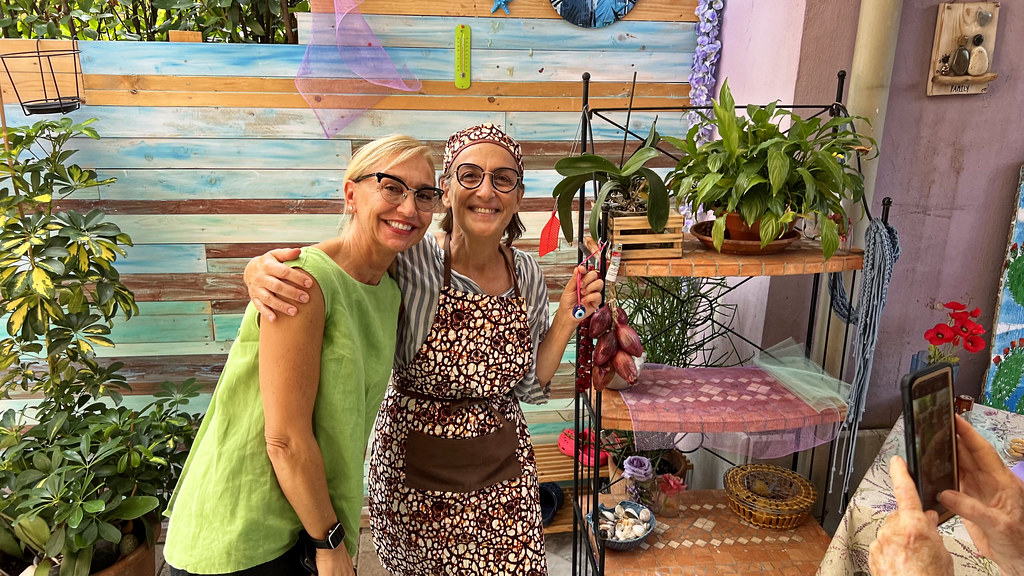 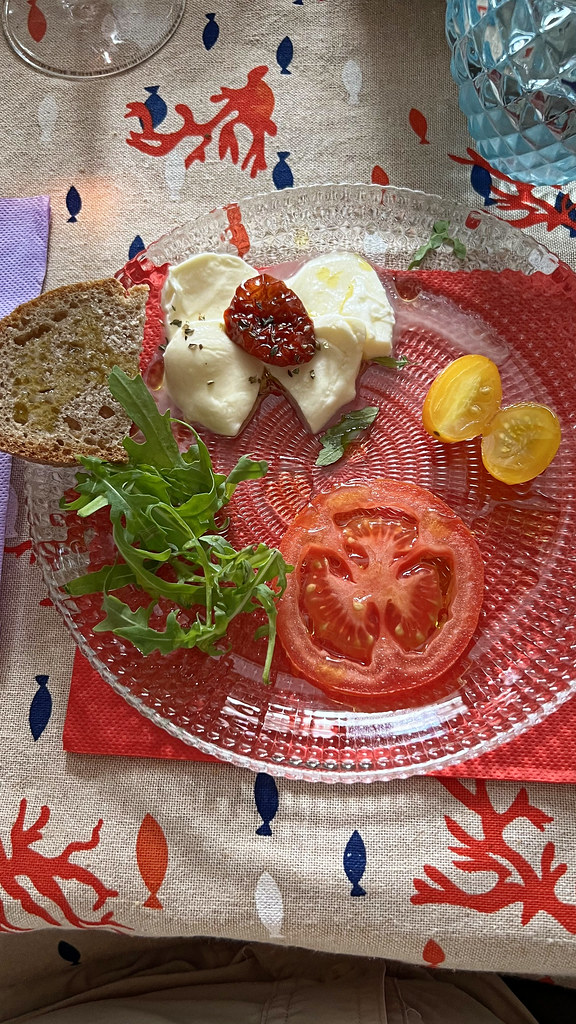 On the drive back to Lucca, we passed numerous marble sales lots with cranes to move the slabs. 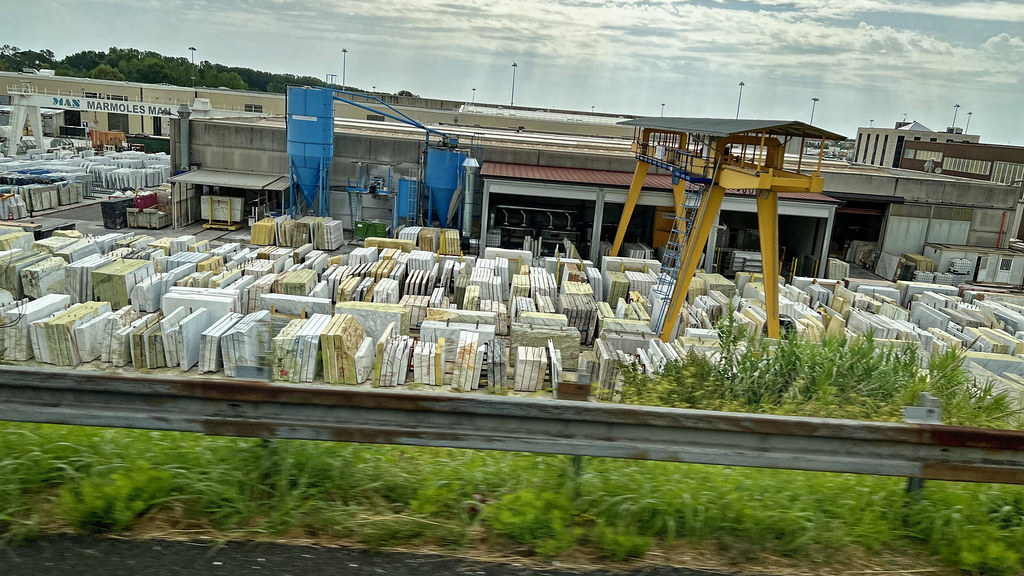