Today's excursion was "A Day in the Life", described as, "This included feature provides an opportunity to venture into the homes and workplaces of local villagers where we'll immerse ourselves in daily life and better understand regional traditions and customs." This was a visit to Podere Le Fornaci, a 74-acre goat farm just outside of Greve. Valentina and her partner Nicolo were "city kids" who, having no farming experience whatsoever, decided to buy a farm and have a go at making and selling goat cheese.

As Valentina explained it, things went horribly wrong the first few years, largely because they didn't know what was needed to keep goats healthy (and alive), especially when their many goats started giving birth all at once. But eventually they got their feet under them, most importantly with the help of Amanda, who DID know about goats and making cheese.

Their goats are Alpine Chamois, a breed native to European mountains. We met some of the goats (others were in the field), were shown how they are milked, and then led into the "laboratory" for a demonstration of making cheese in which we all participated. We were then served various goat cheeses. 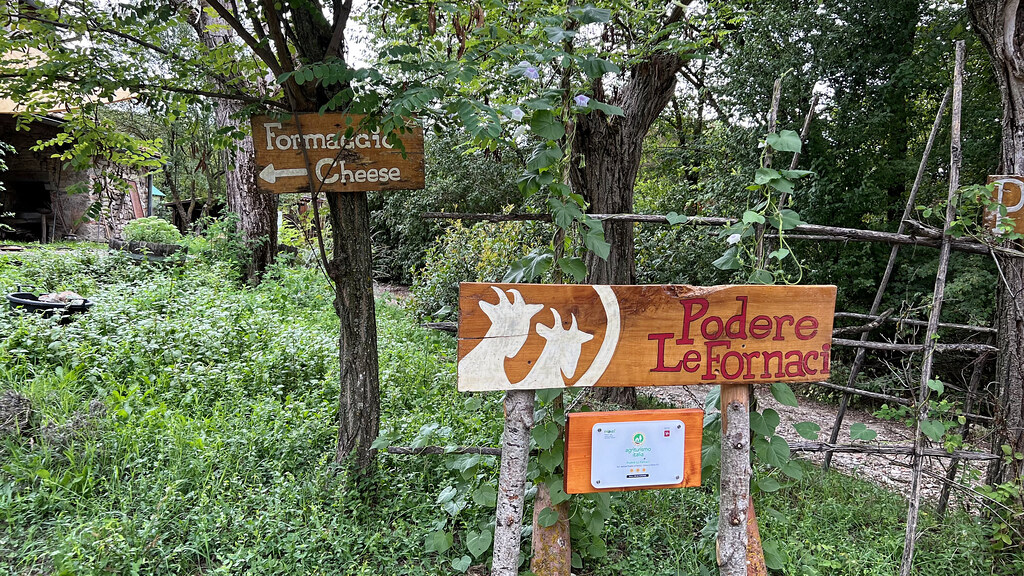 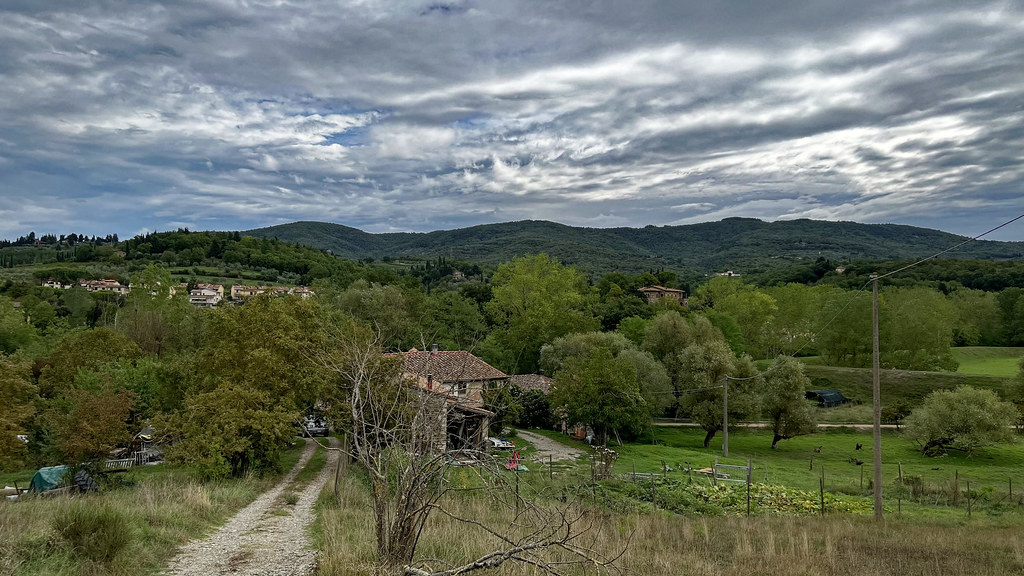 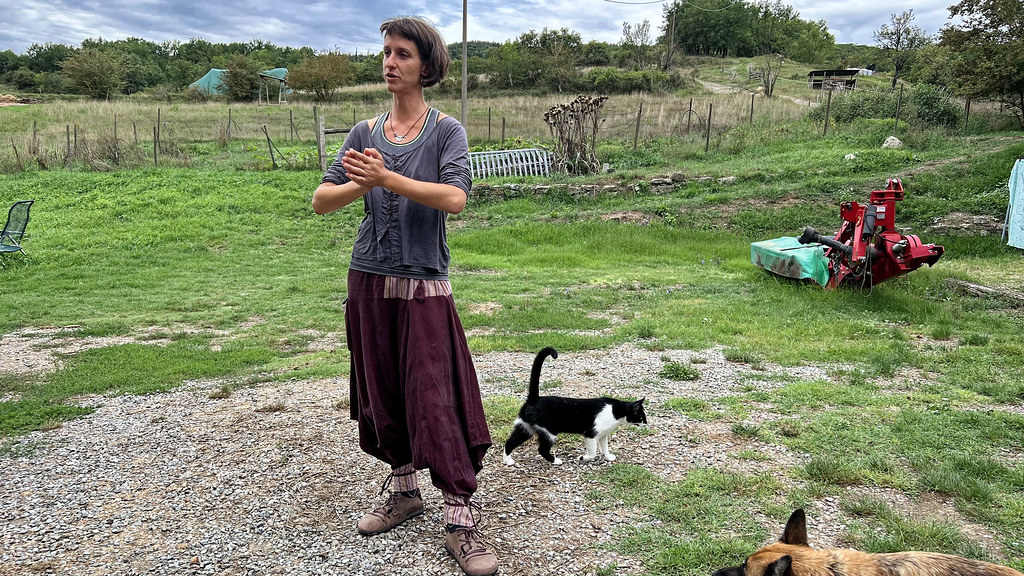 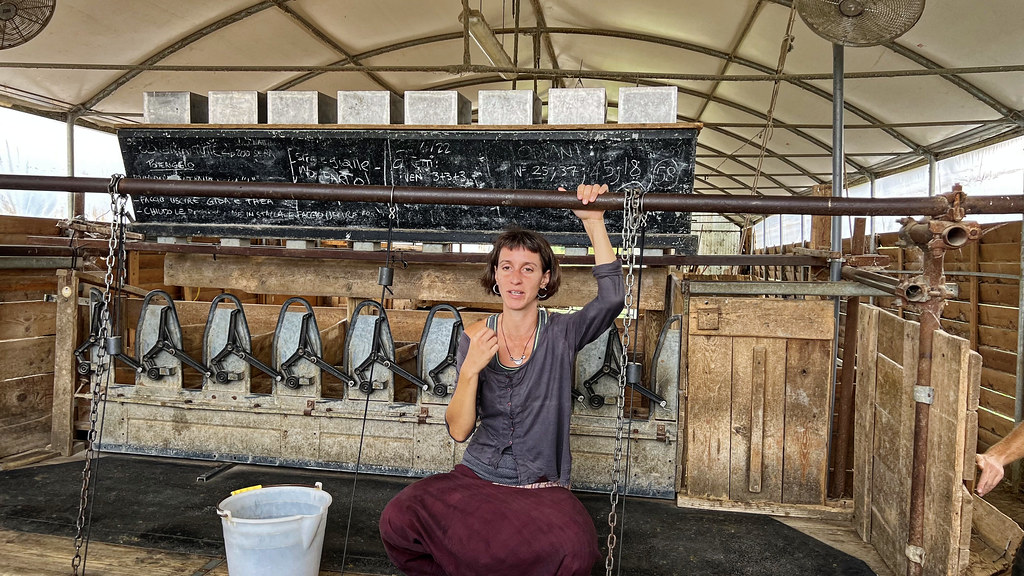 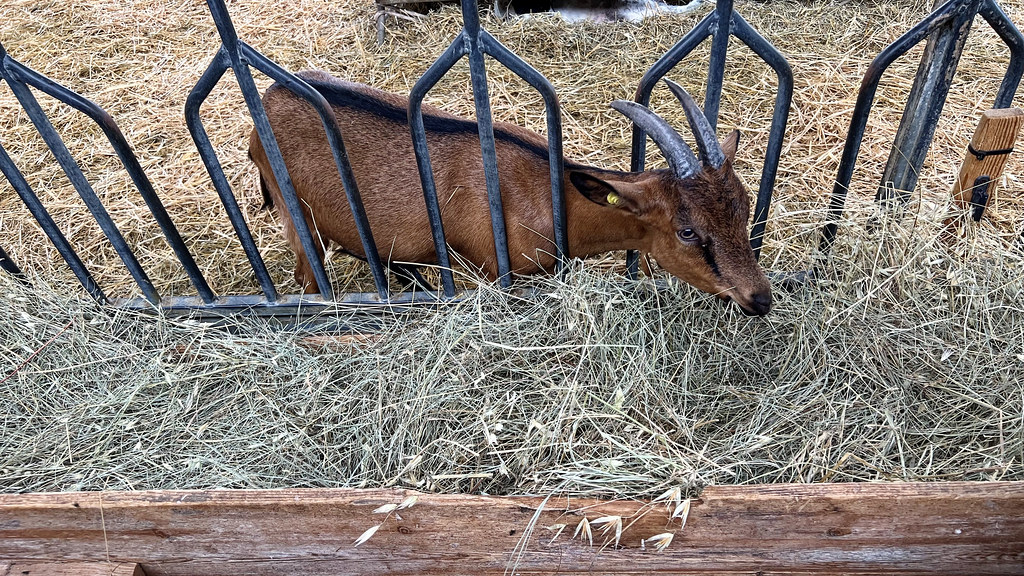 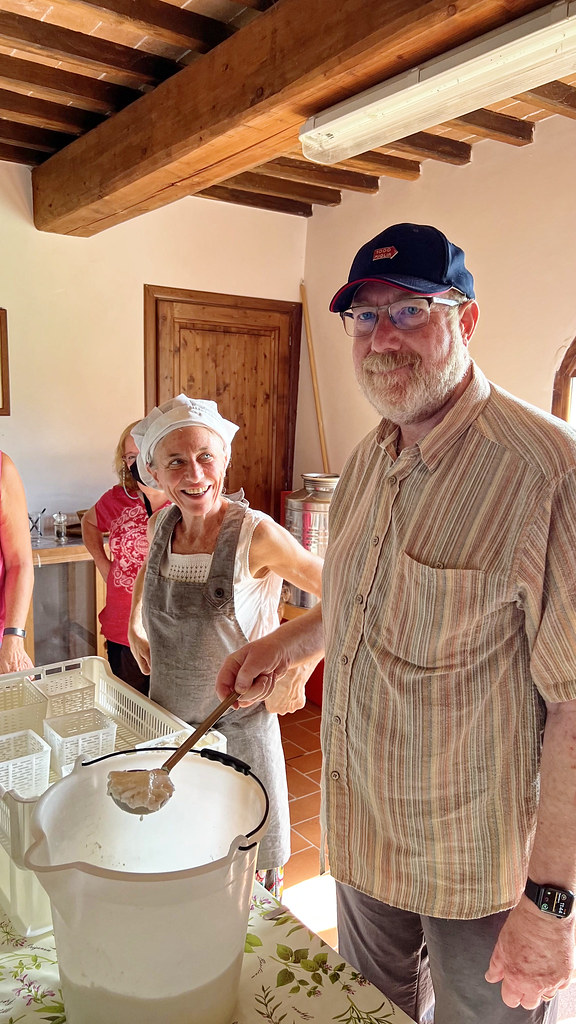 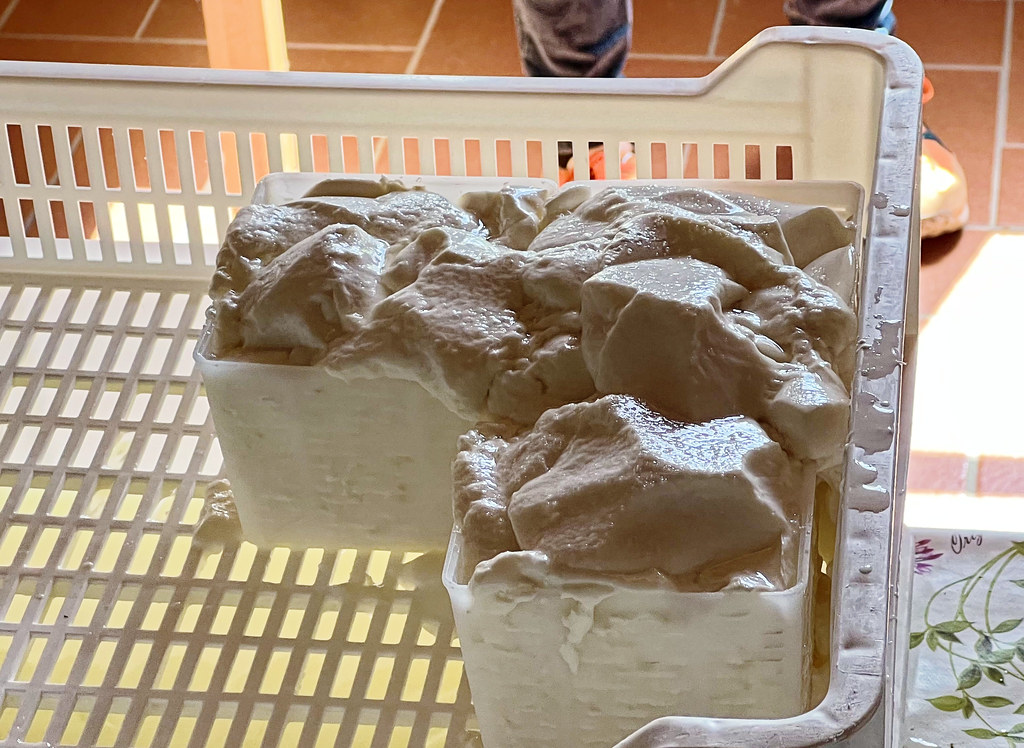 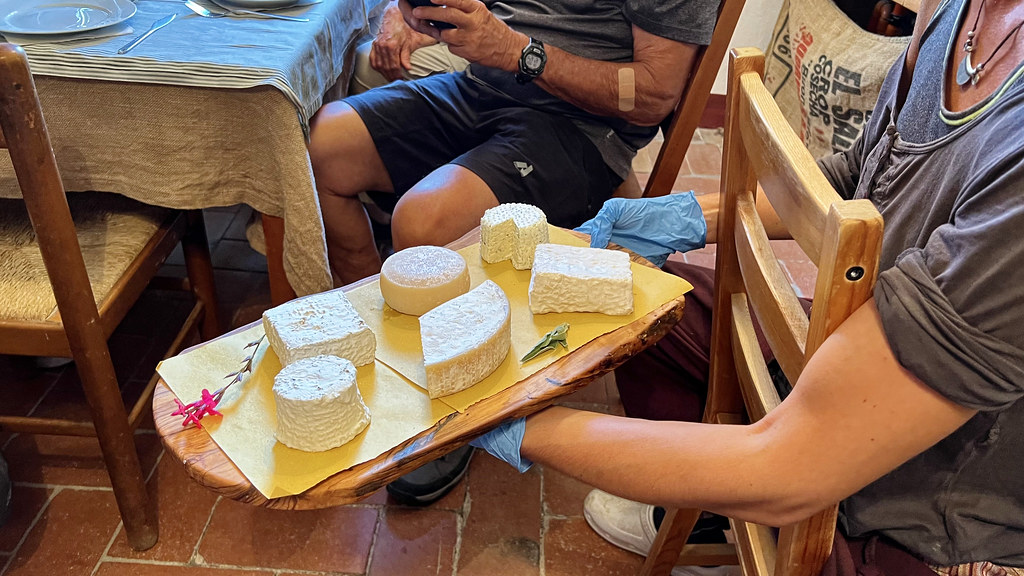 We returned to the villa and then walked into the town of Greve, where they were setting up for a Chianti tasting festival (sadly, not in progress while we were there!) Luca said he was going to have a Caffè Corretto (coffee with liquor, Sambuca in this case), and I tagged along to have one too. It was good! 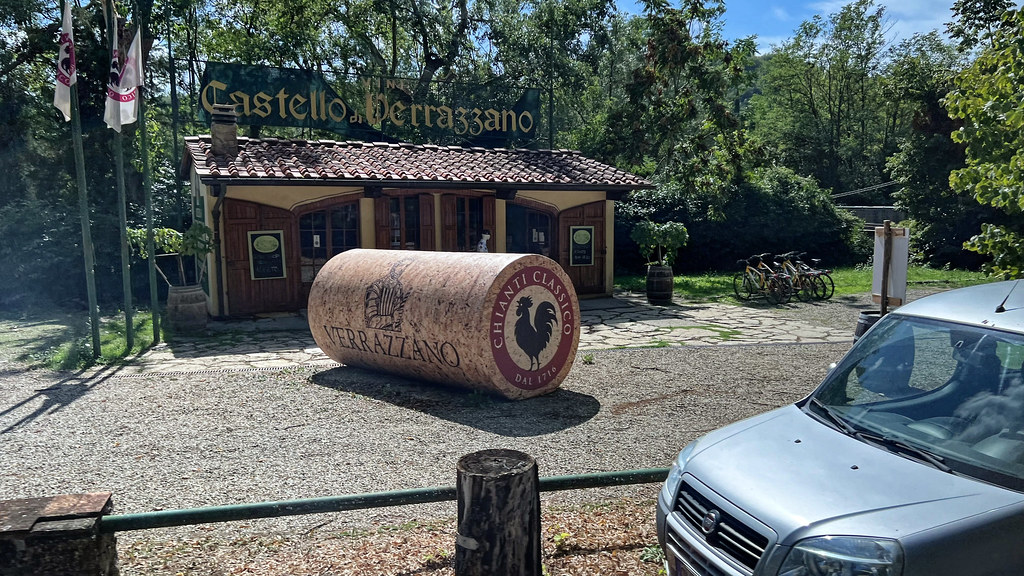 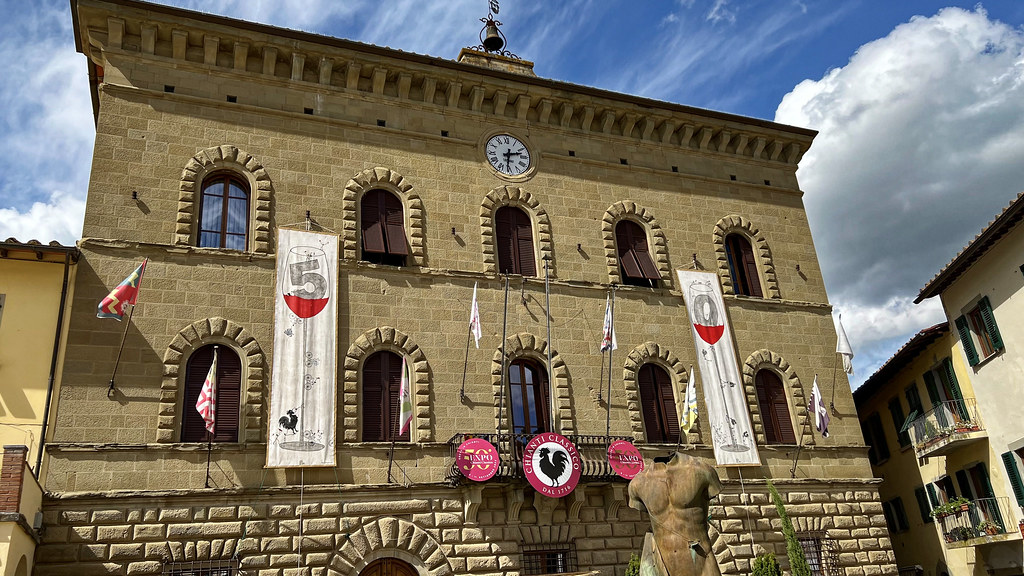 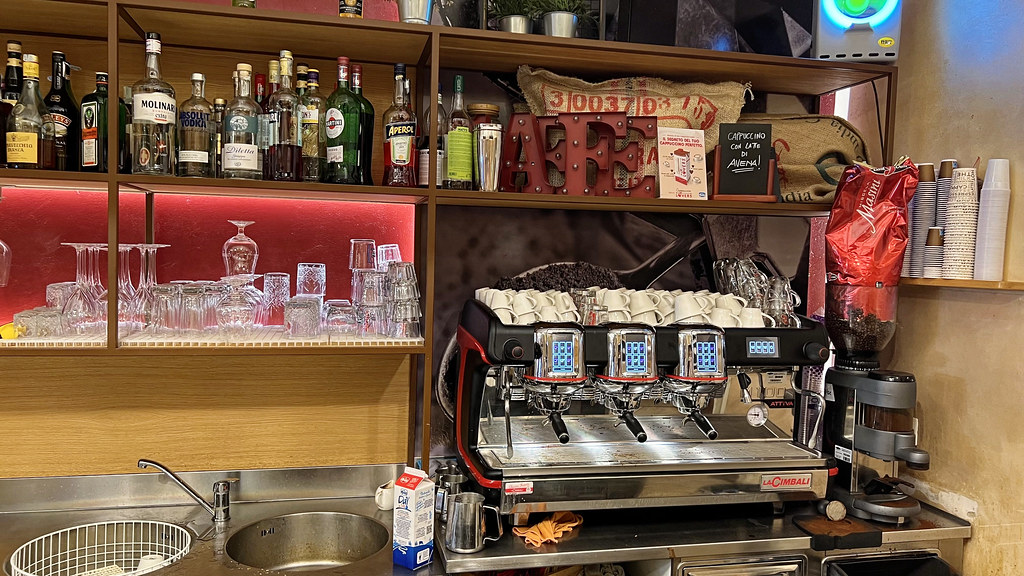 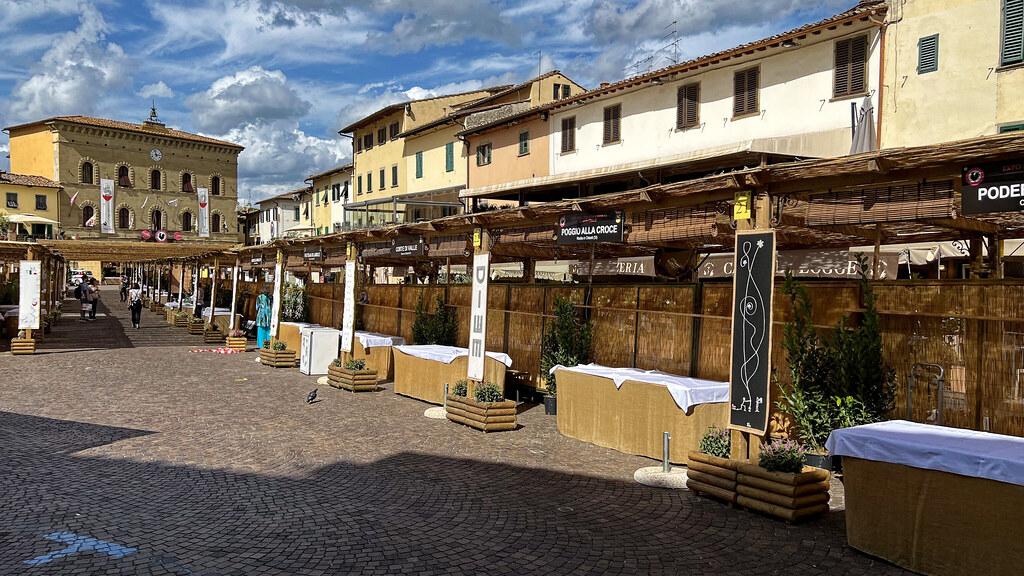 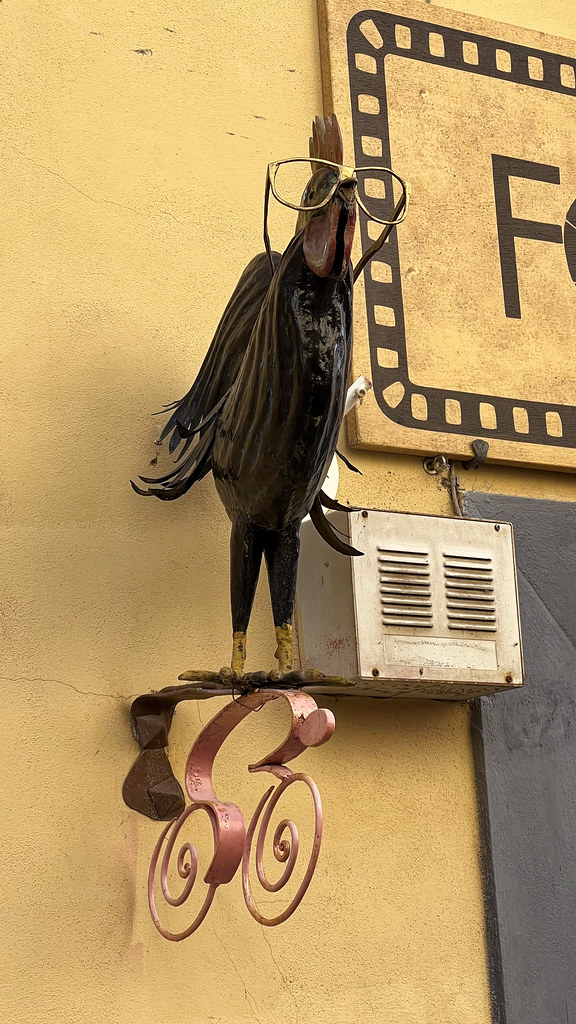 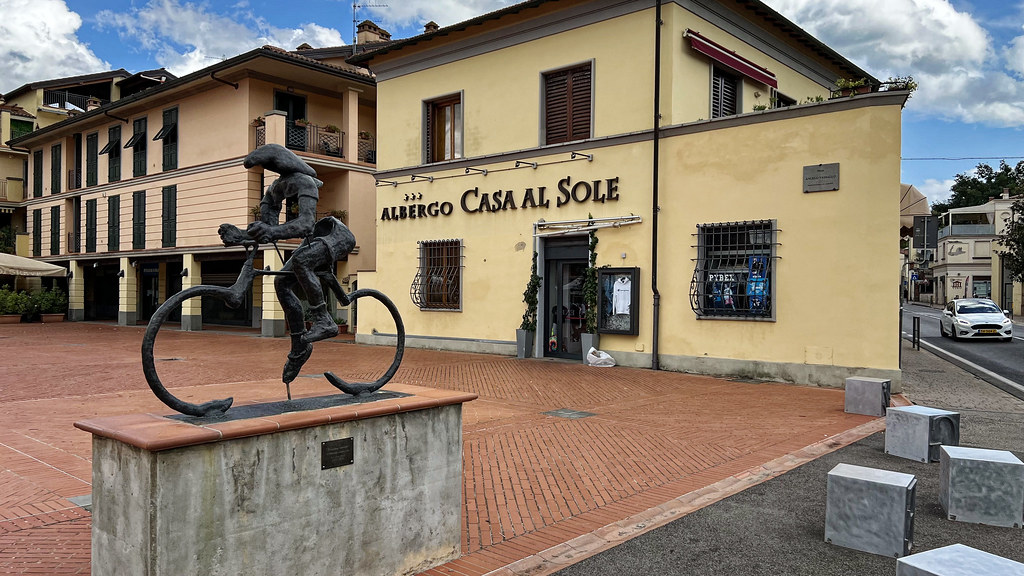