We went up a mountain to Pettino, a small village, where we visited the home and farm of Francesca and Mac, a New Zealander who met Francesca while touring Italy and stayed. They have two businesses - truffles and sheep. It was the truffles we came to see, but their sheep work was also interesting. They have about 300 sheep that they raise for wool, milk (to make Pecorino cheese), and meat. Three different breeds are needed for this. The sheep graze on the mountain, watched over by a shepherd (Mac's cousin) and eight Maremmano-Abruzzese dogs, who protect the sheep from wolves. The dogs were said to be untrainable, but have an instinctual drive to protect the sheep. 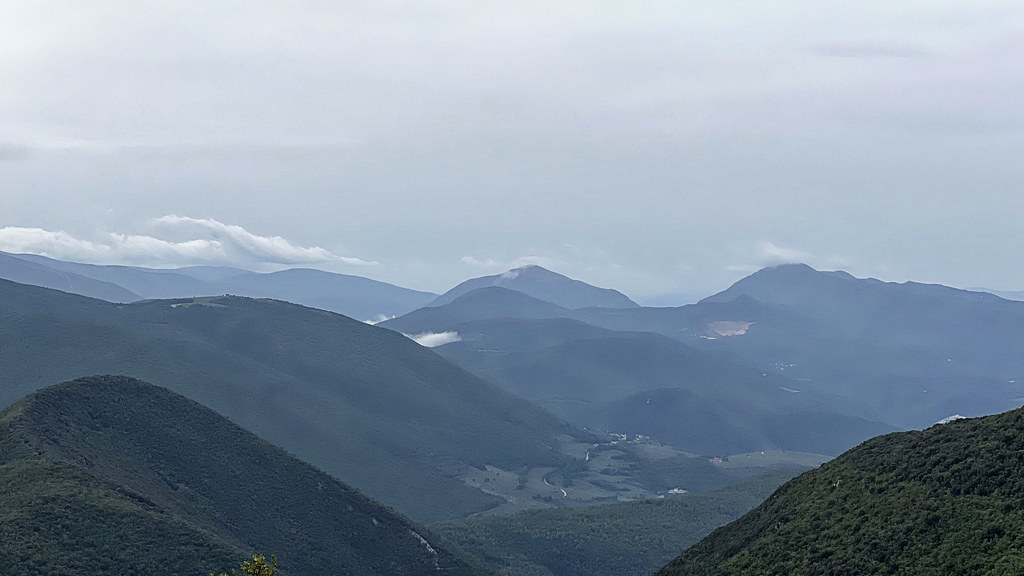 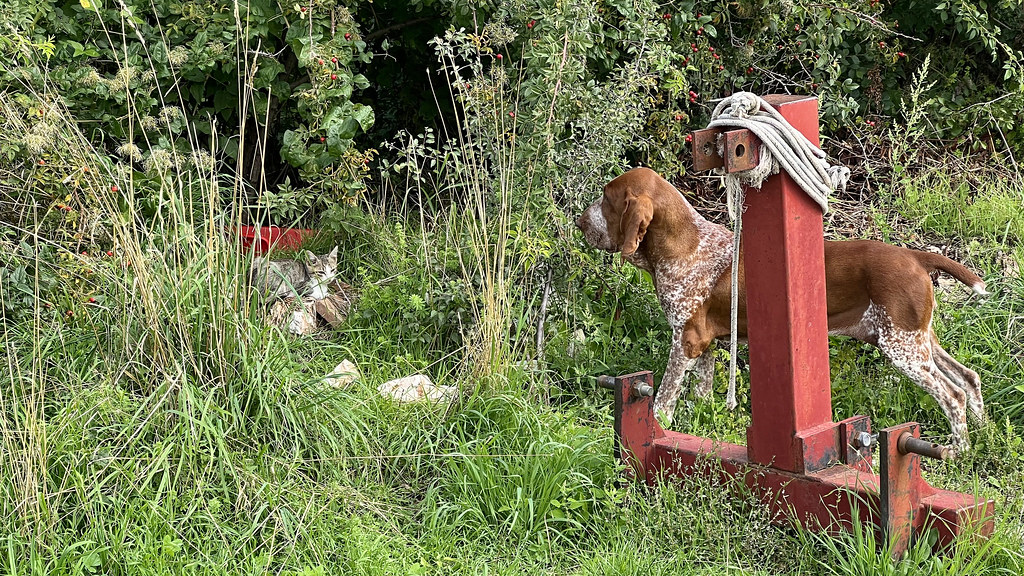 A set of different dogs find truffles, and either dig them up and bring them back to the handlers, or for deeper truffles the handlers use a pole with an arrow-shaped tip to gently dig them up. Mac provided much detail about the truffle business and spoke about how truffles aren't rare, but the market, like a lot of agriculture, puts the profit into the pockets of middlemen and not the farmers.

We were told that in a normal year, truffles grow to the size of baseballs, and it's common to go out multiple times a day to pick them. With recent weather conditions, though, golf ball size is more common. We set out for a hike with several dogs and two handlers, the dogs initially taking time to mark their territory, but within minutes were digging around roots and uncovering truffles. A couple of times a dog would happily bring a rock, hoping for a treat! After about 20 minutes the dogs had found about 150 grams of truffles. 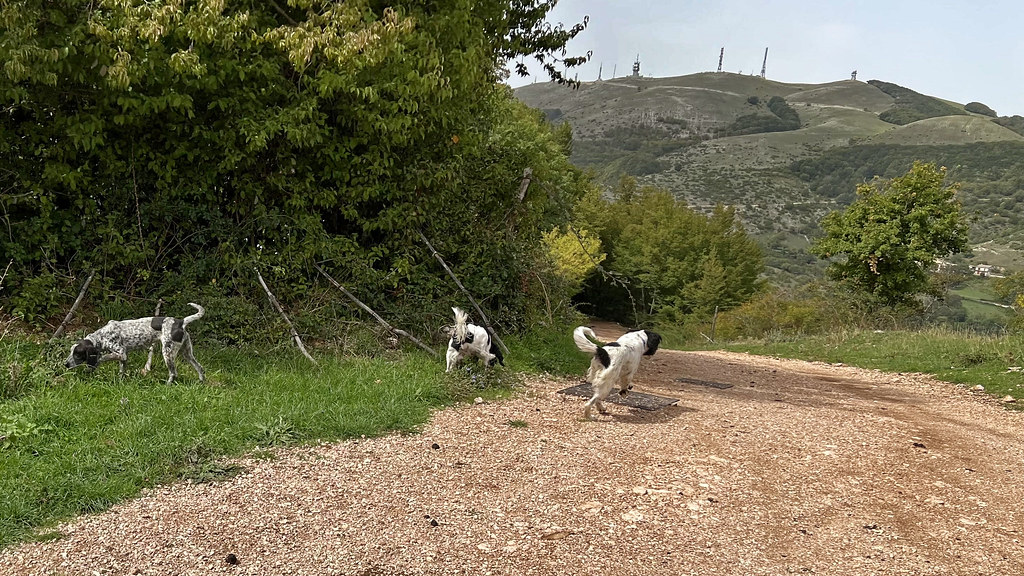 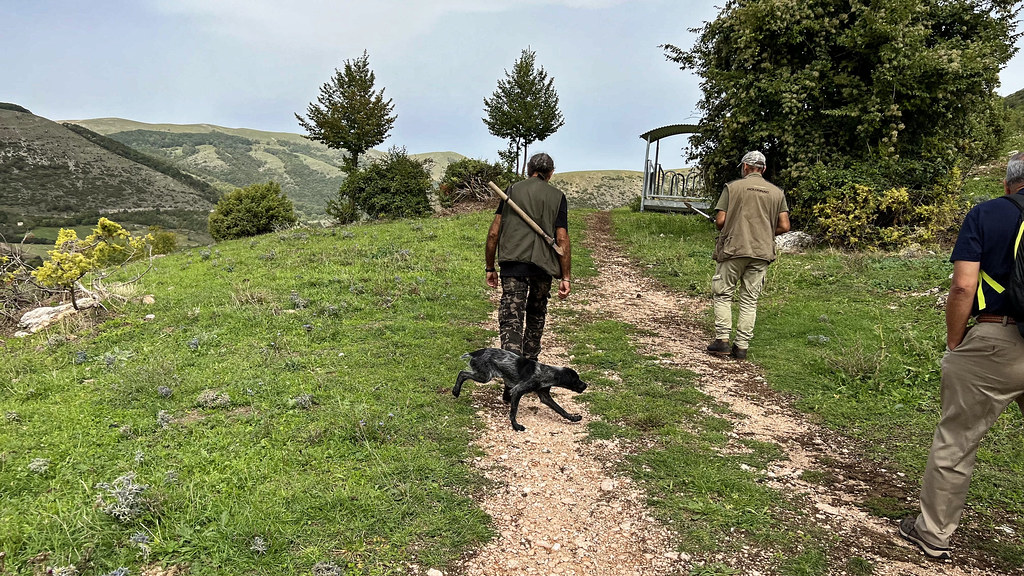 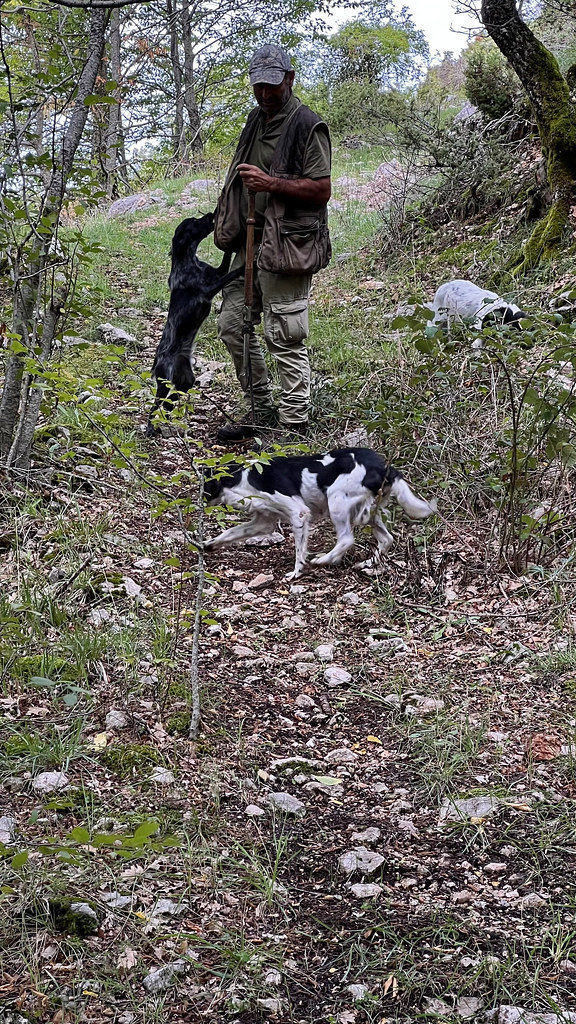 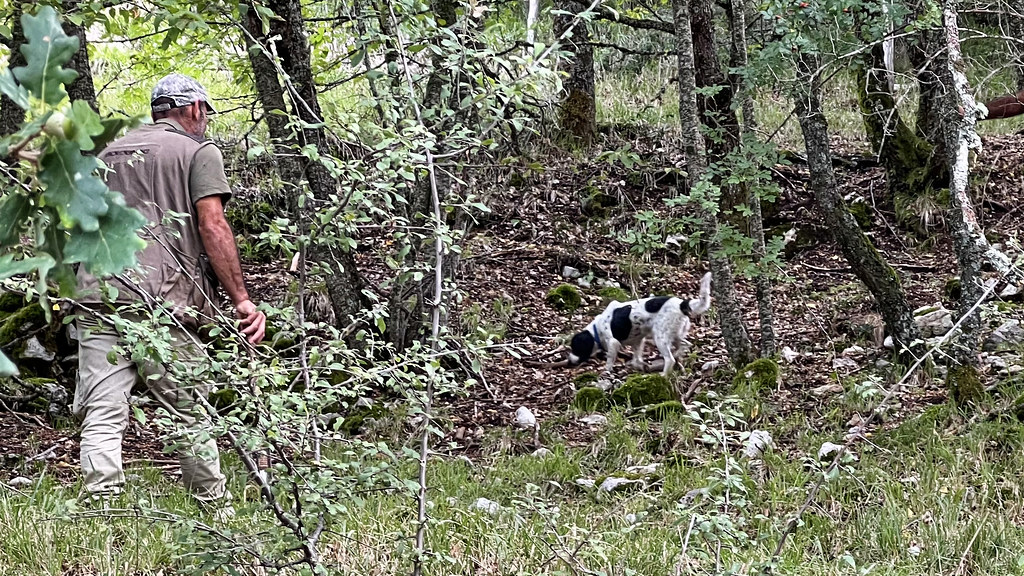 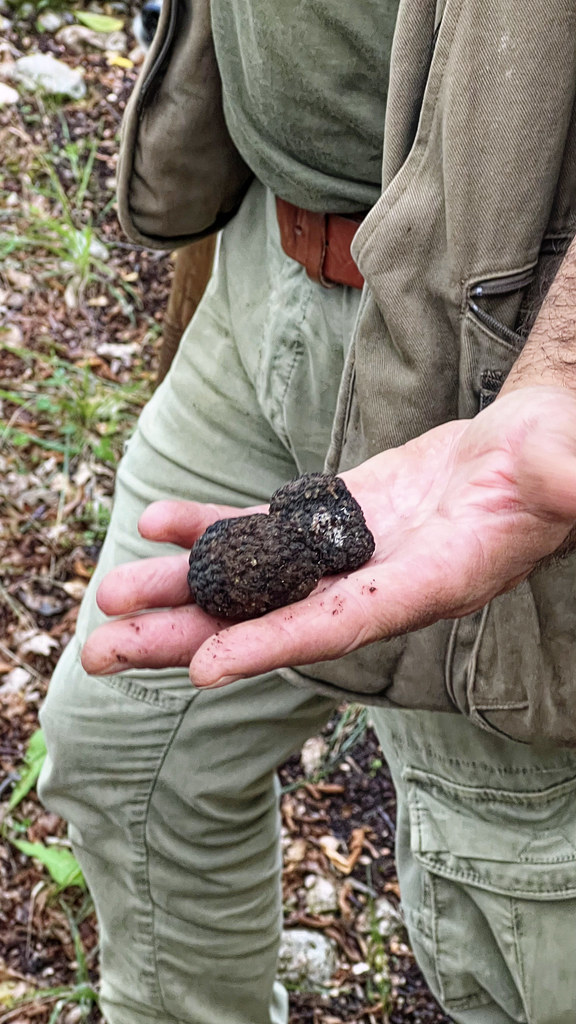 We then sat out and had a picnic on the mountainside, with Pecorino cheese made from their own sheep's milk, fresh salami, and scrambled eggs mixed with shavings from the truffles we had just found. Oh, and wine, of course. Initially we could see the sheep and the sheep dogs up on the mountain, but they headed down our way and we were soon surrounded by hundreds of baaing sheep, plus the dogs. We were asked not to pet them, as they are working dogs, but not everyone listened. 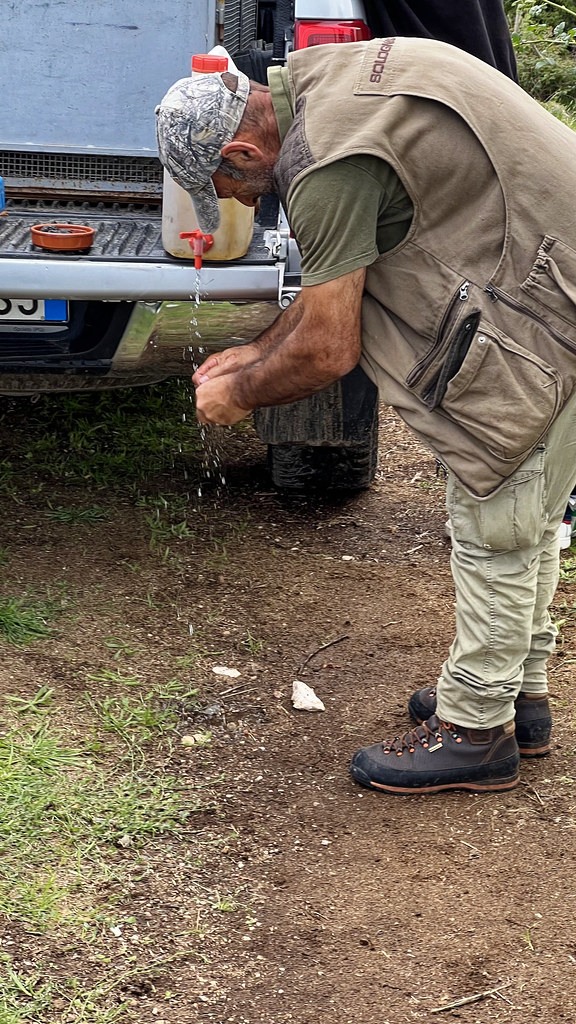 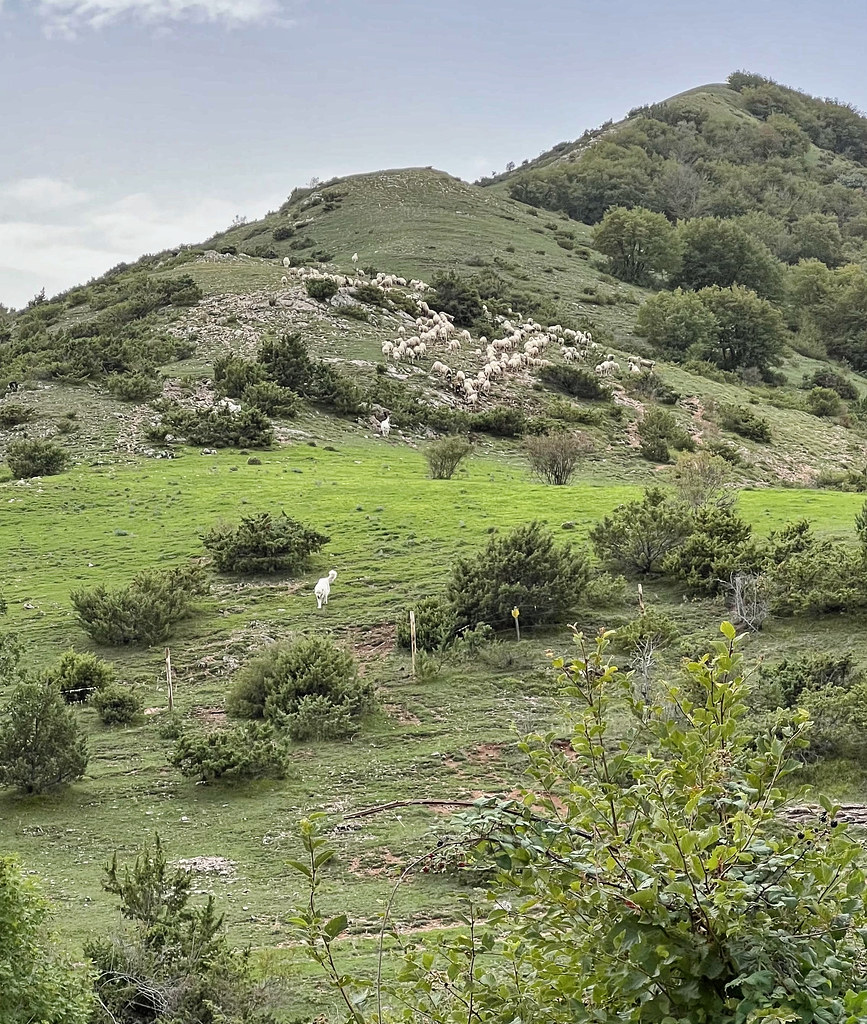 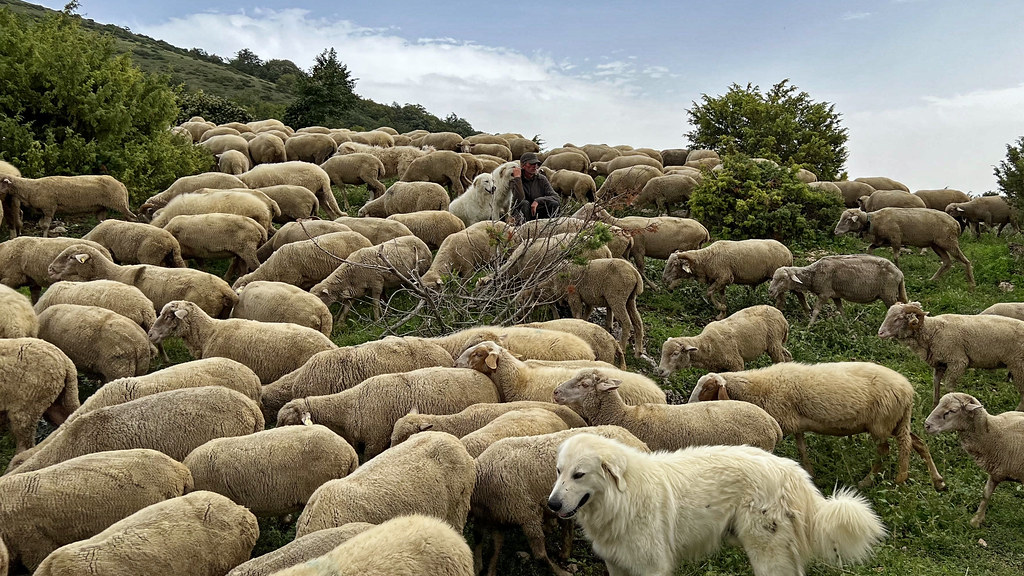 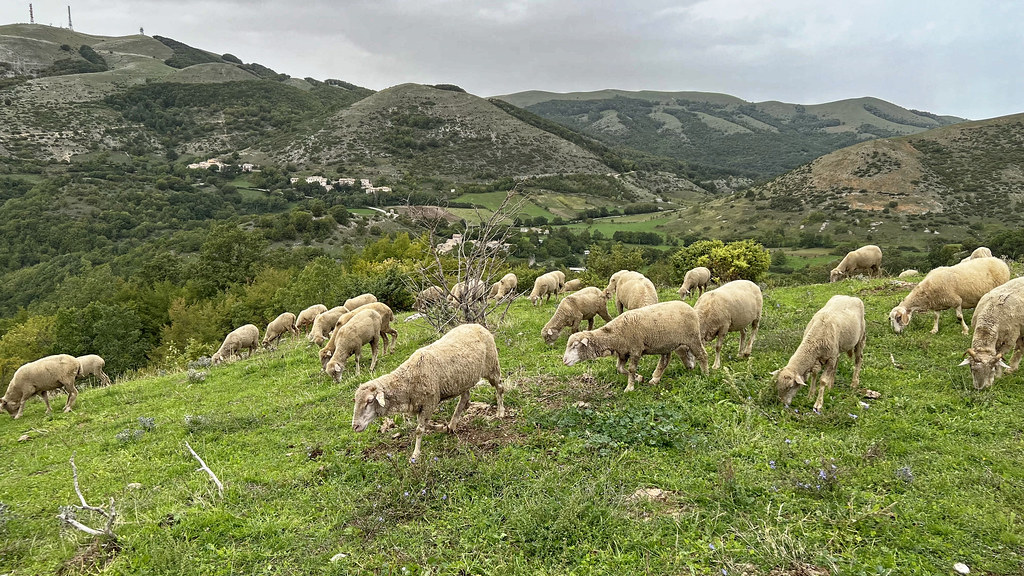 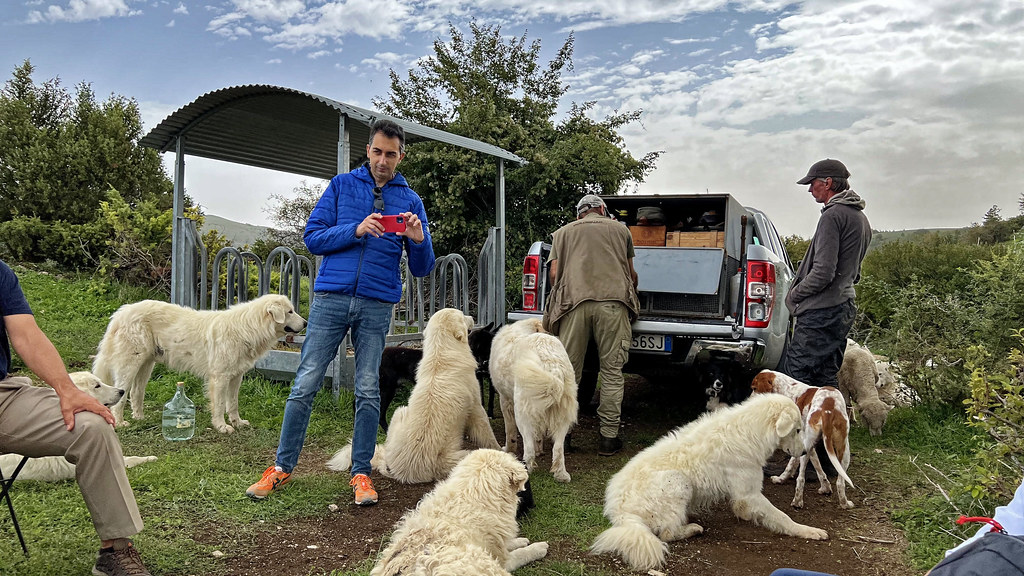 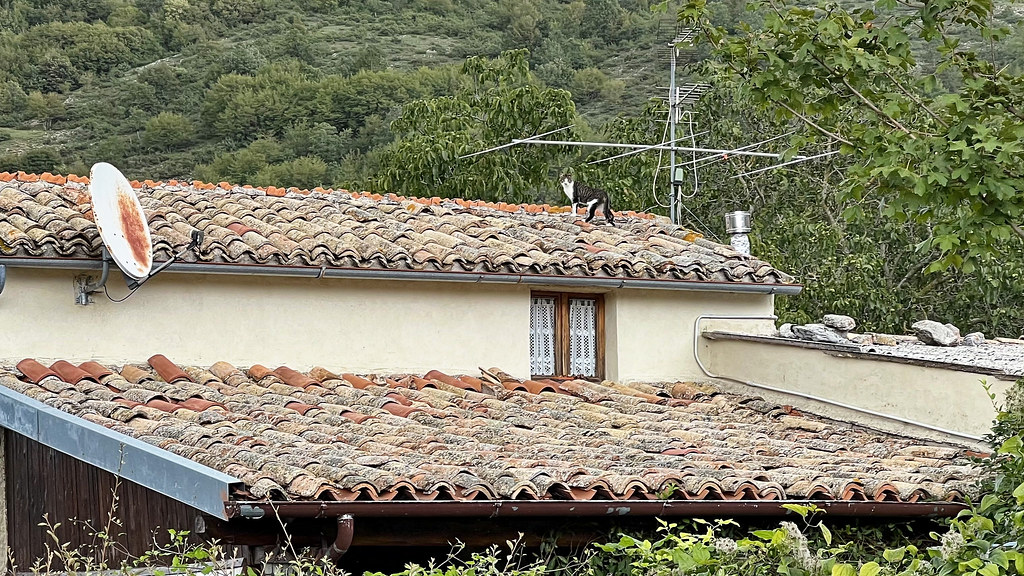