We left Tuscany and entered the region of Umbria, the scenery changing to more forest and farms. Our first visit was to the town of Perugia, most famous for Perugina chocolates, but we were to visit Turan, a small, woman-owned chocolate maker where we got to try our hand at making chocolate bars. Giulia, one of the owners, was there to do the demonstration, but most of the talking was done by her half-American cousin Mary. 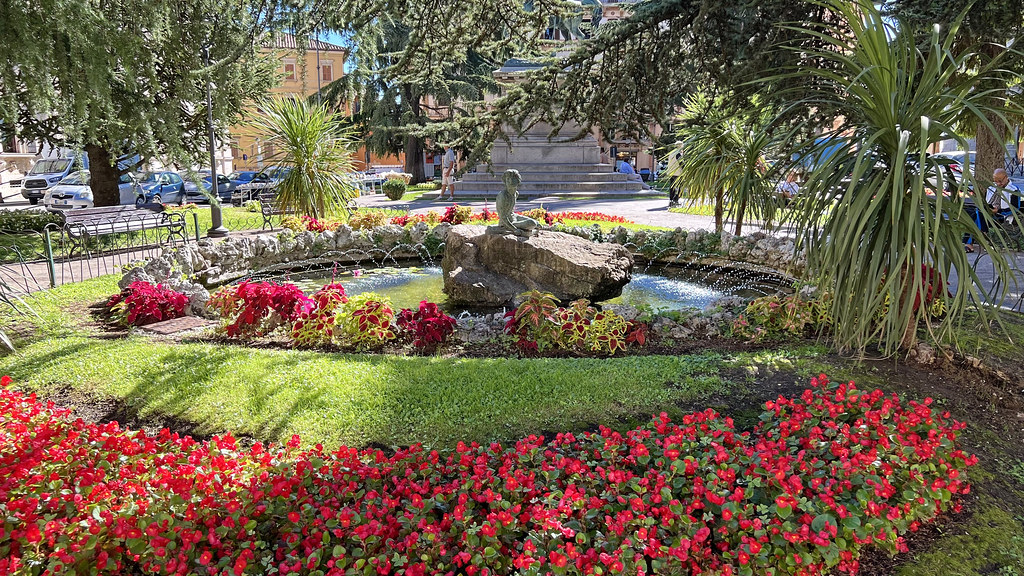 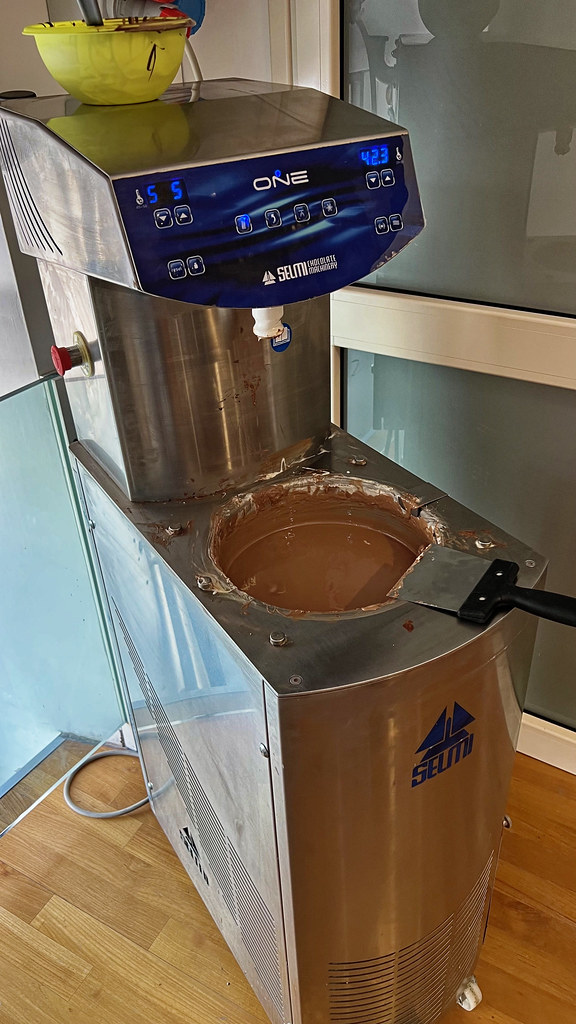 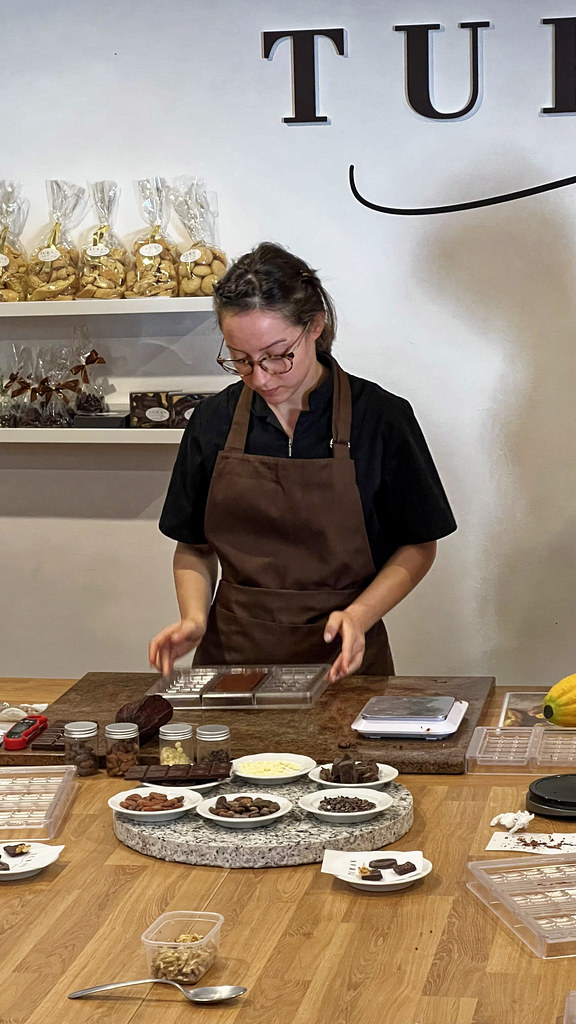 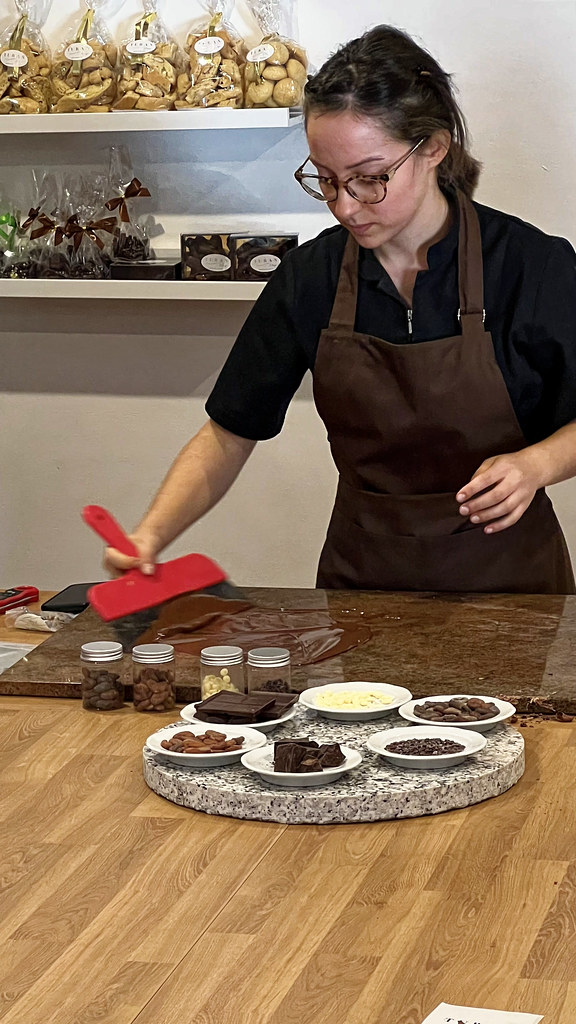 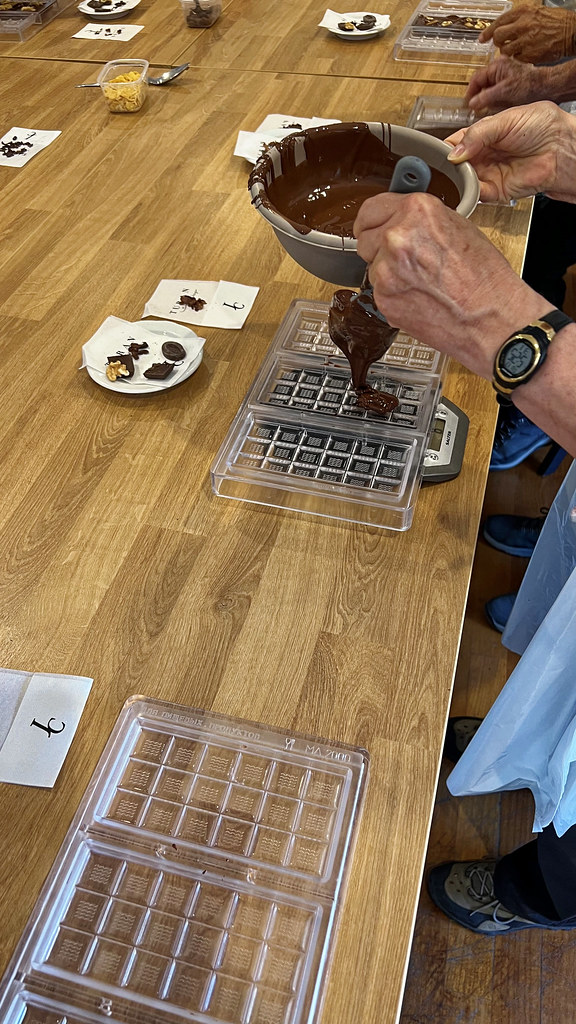 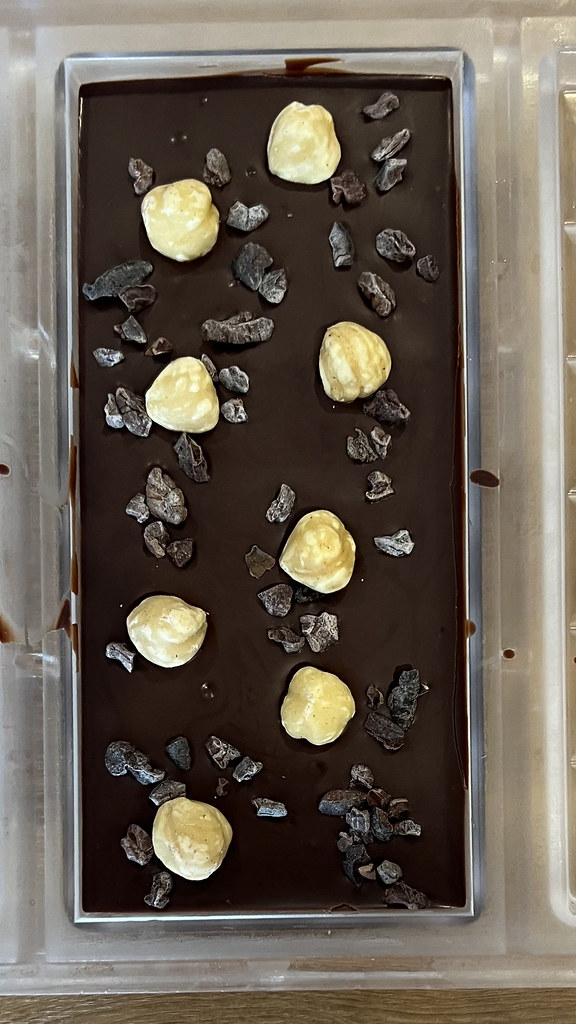 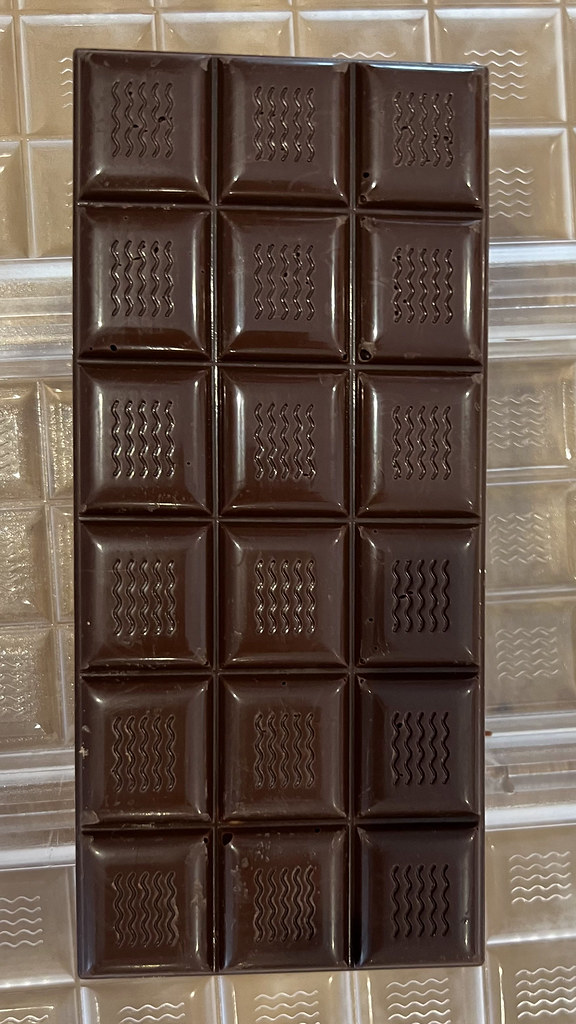 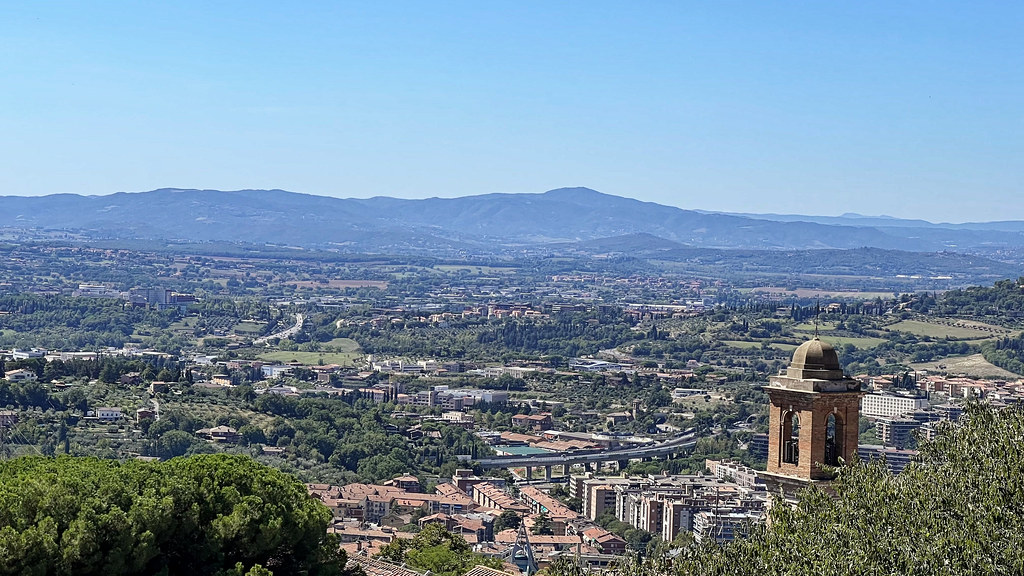 As is usual, we did a walking tour of Spoleto. Very close to our hotel was a Roman theater. We then took a series of moving walkways and an elevator uphill to the highest point in the town then walked back down, visiting churches and other interesting sites. 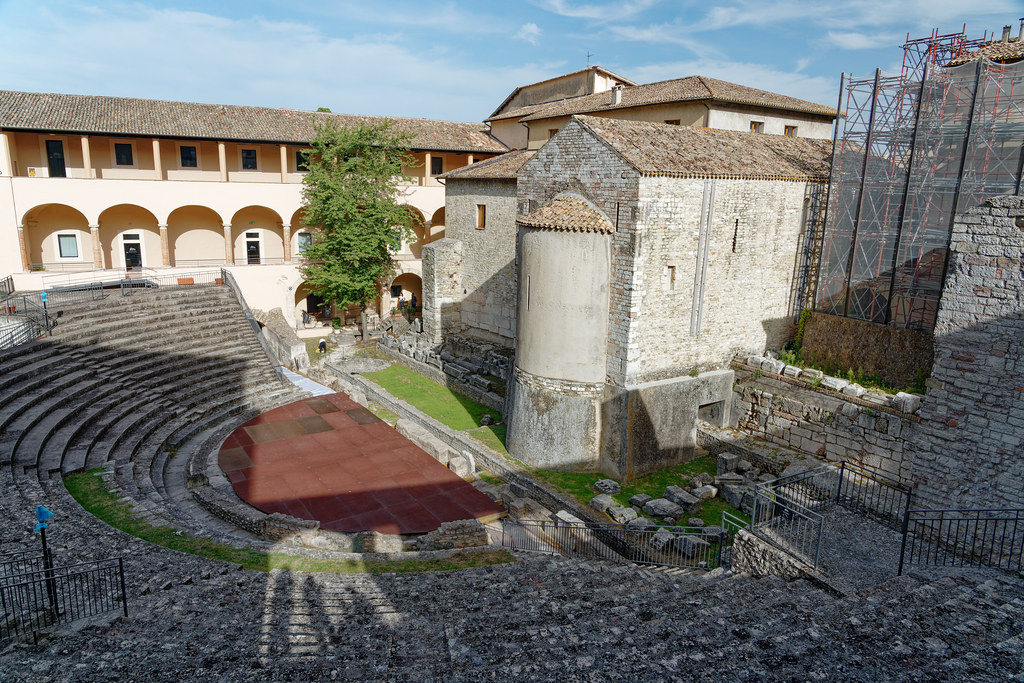 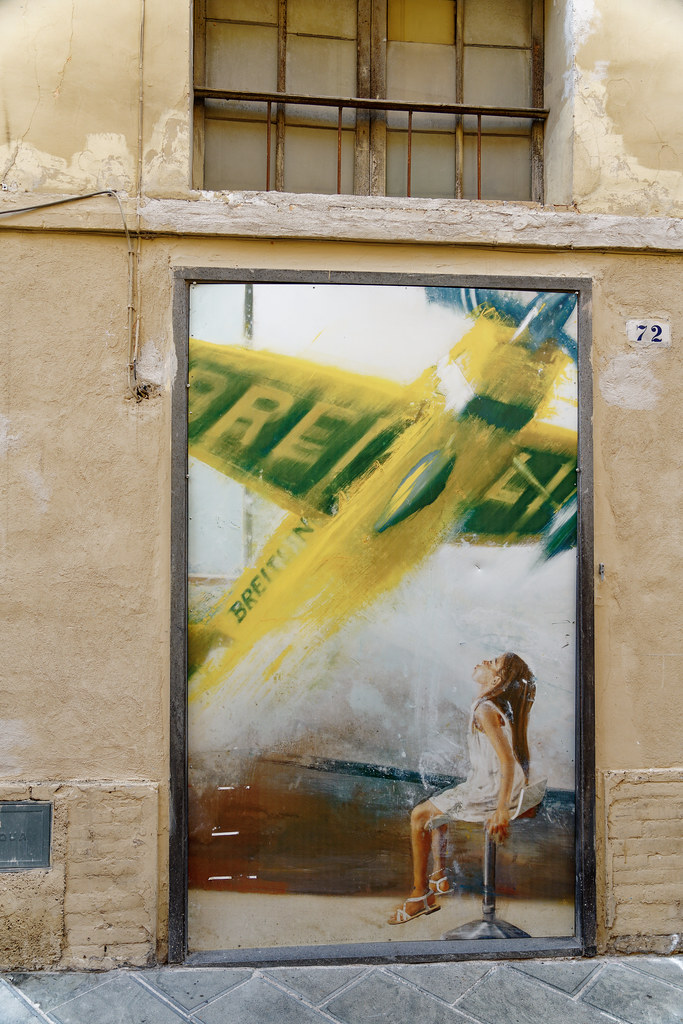 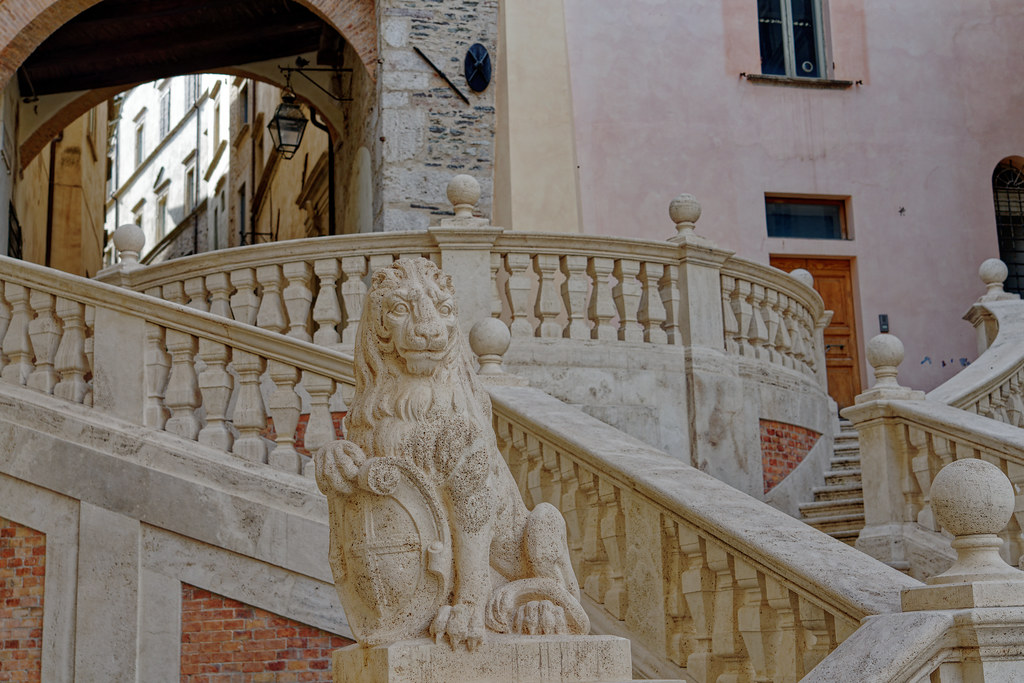 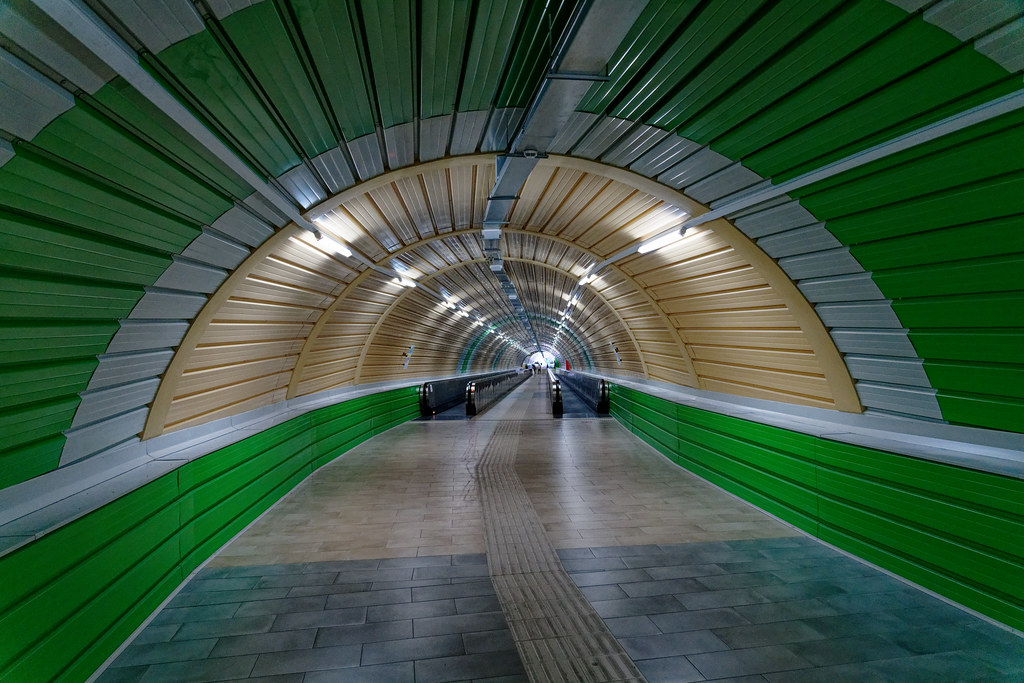 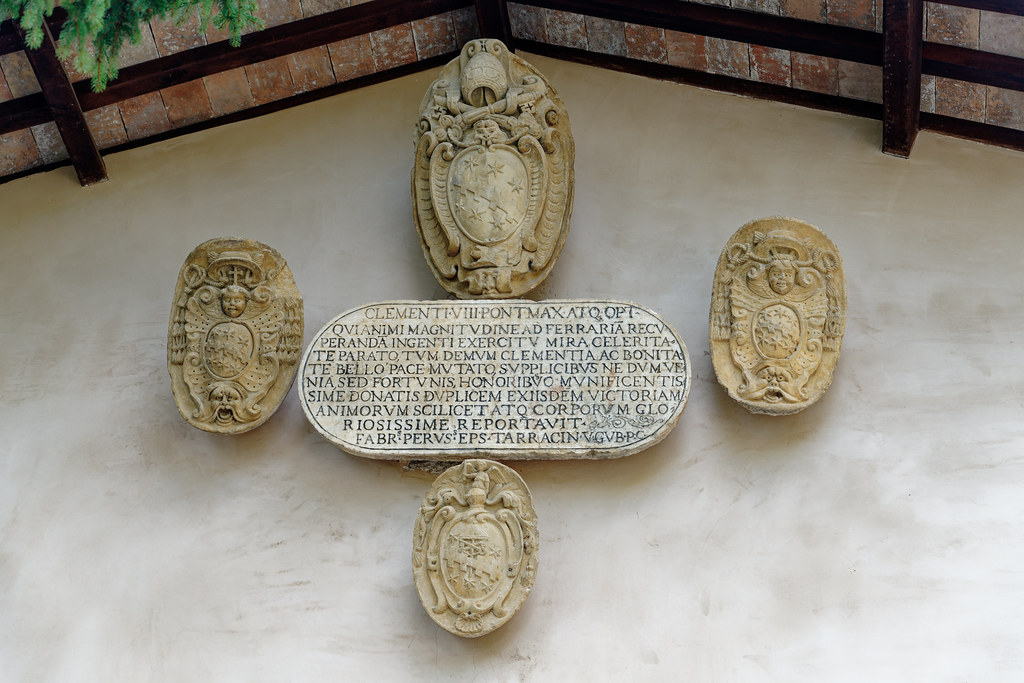 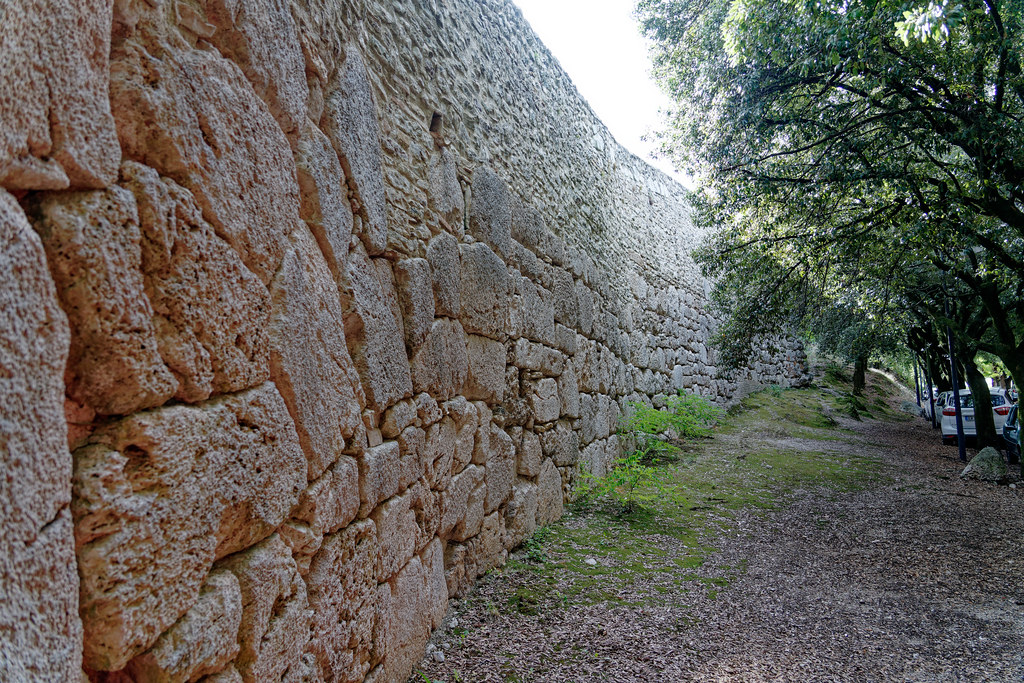 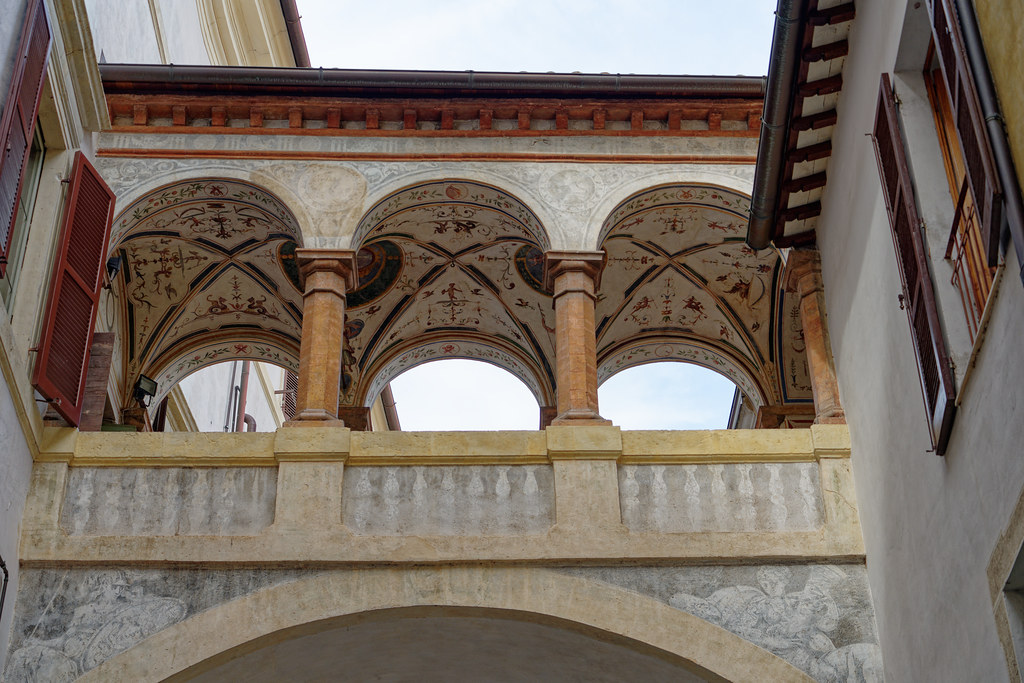 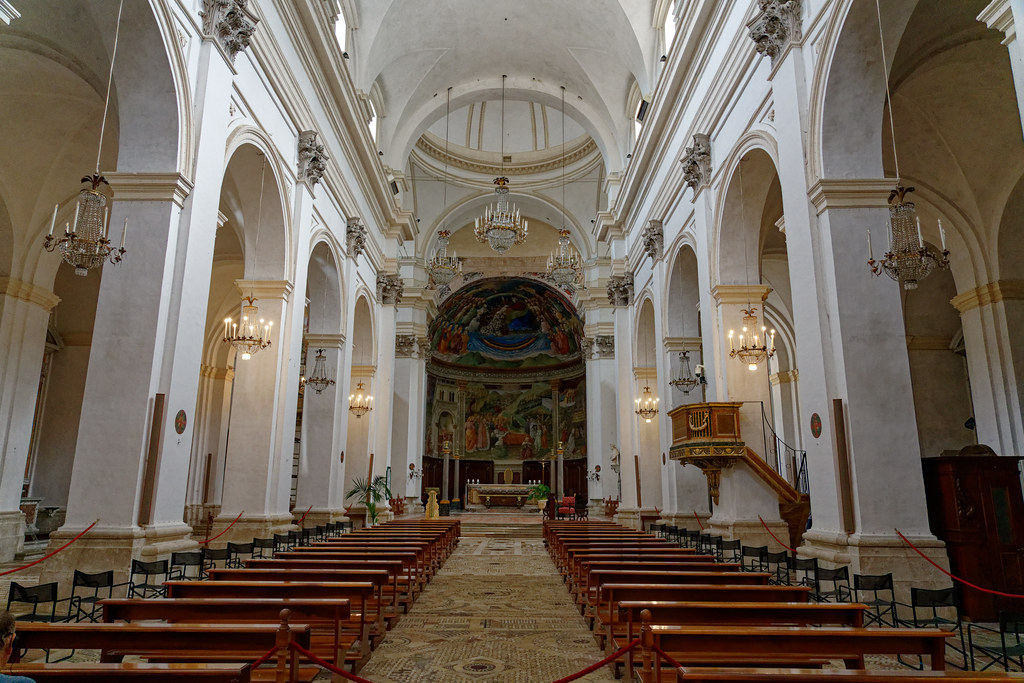 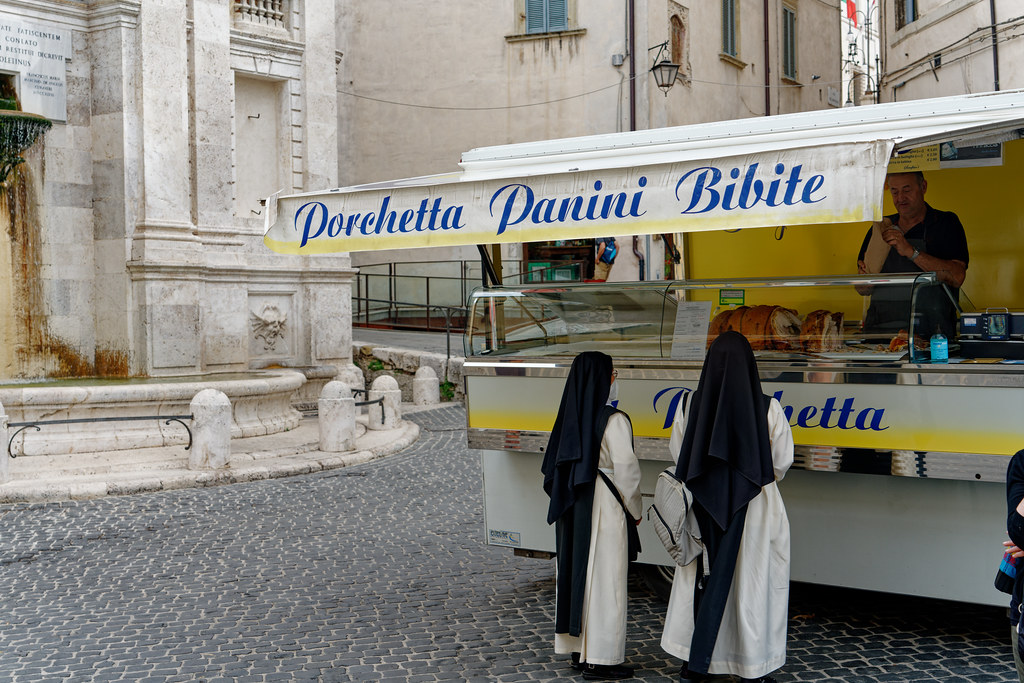 In the evening we went on an optional excursion to the town of Spello, where we were to attend a concert of Umbrian folk music. As we walked through the narrow streets of the town, we were told of the annual contest for decorating the streets with plants and flowers. At one point, Luca stopped to compliment a woman on how nicely she kept the plants, and she invited us into her home - it turned out she was the mayor's mother! 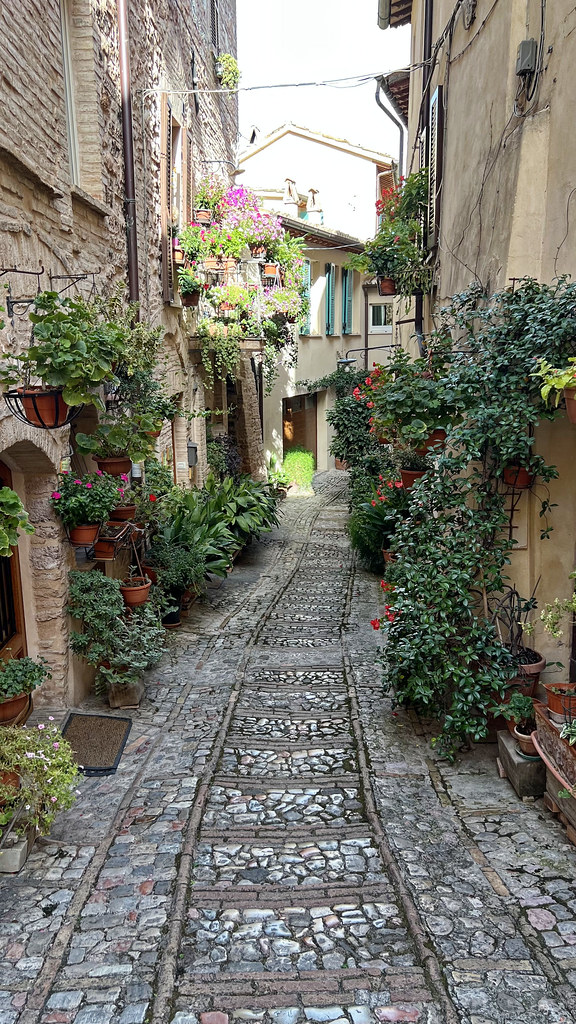 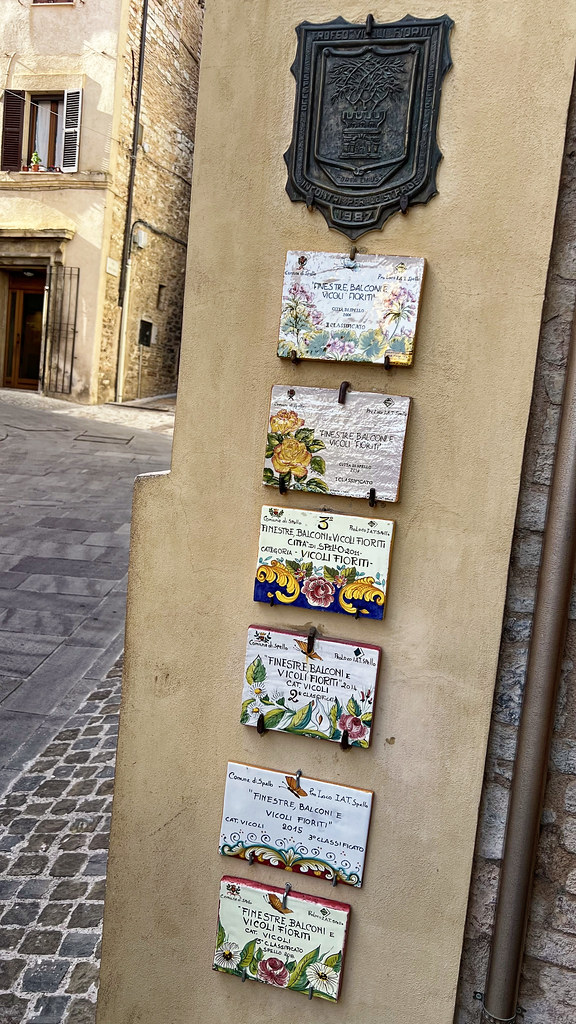 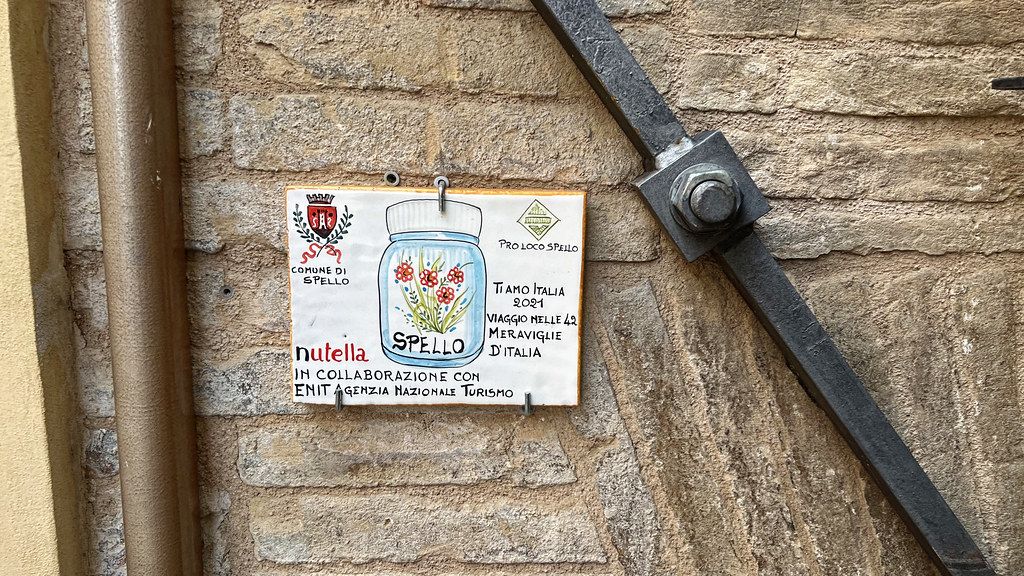 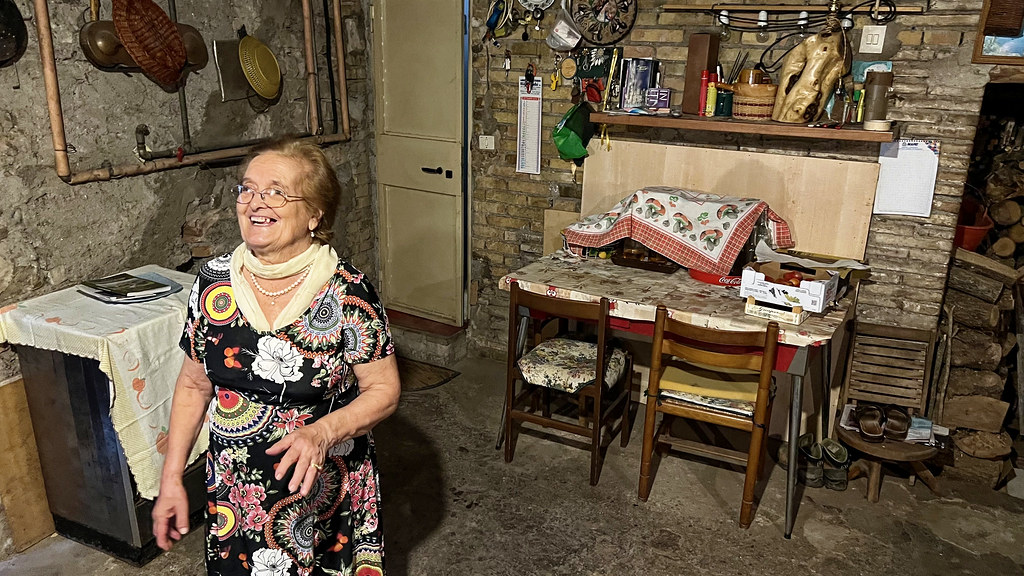 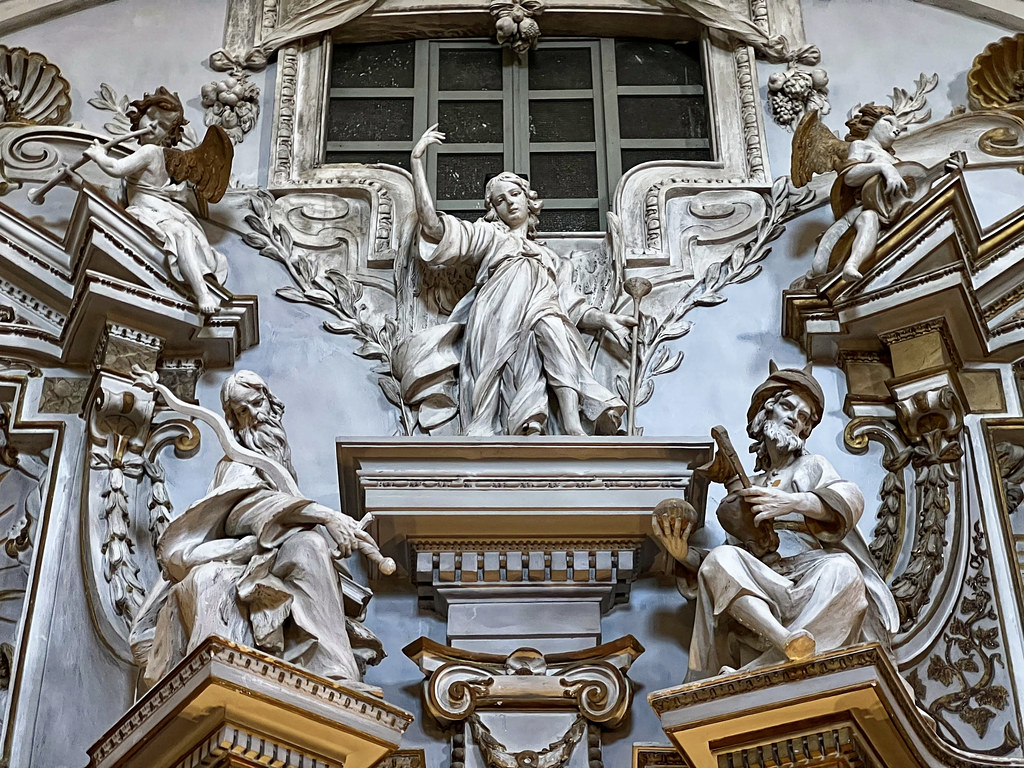 The concert turned out to be a private one, just for us, by three members of a larger group called Liberatori & Musici. Massimo Liberatori had written a number of songs in the style of Umbrian folk music and the trio played and sang them for us. We each got a booklet with lyrics in Italian and English and sang a verse of one of them (in English). The group has performed internationally, including in the US. We had a wonderful time, and bought one of their CDs. 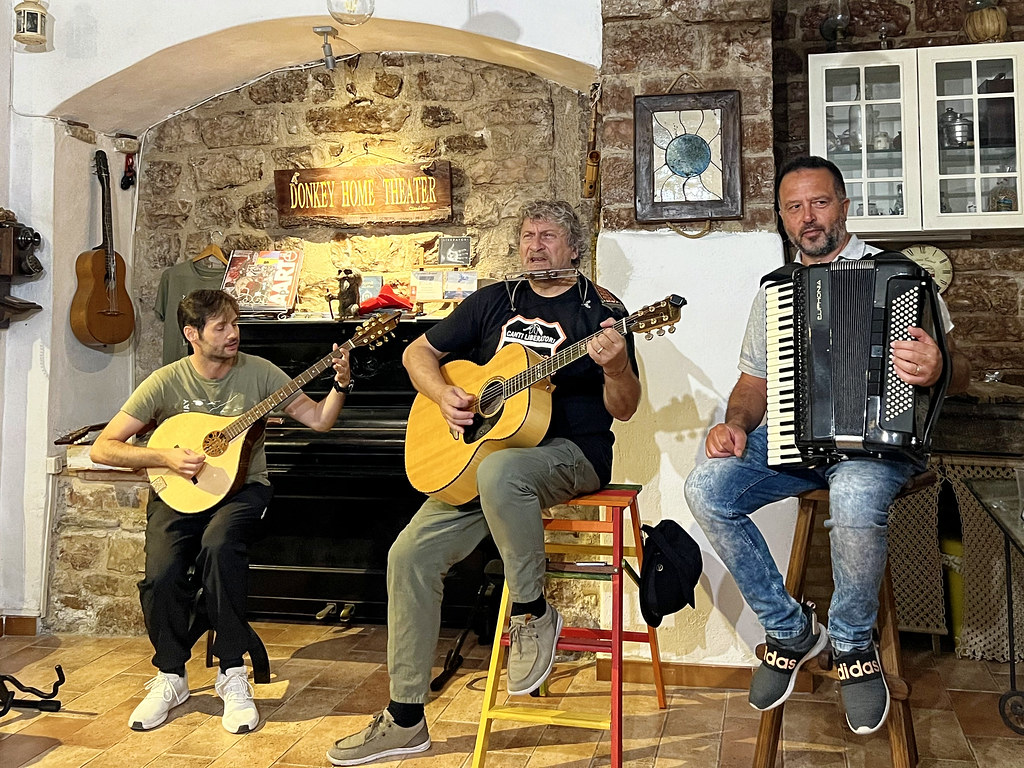 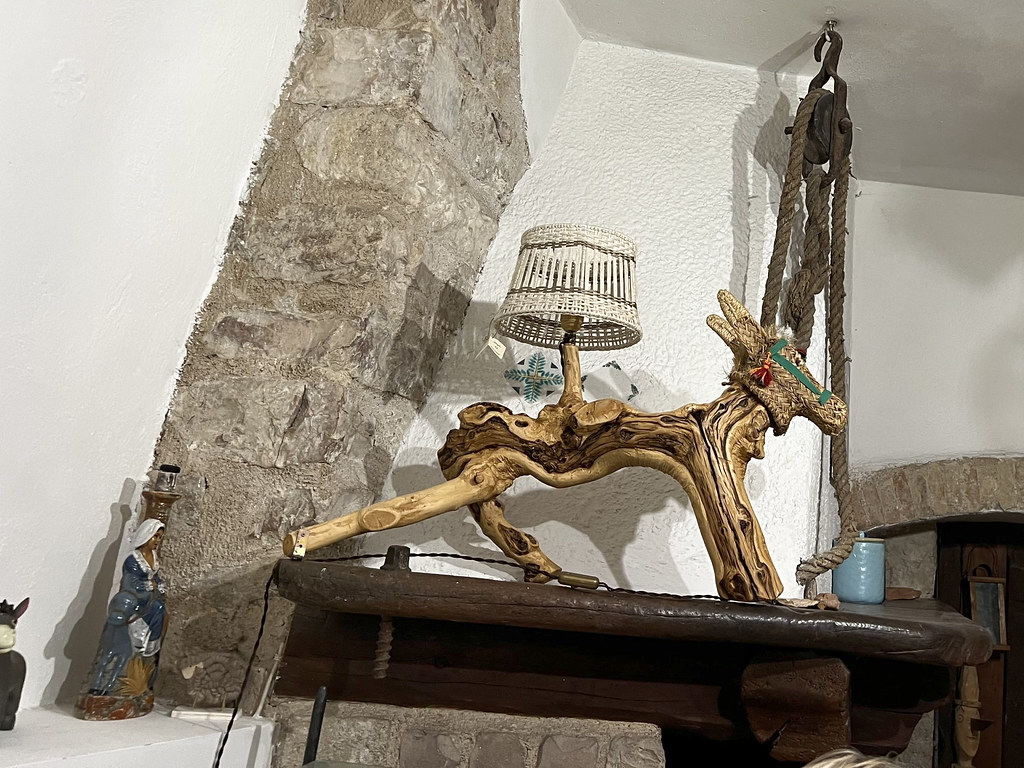