We traveled to the village of Polesine Parmense where we first visted a place that made Culatello, called "The King of Hams". It is made only in the Parma region and there are strict rules for its production. The hams are cured in a stone/earth room with only natural ventilation, and a mold is encouraged to grow on the hams, lending it an unusual outer color. The place we visited also contained a Michelin-starred restaurant. 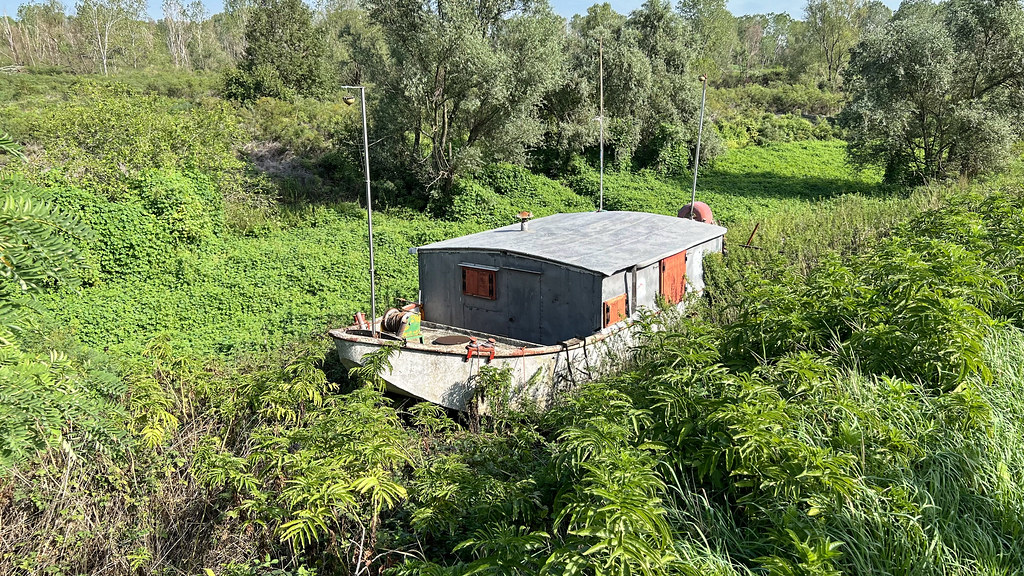 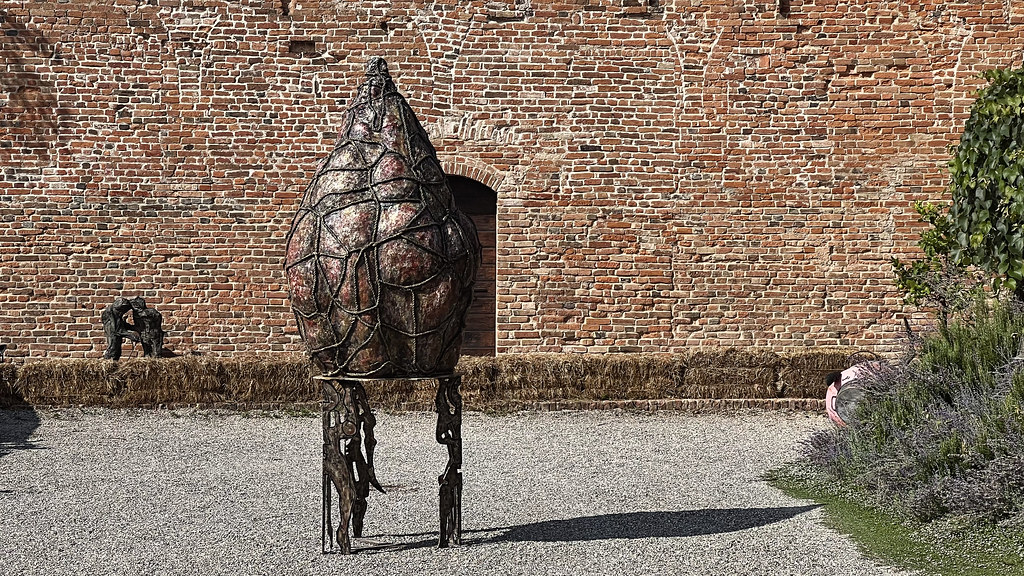 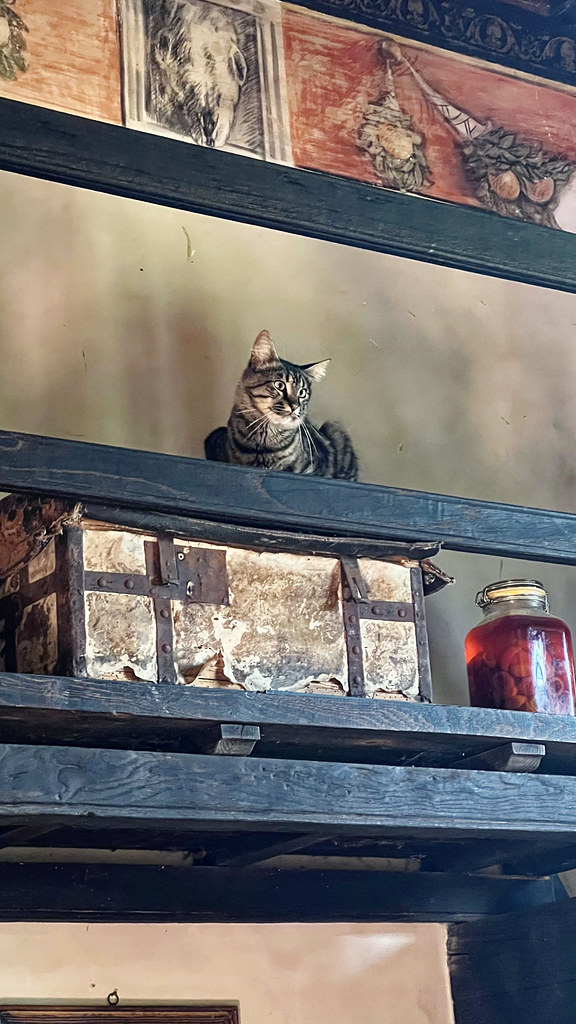 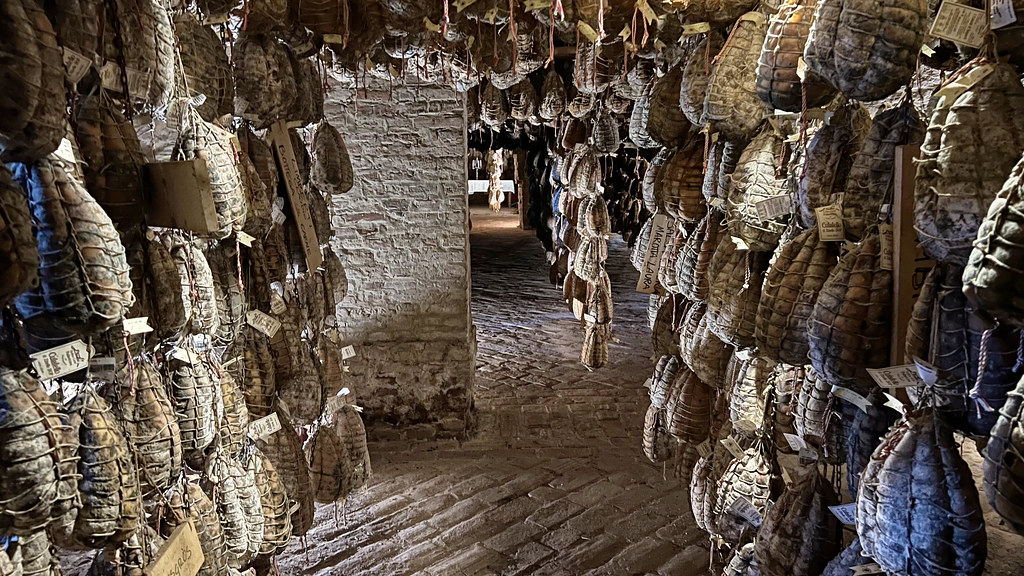 We then boarded a small boat and set off down the Po river. Stefano was our pilot and guide, pointing out things of interest. We stopped at Giarola Island (not really an island) and had a picnic lunch with foods from the Culatello place, as well as fruit from Stefano's gardens. We also met his daughter and grandson, and had a delightful time. 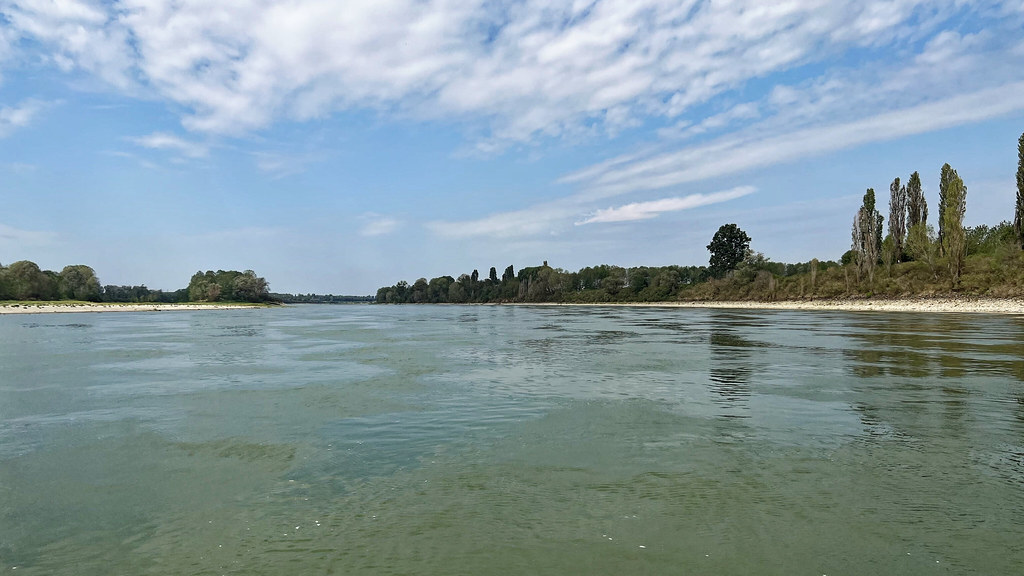 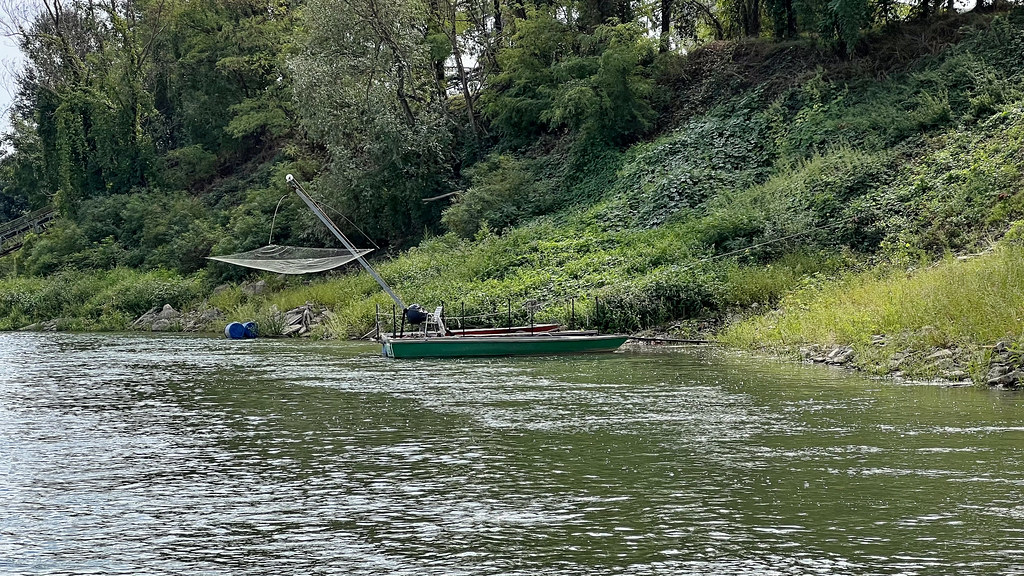 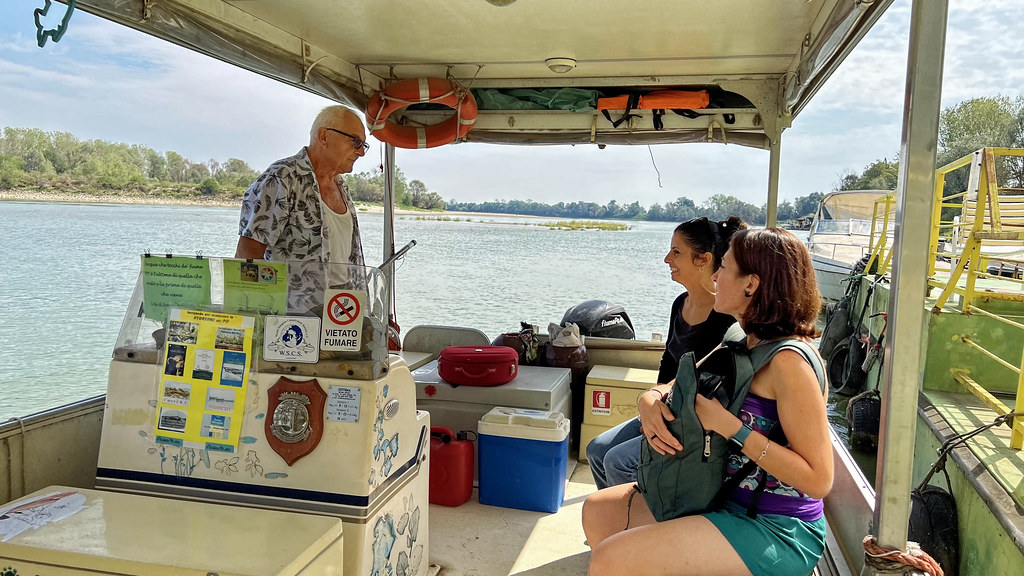 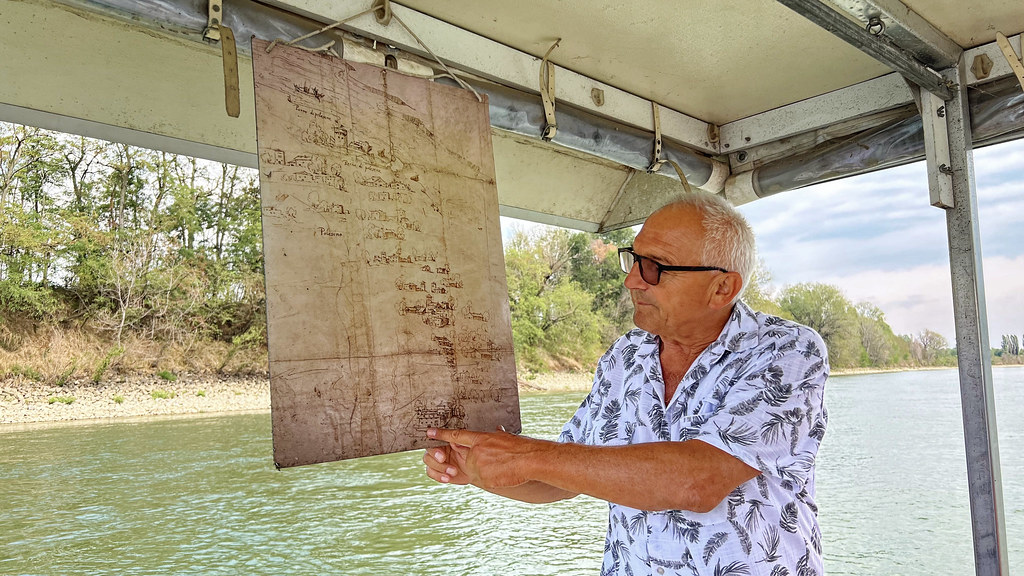 On the way back, Stefano stopped at a point along the way where we were encouraged to get out and walk around, looking for "anything interesting." While we didn't find anything, earlier visitors had found various earthenware shards, centuries old; one woman on an earlier tour discovered a huge fossilized bison bone! 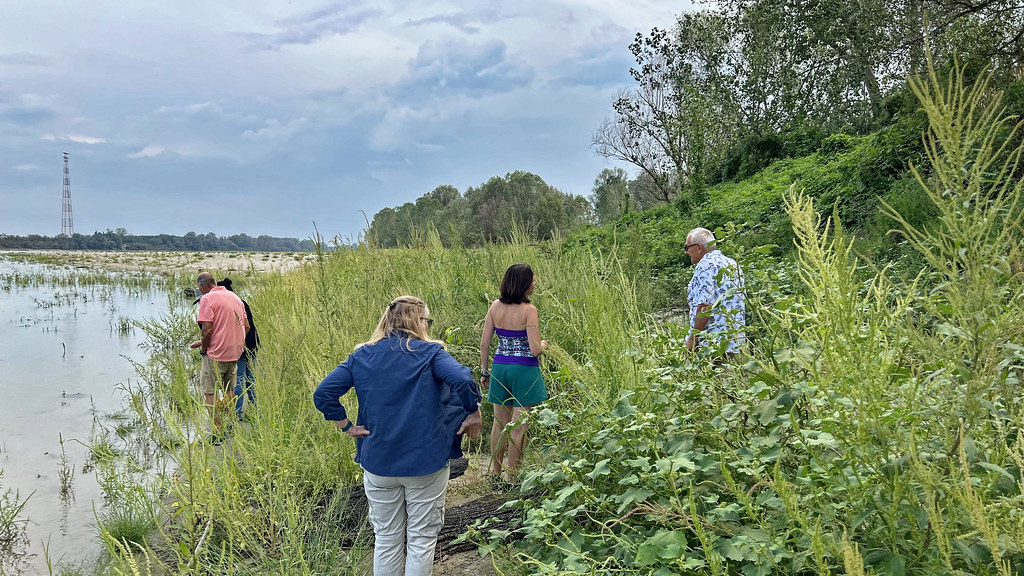 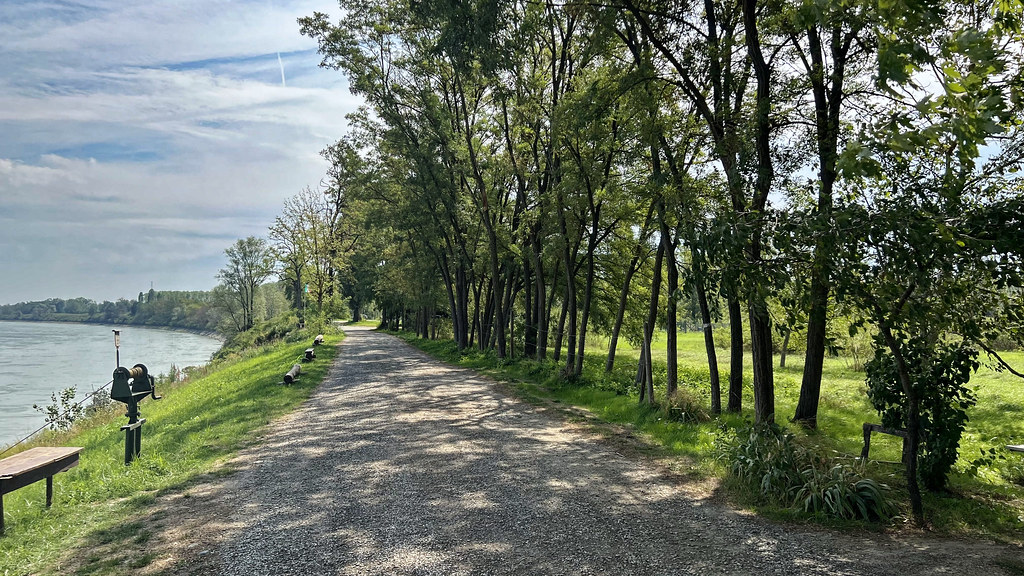 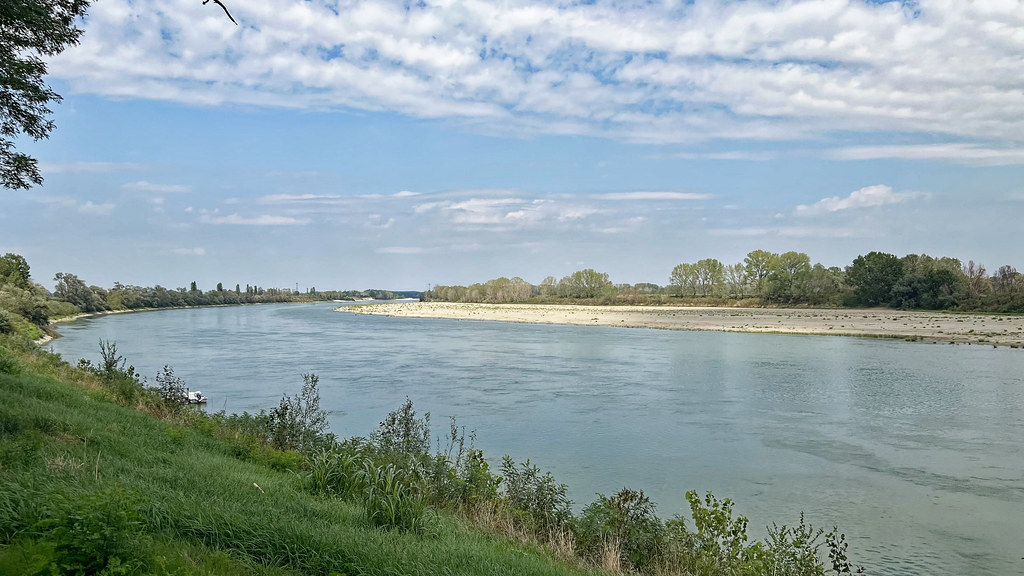 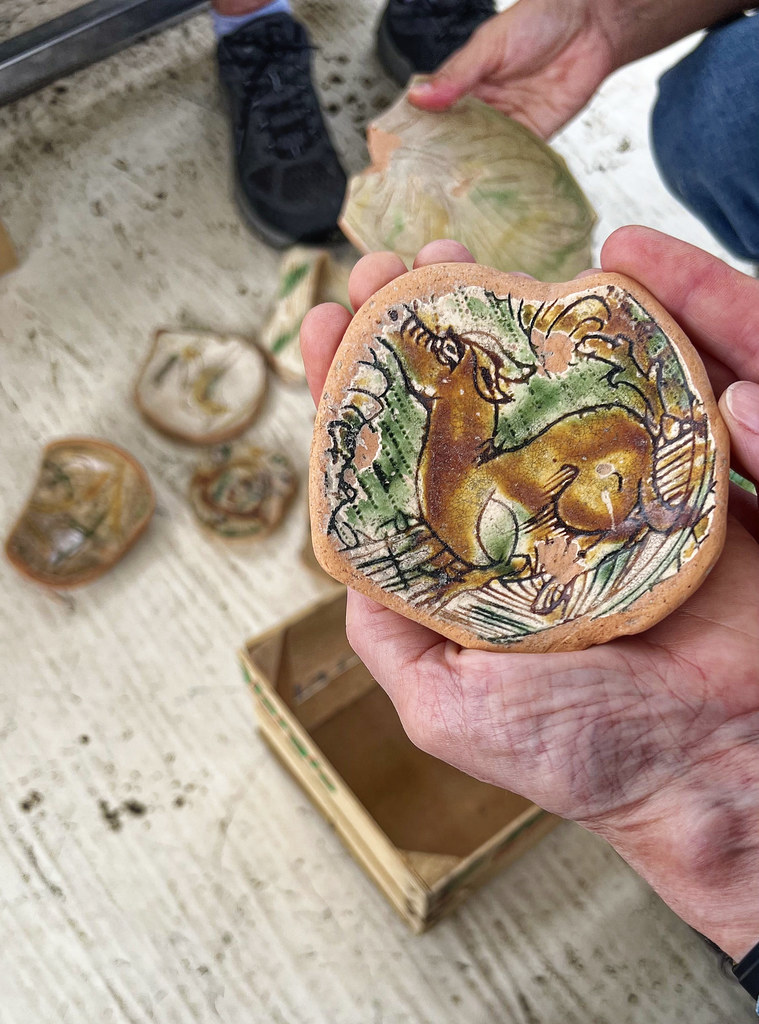 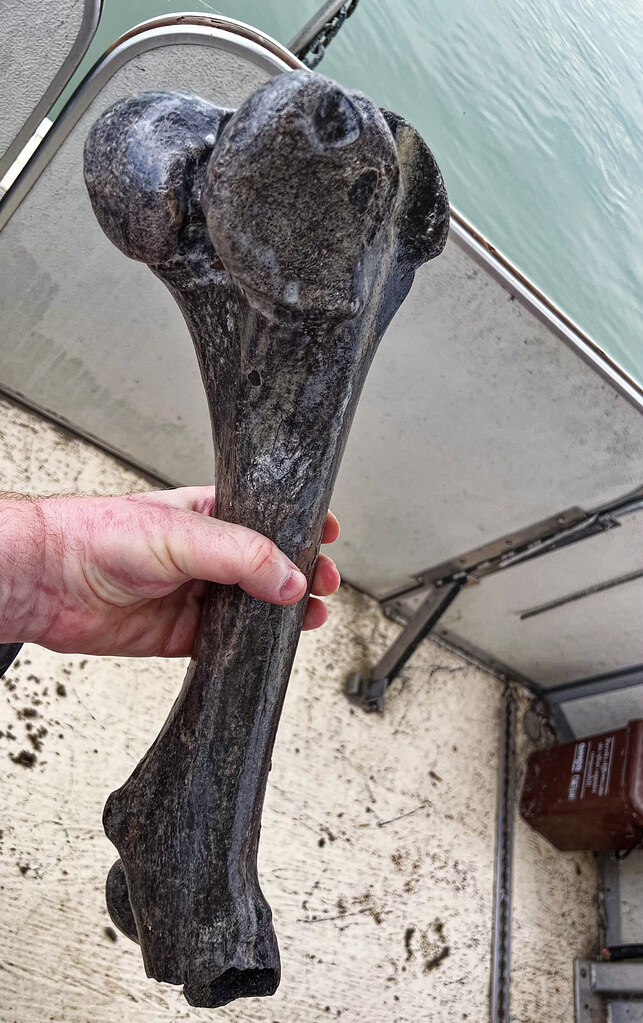 On our way to join the main tour in Lucca, we stopped in several towns. First was Fontanellato, which during WWII contained a German POW camp. 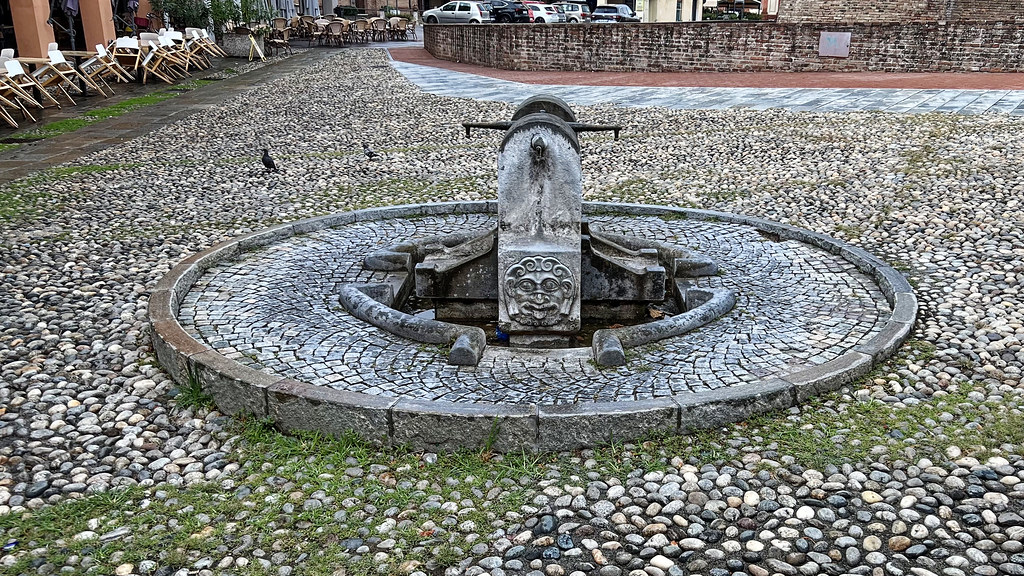 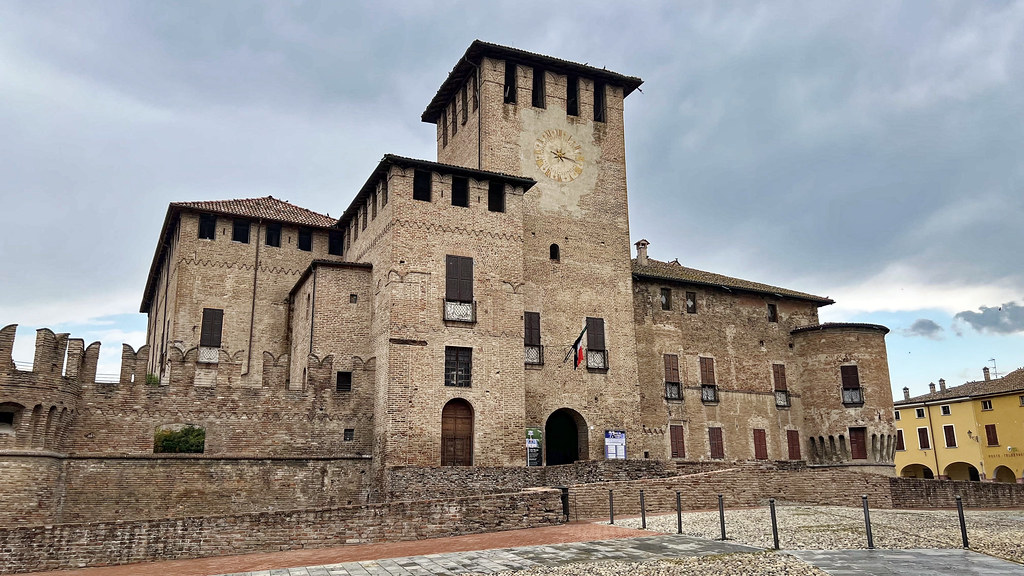 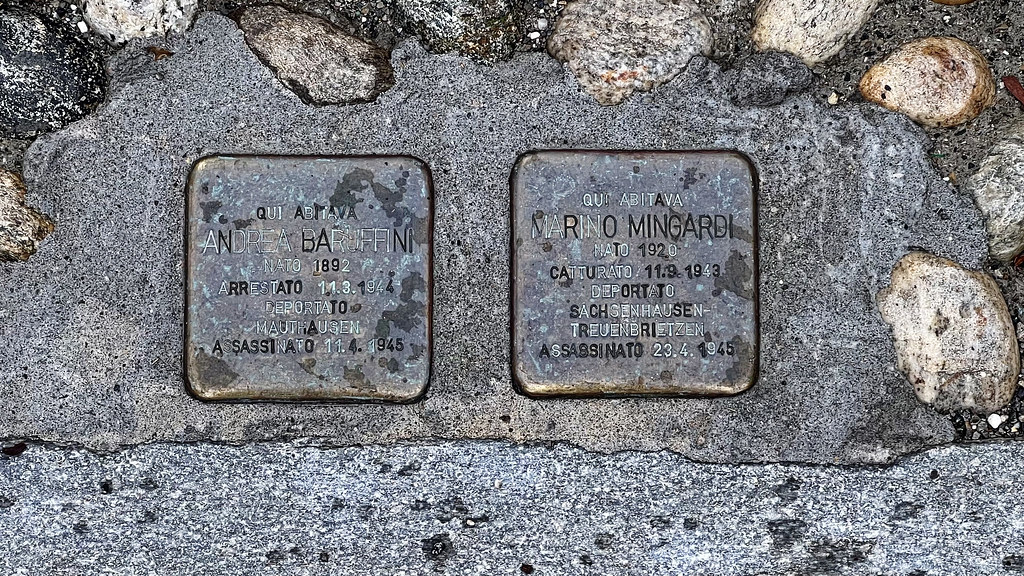 Then it was on to Pontremoli, where we had a walking tour of the town. 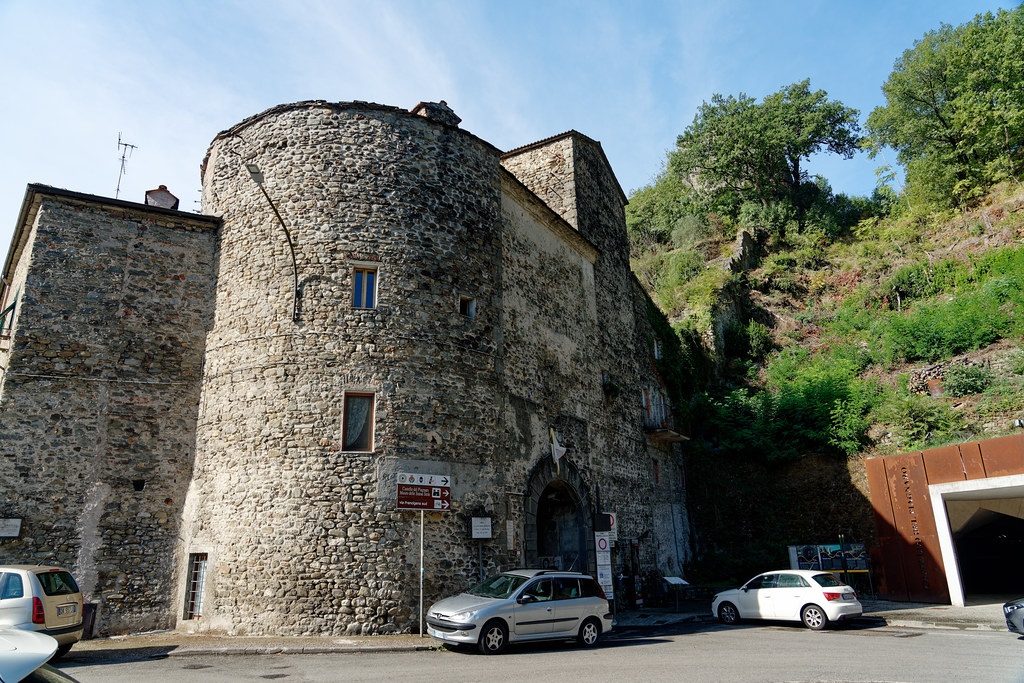 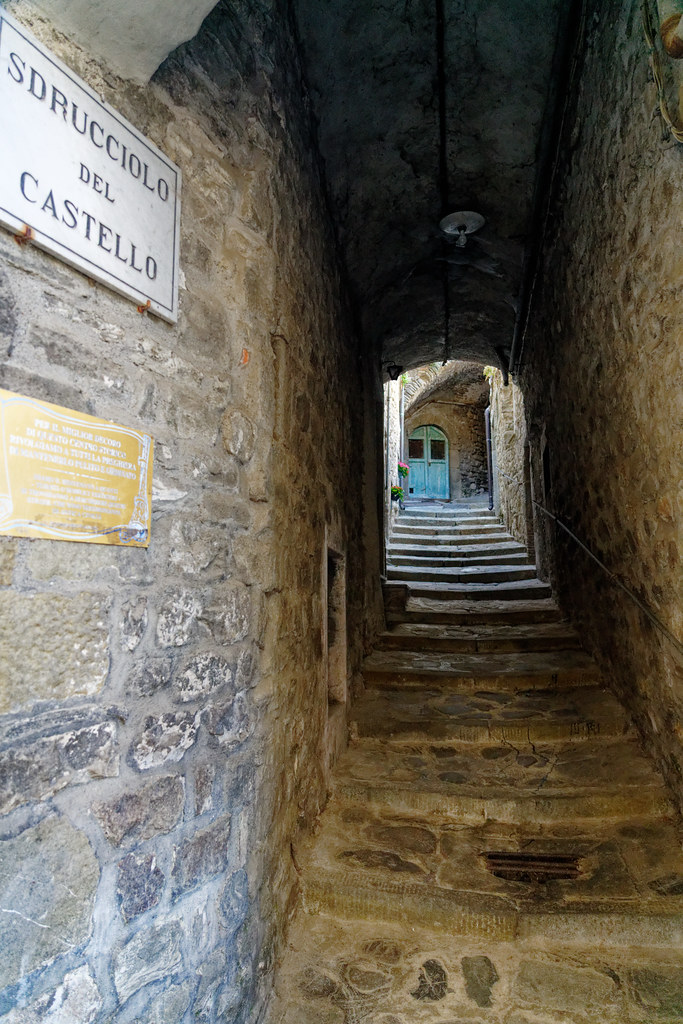 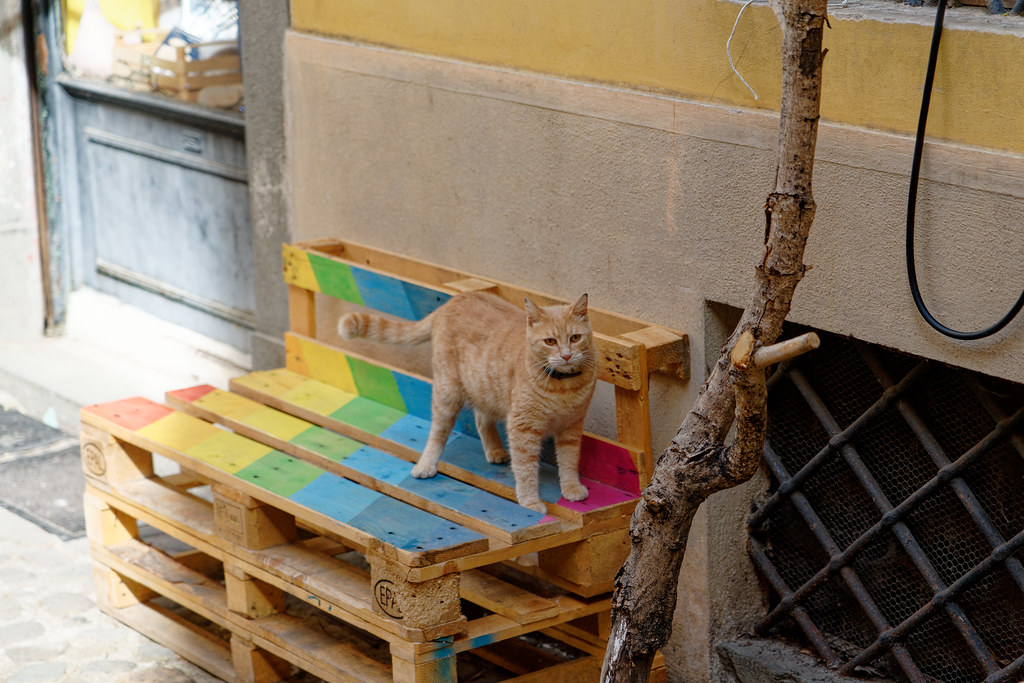 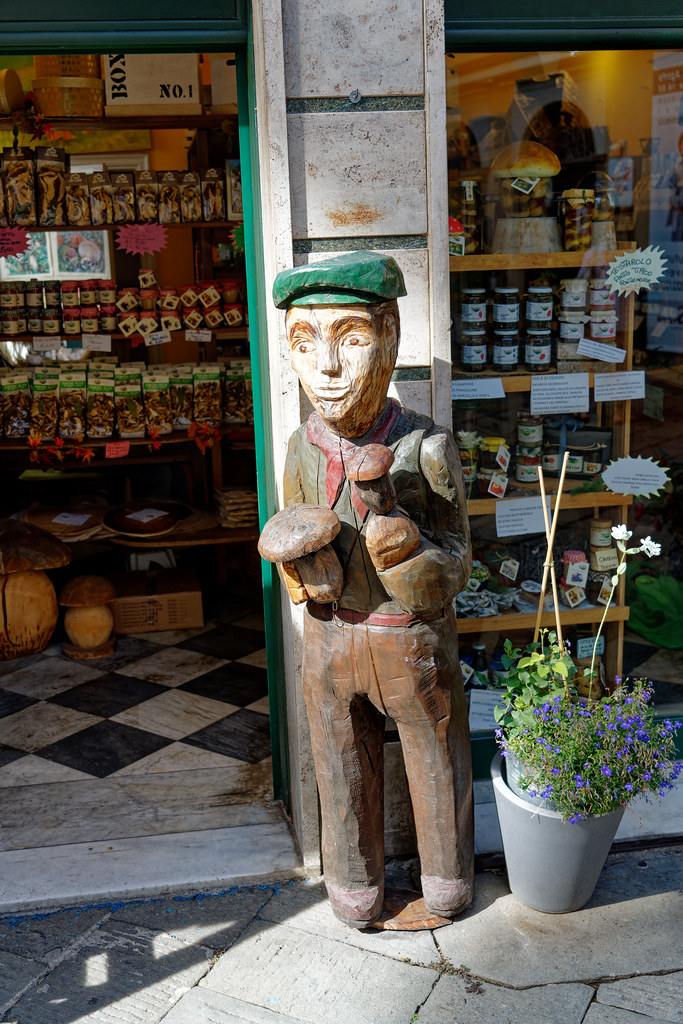 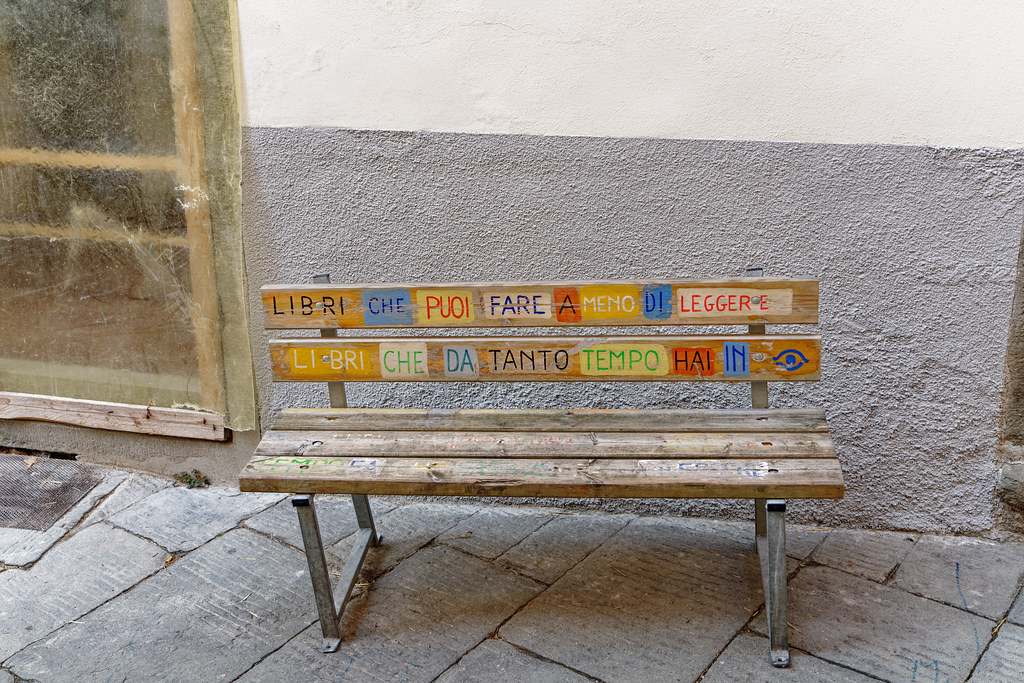 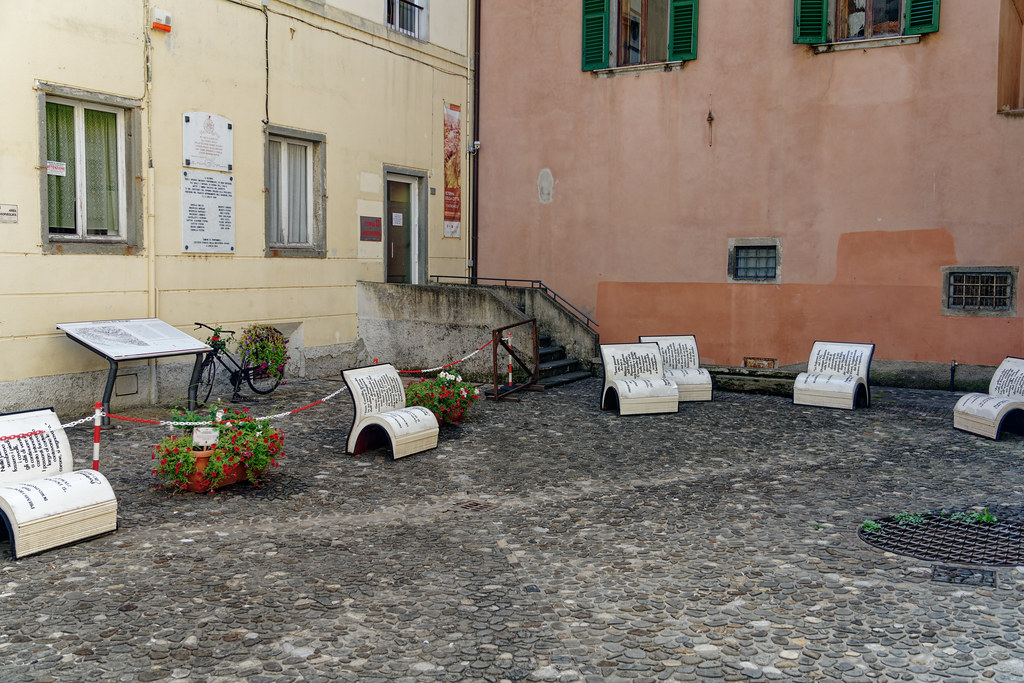 We continued on to Lunigiana, where we visited the home of Marcella, who makes a local item called testaroli, disks of pasta dough made without eggs, fried briefly, cut into pieces and then boiled. She works in her hot kitchen all day, making testaroli for local restaurants. We had a lunch of testaroli mixed with pesto and with a tomato sauce. The texture was unusual and the meal delicious. 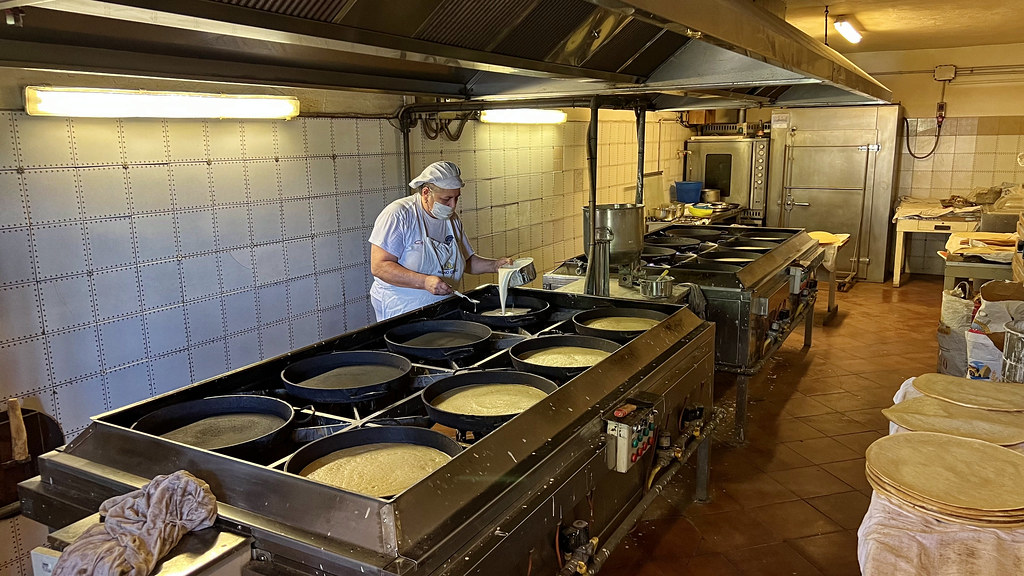 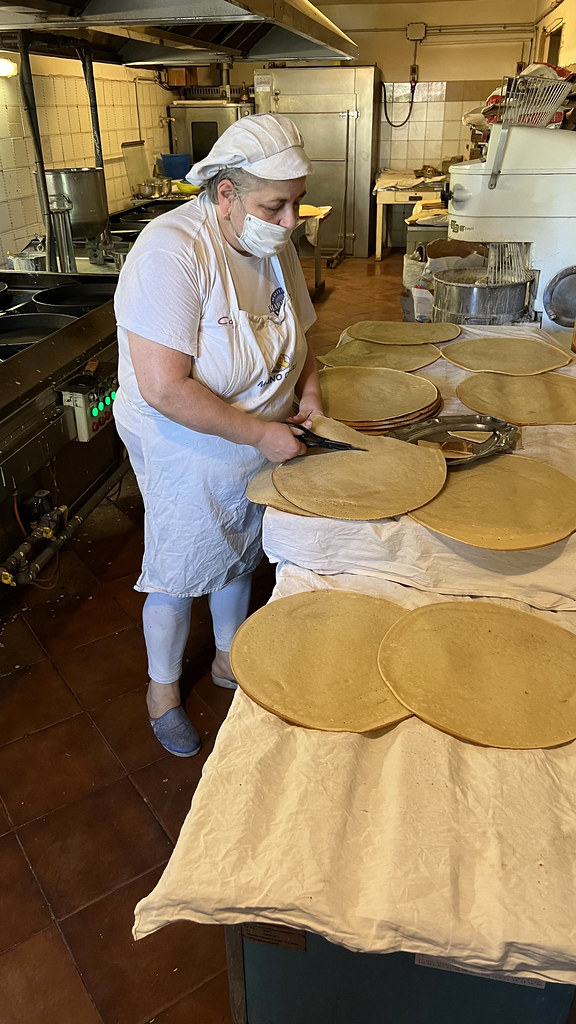 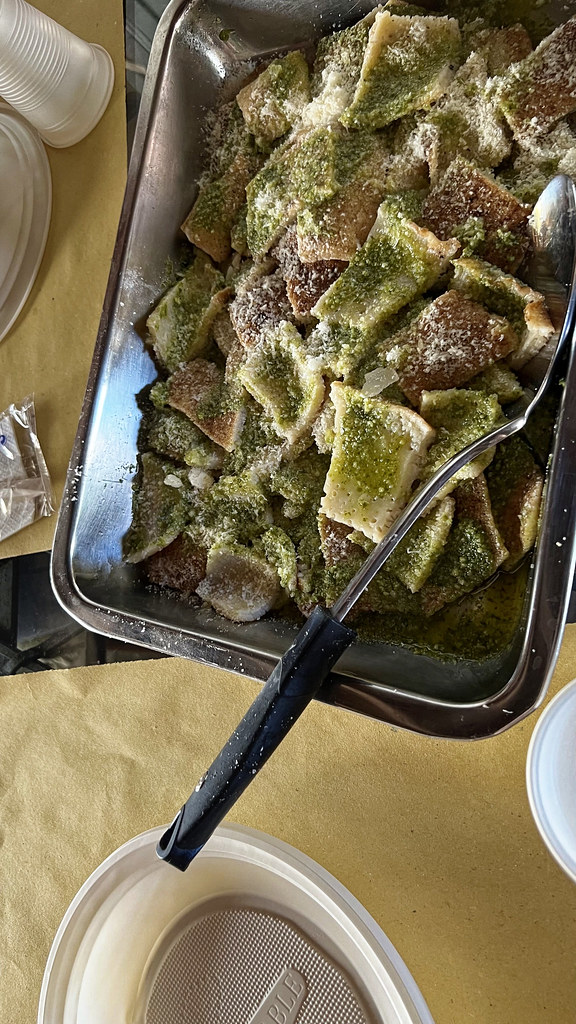 We then continued on to Lucca, where we said goodbye to Daniela and Paola, and met Luca, our tour leader for the next two weeks.