Twenty-two of us were bused to the Bordeaux train station where we boarded a TGV to Paris. The seats were very comfortable and it was a delight to see the French countryside whizzing past at 180MPH. Each of the 1st Class seats had a large drop-down table, AC and USB power, and electrically reclined. The trip took less than four hours. 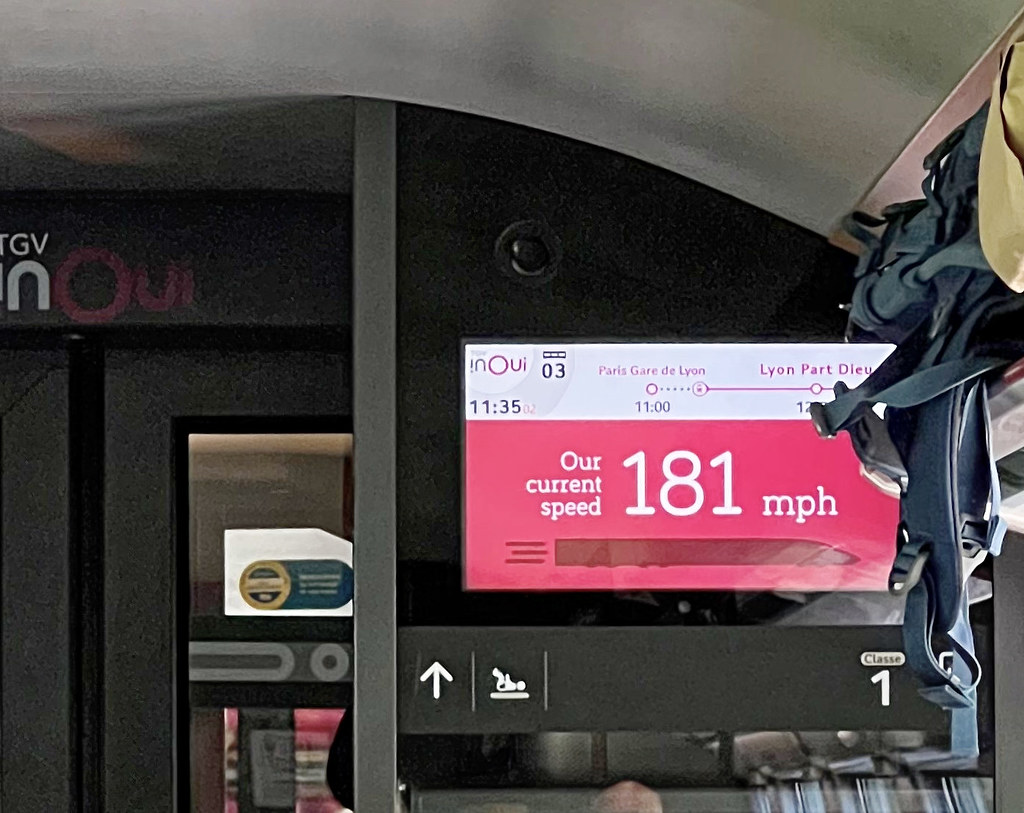 When we arrived in Paris, our bus wasn't there; Simon, our "minder", was quite upset. It turned out that there had been a misunderstanding, exacerbated by late substitutions in staff on our new ship, and the driver thought he was picking us up from the airport. Simon first tried to arrange for some taxi vans to get us to the ship, but a short while later a Uniworld-branded bus arrived to pick us up and take us to the S.S. Joie de Vivre (joy of life), which was our home for the next leg, which Uniworld calls "Paris and Normandy".

The Joie de Vivre is a bigger ship than the Bon Voyage, with ten suites rather than four. The staterooms are bigger, too, but the space, at least in our suite, wasn't used as efficiently. The bed now faced out to the windows, which opened, but there was no balcony. Otherwise, it was equipped much the same, though the desk was shallower. Large, bulky chairs with feet that kept catching on the carpet didn't help. The bathroom was more spacious, which was a plus. Valentin was our butler on this leg, and he was very helpful. 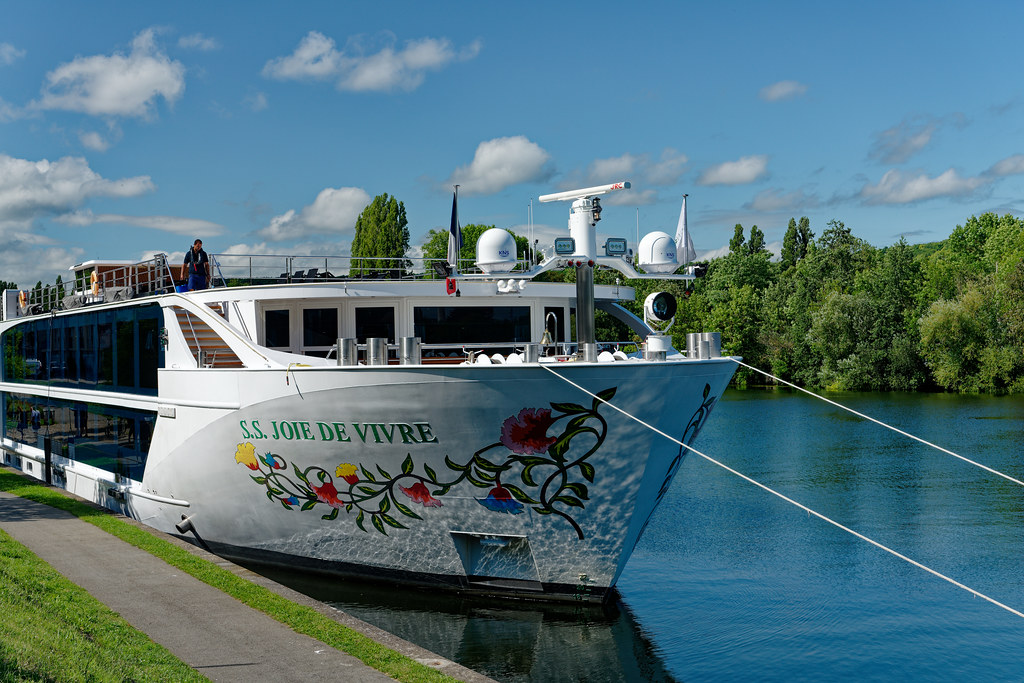 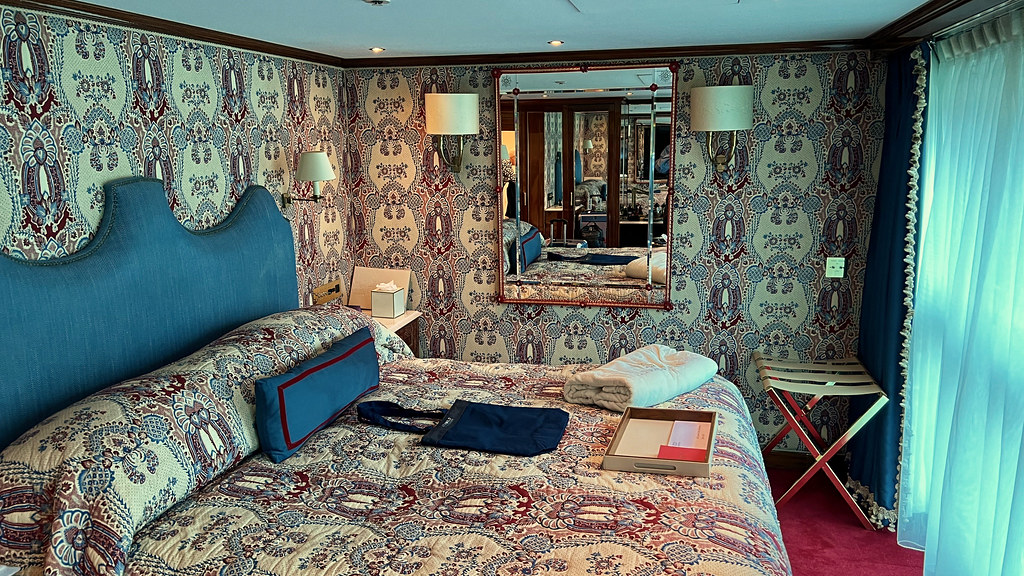 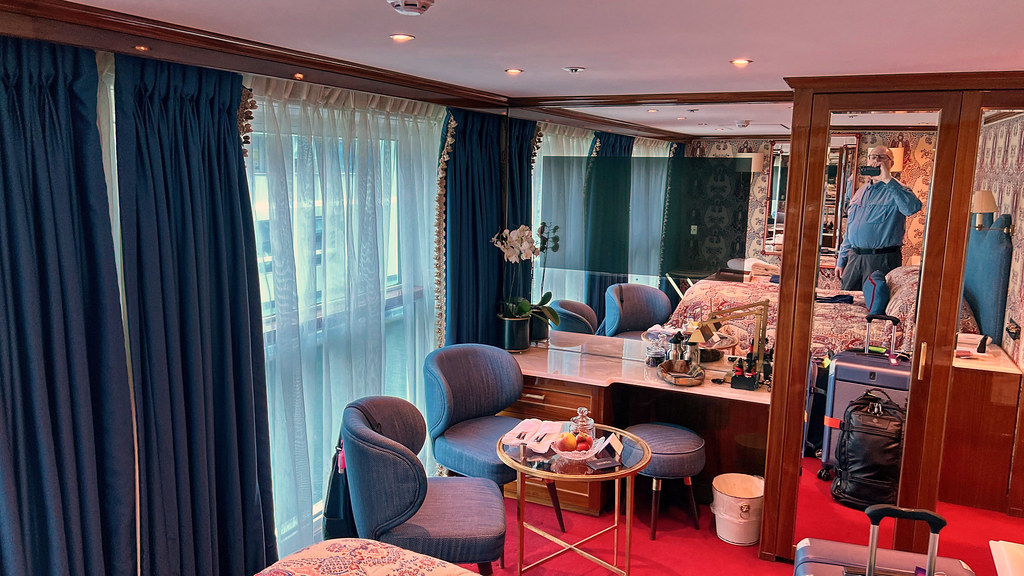 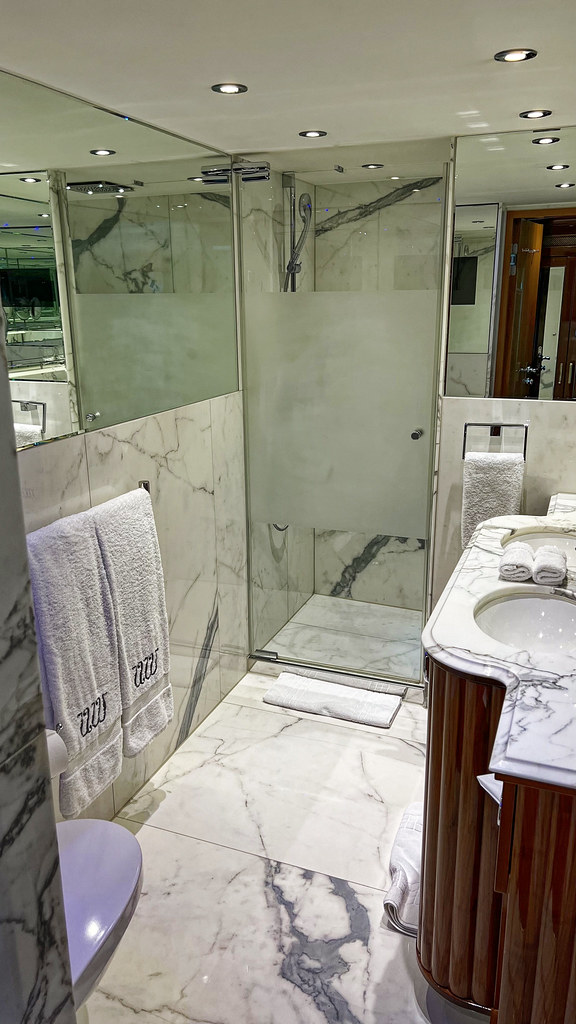 As we sailed out of Paris, there were some interesting sights. 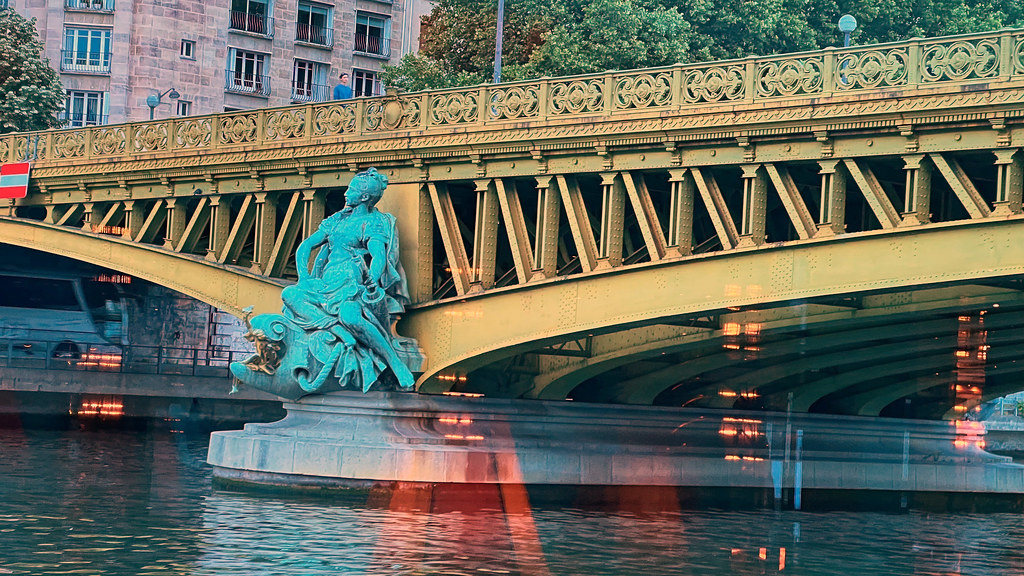 We docked in La Roche-Guyon and visited its castle, which during WWII, had been taken over by the Germans and served as local headquarters for Rommel, as well as barracks for soldiers plus an ammunition store, while the present owners continued to live in an upstairs apartment. No original furniture remains, but the room that served as Rommel's office had several large paintings, including one of a Jewish woman who married into French royalty. (We were told that Rommel was unaware that a Jew was watching over him.) 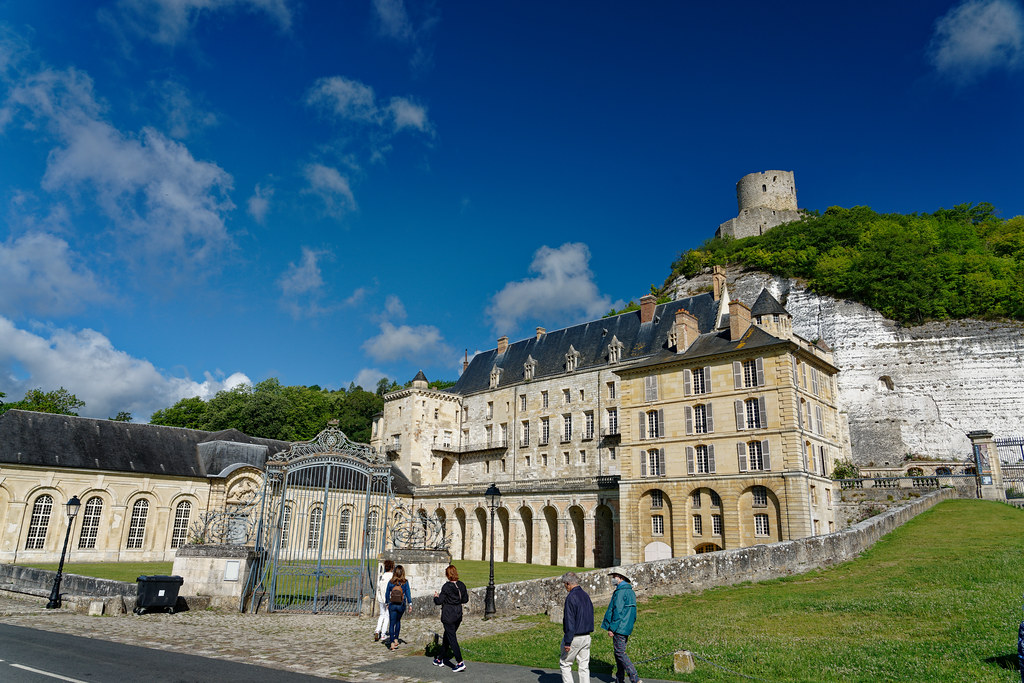 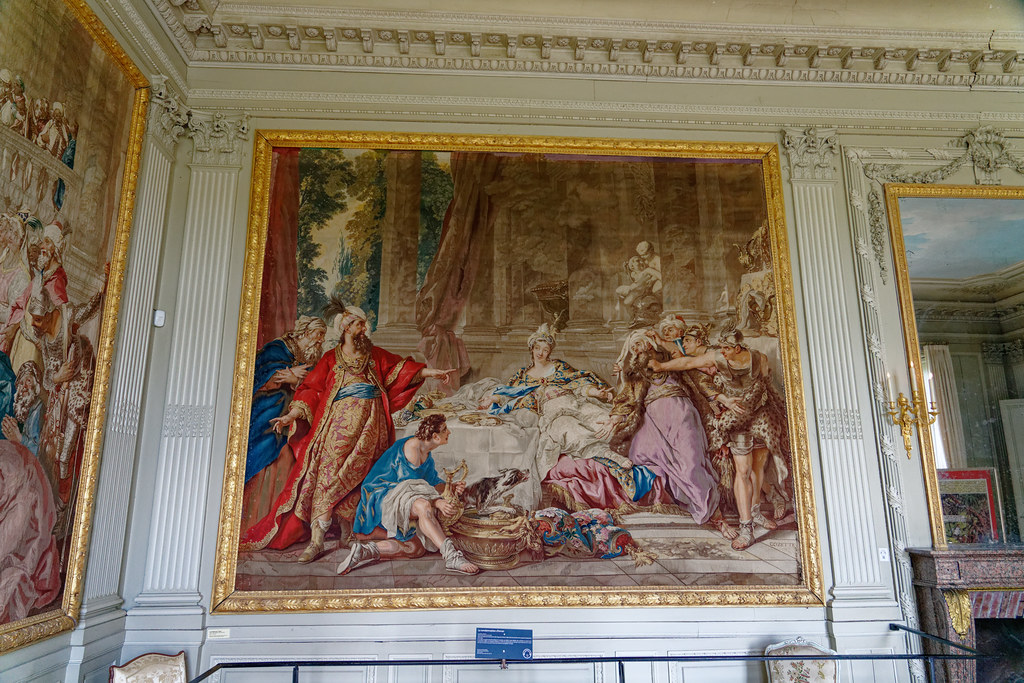 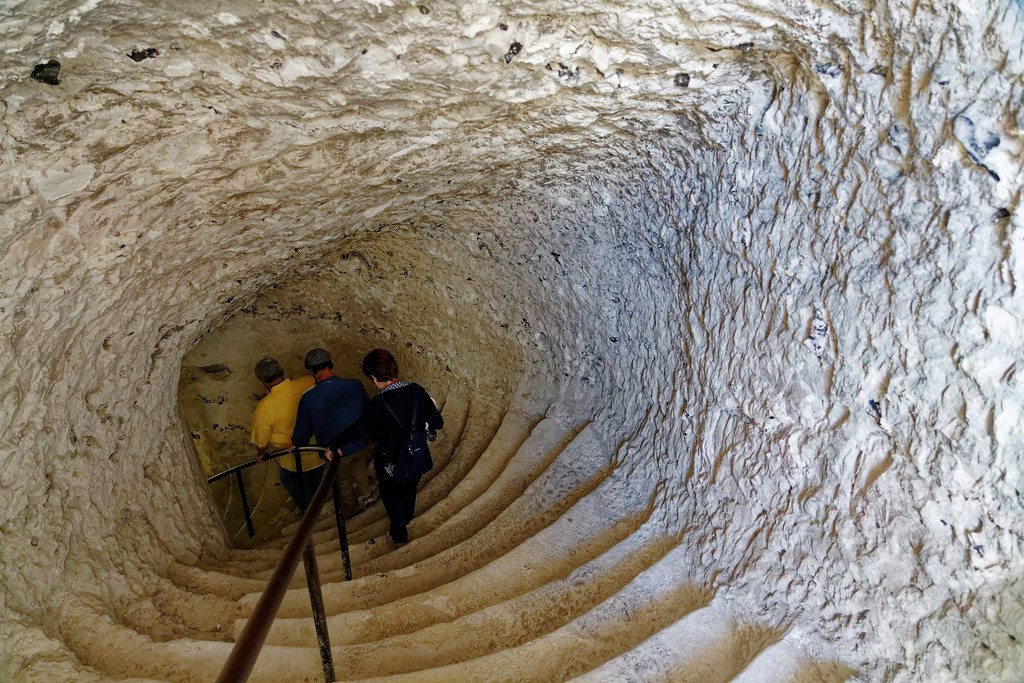 Underneath the castle, the Germans stored ammunition and housed soldiers. 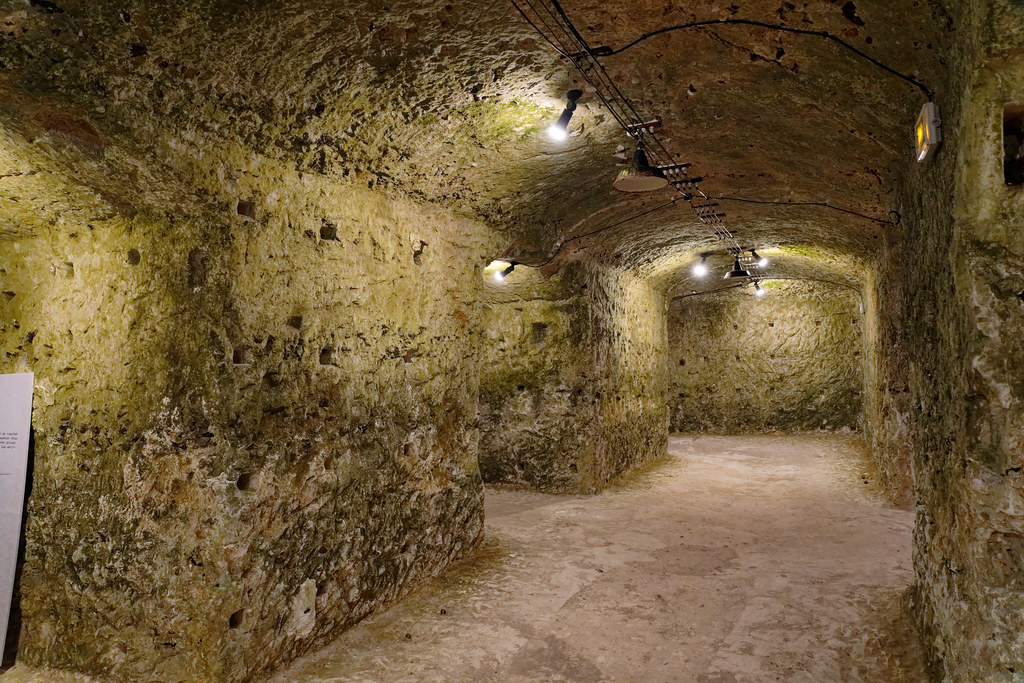 Our second stop was in Giverny, to the home and gardens of Claude Monet. It was crowded, but Stefanie, our guide, said it had been "ten times worse" the preceding week. The gardens were beautiful, with lots of water and day lilies, but Leslie noted that plants that liked dry were planted together with those who like moist, sun-loving and shade plants were stuck together, etc. No wonder we were told that, even when Monet was alive, plants that died were simply replaced. 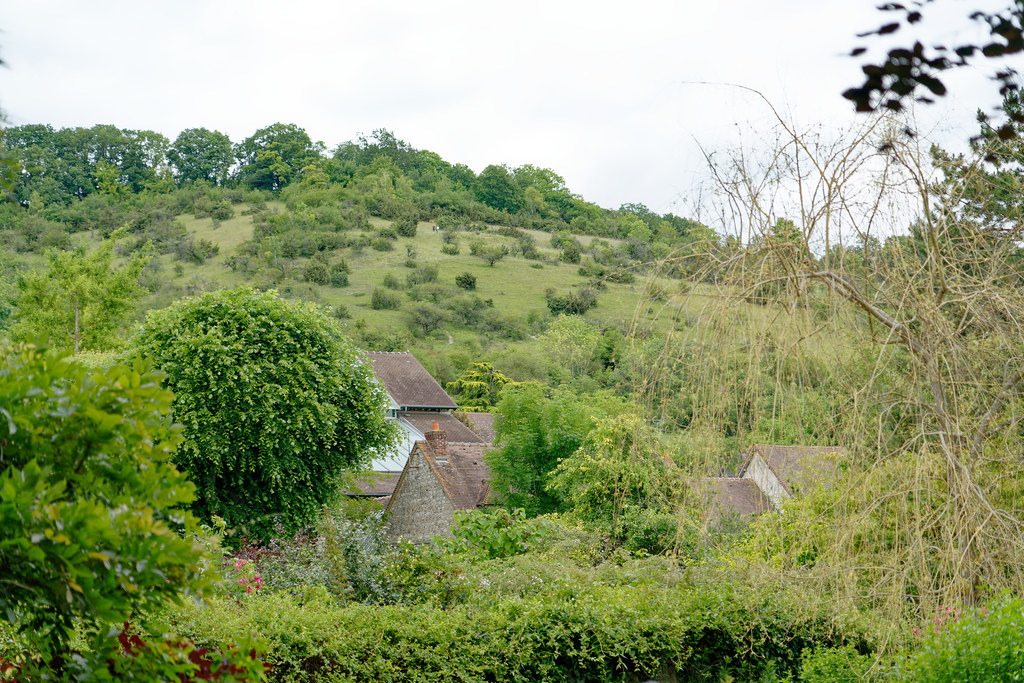 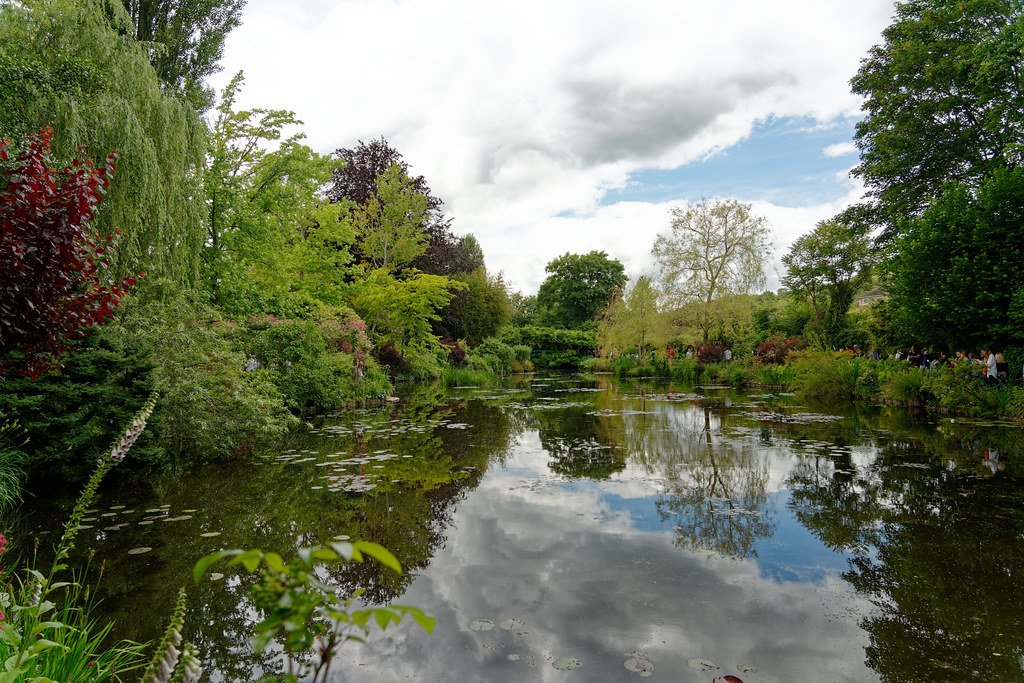 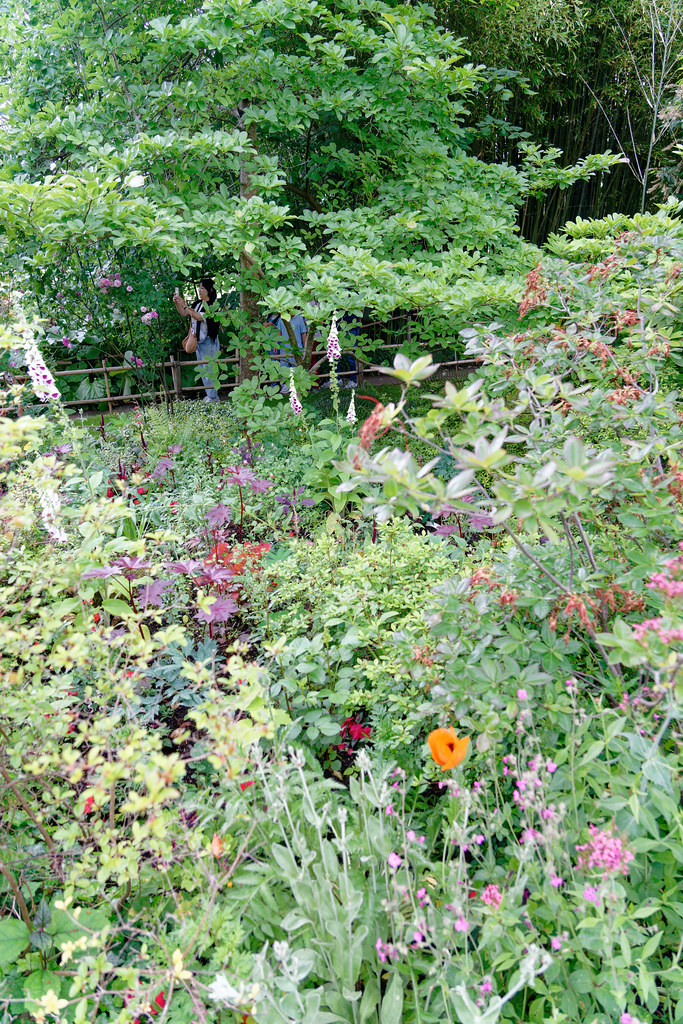 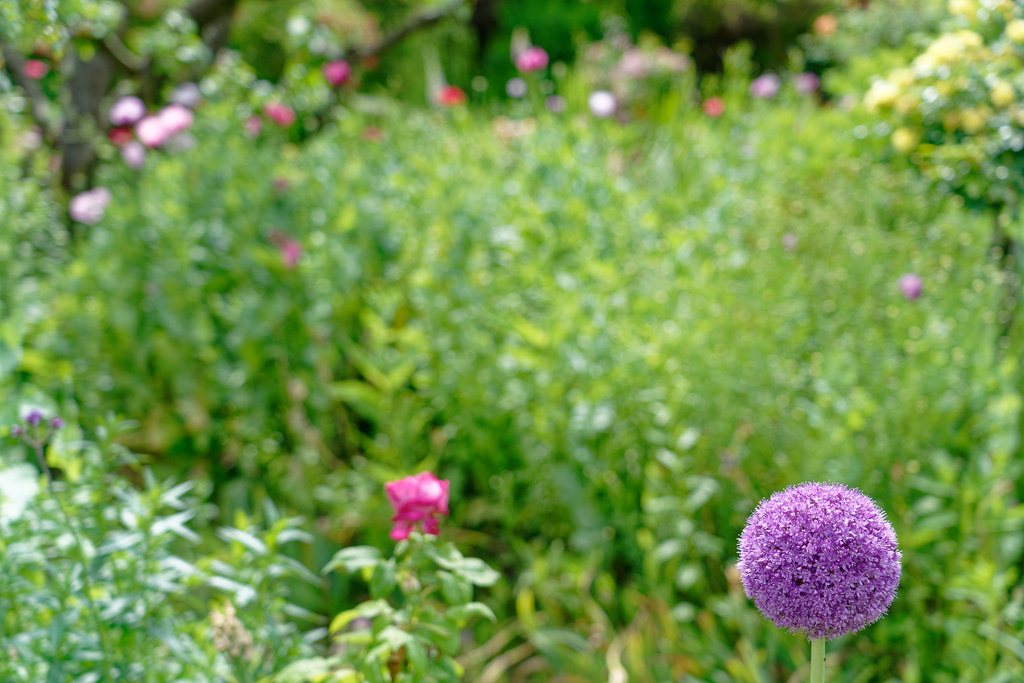