Rouen, which once served as the Duke of Normandy's capital, was our morning tour. The delightful Stefanie once again led our group, and she told of how she worked as a waitress in Rouen in her earlier days. As we strolled through one of the shopping districts, she told us about the French phrase Faire du lèche-vitrines, which translates as "Window licking", what we would call "Window shopping" - a popular pastime in France. 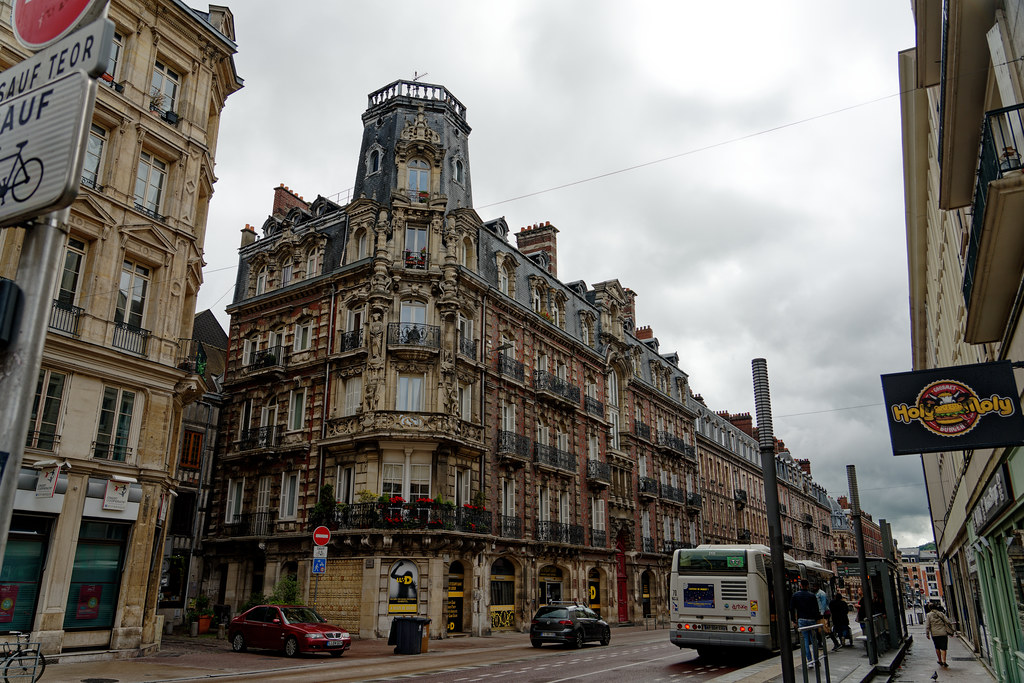 There were many timber-framed houses, as well as some built from limestone blocks but painted to look as if they were timber-framed. The oldest of these date from the 1400s. 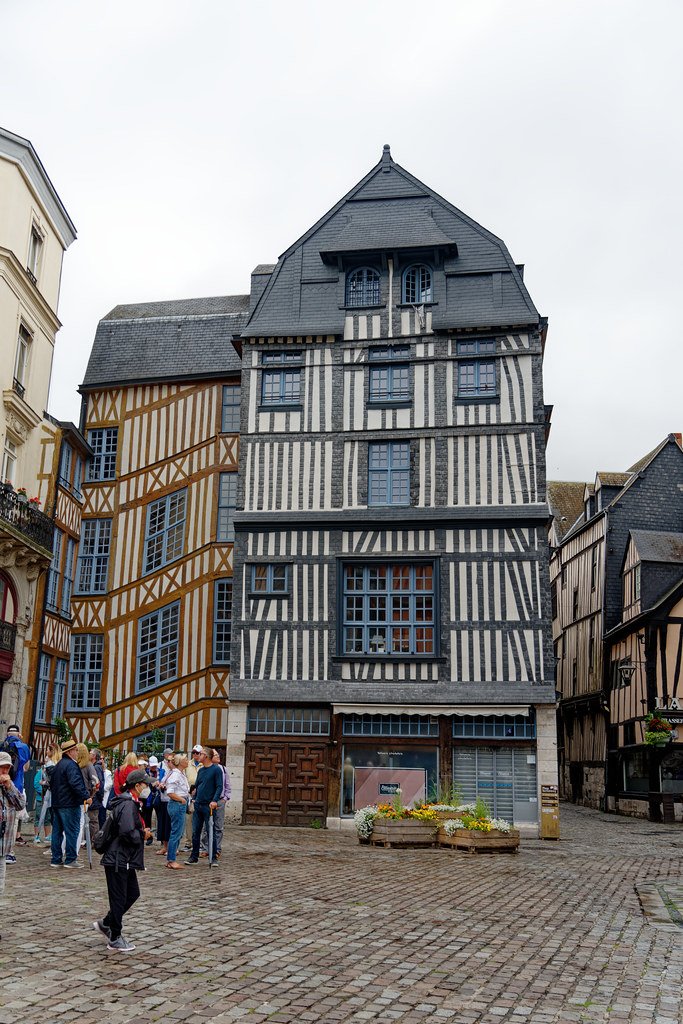 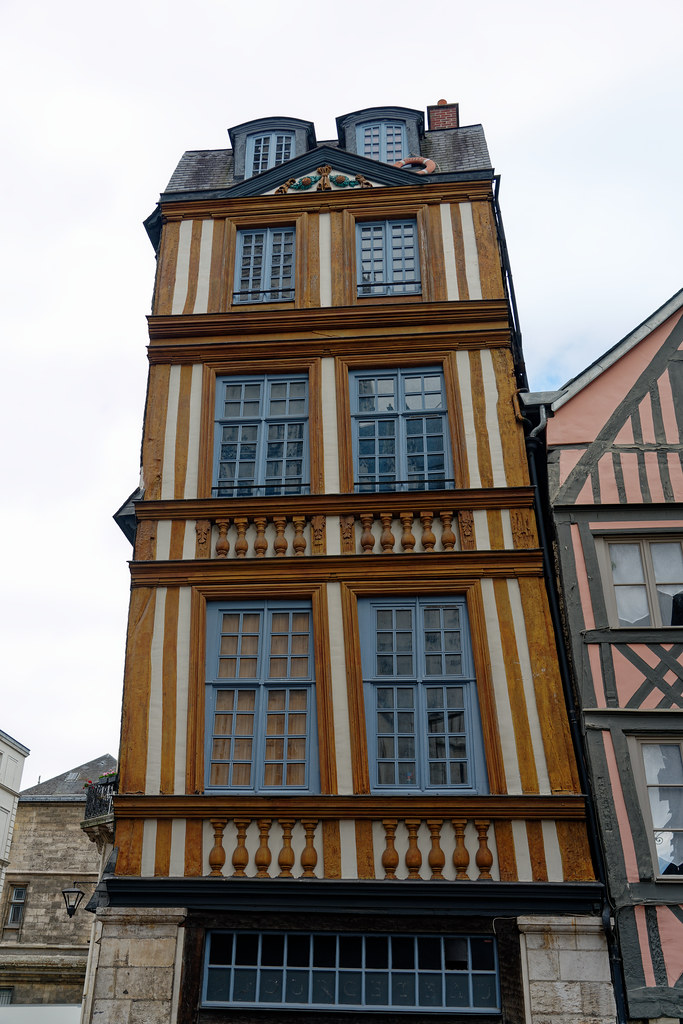 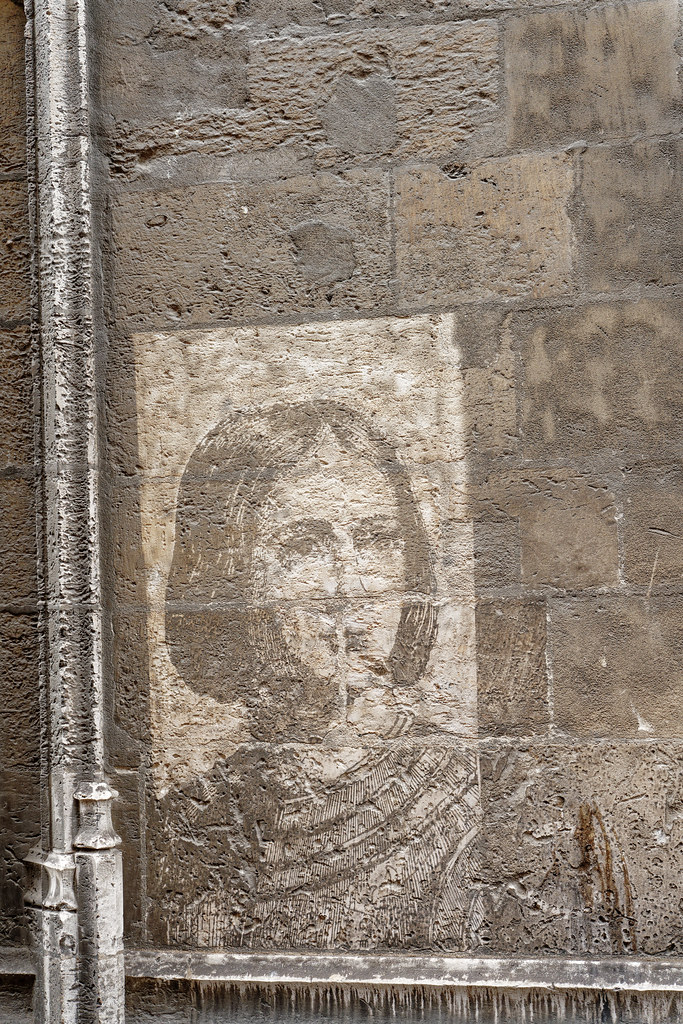 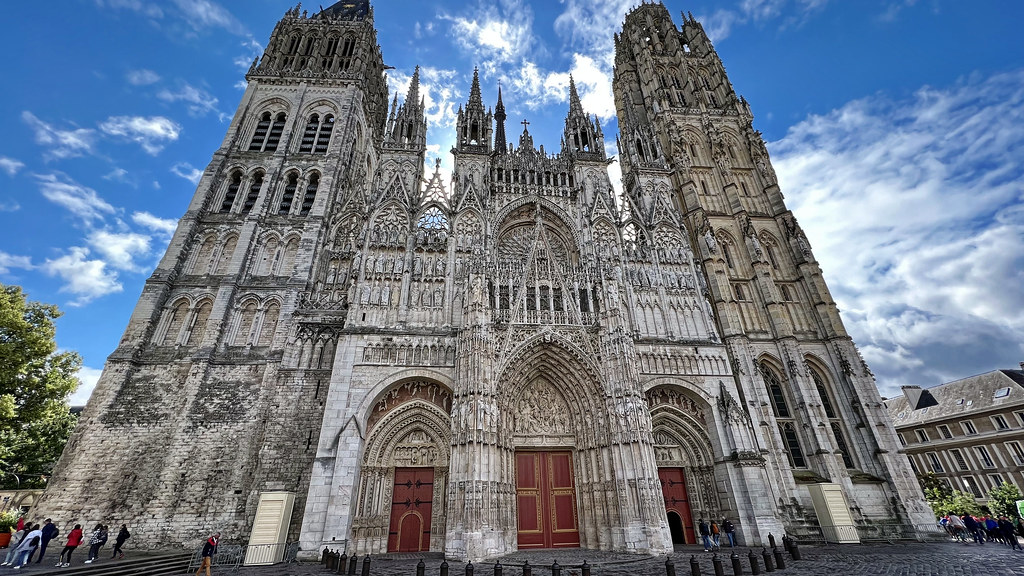 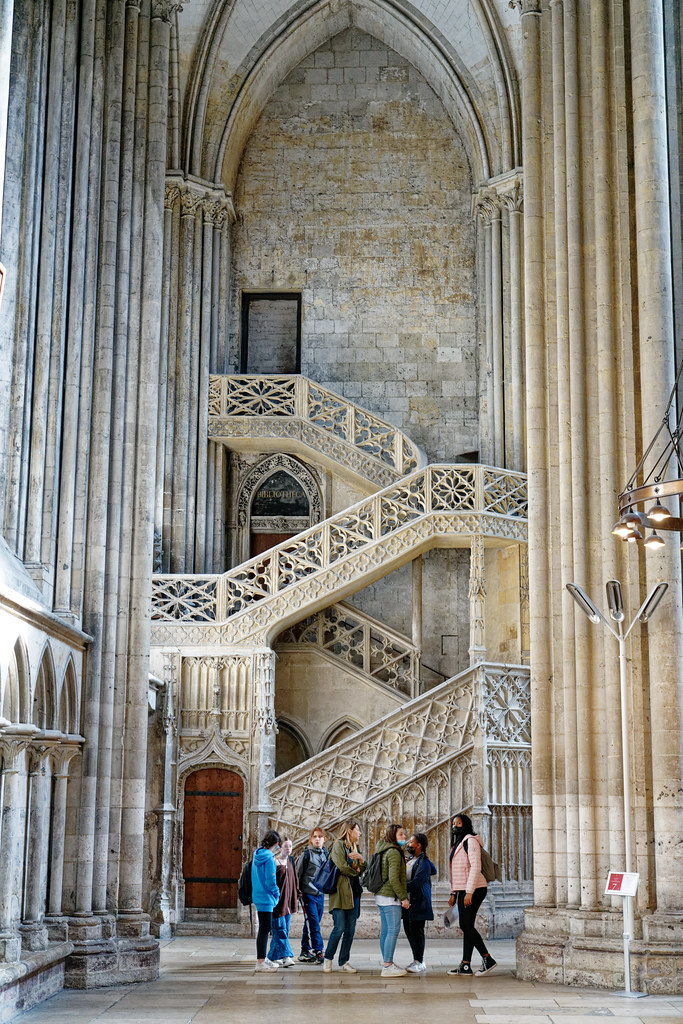 Rouen was where Jeanne d'Arc (Joan of Arc) was tried and executed, and there is a large monument to her in the city. As with many French towns, Rouen has a "signature" sweet, in this case, "Larmes de Jeanne d'Arc" (Tears of Joan of Arc), cocoa-covered almonds. 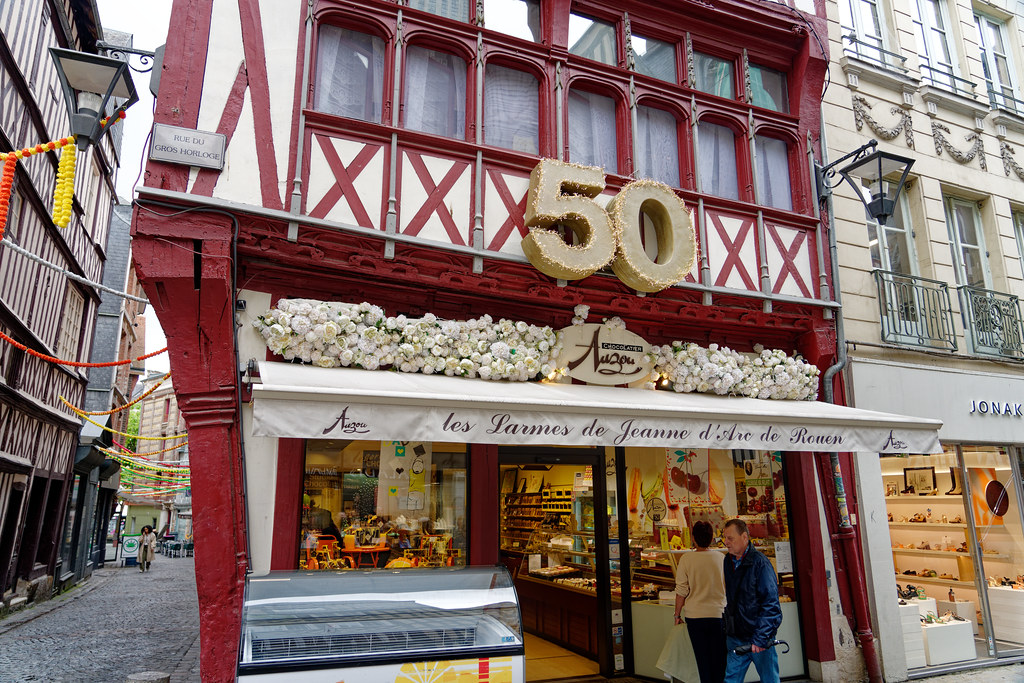 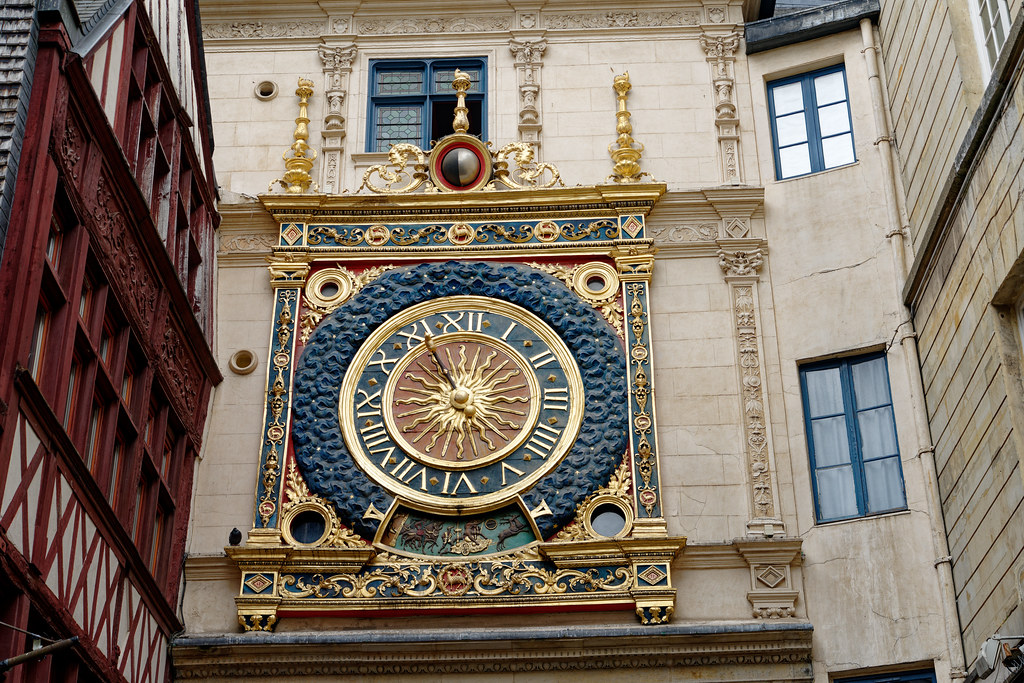 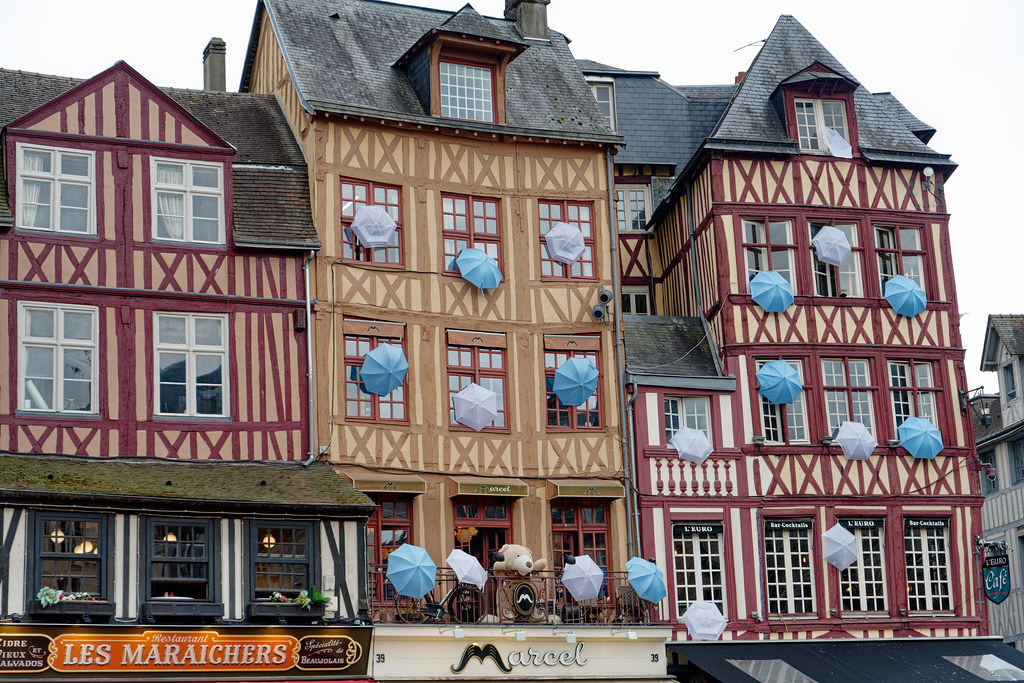 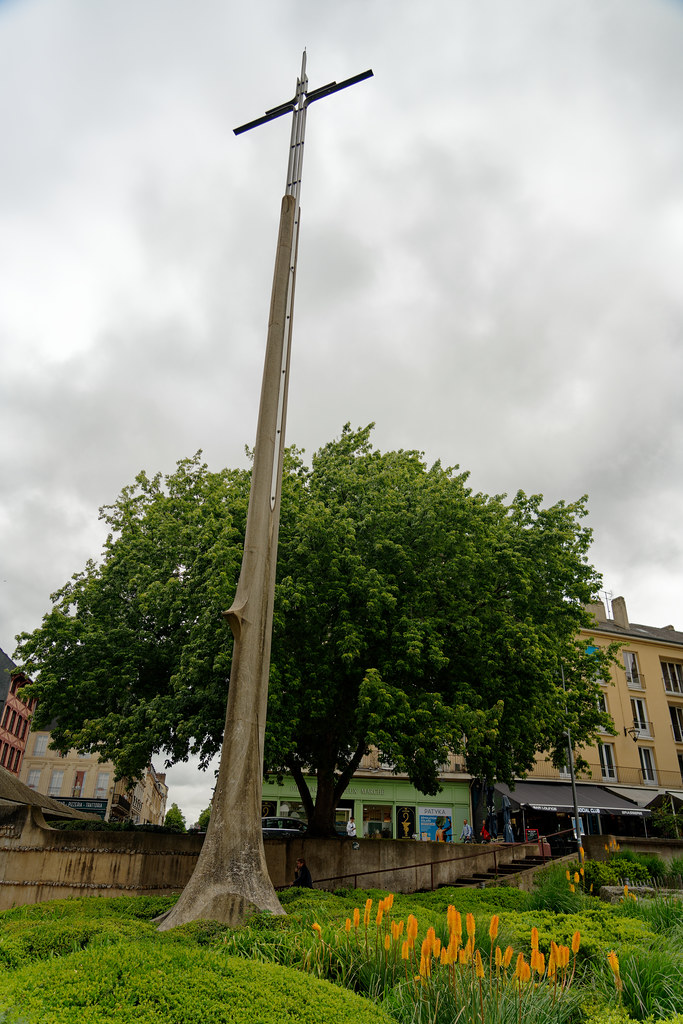 Next to the monument was an interesting looking, modern church: Église Sainte-Jeanne-d'Arc. 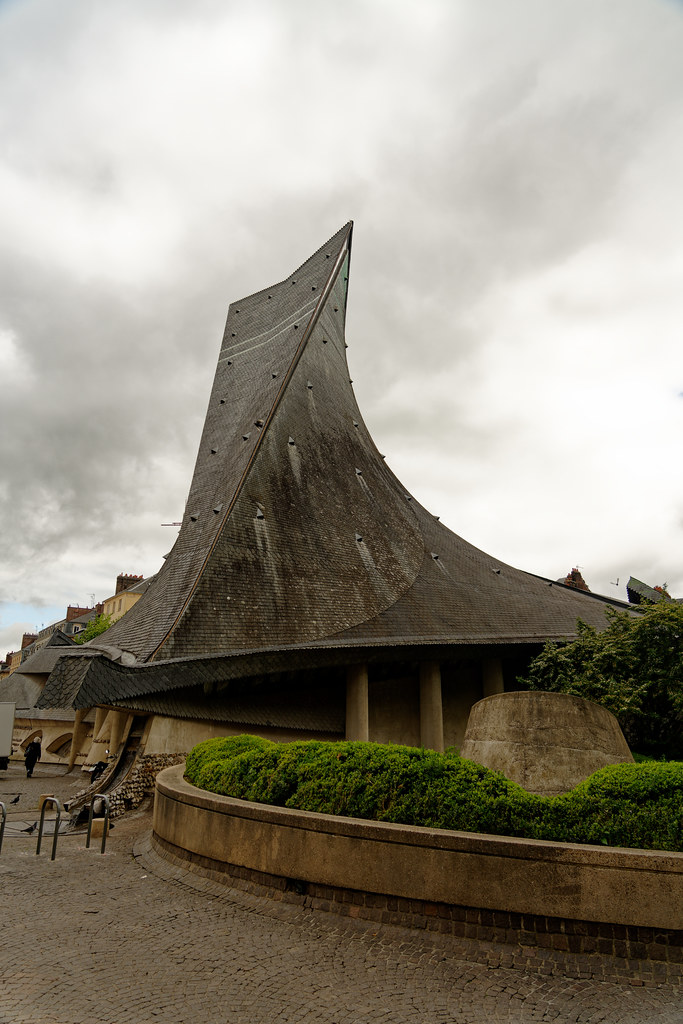 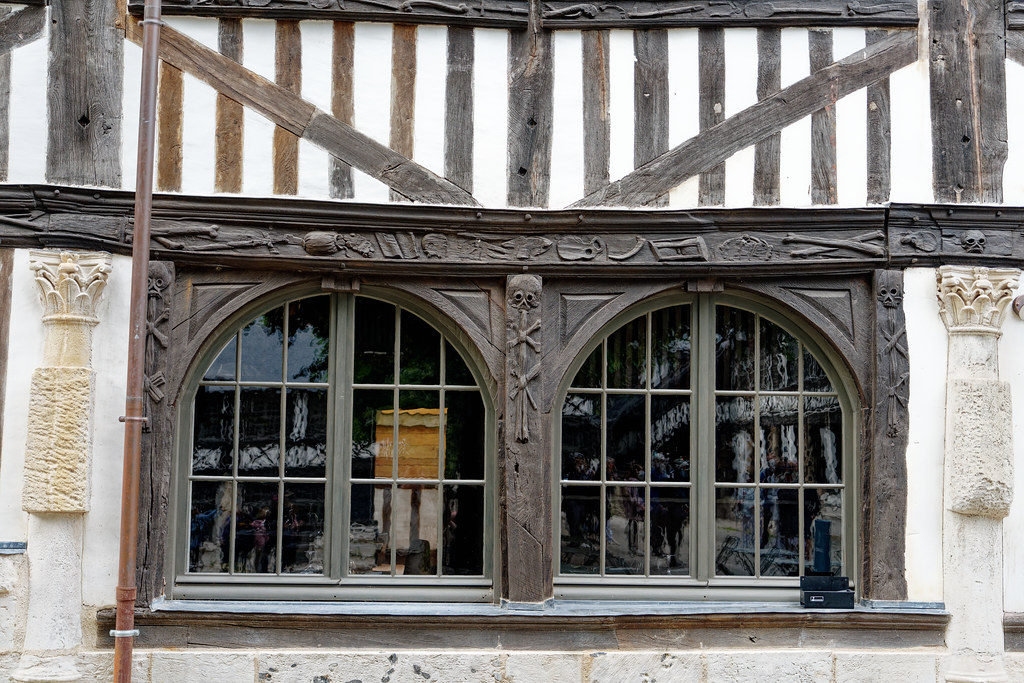 As I noted earlier, we had booked this tour for our 30th anniversary in 2021, but this year we got to celebrate it in style with a semi-private dinner, along with Bud and Gingy, in the ship's Bistro, a glassed-in section in the front of the lounge. We requested the one table that was separate from the others and had a delightful meal. Gingy had ordered a bottle of champagne (the real stuff, not "sparkling wine") and a decorated cake. This, on top of the wine pairings and included dessert made for a very full evening. 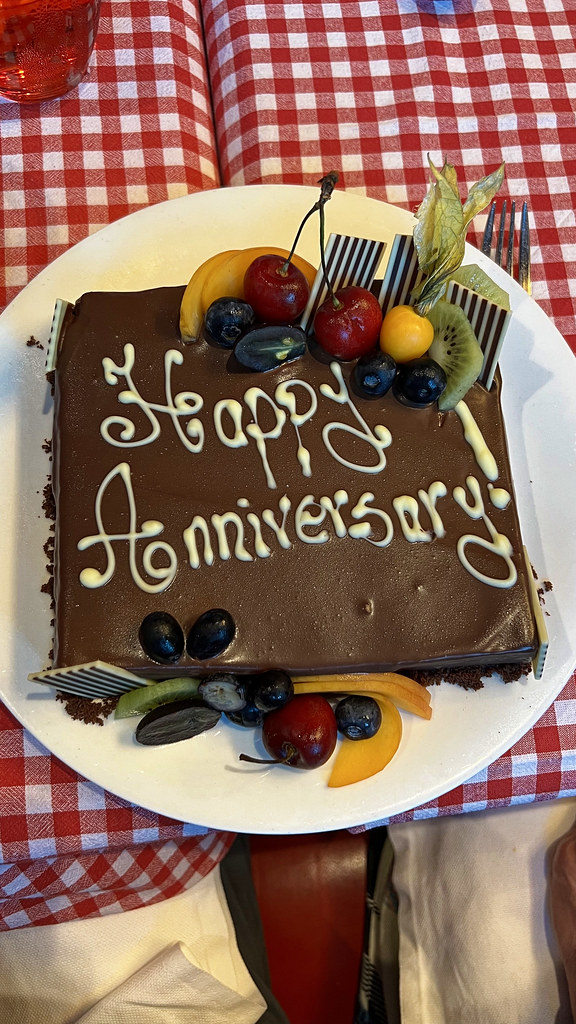 When we returned to our cabin, we found another bottle of champagne, the bed strewn with imitation rose petals, heart-shaped chocolates, and a giant gauze bow. This is normally part of an extra-cost "celebration" package that we had not requested, and at first we thought Gingy had ordered it, but she disavowed all knowledge of it. We cleared off the bed, stuck the champagne in the fridge, and went to sleep. 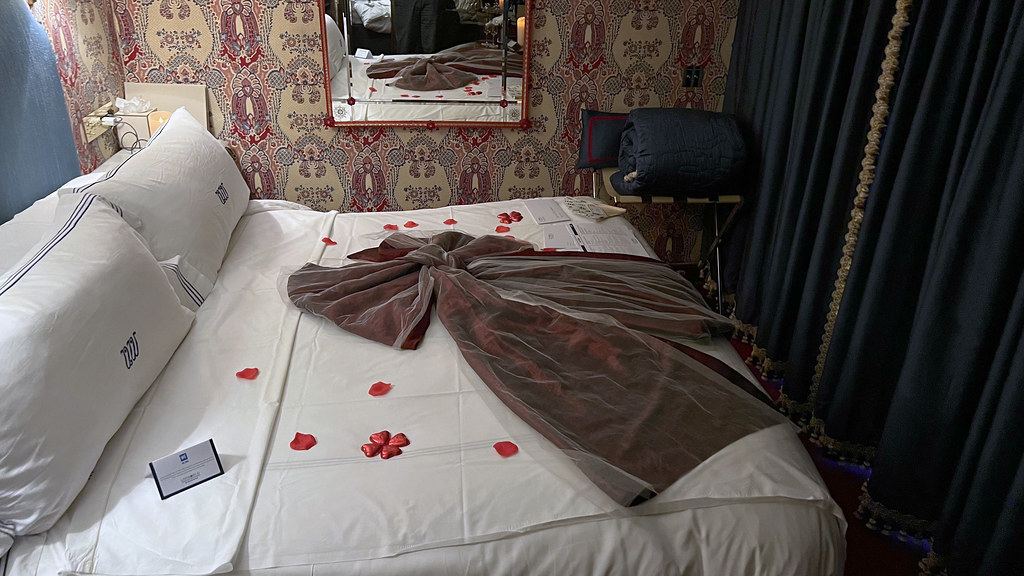