We docked at Fort Medoc and then were split into two groups to visit Medoc vineyards, each on the Bordeaux Wine Official Classification of 1855. On the way to the one our group was to visit, we made a couple of photo stops. 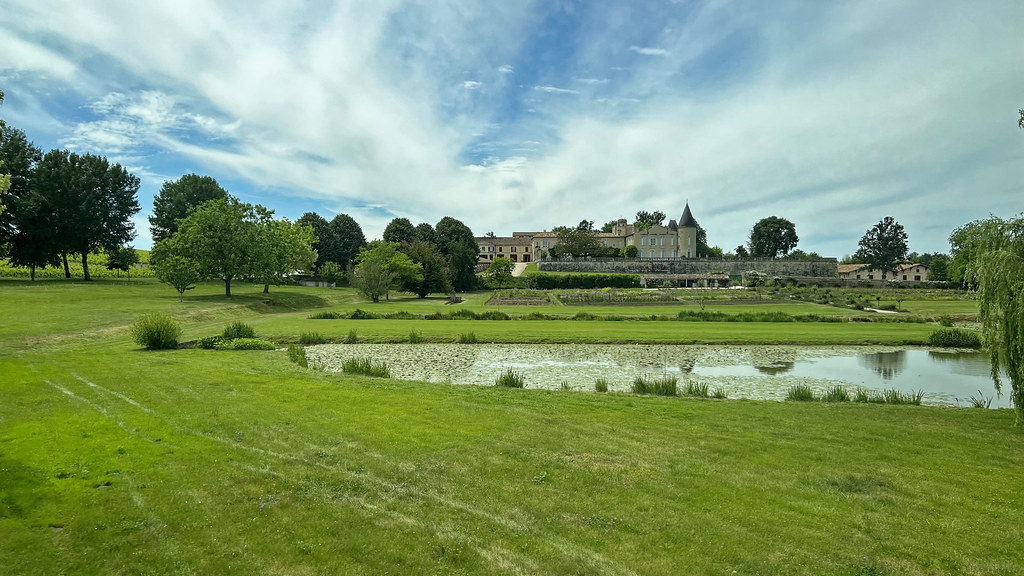 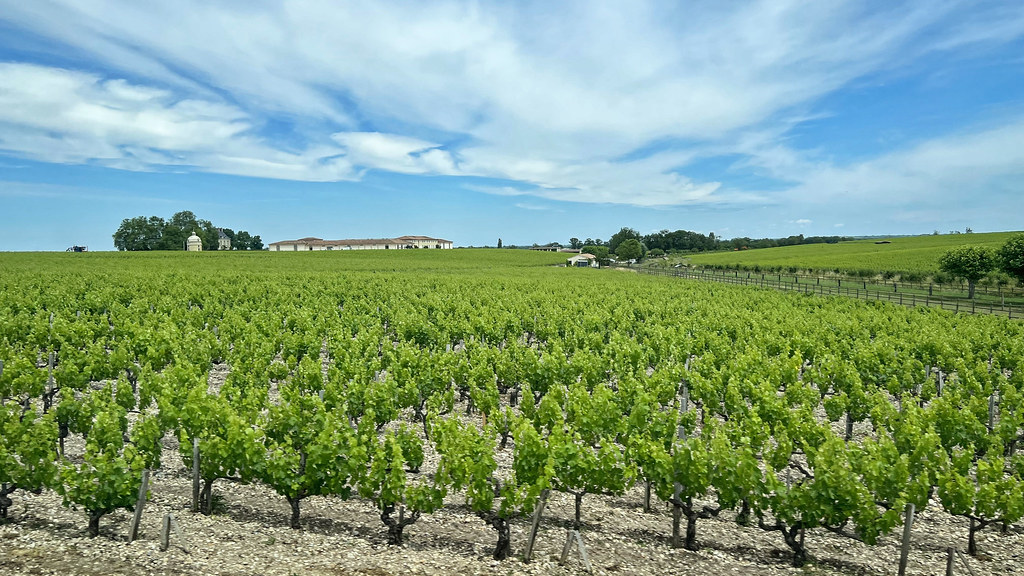 Chateau Gruaud Larose in Saint-Julien, had a recently built observation tower with stainless steel sides that looked like a cheese grater (these were to cut down the wind.) From the top we got a nice view of the surrounding countryside and could see all the way to the river. 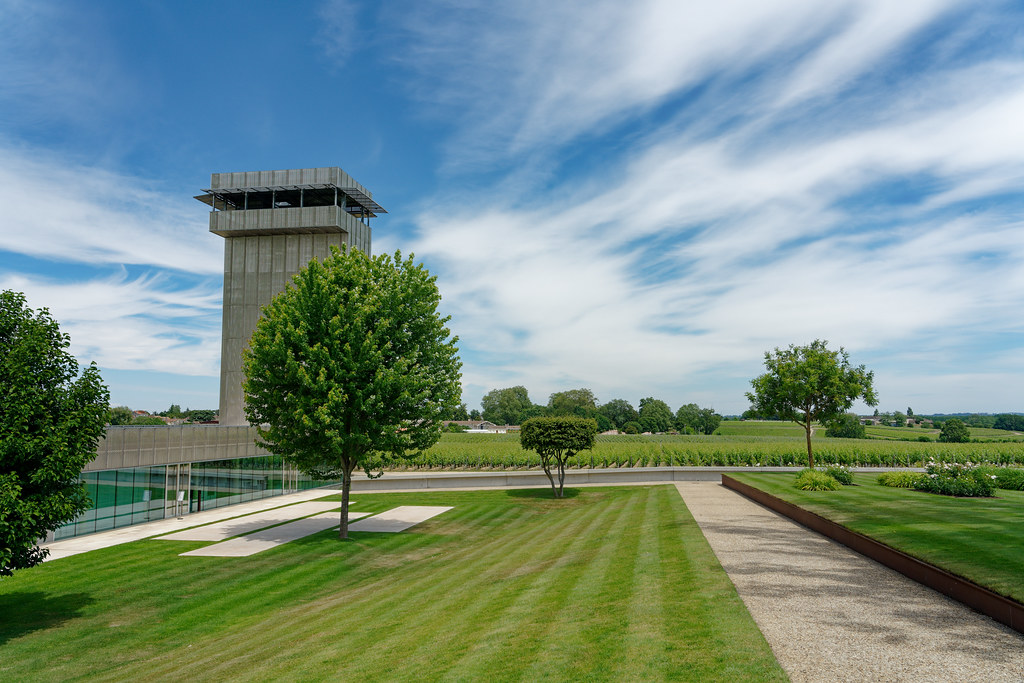 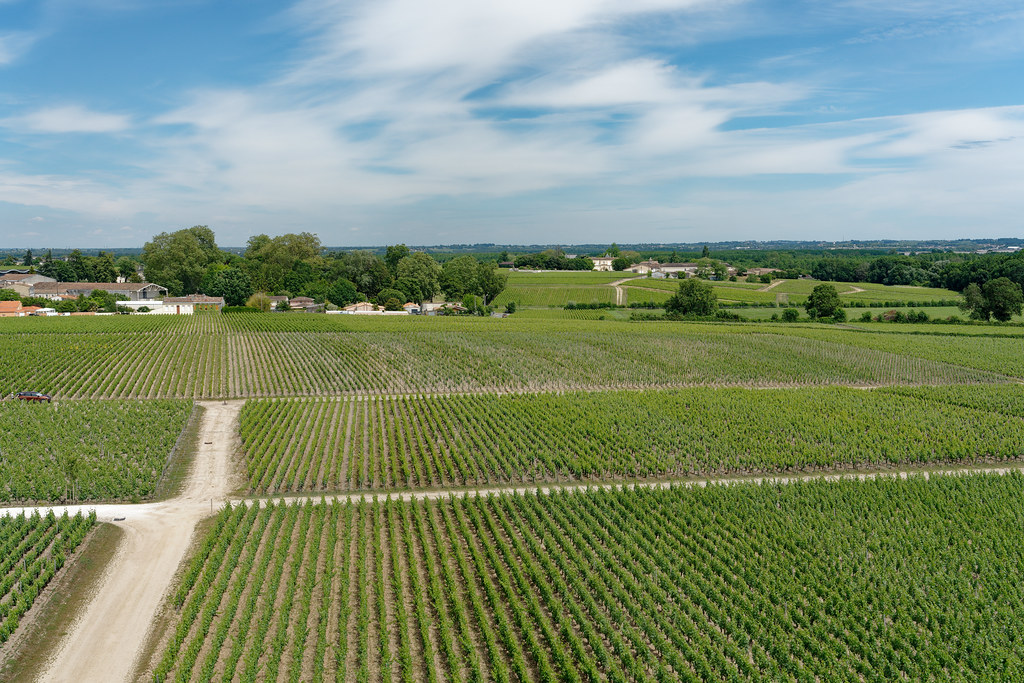 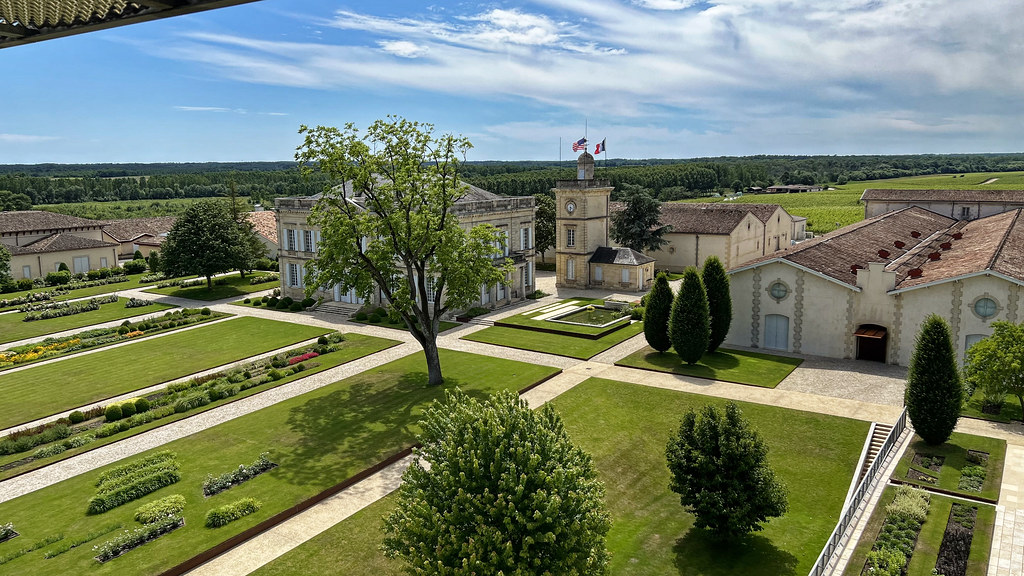 Then we were led on a tour of the vats; variously concrete and French Oak (they were very insistent on saying French Oak.) We were then taken into an enormous room where smaller barrels were racked and aged. Last was the tasting, where we were first offered a 2015 vintage and then a 2001. Leslie and I both preferred the 2001, but not enough to spend EUR130/bottle to send some home. 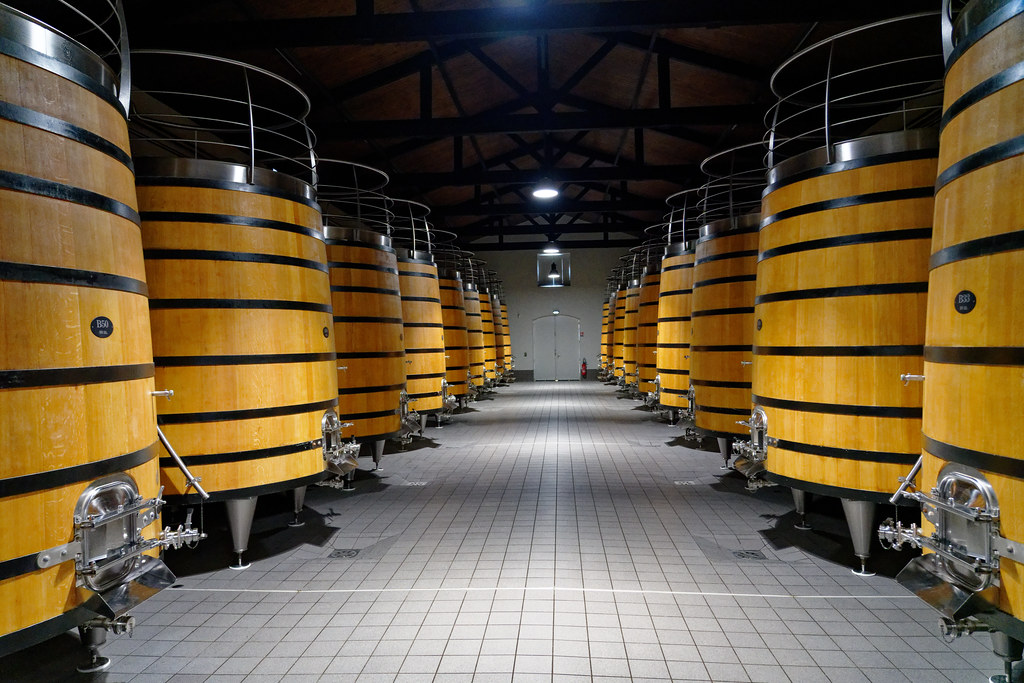 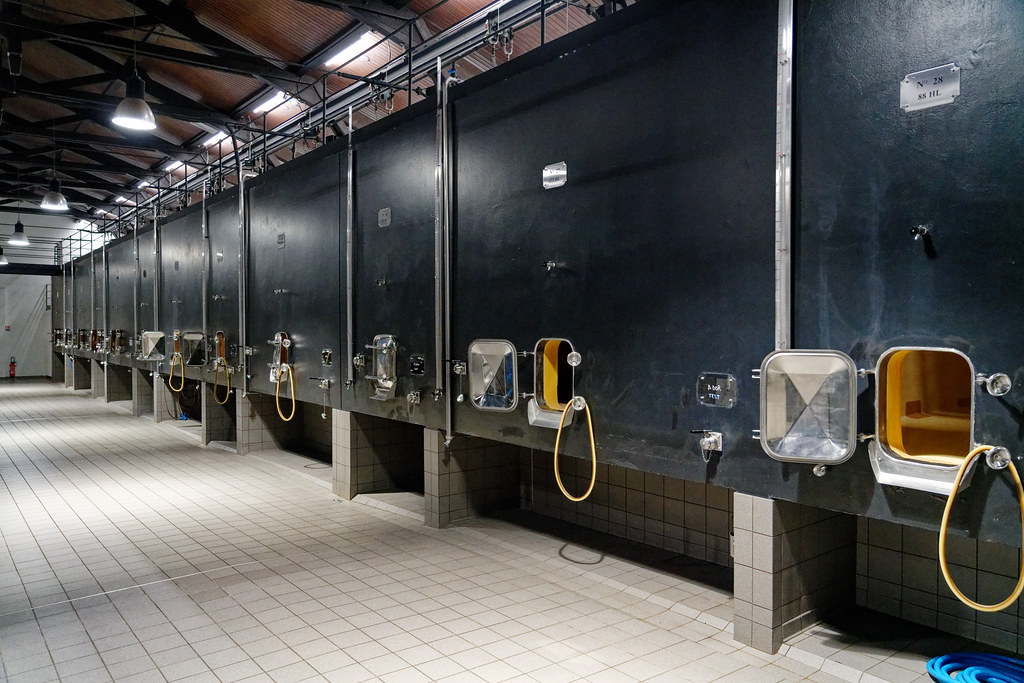 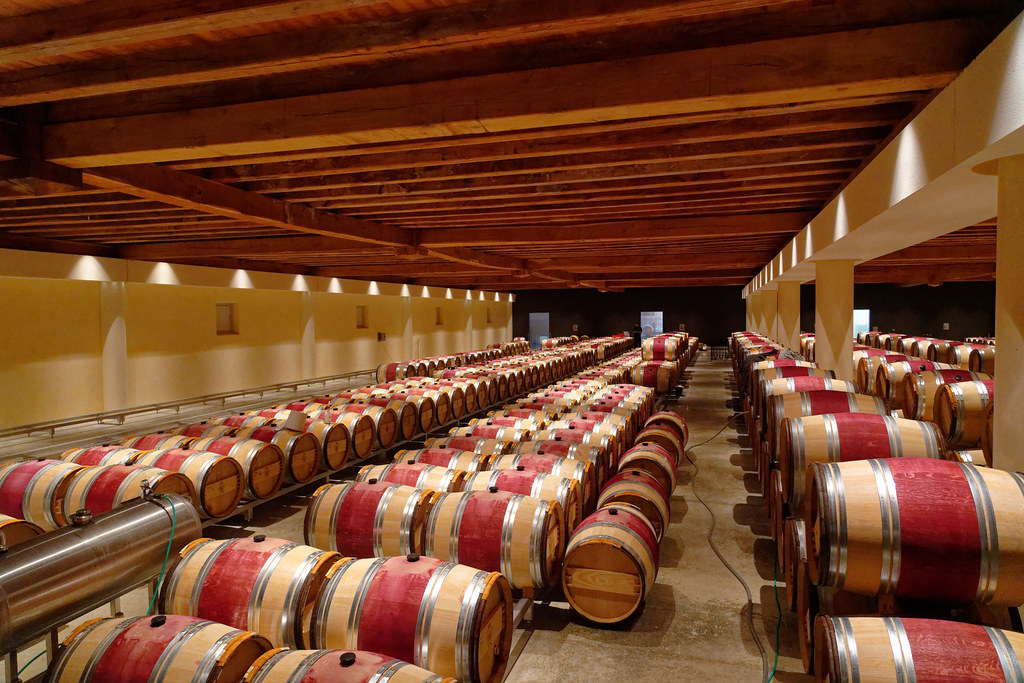 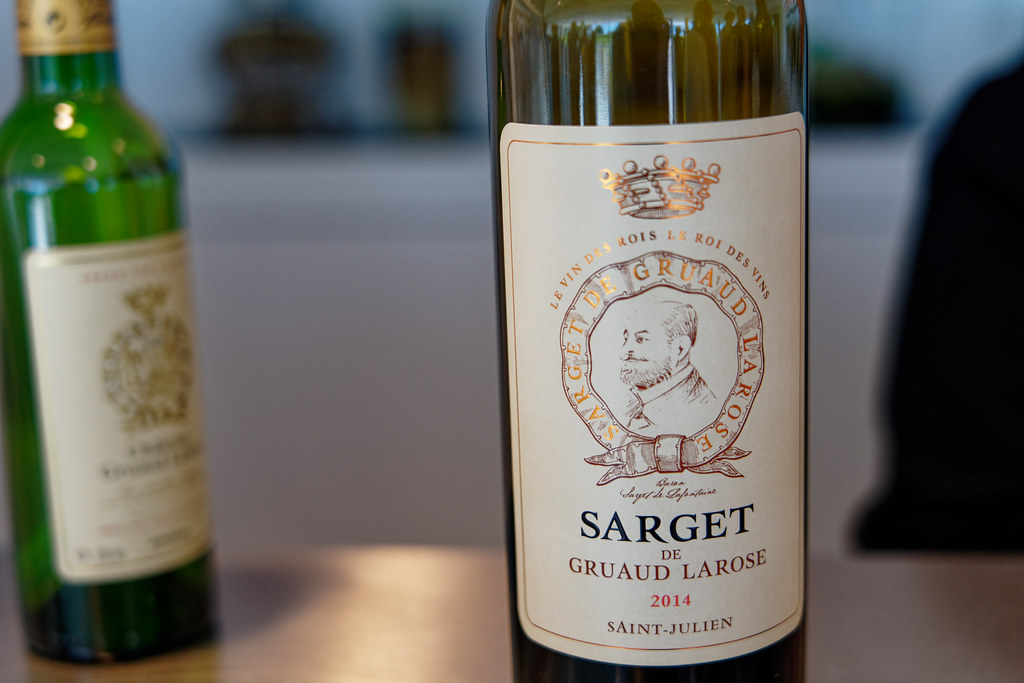 It was here that we learned how wines are classified in Bordeaux, which isn't the same as othe French regions (or elsewhere in the world.) If the label has a town name, such as Saint-Julien, then all the grapes for that wine must have been grown in that town. If the wine has a mix of grapes from different towns, it is simply called Bordeaux. That doesn't mean a "Bordeaux" is inferior - indeed, one of our favorites during the trip was called such. There's more complexity there, and it all changes when you move into another region.

The ship did a "technical stop" back in Bordeaux in the middle of the night, then went out to Cadillac. The first event was a visit to Castle Royal de Cazaneuve, where King Henry IV and Queen Margot lived. Our local guide wasn't allowed to guide us, and just pointed us at a direction. That there was no map of the castle and that individual rooms were unlabeled wasn't a help, so we just wandered through looking at the various rooms and their furnishings. (Oh, and photos inside were not permitted, which sometimes happens when the site is privately owned.) 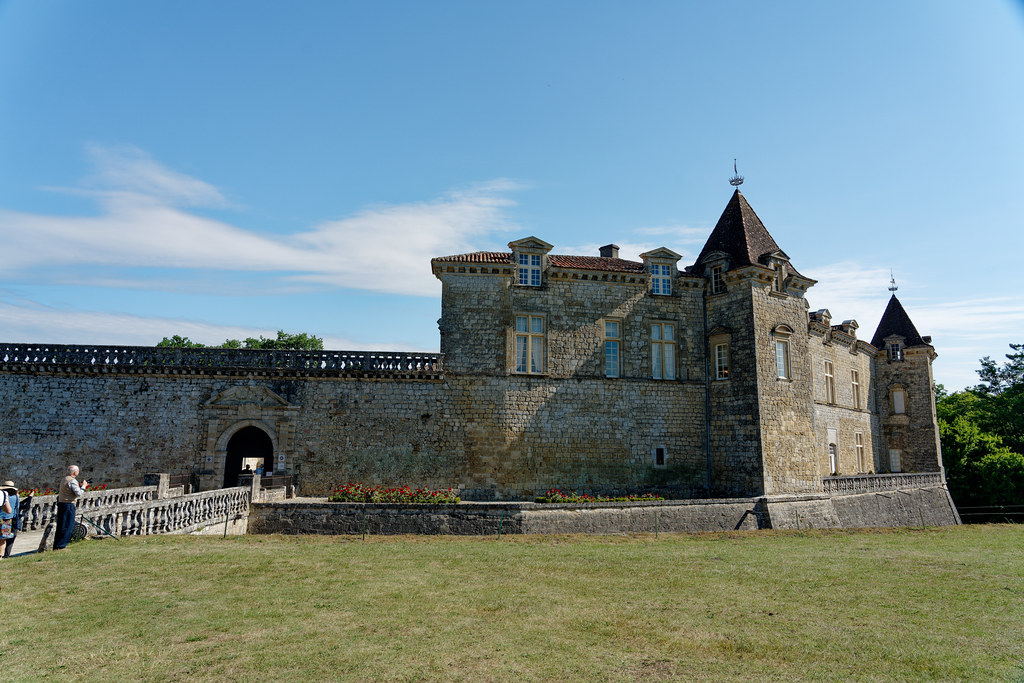 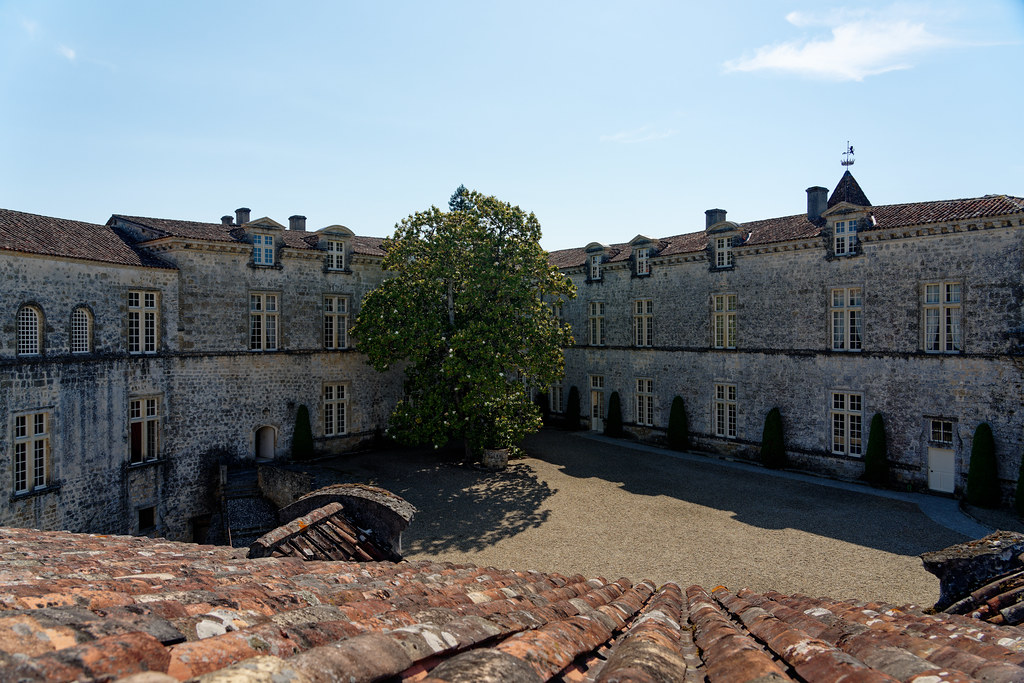 One of the interesting things we learned was that the surrounding land had once been marsh, but pine trees were planted that dried it out. After touring the castle we were treated to a glass of a Sauterne (since we were in that region.) 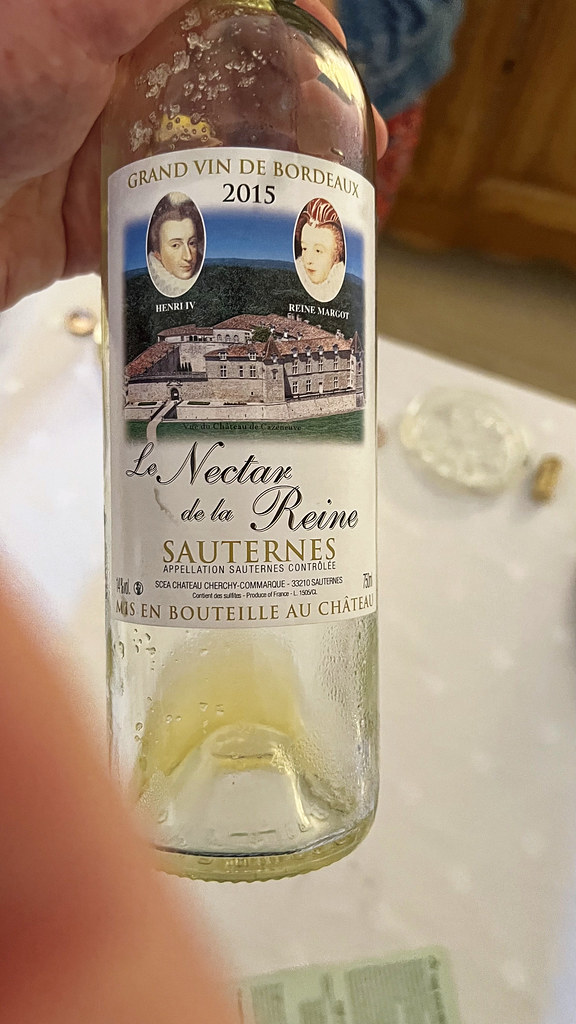 We then headed back to the ship, and had lunch on the Sun Deck, with Uniworld serving some local dishes (small pizza-like things with vegetables, salad with blue cheese, and much more.) It was very pleasant, with a temperature around 81 and a nice breeze.

In the afternoon we attended a "Connoisseur Wine Tasting" with the ship's Hungarian sommelier, Zsanett (she said to pronounce it like Janet.) Surprisingly, only one of the wines, a Margaux, was French; two were American and one from Germany. Zsanett was trying to teach us how to evaluate wines in general, so we had two Cabernets and two Rieslings so that we could discern the differences between each pair. Color, clarity, nose and then taste were all things we were to determine. Some bites of cheese and fig jam were provided - Zsanett showed us how foods can change how you perceive the taste of wine. It was very informative. 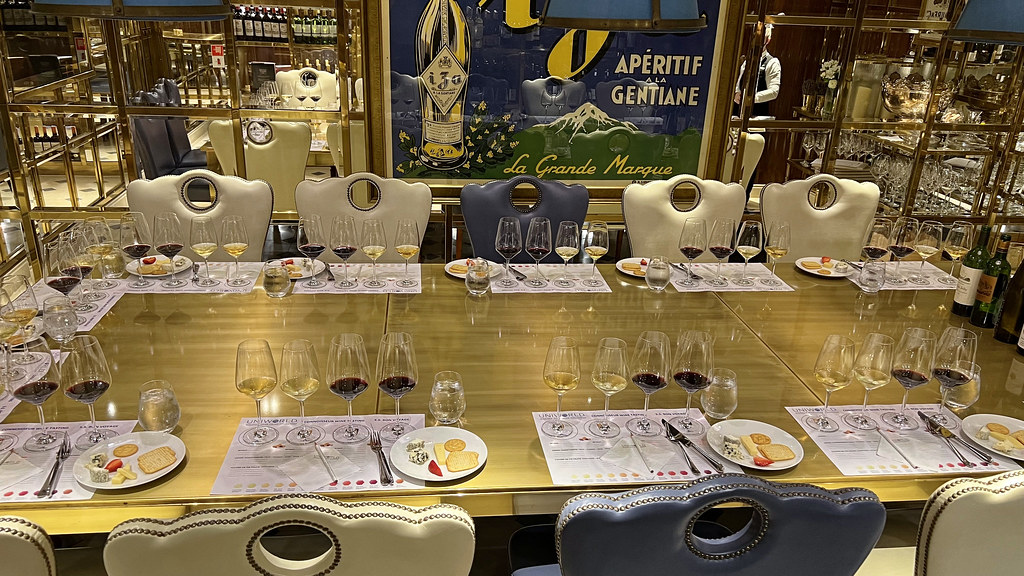 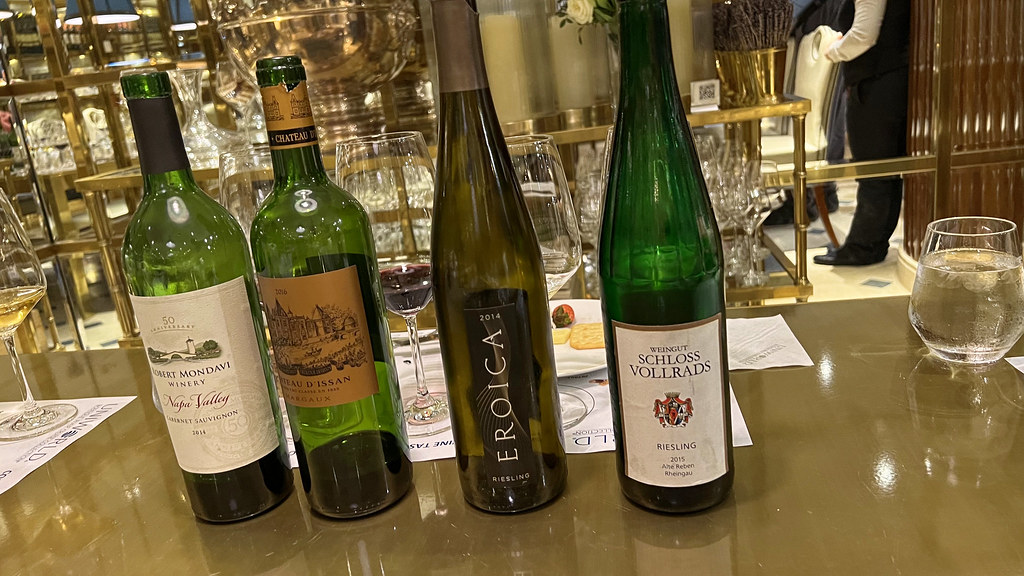 In the evening, we went to a Food and Wine Pairing dinner (no such thing as too much wine!), which was very tasty!