I want to take a moment and mention one of the perks we got for booking a suite - a butler. We had no idea what to expect here, but found that Ivan ("ee-vahn"), the butler for the four suites on the Bon Voyage, was there to do little favors for us and to get us what we wanted or needed. We could have requested breakfast be brought to us each day, and indeed had considered it, but in the end we didn't ask much of Ivan on this leg and we could see that he was disappointed we didn't ask for more.

This day's entertainment started a bit early. When river cruising, it is common for one ship to dock alongside another due to limited docking space. When this happens, the ship that passengers walk through has staff stationed to keep people from straying, or they close off access to the top deck. (I've even seen ships "triple-parked".) The four of us were having breakfast, watching through the window as the CostiEurope Cyrano deBergerac pulled in beside us. We first noticed a shirtless man watching from his cabin on the Cyrano, then we saw a woman in the next cabin over, with only panties on her bottom, bending over with her butt to the window. She stood up and pulled off her top, revealing a bra. Only then did she turn around, notice what a show she was putting on, and quickly close the curtain. (We had been warned to carefully peek before opening the curtains in the morning.)

We were docked in Libourne, a town of about 25,000, but we boarded buses that took us to Saint-Emilion, a town (or village, really) with about 250 residents. We first were led on a walking tour, including the underground crypts beneath the "Monolithic Church", so named because its interior was carved out of a limestone cliff with an amazing amount of rock excavated from it. It's not an active church, and is privately owned and rented to the tourism office (interior photos were not permitted, not that stopped a lot of people.) Deep inside, massive steel reinforcements were supporting pillars that were sinking due to a stream that runs beneath the church, leading to cracks in the ceiling beneath the bell tower. 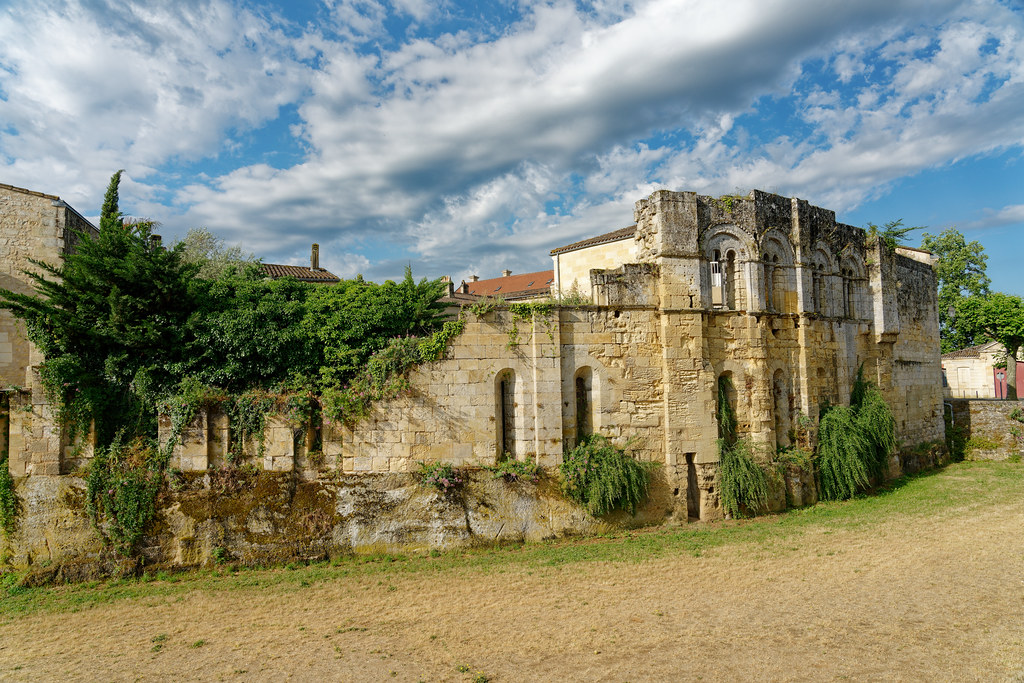 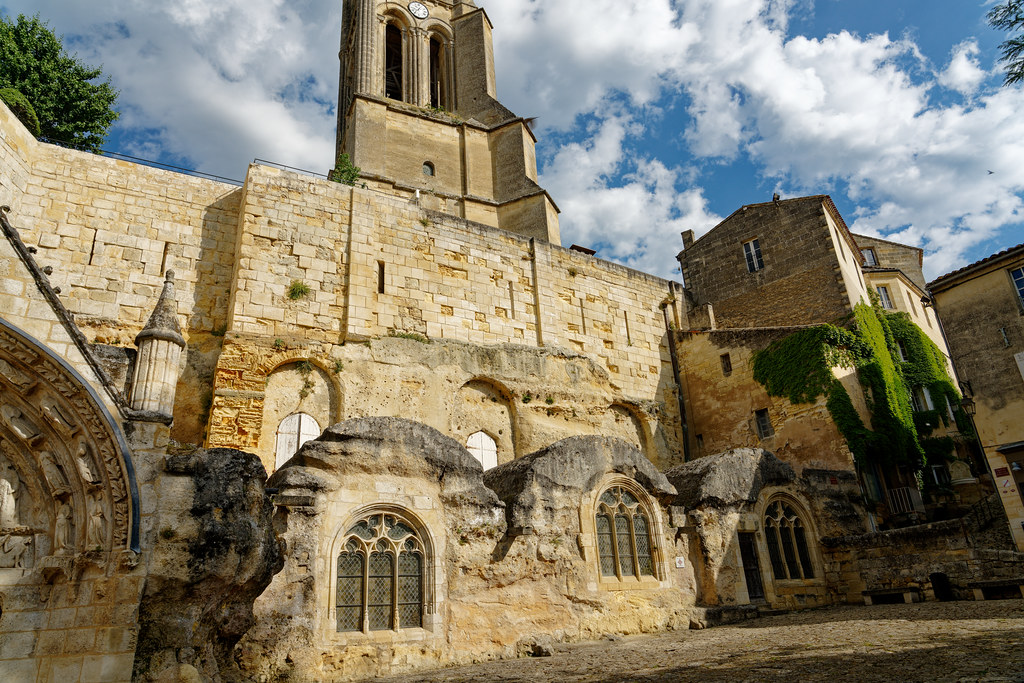 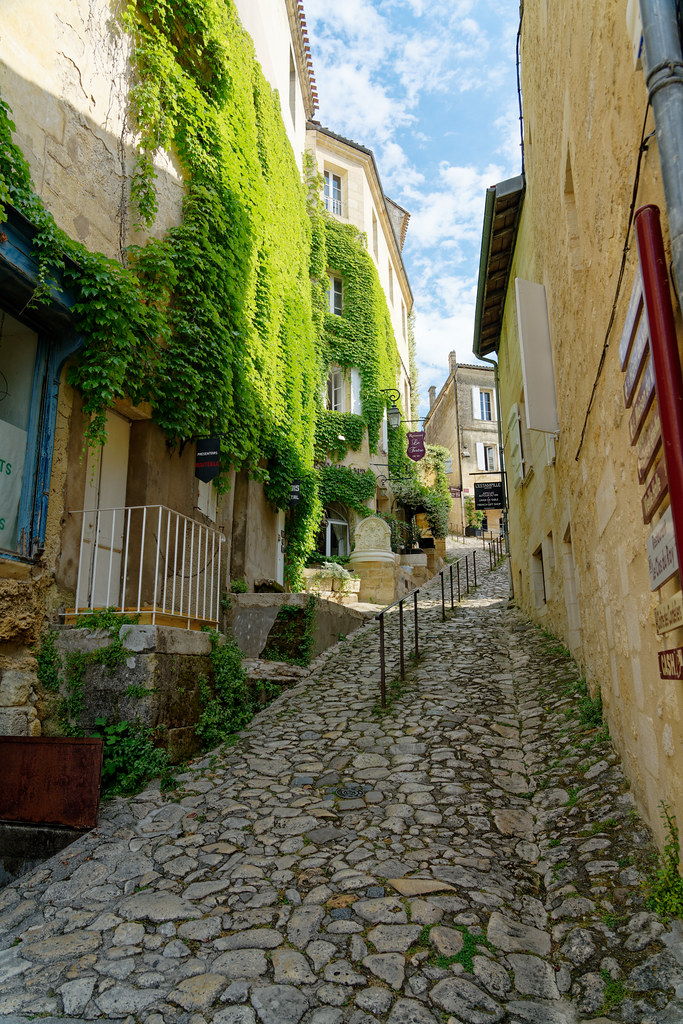 As we entered the town from the East, we saw a short section of an enormously tall wall. The reason it's a short section is not that the wall was attacked and damaged, but rather the builders decided to drop that project and move inside the town proper. 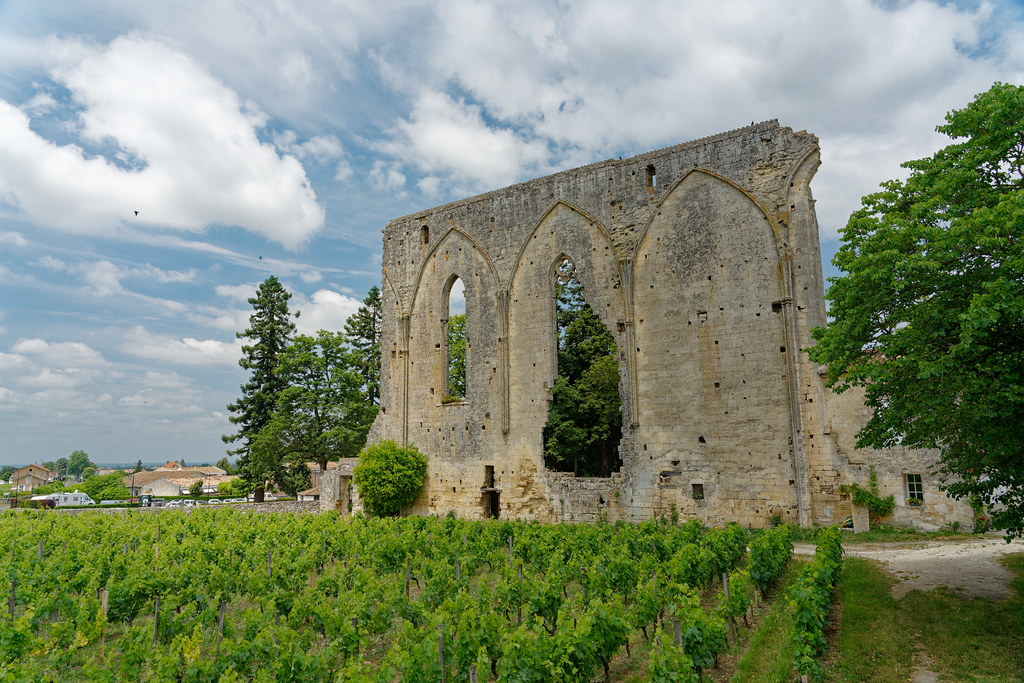 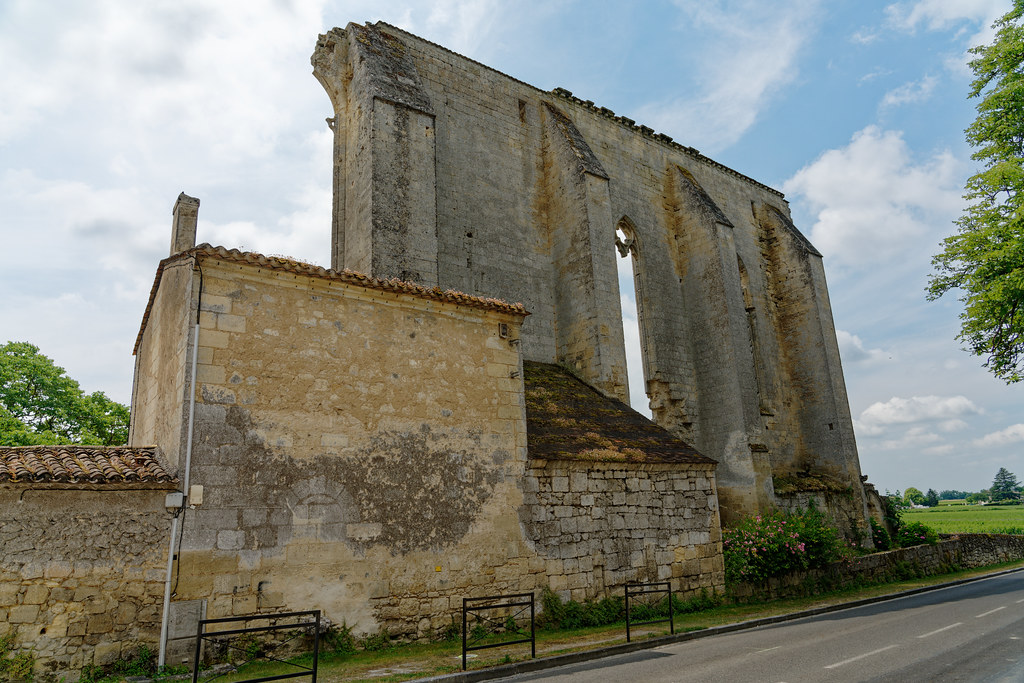 We then visited a winery, where we were once again lectured on how wine was made. It was a bit interesting noticing small differences in technique among the various chateaus. This one was still using concrete vats, which were going out of style elsewhere, and the mix of grapes in each vintage varied more than I expected, with some years having no Cabernet Sauvignon at all, and others with a fair amount; I'm puzzled as to how they maintain a consistent style that way. Of course we had a tasting, of 2017 and 2014 vintages. The 2017 was super-tannic; "a teenager", the staffer leading the tour told us. I expected to like the 2014 better, and while it was less tannic and more rounded, it was also very "hot" (high in alcohol) and it wasn't something we would buy. 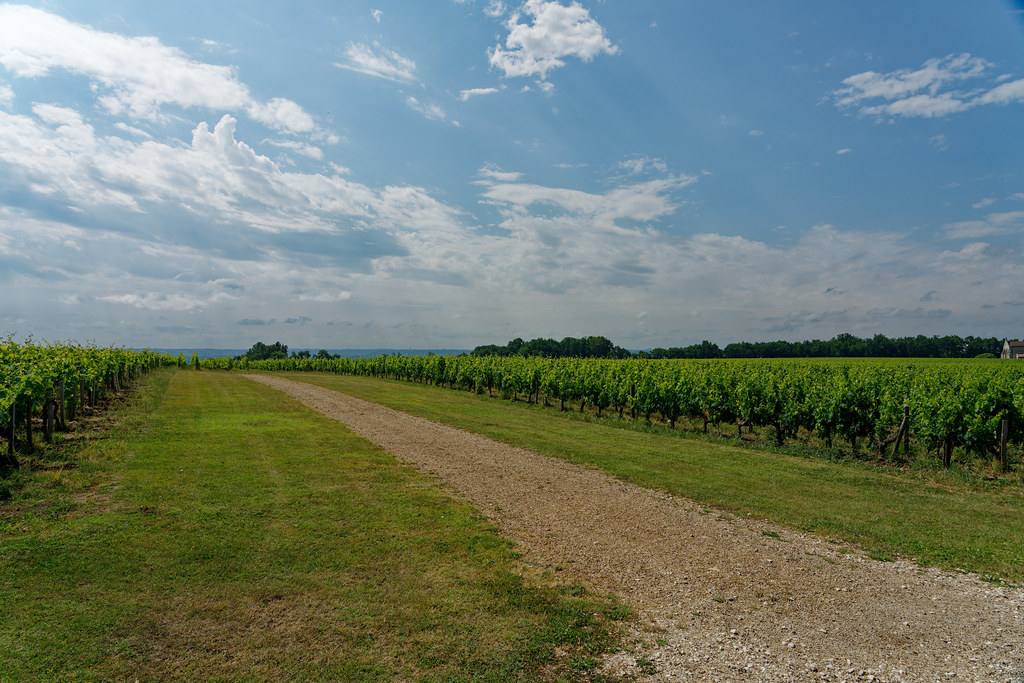 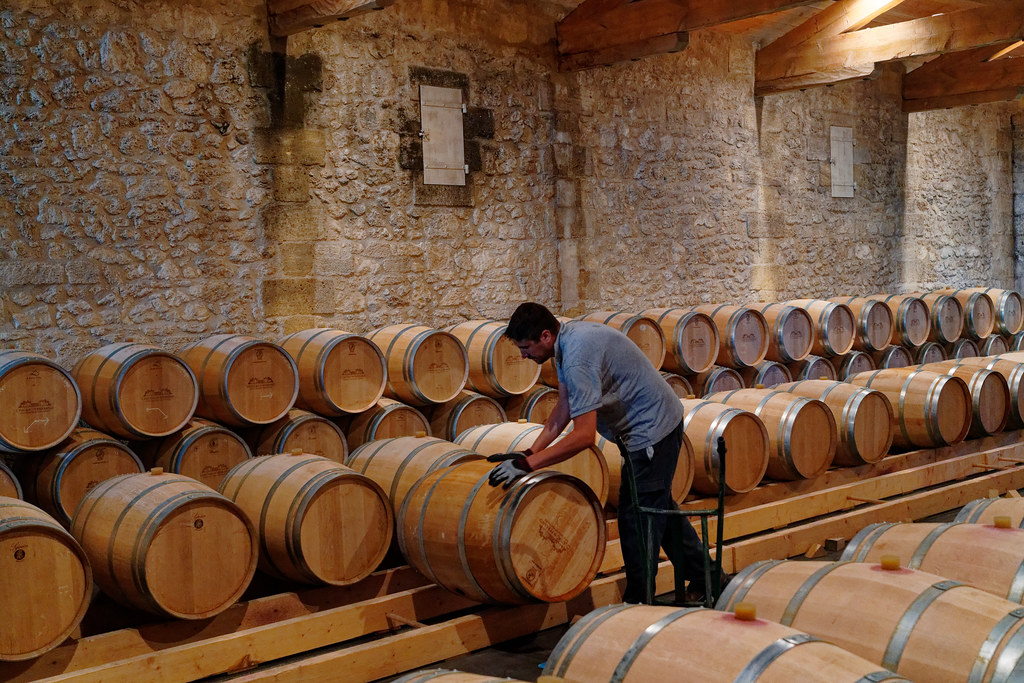 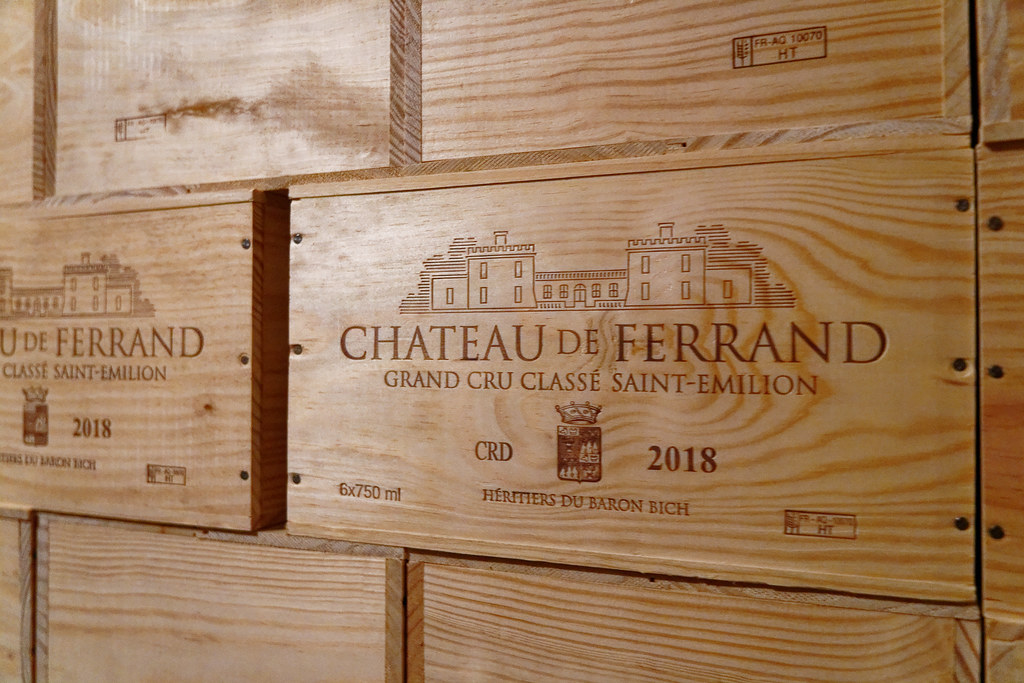 Returning to town, we had free time and lunch was on our own. Johanna, our guide, recommended a place where you could get Crémant (don't call it Champagne) and a "picnic basket" lunch - we did this, and it was delightful. You select what you want in your basket; we picked two baguettes, two dry sausages, and three kinds of spread (smoked salmon with honey, shrimp with butter and an olive tapenade), plus a bottle of Crémant. This was delivered to us in a wooden basket, with four glasses (not plastic), metal utensils, two cutting boards and two knives for slicing the bread and sausage. All the food (and drink) was delicious - when done you return everything to a designated spot. 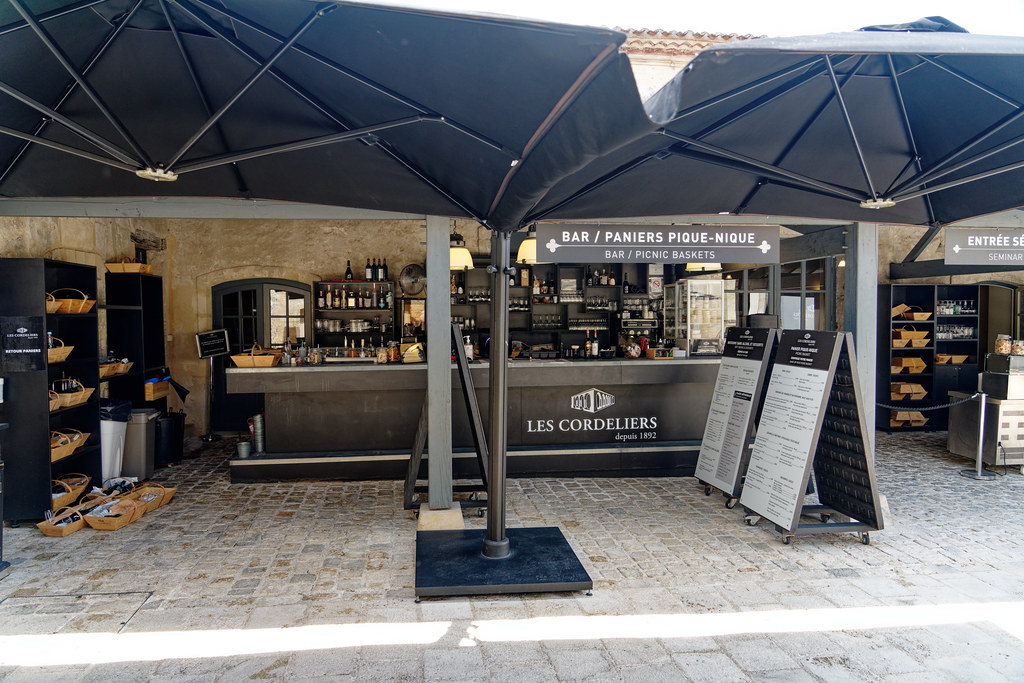 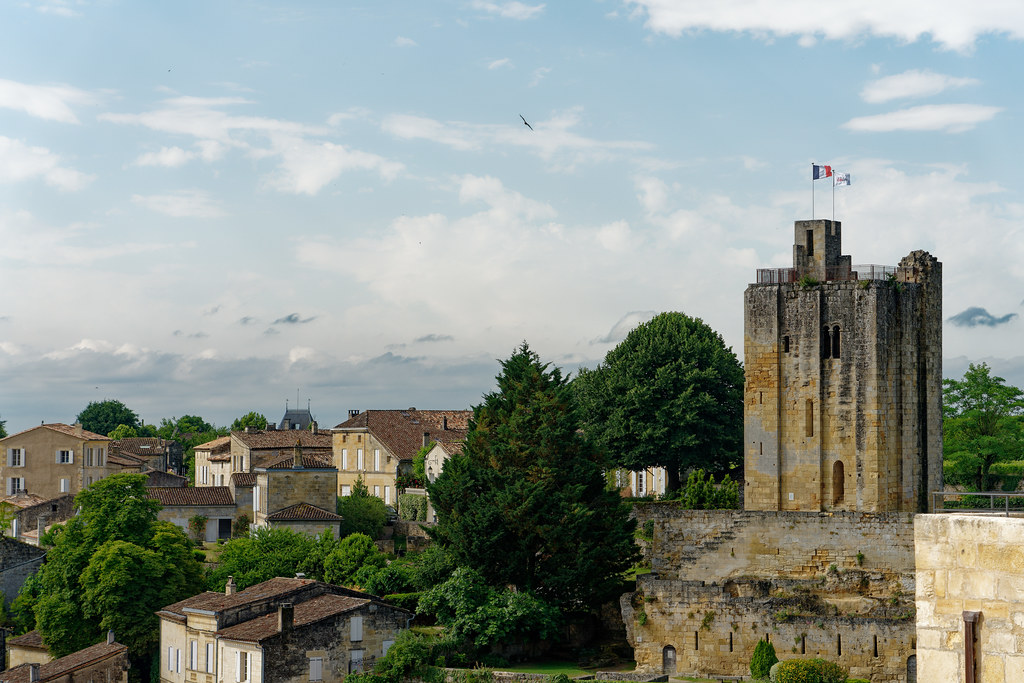