We docked in the tiny town of Caudebec-En-Caux and took a bus to Honfleur, where we once again had a walking tour led by Stefanie. A canal links Honfleur with the Seine, and many expensive-looking boats were docked in the central part of town. The backdrop of the dock area is a scene often shown on postcards, with a row of narrow, multistory houses built into the side of a hill. This area was very touristy, but a few steps away were side streets offering wares from local artisans. The sweet specialty here is caramel, and I bought a variety of caramel-coated popcorn and candies, plus a loaf of wonderful bread, filled with nuts and seeds, at the farmers' market. The caramels had a rich but soft flavor and were delightful. 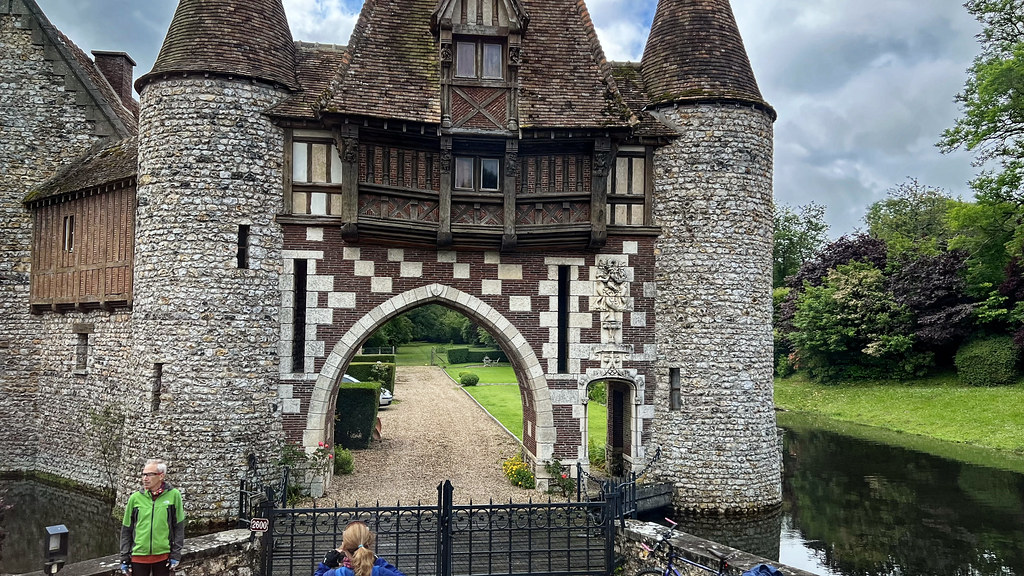 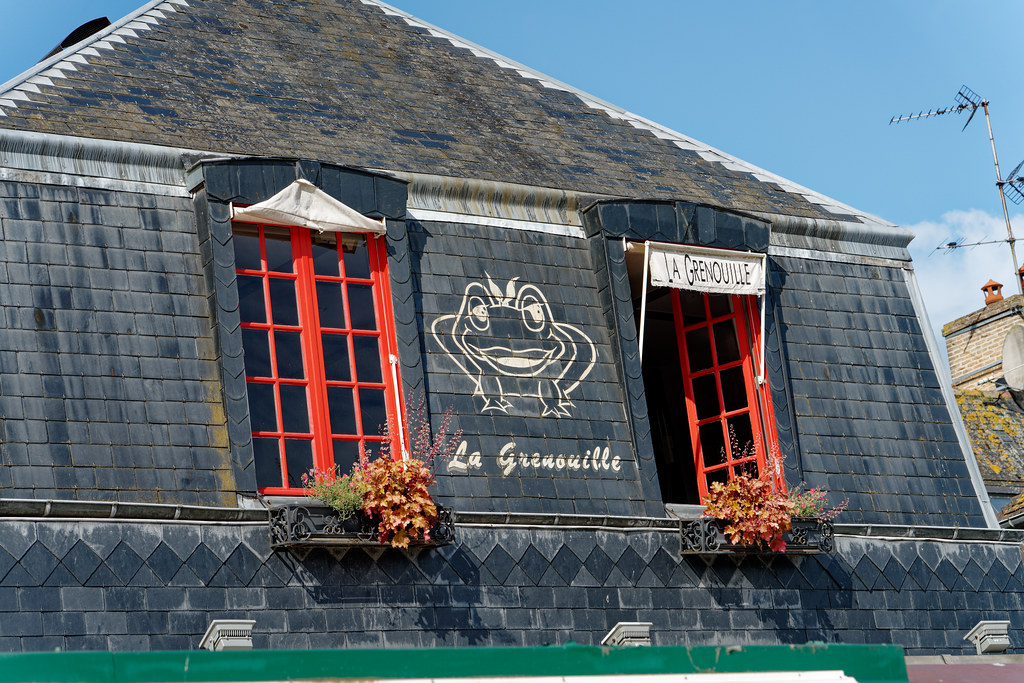 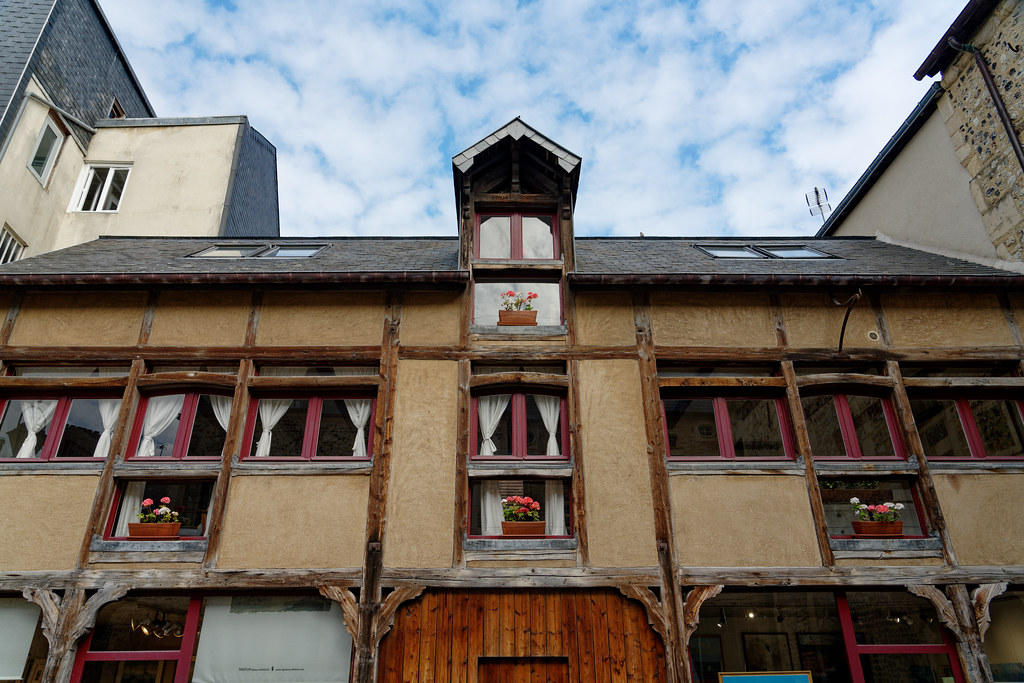 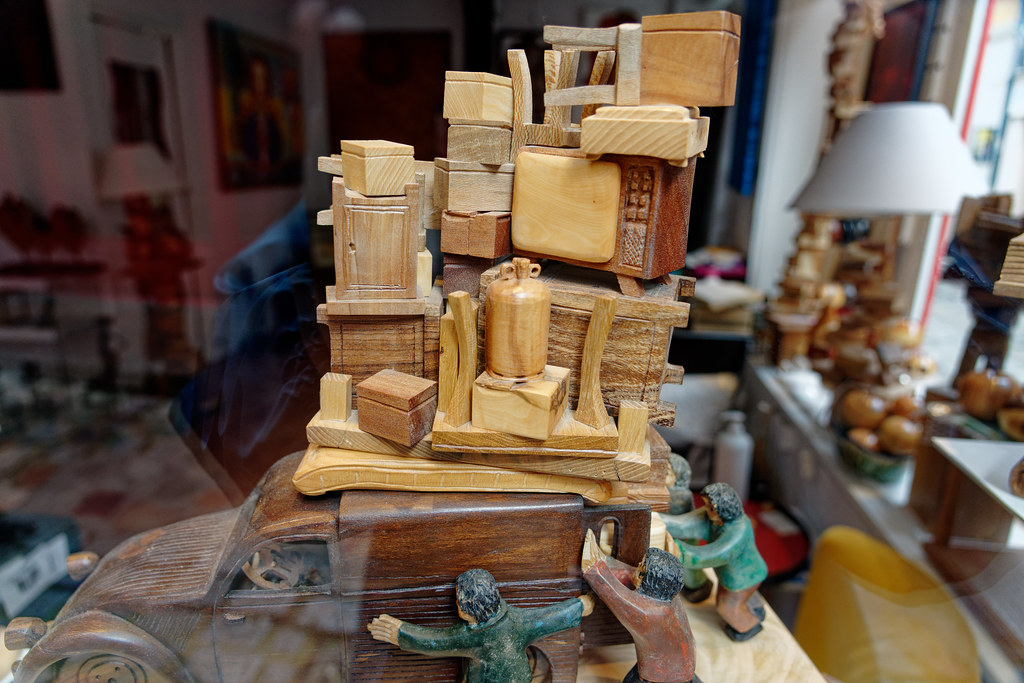 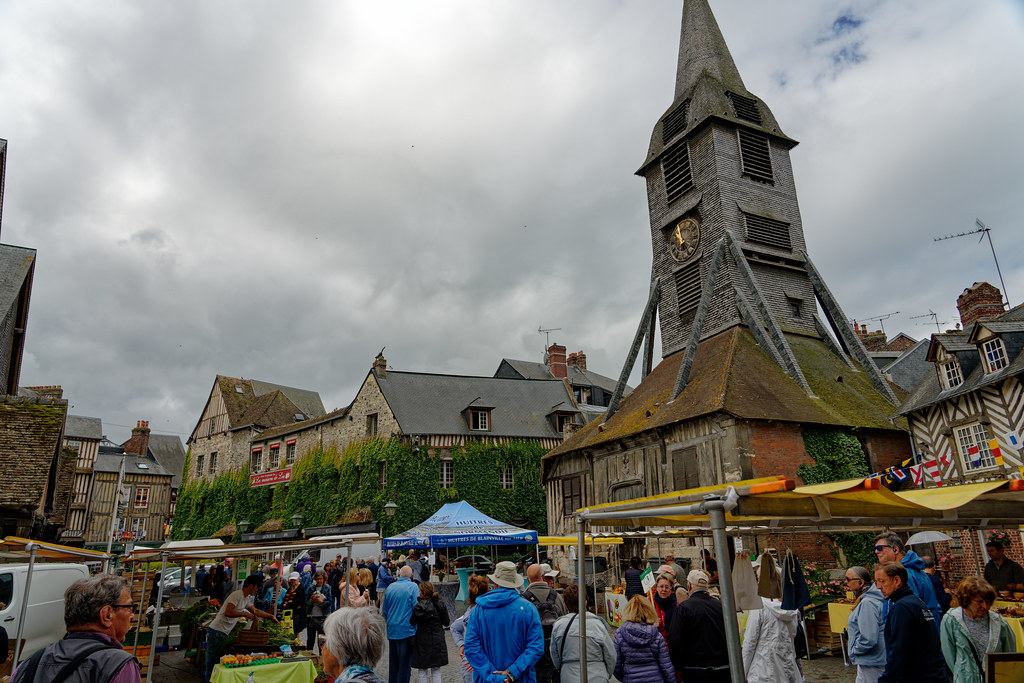 This next picture requires a bit of explanation. Earlier in the day we were told a tale about how the local cows ate so many apples from orchard trees that they pissed apple juice. Hence, "Pisse de Vache" (Cow Piss)". 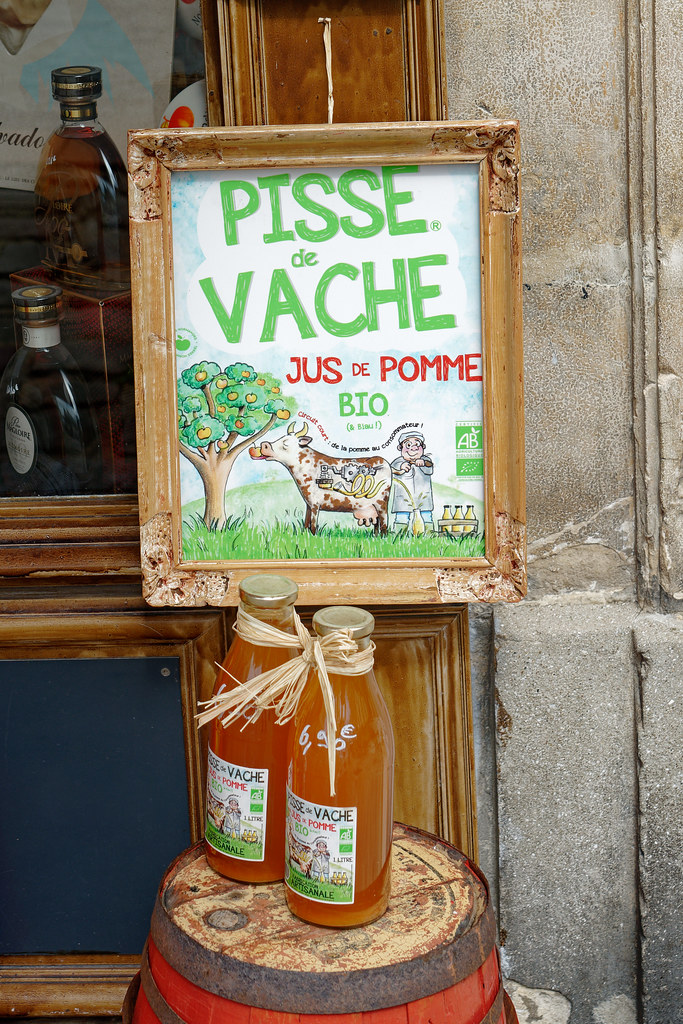 In the evening we had what was billed as a "farm-to-table dining experience", with wine pairings and the guests (there were seven of us) participating in the preparation. We've done a few things like this before and found them fun but the results disappointing - not this time. Each guest had a task to perform in preparing ingredients. Mine was to take apples, core them and cut seven thick slices, Leslie had to precisely cut into, but not through, potatoes. Others prepared shrimp, cut fish, prepared a Bernaise sauce and put together an apple tart. Then some of us performed some of the cooking steps, with Gingy caramelizing vanilla sugar and then browning the apples I had cut, then I got to cook the beef tenderloin pieces along with prawns. (The ships use induction burners - no gas flames allowed,) There was a soup course with the cut seafood in a fabulous broth, then the main course, and dessert, all paired with excellent wines chosen by the ship's sommelier. We even got to keep the apron and toques, and of course got the recipes for each of the dishes. 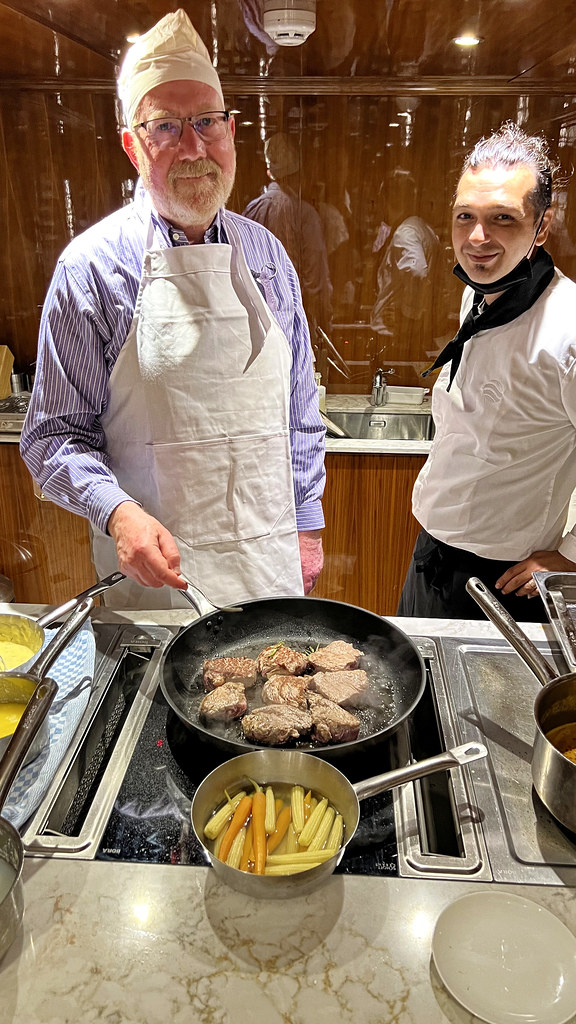 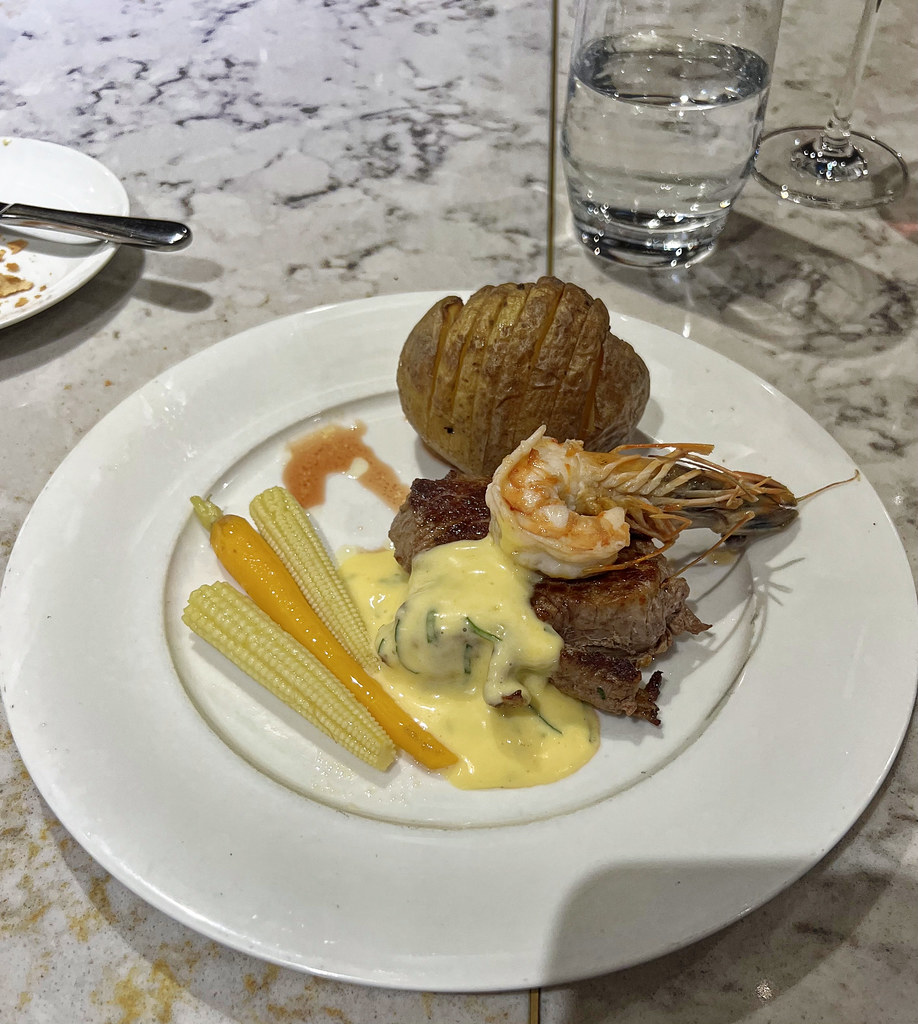 Leslie and I chose to not go on the group all-day tour to the Normandy Beaches and hung around the ship in the morning. Some who did go reported that it was a grueling (it was very hot) and sometimes disappointing excursion. In the afternoon we went back into Rouen and just wandered about. After ducking in and out of shops, we stopped by one of the many brasseries and sipped a lovely moscato while watching the world go by. 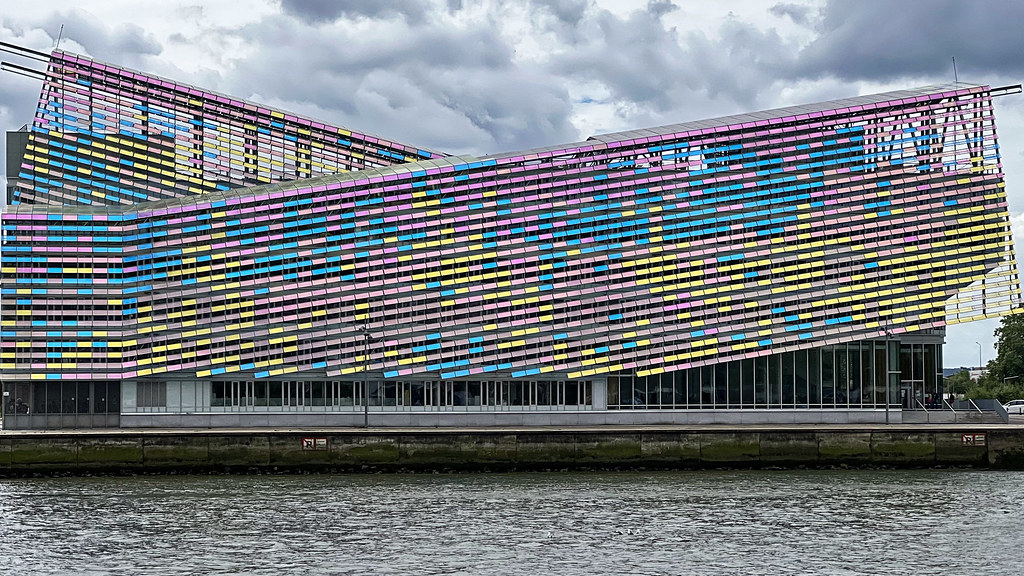 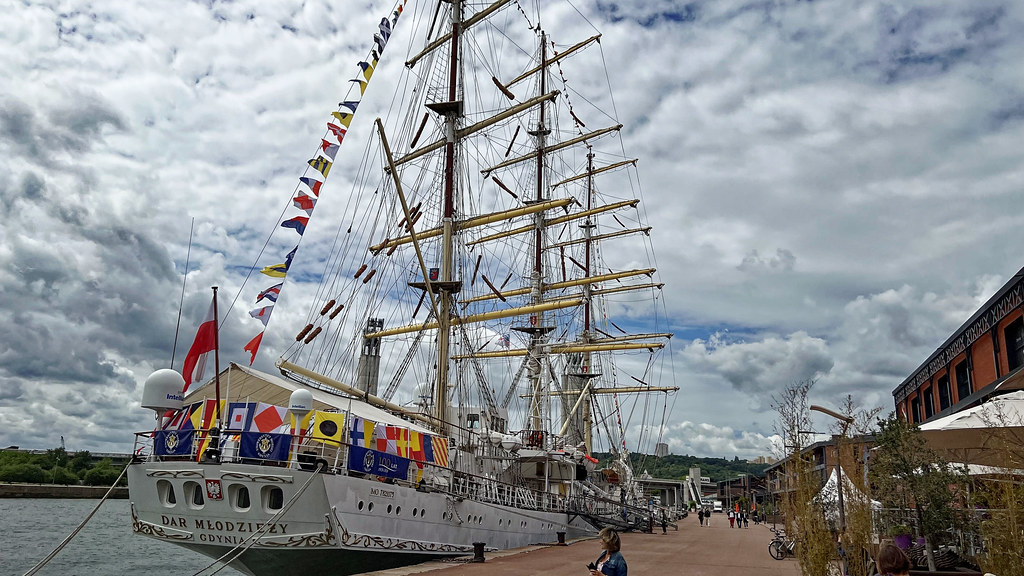 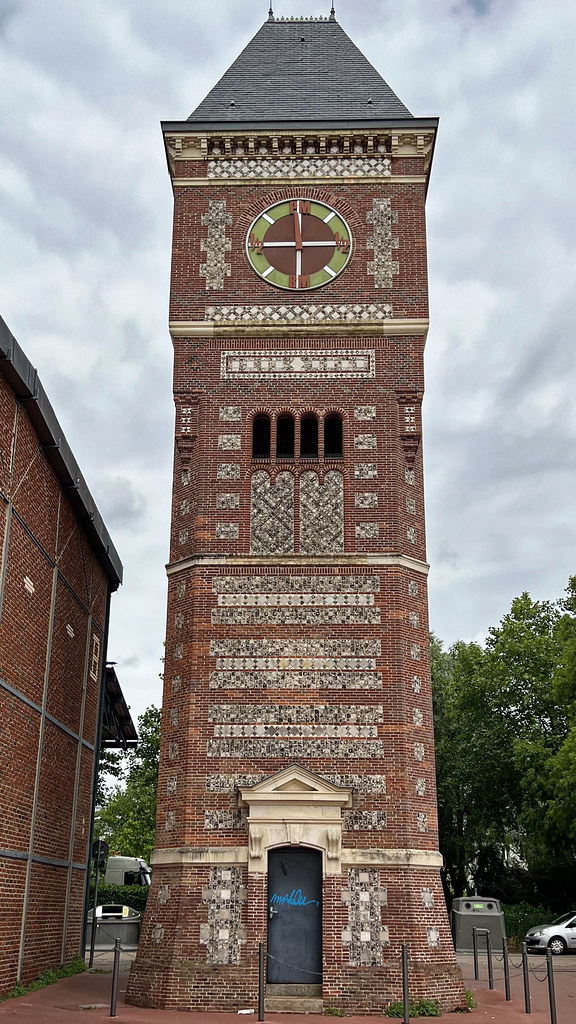 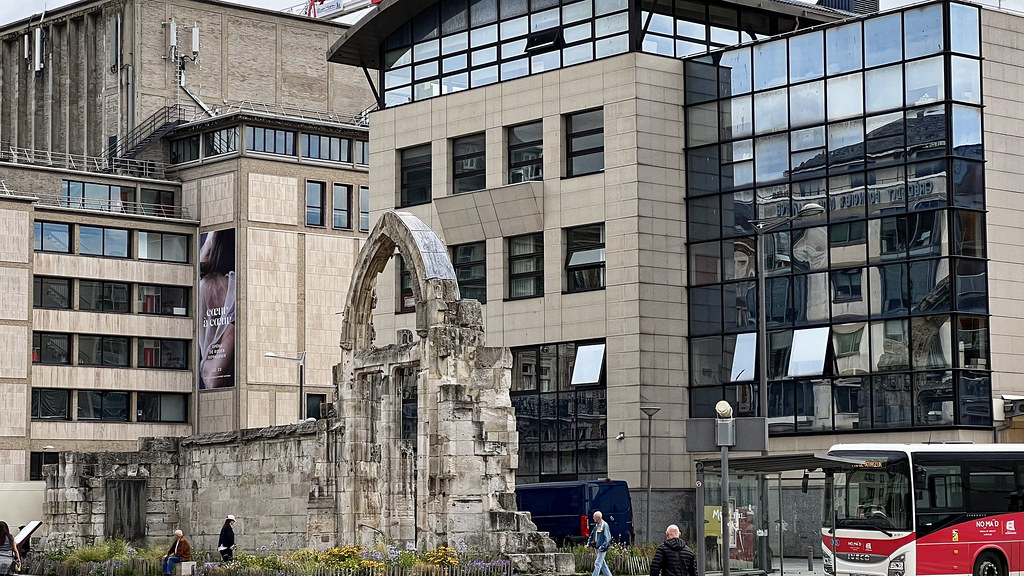 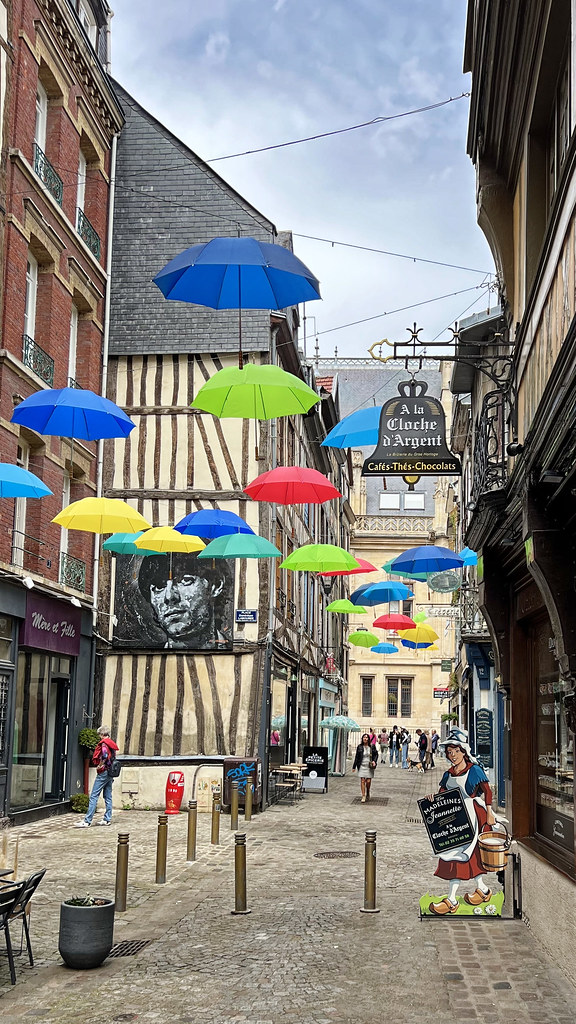