We were docked in Avignon this day, with off-ship excursions we chose to not participate in as we had done these before. Instead, we spent the day packing and relaxing. While sailing here, we passed impressive limestone cliffs. 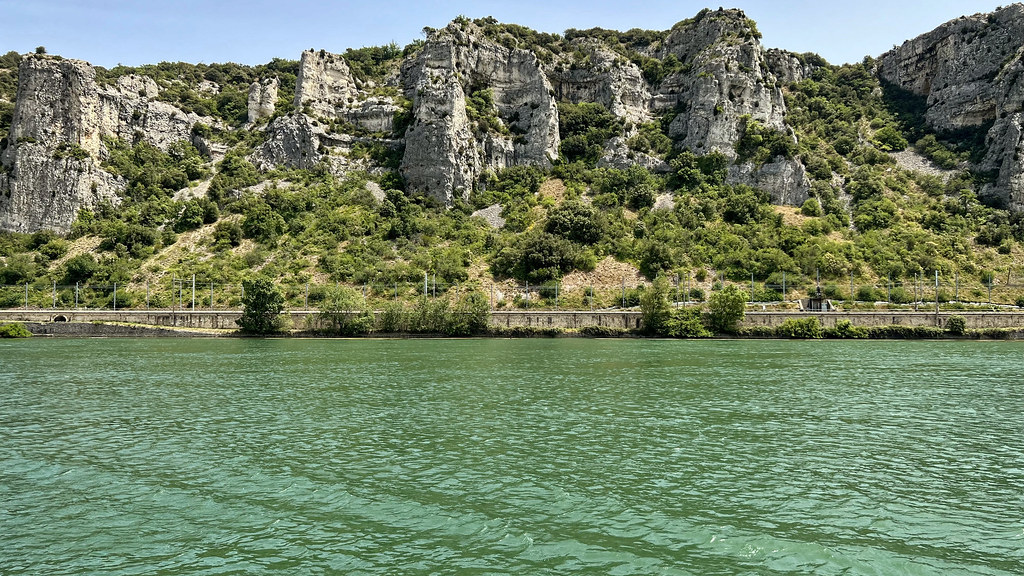 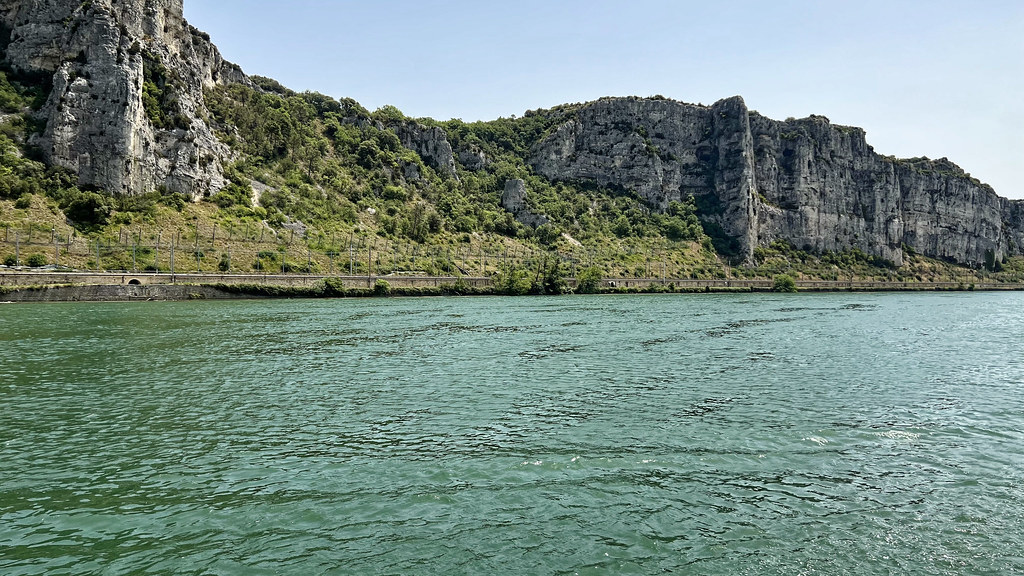 We docked in Tarascon, and then boarded buses for a morning walking tour of Arles. The city has various Roman ruins (hardly any place in France doesn't!), including an ampitheater that nowadays hosts such events as the Cocarde d'Or (course libre or bull racing), drawing competitors from across the region. 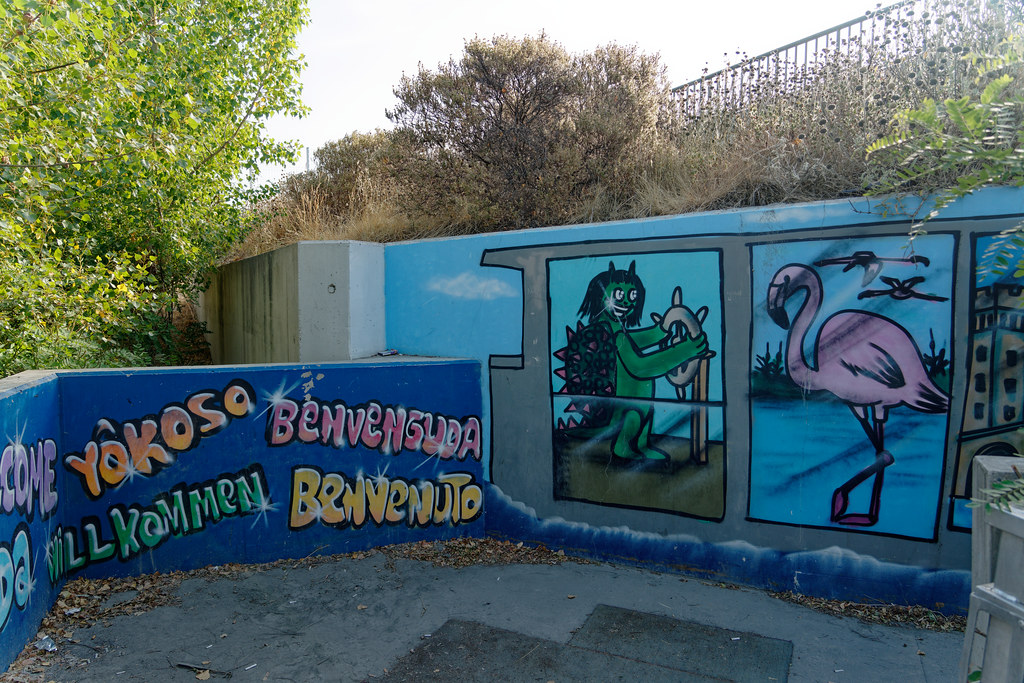 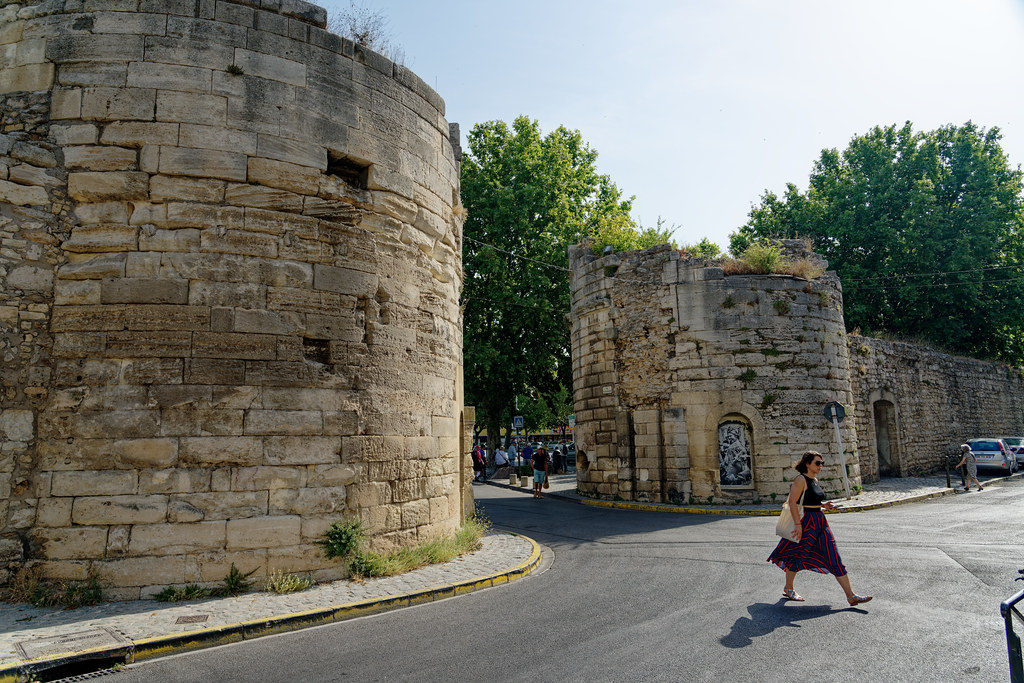 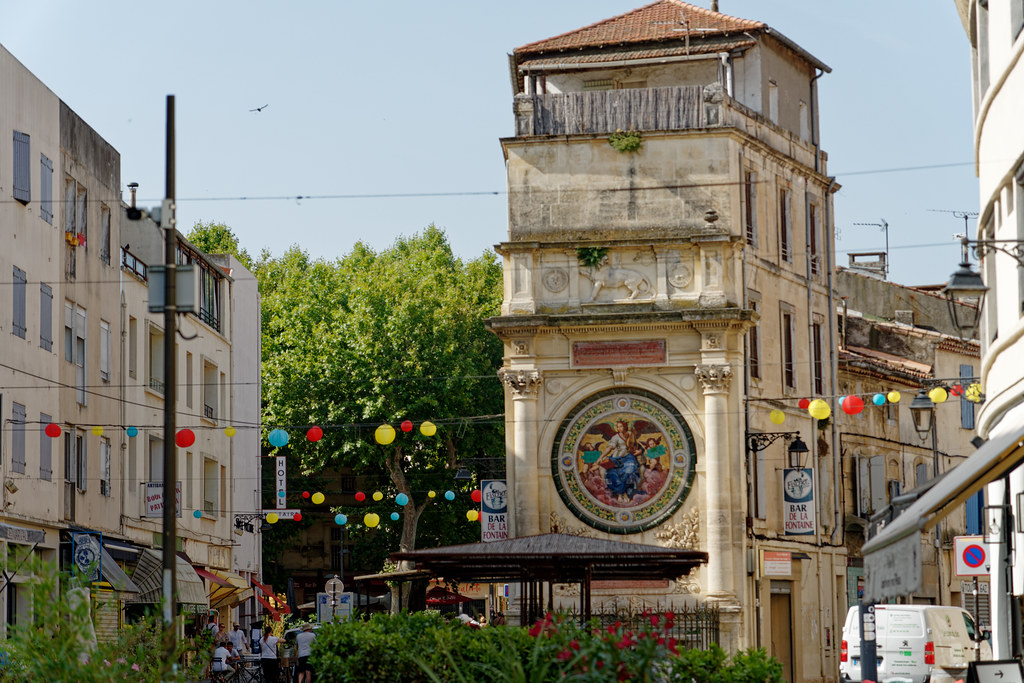 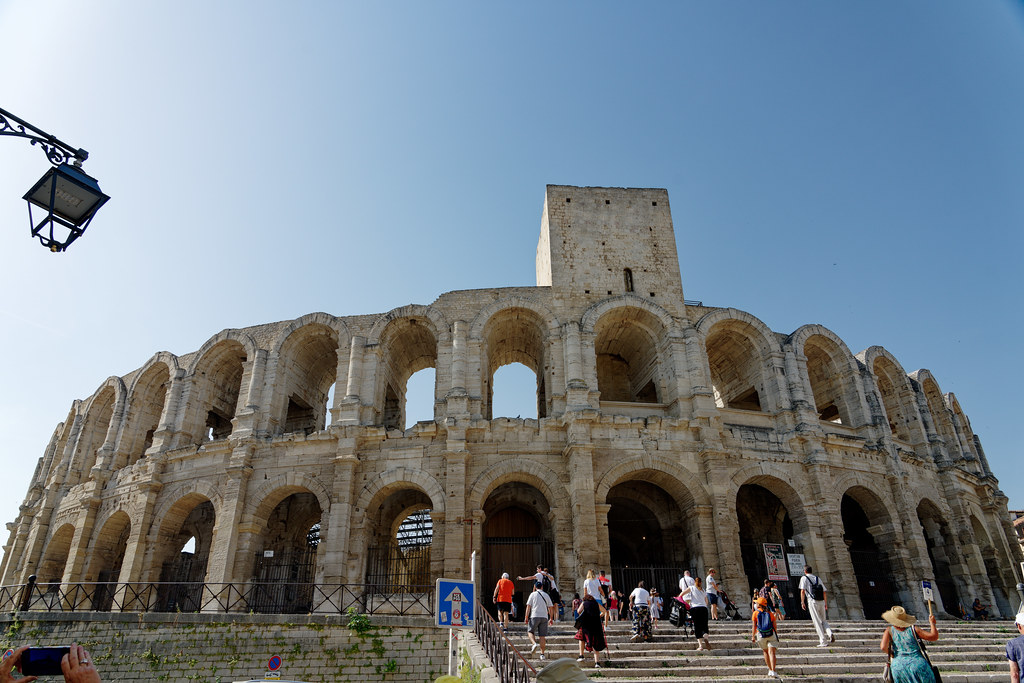 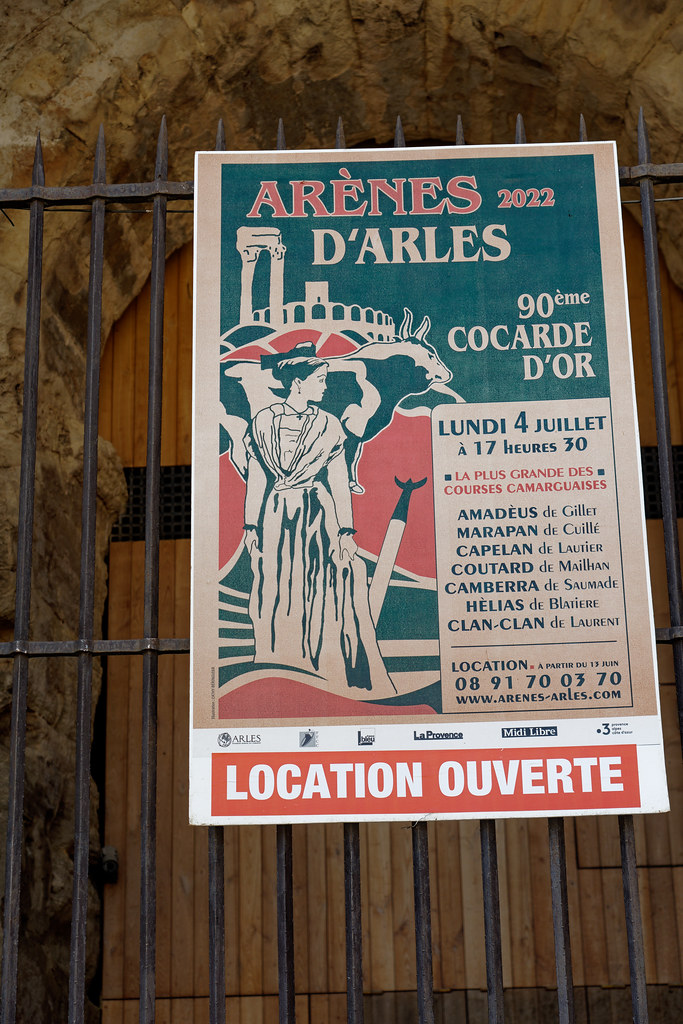 Arles is very proud of Vincent Van Gogh, who painted many depictions of Arles, and features a café that he portrayed in Yellow House - the café has been repainted and redecorated to match Van Gogh's portrayal, even though it did not look like that when he painted it. 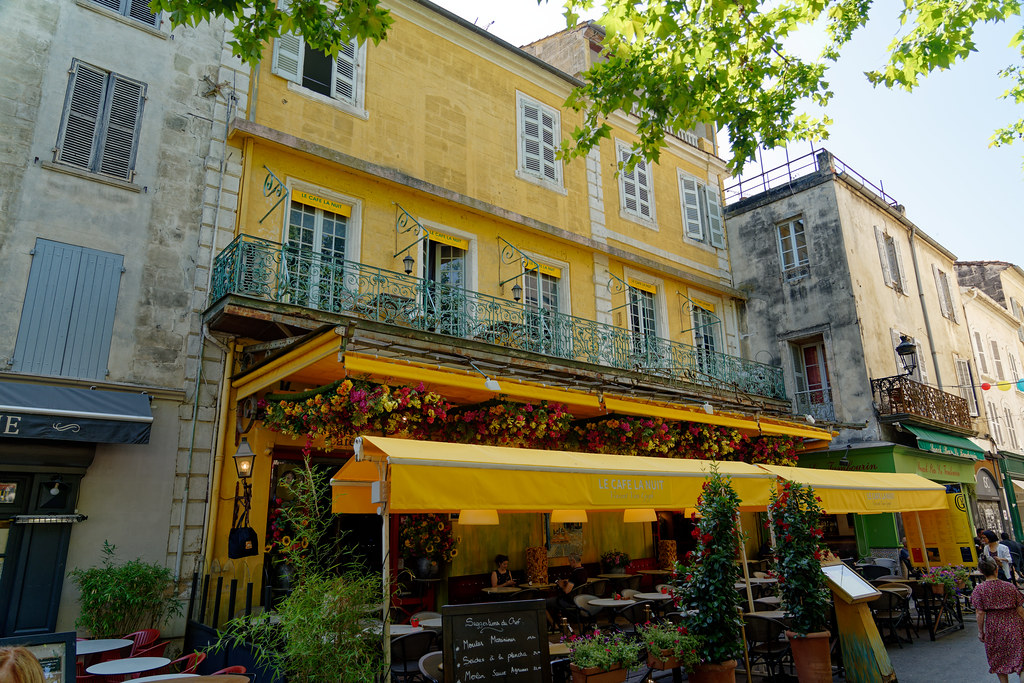 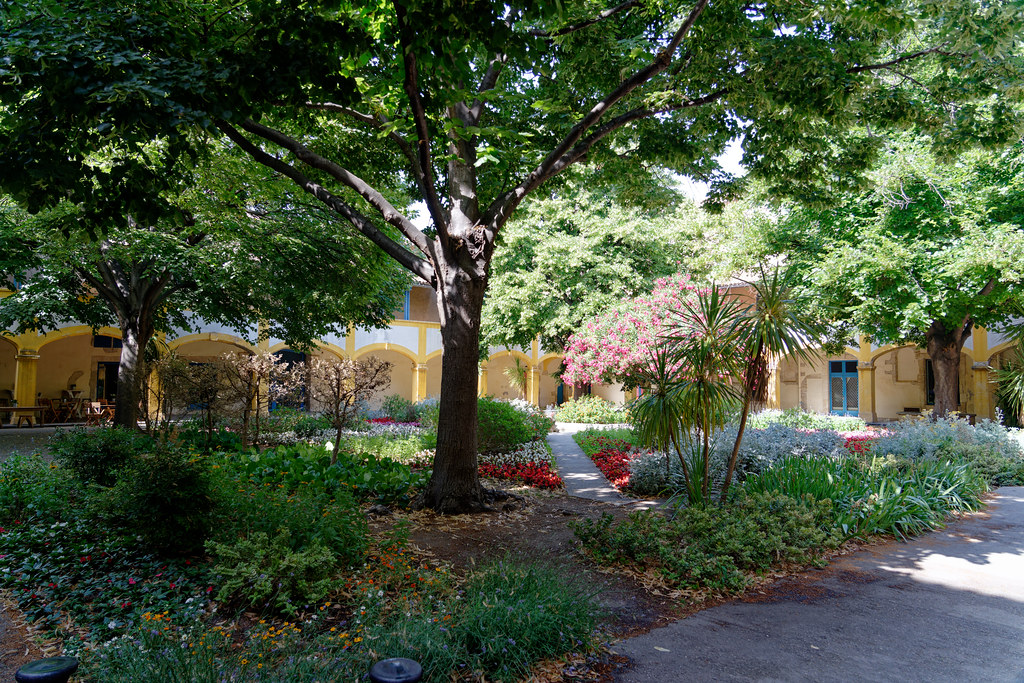 We happened along a funeral that had taken place in a large church on a city square. 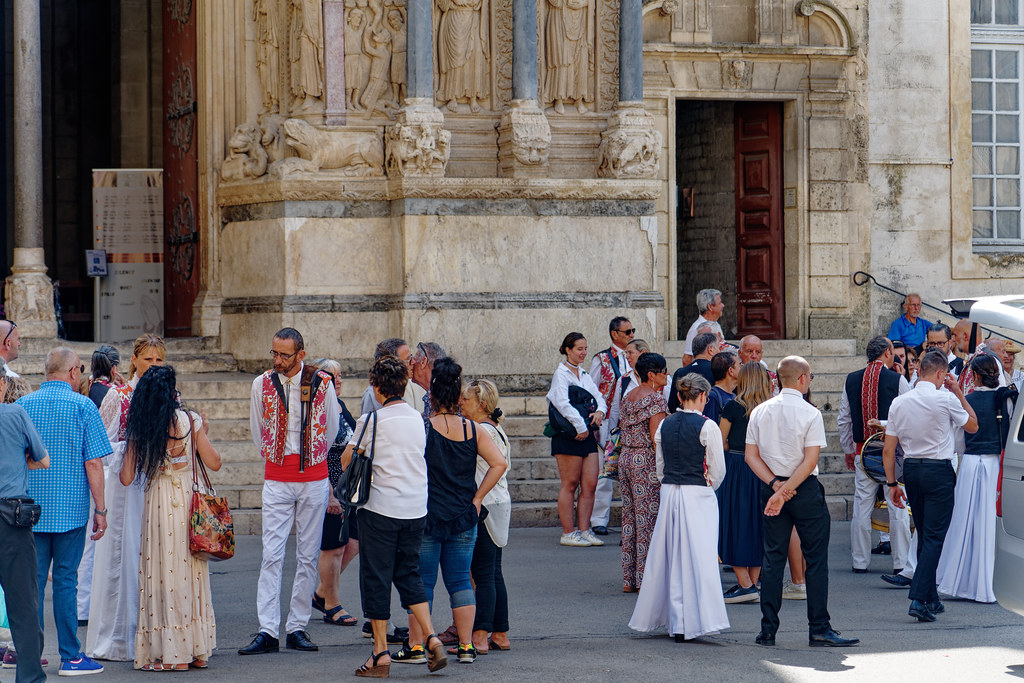 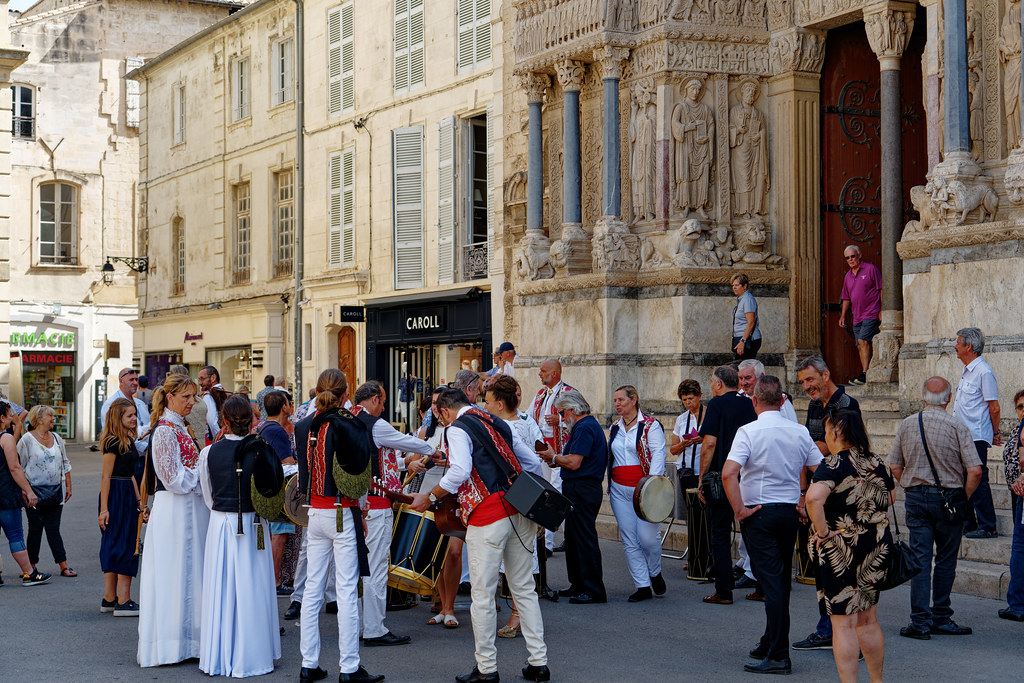 Next we were taken to Carrières des Lumières, an immersive light show inside an old limestone quarry. Videos and photos were projected on walls, ceilings and floors with a (sometimes booming) soundtrack. When we were there, the show mixed in artwork that can be found in Venice, along with more abstract images and other photos. It was more interesting than I expected, and a welcome relief from the blazing temperatures outside. 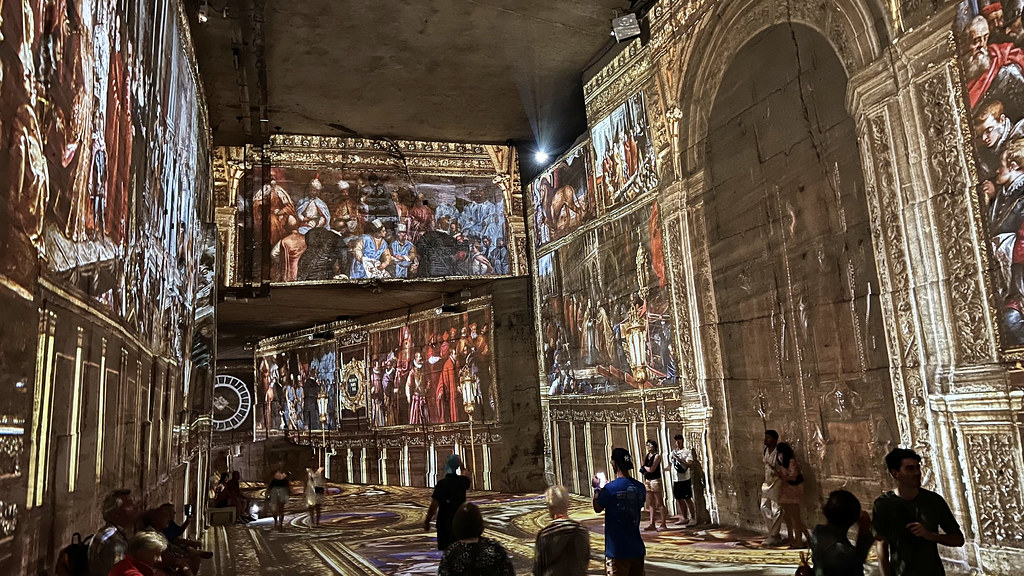 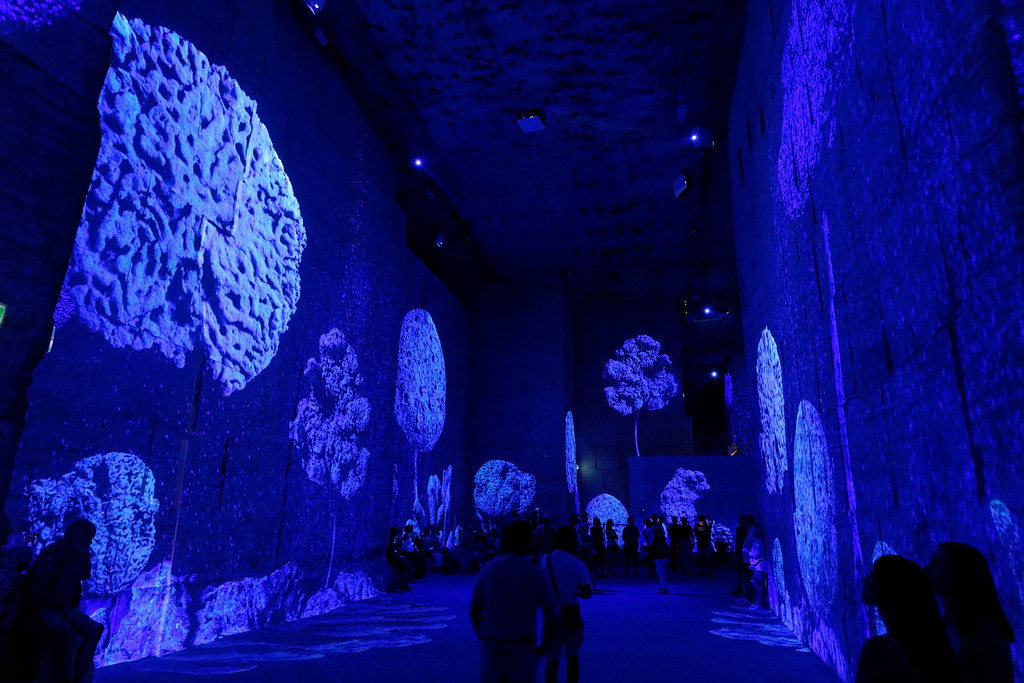 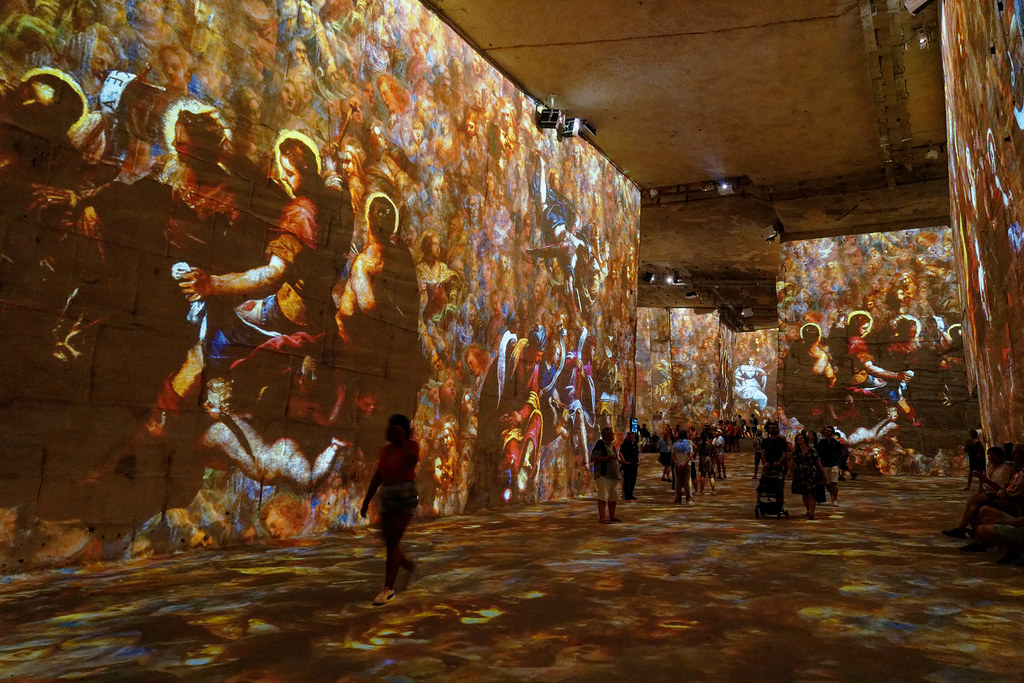 After this we visited an olive farm and production facility, the same one we had been to in 2012. We had fondly remembered the tapanade that we had bought then, and I had saved the emptied jar over the next ten years. Sadly, while they still sold tapanade, they had changed the way it was made and the four of us agreed that it wasn't as good as before. 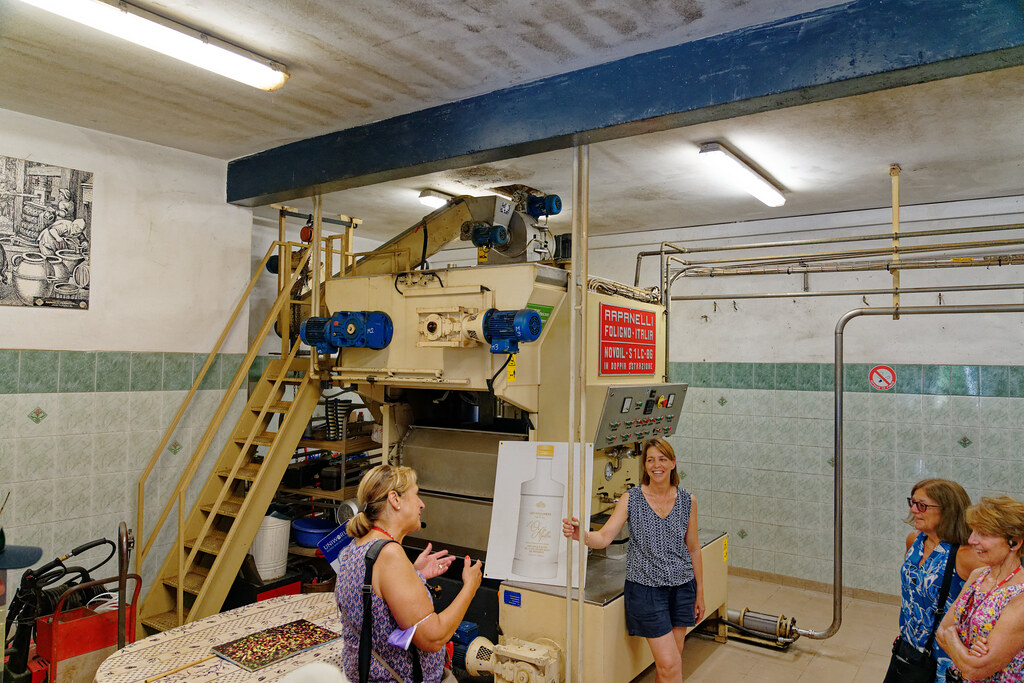 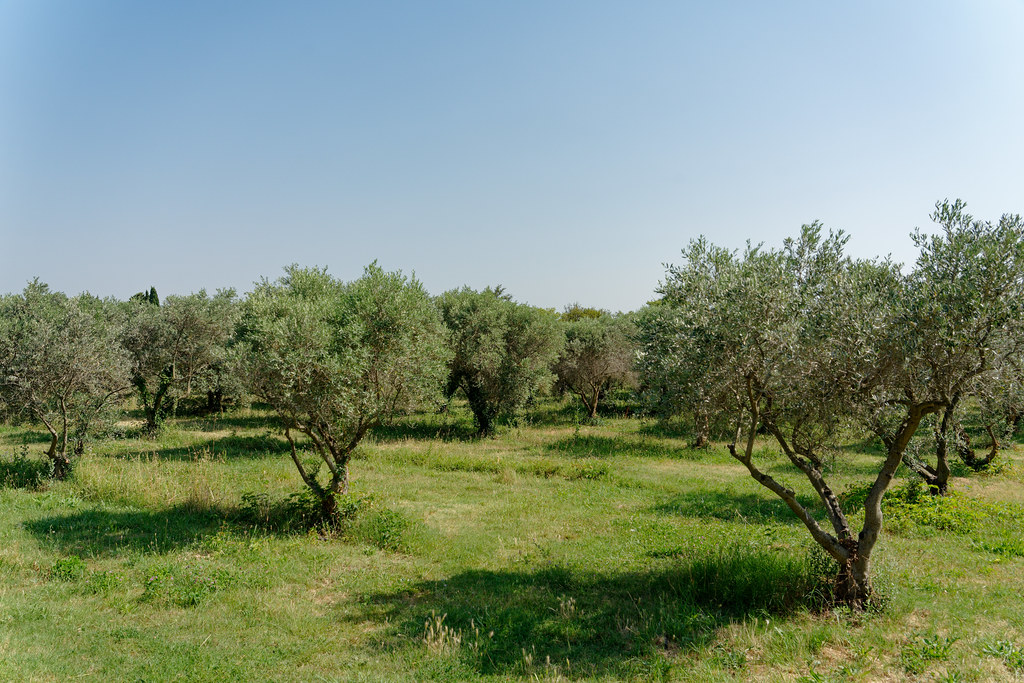 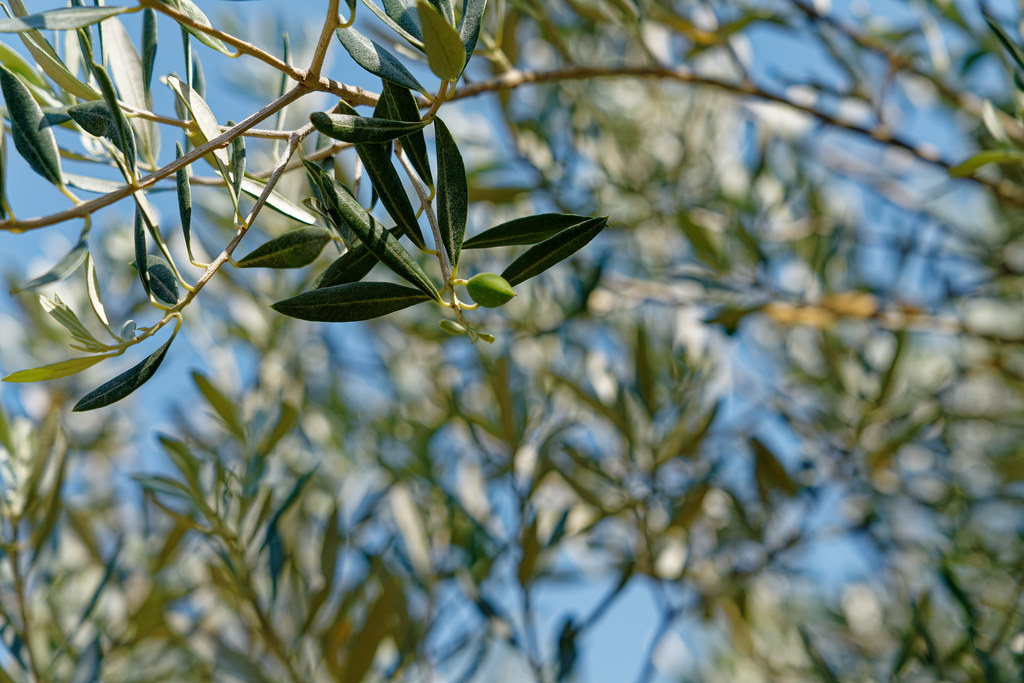 The first leg of our flight home was from Marseilles to Amsterdam. Oddly, I couldn't check in online for that flight, but the app did let me check in for the Amsterdam to Boston leg. I wasn't particularly worried about this, until I got to the counter and the agent asked if I had "papers for the change in flight". What change? It turned out that someone at Air France had messed up how they had entered the flights, having us fly from Amsterdam to Amsterdam (?), and the seats we had reserved were taken! After a lengthy phone call between the agent and Air France, we were assigned equivalent seats (just a row behind), which was fine.

So, we got on the plane, it started to taxi out, then returned to the gate for a "technical check". We were told it would be a half-hour, then another, then another. Others on the plane were getting nervous because they had short connections, on their phones trying to rebook. A lot of glum faces showed when they discovered that nothing was available until the next day. Our insistence on not allowing anything less than a three-hour layover was being vindicated, so we weren't TOO worried when the flight finally took off after an hour and a half.

What we didn't know was how long it would take to go through Passport Control at Schipol in Amsterdam, especially with the stories of multi-hour delays due to lack of staffing. Delightfully, Schipol had automated processing for US passport holders, and we were through in minutes. We ended up having about an hour and a half before boarding and chose to sit near the gate rather than go to a lounge.

We were flying KLM back - the first time we had flown them across the ocean. The food was somewhat disappointing compared to Delta, but the little ceramic Delft houses filled with Jenever gin were fun. The rest of the trip was uneventful, and our kitties were glad to see us when we arrived home at last.

So much could have gone wrong on this trip, including catching COVID, but we successfully avoided that and had a wonderful experience, exceeding our expectations. Our typical "weather luck" remained in force, as you can see from the (mostly) blue skies in the photos. Yes, it did get hot, but not so much so as to cause problems for us. This was our fourth visit to France, and we still love it. 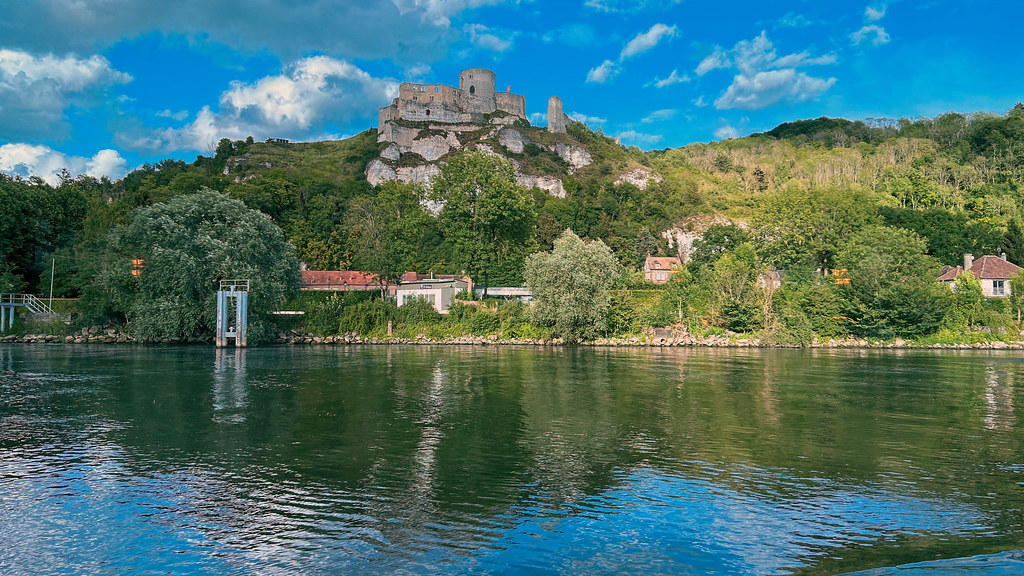